In 872, Harald the Fair-haired founded a settlement on the island of Karmøy, which for a long time became the center of his possessions, and after the conquest of other lands of western Scandinavia - the first capital of Norway. In 2005, the historical and cultural center Nordvegen (Nordvegen Historiesenter på Avaldsnes) was opened here, introducing its visitors to the great era of the Vikings, who, until the middle of the 11th century, rushed to new lands as conquerors and merchants, spreading their influence in the west to Greenland , and in the east - to the Caspian Sea. 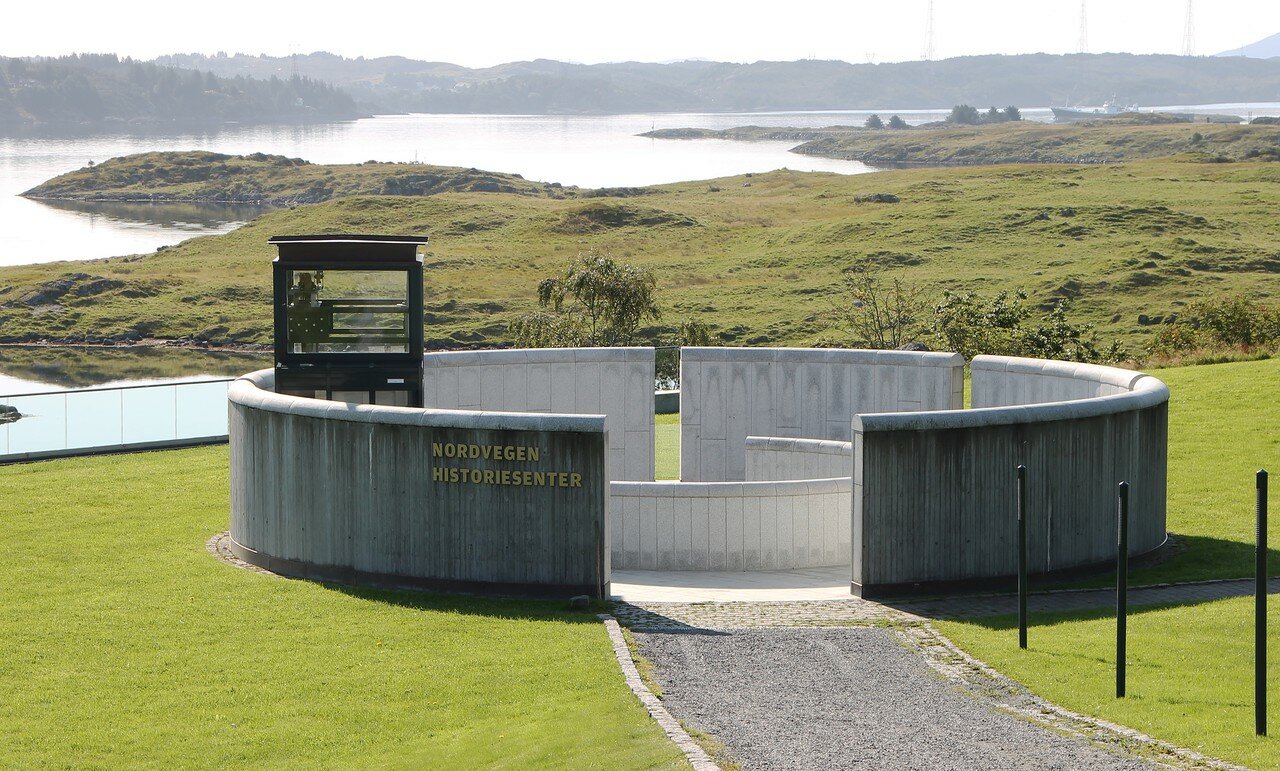 In order not to disturb the beautiful views of Avaldsnes, the premises of the museum were hidden underground. 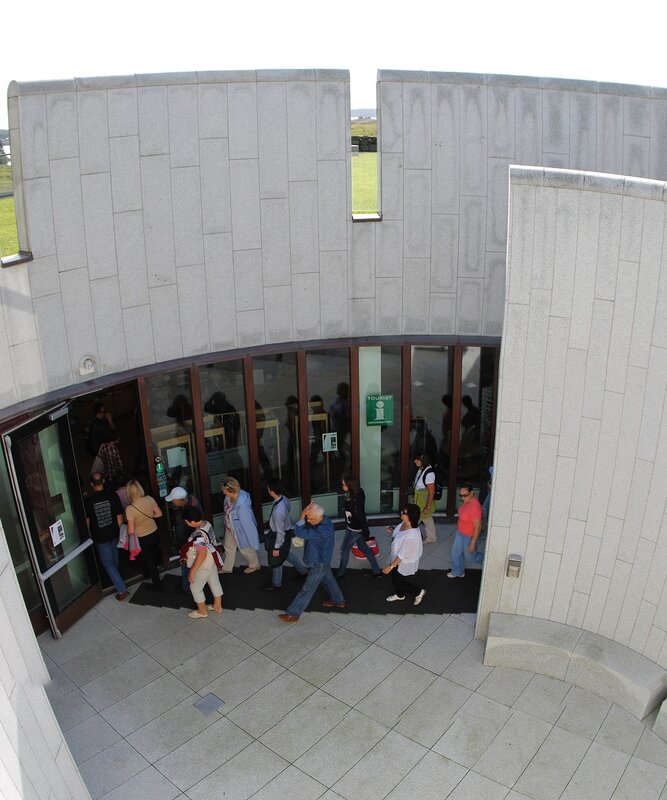 As the legends say, a woman prompted the future Viking king to unite the scattered communities-principalities of the ancient Norwegians. The petty prince of Avaldsnes, Harald Horfager, wanted to marry a princess from Bergen, but she refused, pointing out the insignificance of his possessions. Harold decided to eliminate this deficiency by leading his army to conquer neighboring principalities. Starting his campaign, he vowed not to cut his hair, for which he received the nickname Harold Shaggy. 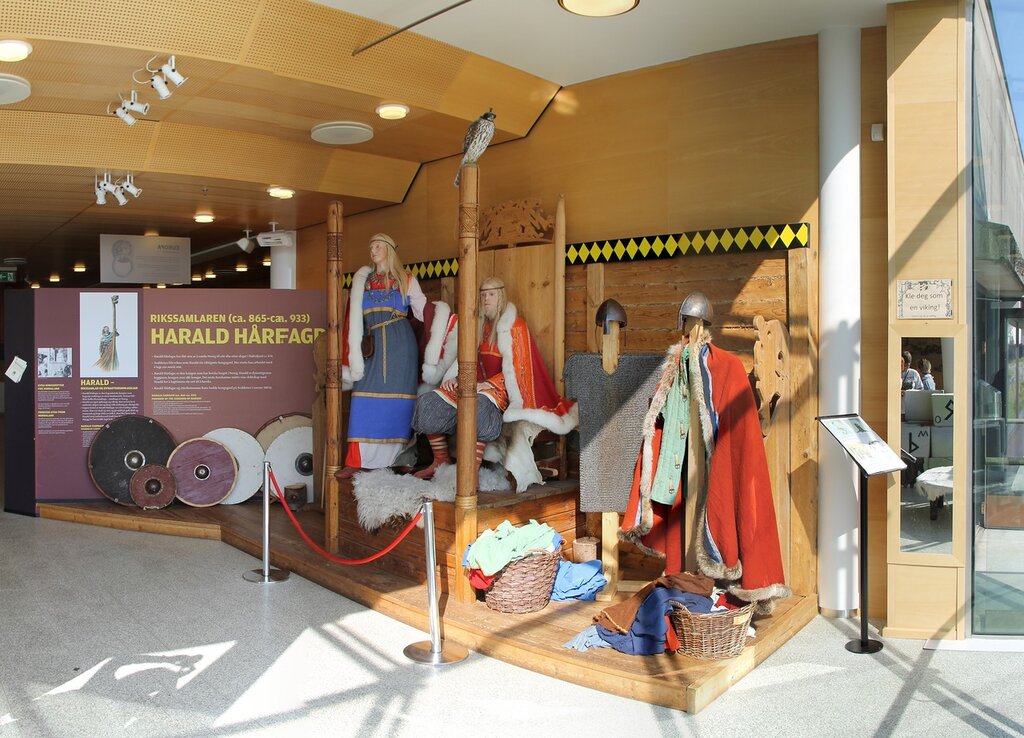 Harald's victorious march through the Scandinavian lands ended with the great battle at Hafrsfjord (about 872), after which he began to call himself the ruler of the Norwegians. It was then that the united territories received the name "Norway", which meant "the northern route", since the principalities north of Avaldsnes were conquered. At the same time, the Bergen princess became the wife of Harold, and the first king of Norway began to be called Harold Fair-haired instead of Shaggy. 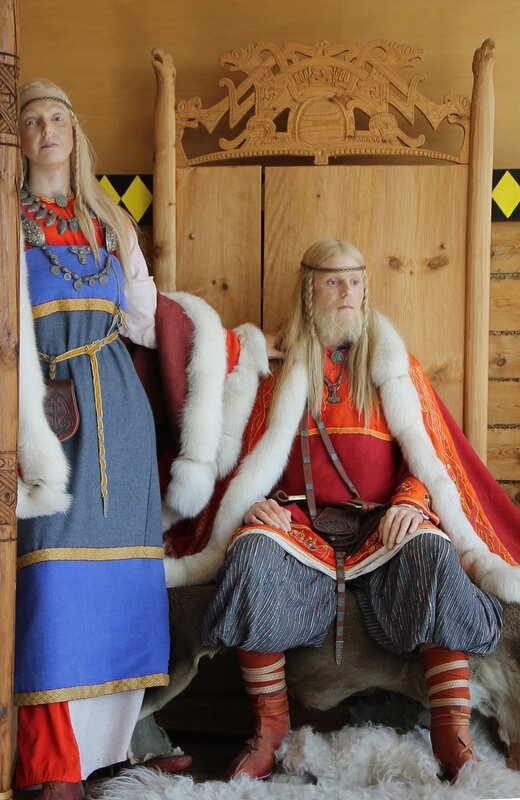 The ancestors of the Vikings came to these lands after the retreating glacier. The nomadic tribes lived by hunting and gathering.

These pictures depict a typical village of the Viking Age. The reconstruction of such a village is located a kilometer from the Historical Center. 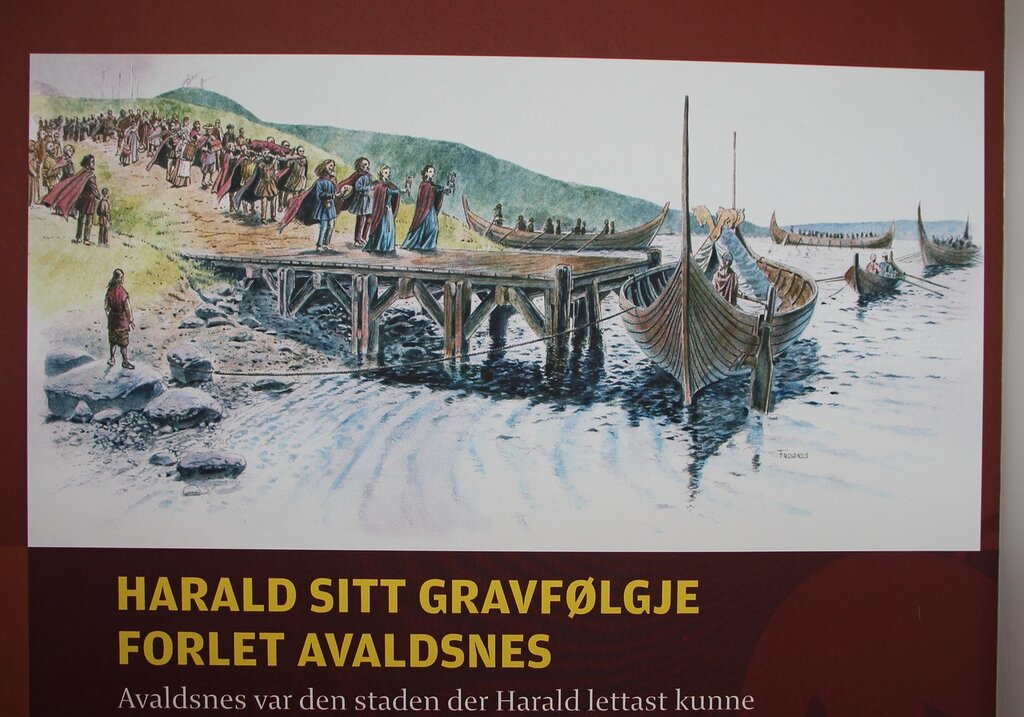 The clothes of men, who were simultaneously farmers, hunters and warriors, were very simple and functional. 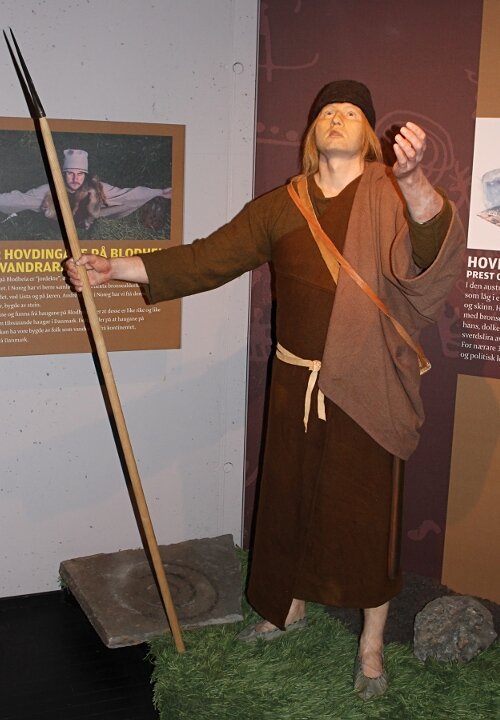 Women, of course, could not do without ornaments and decorations. 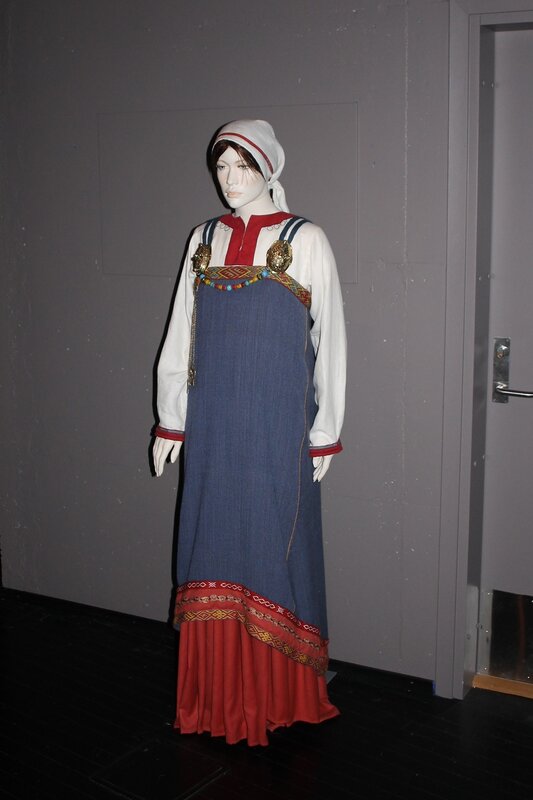 The entire community, which was a large family, lived in a large house, built in the form of an overturned ship. 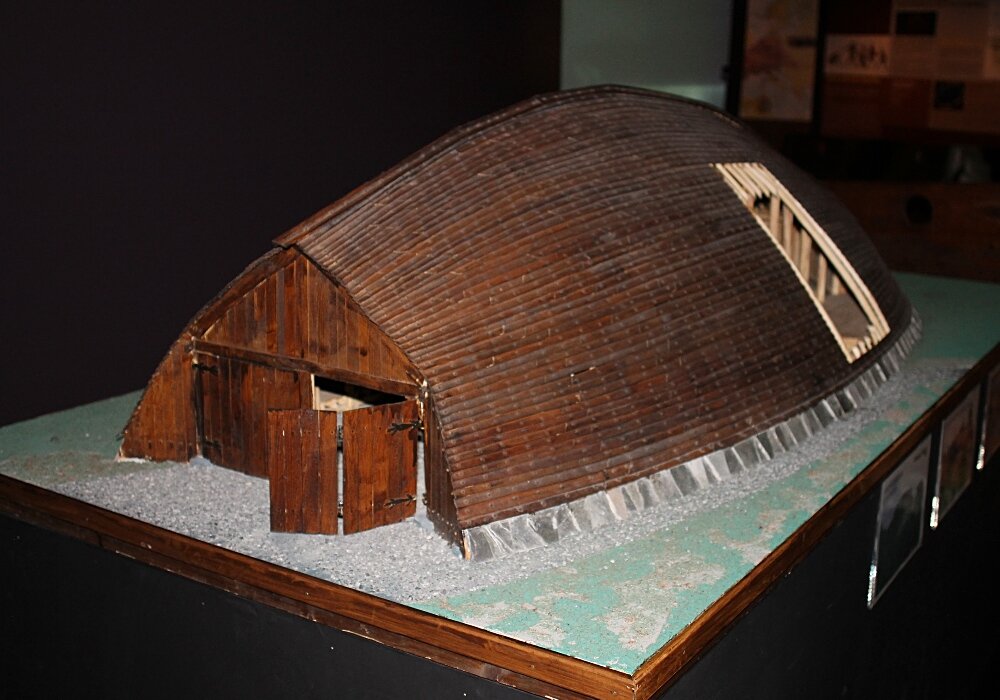 Such houses were the center of farm villages, and outbuildings were located around. 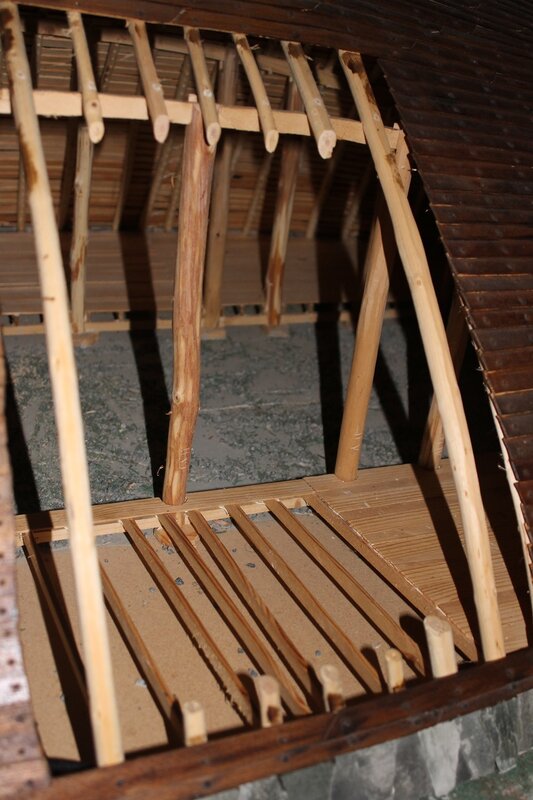 There were also elements of comfort in the houses - wooden beds, benches were covered with skins. 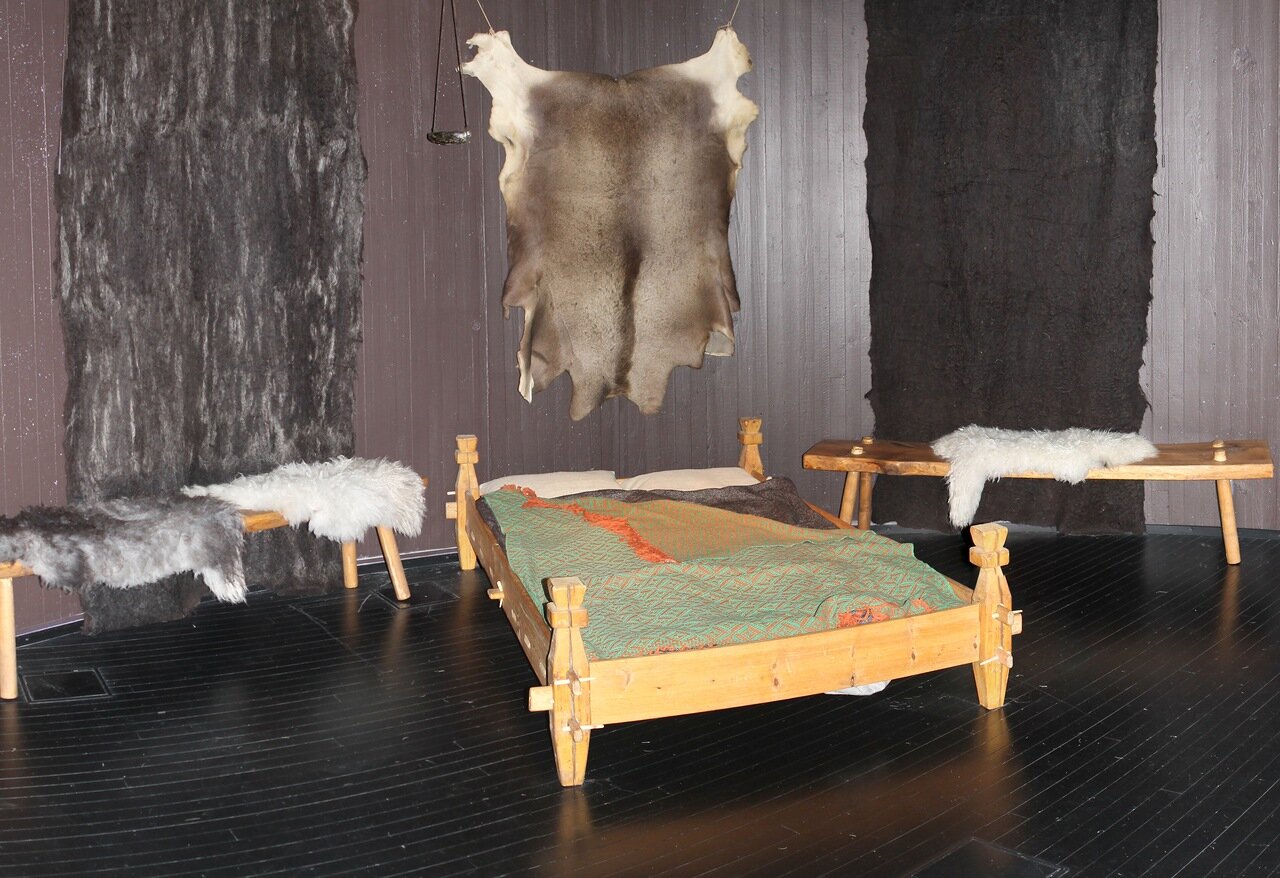 In the long winters, the ancient Norwegians were engaged in the manufacture of linen and hides. 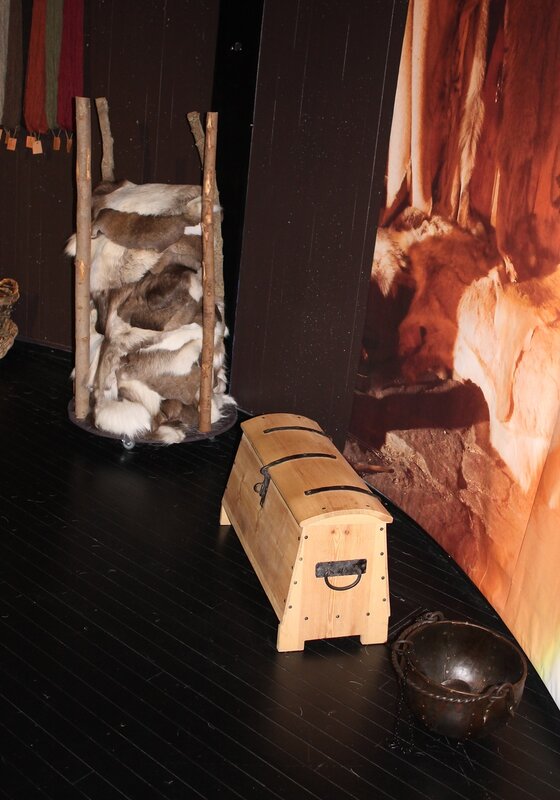 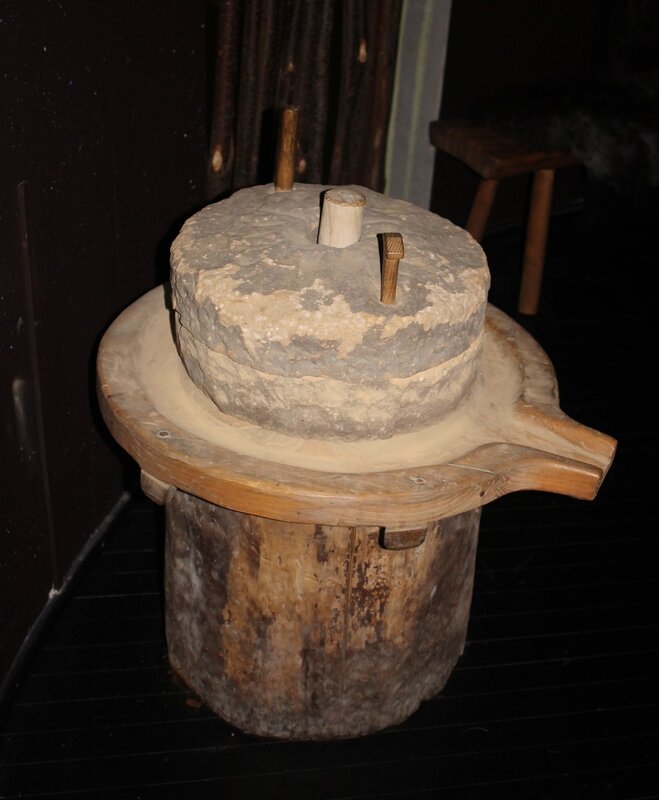 Trolley for transporting agricultural products. Although the Vikings did not have cavalry, since they moved mainly on water, horses in their farms were distinguished by their low growth and frost resistance. Now this breed bears the name "Icelandic". 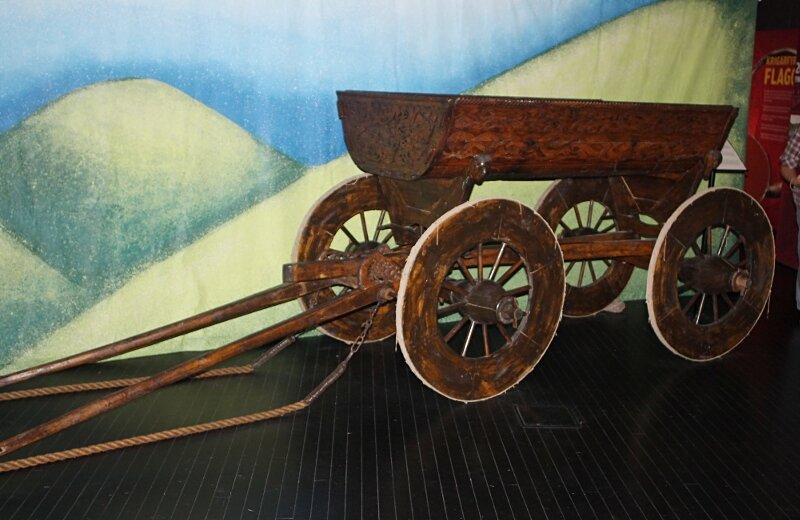