The lack of fertile land led to constant fighting between communities, and those who did not get land were forced to take up banditry. And to do that, you had to be able to hold a weapon in your hands. In the Viking village, everyone can try their hand at old Norse "applied sports". 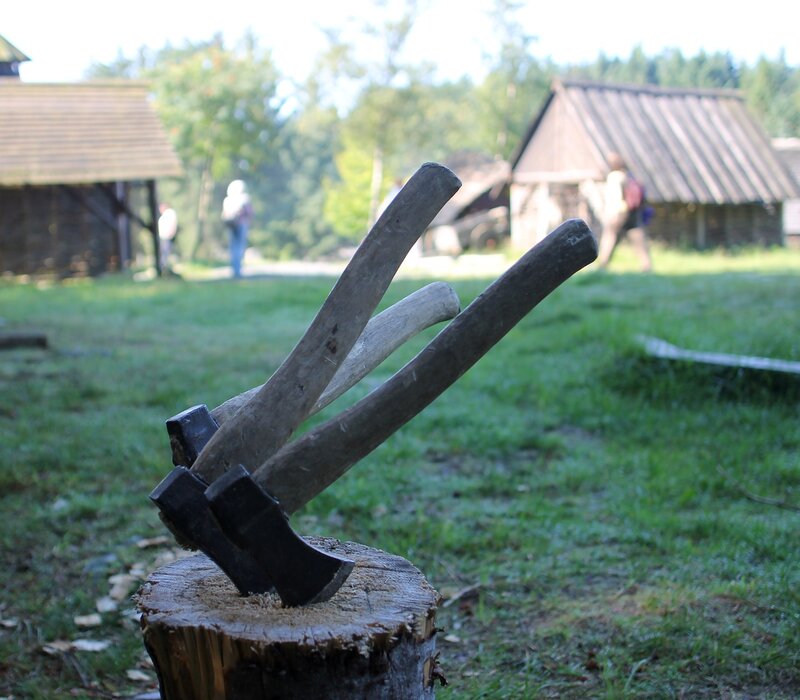 To begin with, the "Viking"-an employee of the Museum-demonstrated his skills. 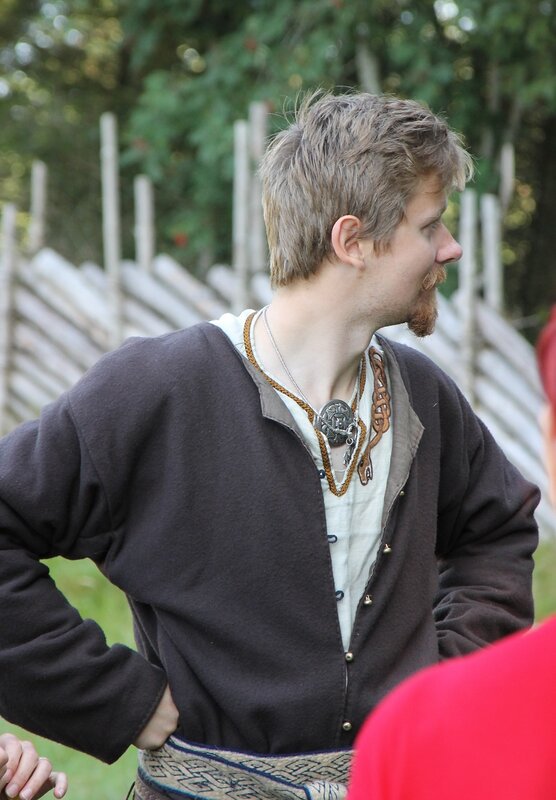 Then-a short briefing. For some reason, the female part of the group showed the greatest interest in this. 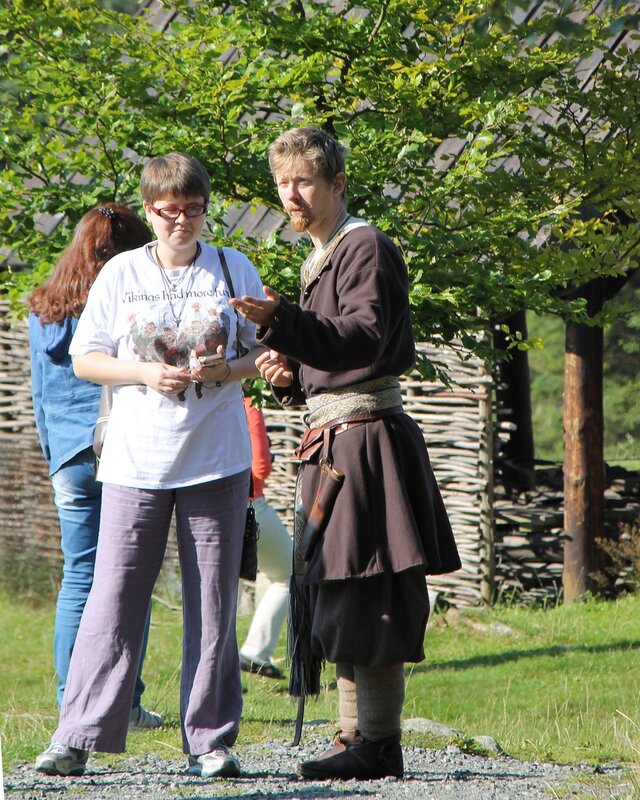 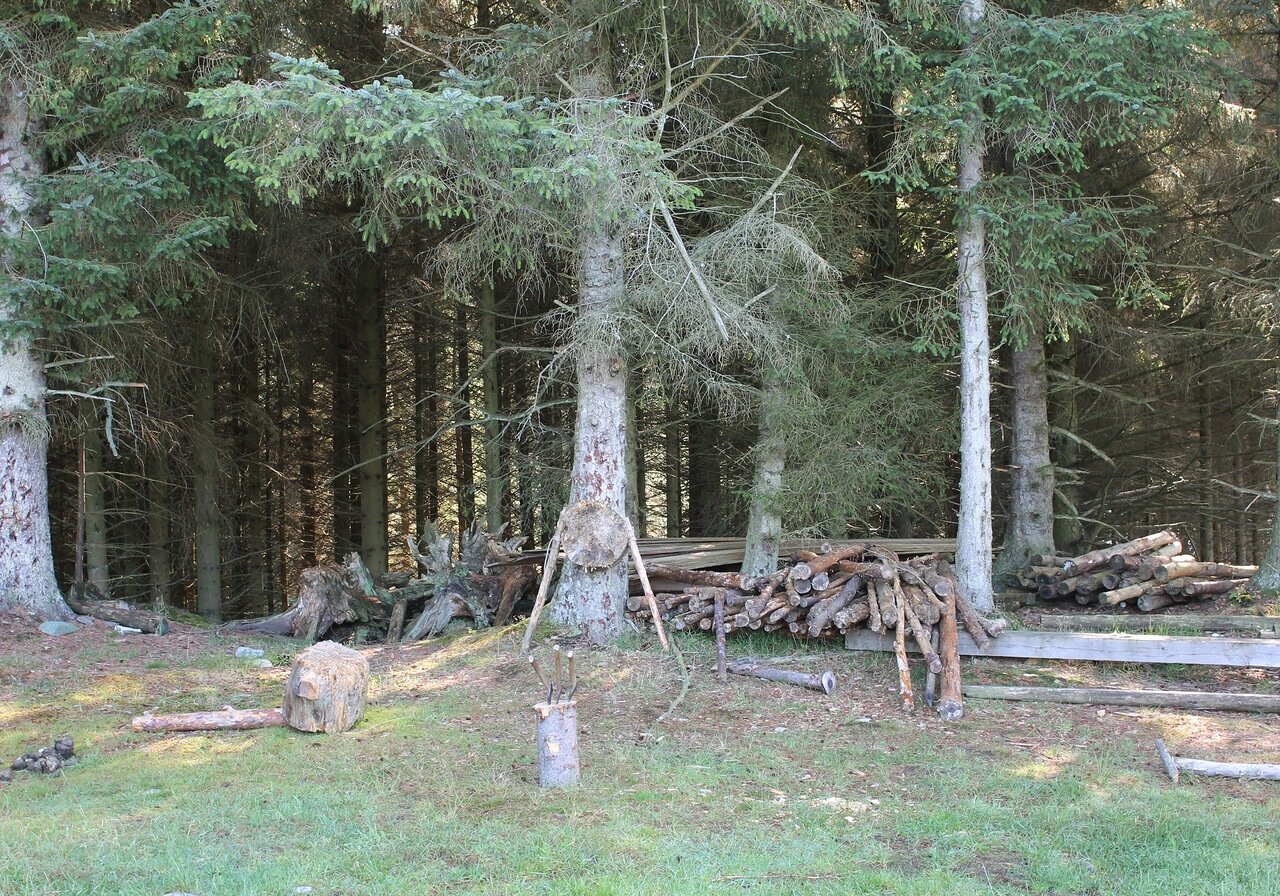 Of the three axes, one flew into the thicket, another fell near a tree, but the third still hit the block. That's not bad... 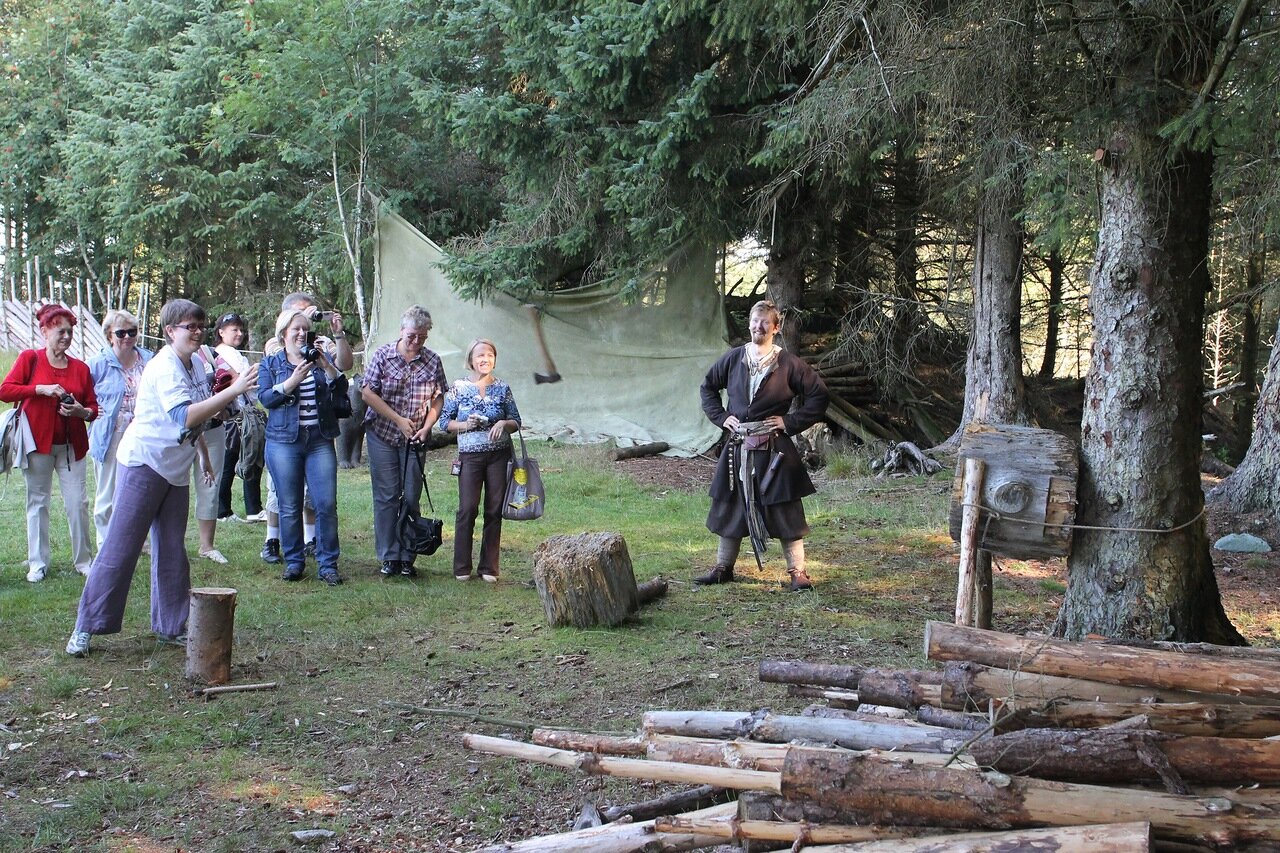 Then there was the javelin throw. Here, too, the first throws were made by women, but men did not stay away. 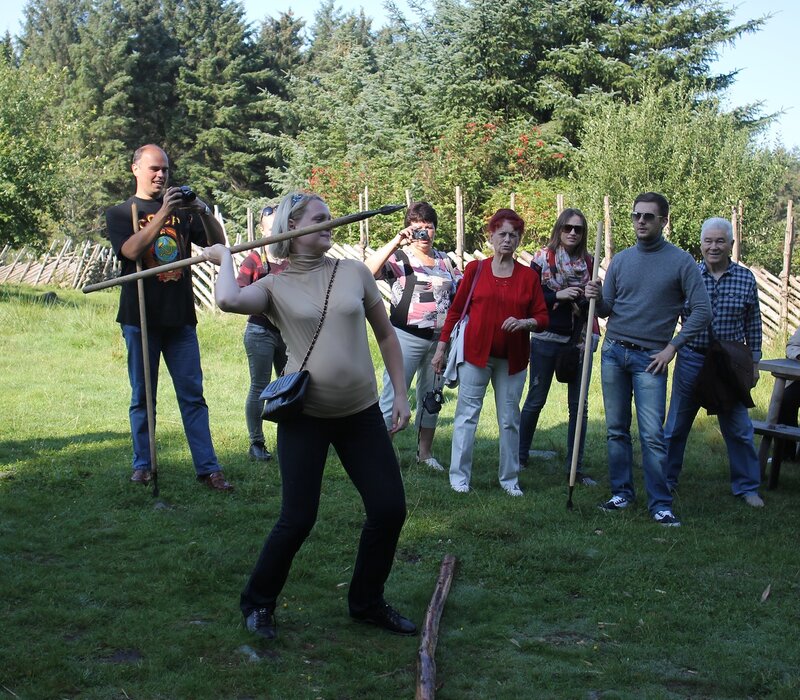 It was not possible to shoot arrows at the bear - the rules forbid it when there are schoolchildren on the territory. 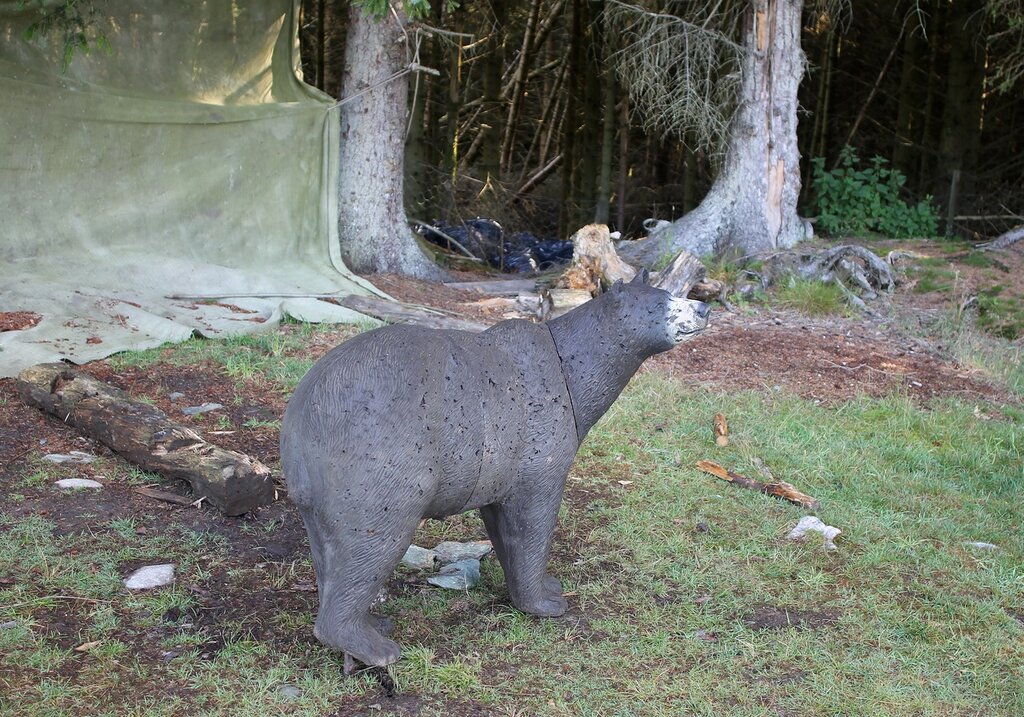 Despite the fact that a trap net is stretched behind the bear, 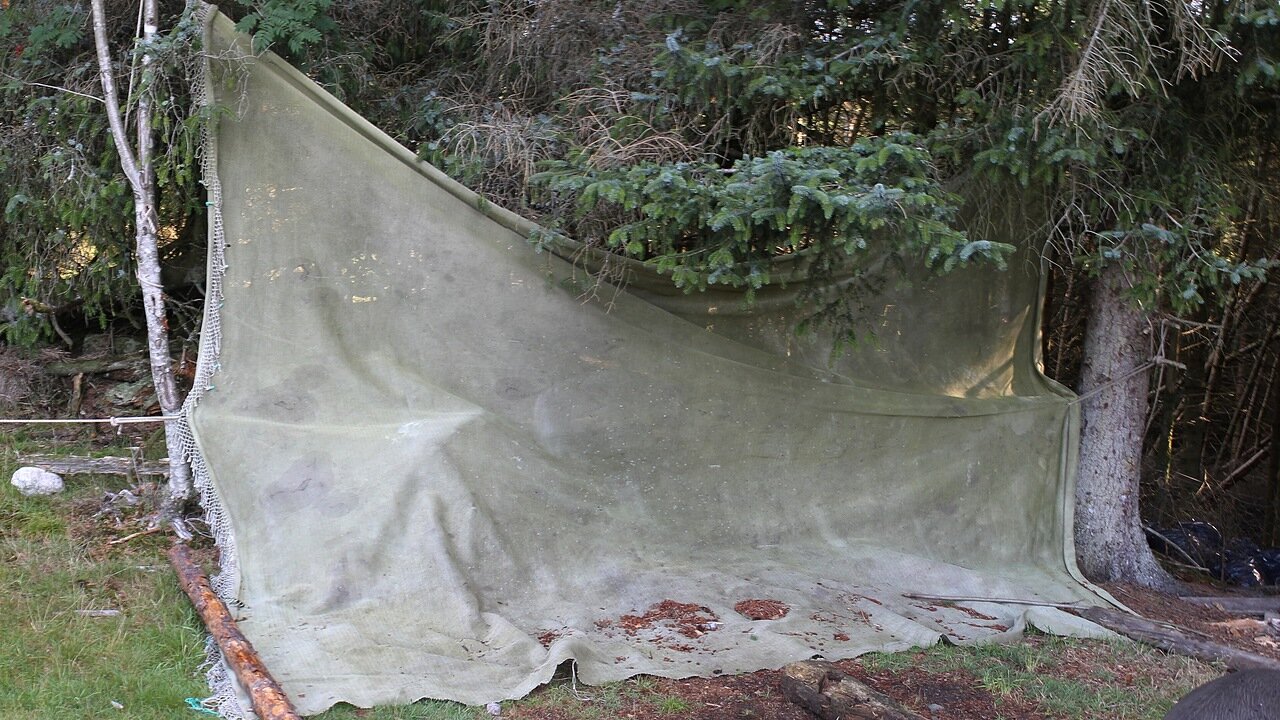 but the students were in a completely different direction, the rules are strictly observed. 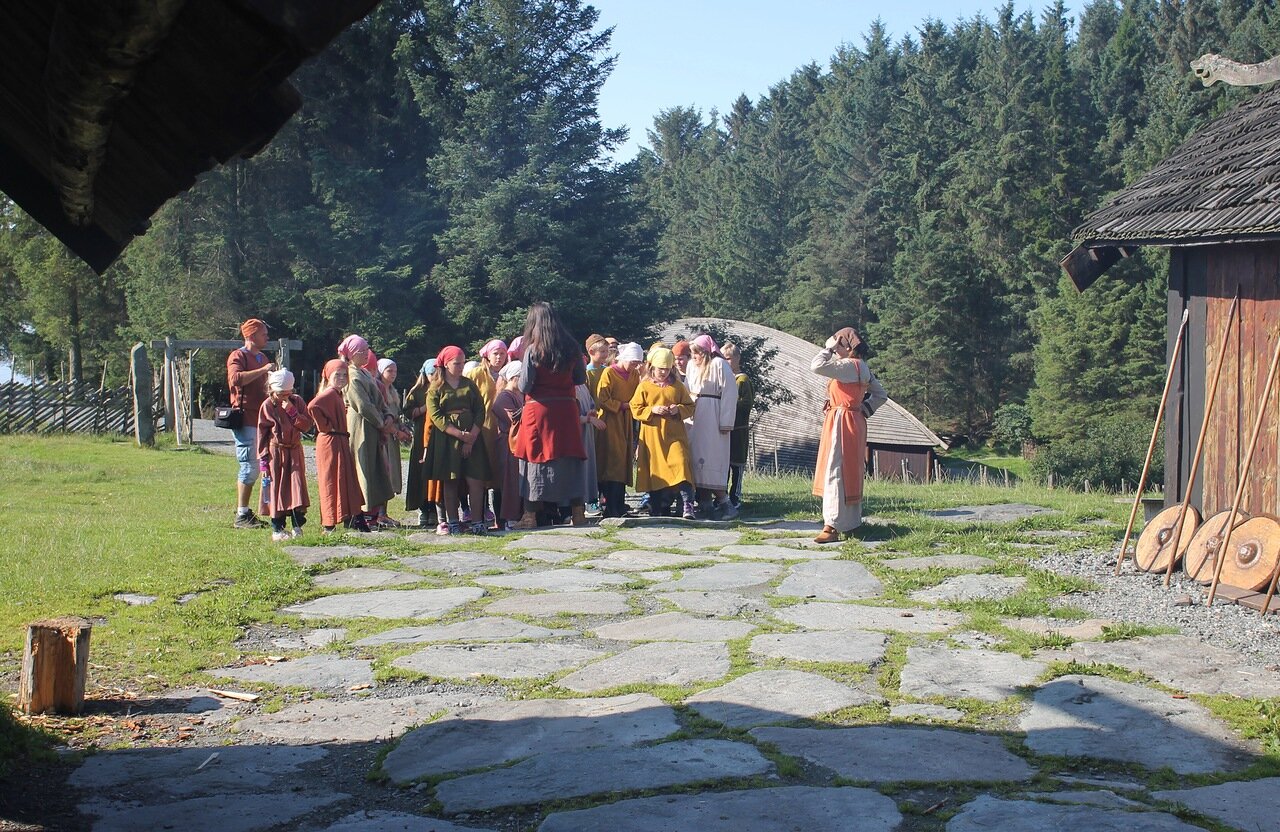 Well, and of course, everyone was able to capture themselves with the warlike attributes of the great robbers. 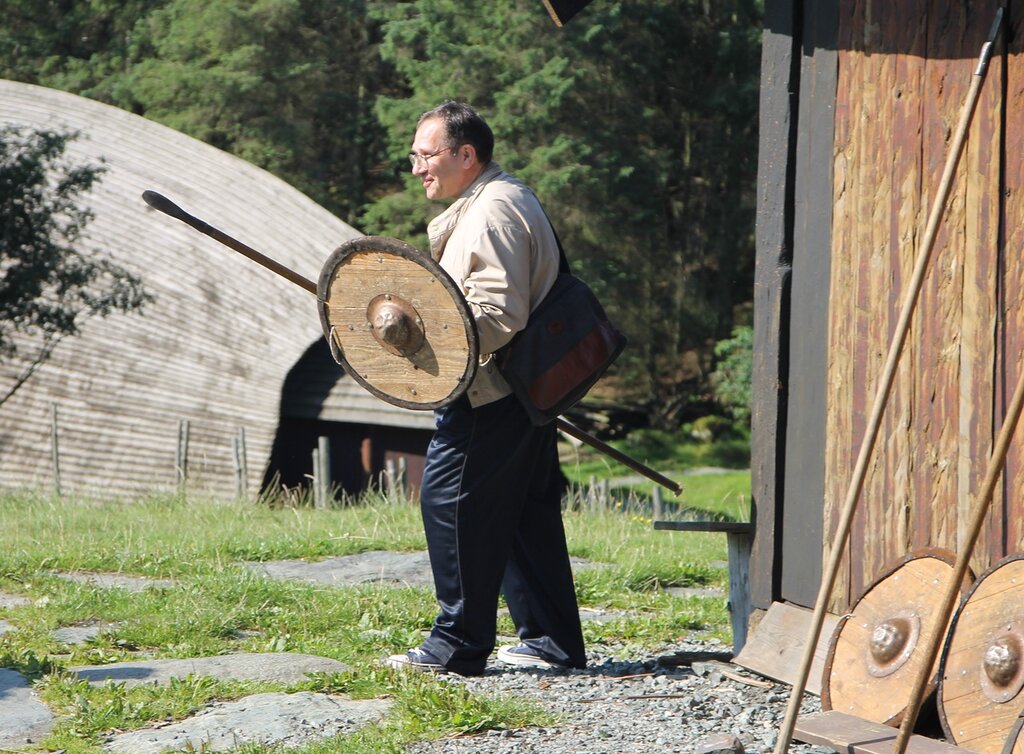 On weekends, theatrical performances are held in the village, showing the life of the community - the Museum staff prepare food, engage in needlework and crafts, sing songs. 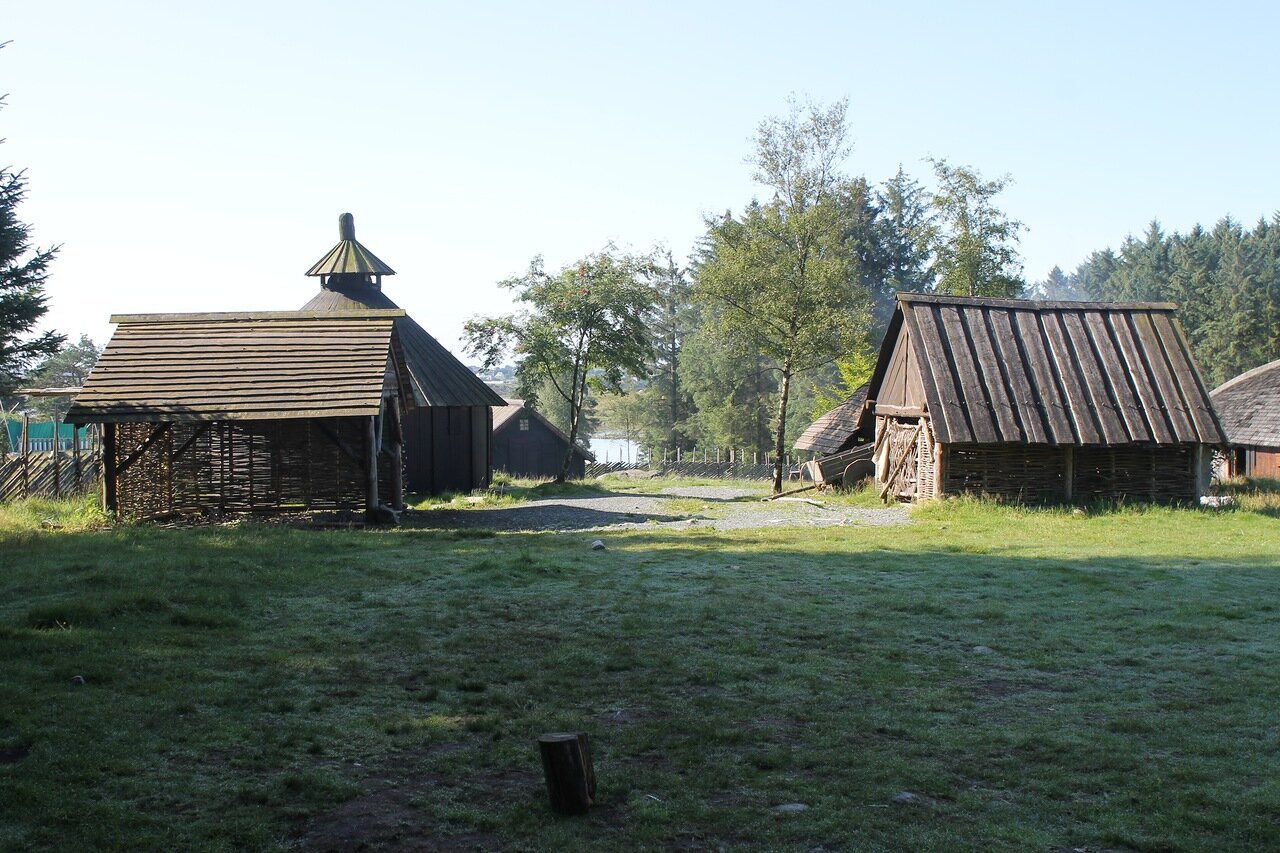 Farms like this were the Foundation of the Viking state. Whether they were engaged in hunting, merchant shipping, fishing, or sea robbery, these small communities were always their home. 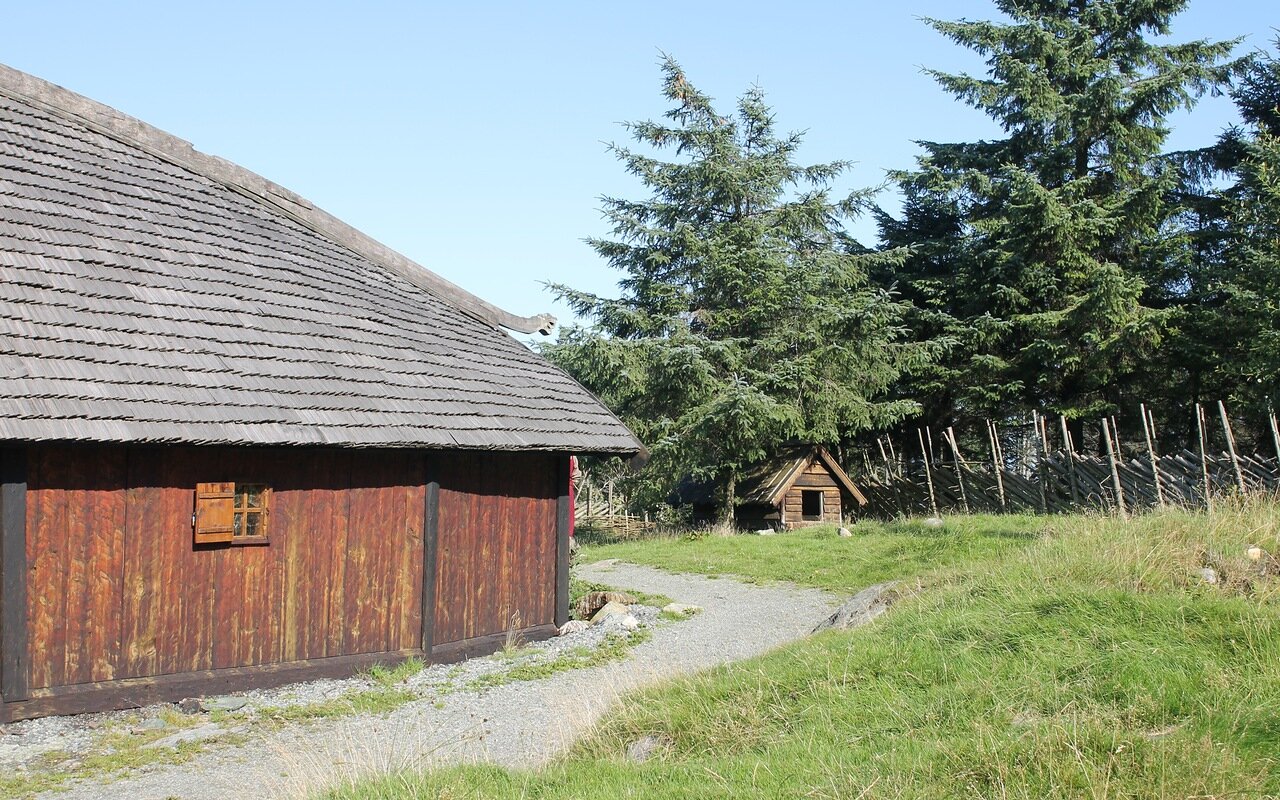 Now Norwegian schoolchildren have the opportunity to visually study the history of their distant ancestors, for completeness of perception, by dressing in their clothes. 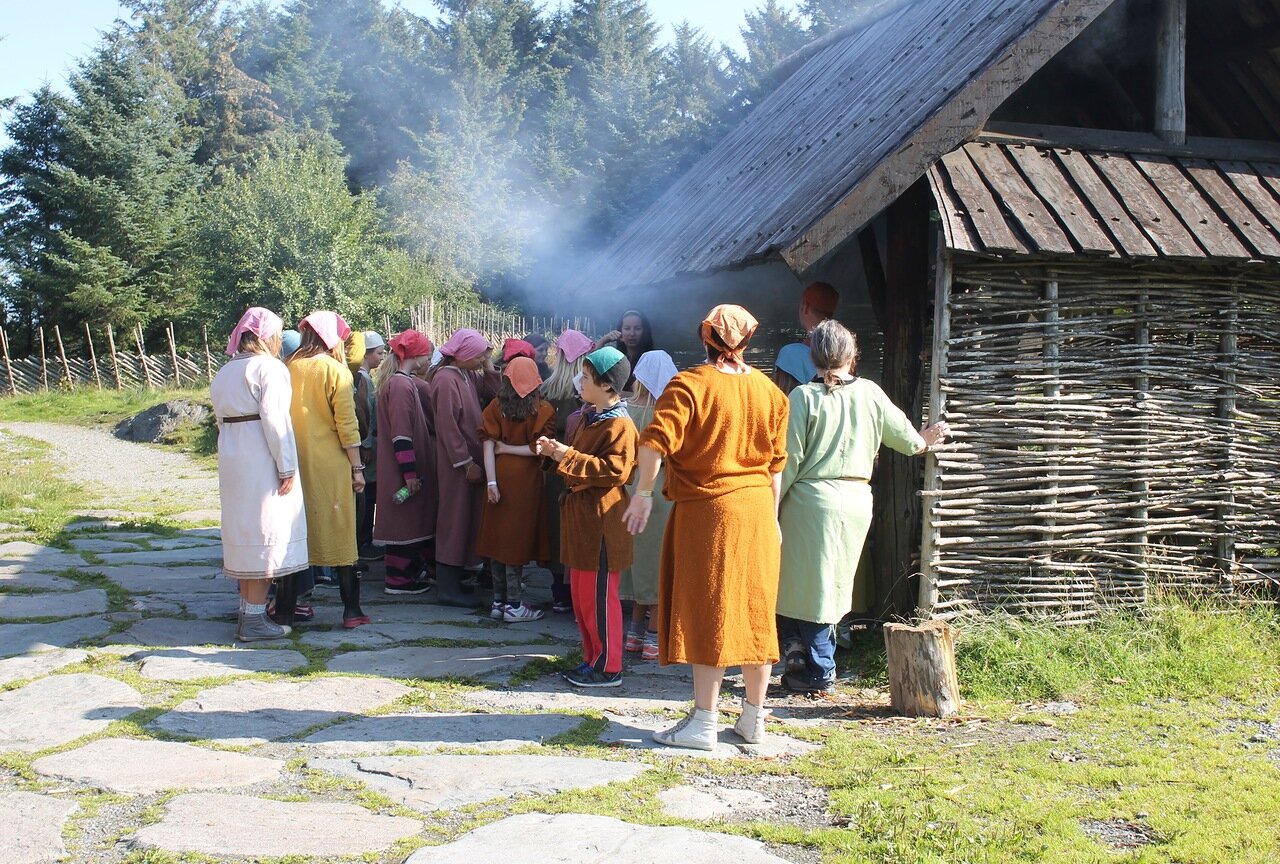 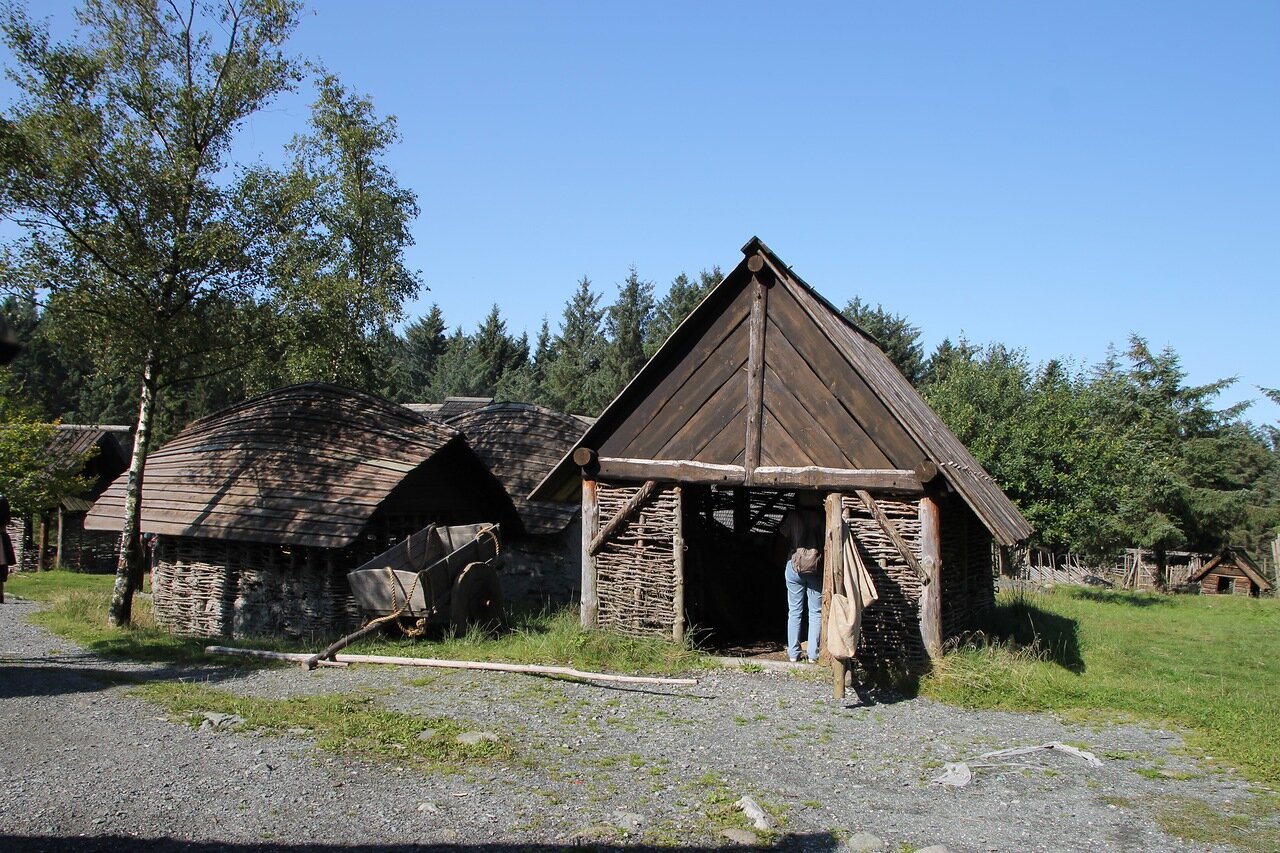 Once outside the village fence, you can find yourself in a virgin forest.

It looks like a hurricane has passed through here. In the forest, on the way to the farm, I also met a windbreaker. 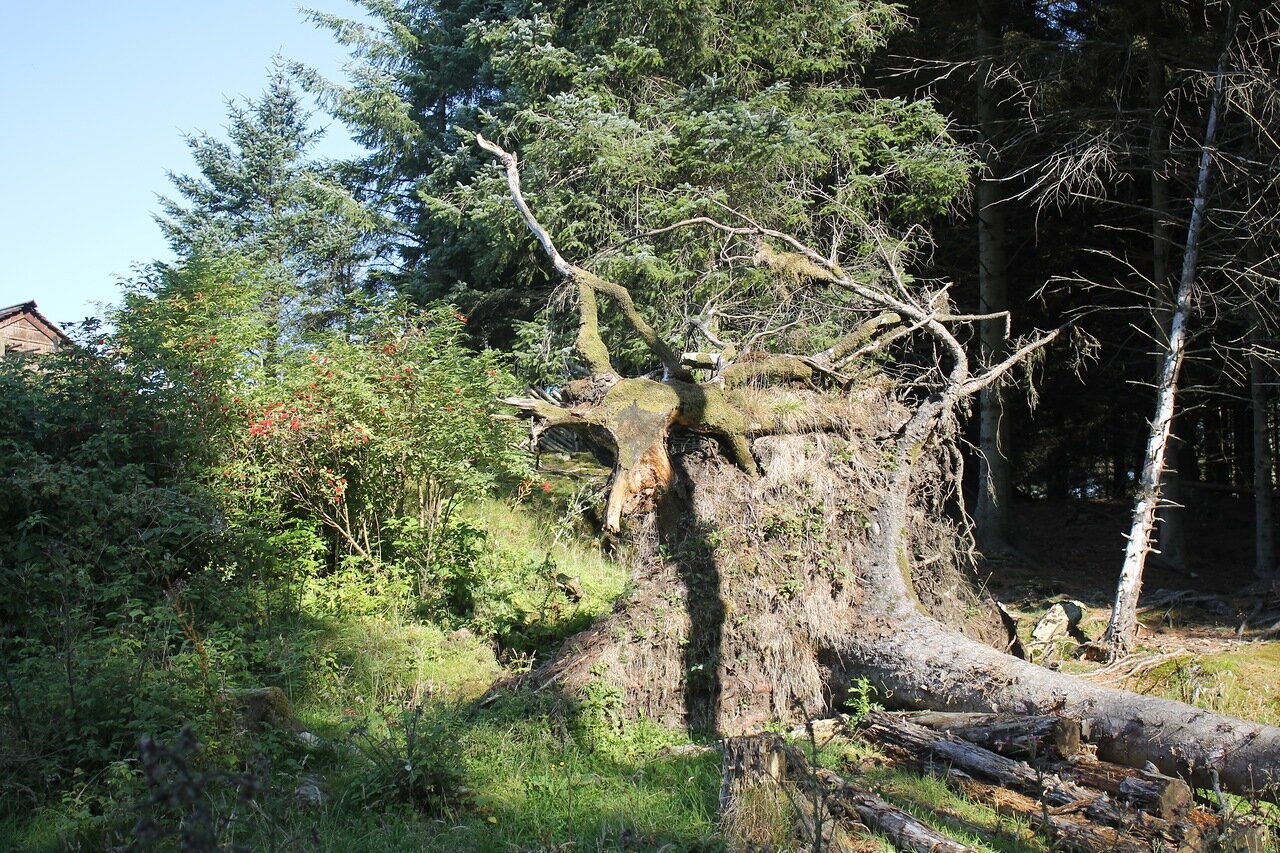 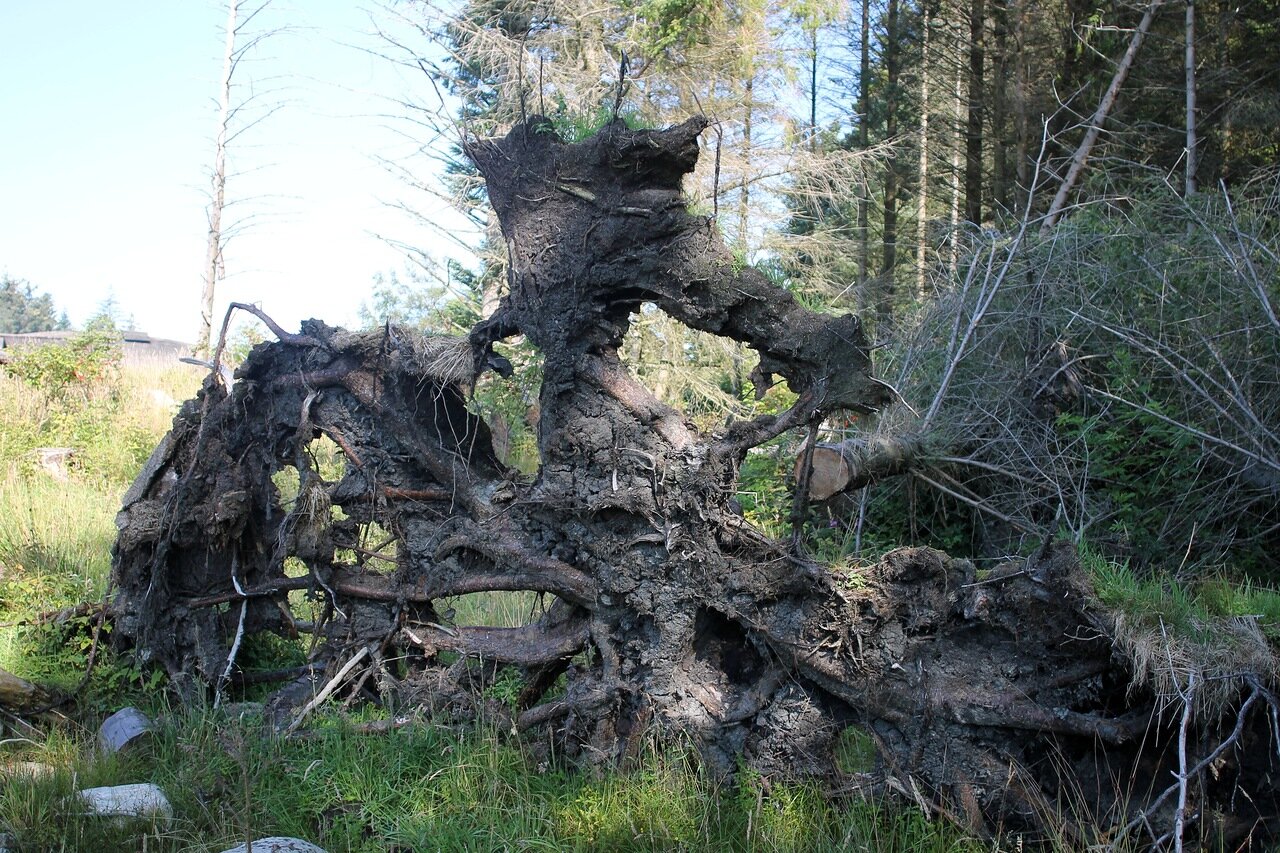 A little further on, on the shore of the Bay, there is a well-equipped picnic area.