Panoramas of Bergen From the Mount Fløien

On The fleibananen funicular, we went up to mount Flein (Fløyen or Fløyfjellet), where the observation platform of the same name is located.

From a height of 320 meters, you can enjoy a wonderful view of Bergen.

The octagonal reservoir is not an artificial structure, but the lake Lille Lungegårdsvannet) It was originally connected to the sea by a channel and was much larger in size. In the 19th century, it was a fetid sewer. At the beginning of the 20th century, there were several projects for its reconstruction, but things did not move until the great fire of 1916, which destroyed the buildings around the lake. In this place, it was decided to create a business district, the center of which was the renovated lake. The channel was rolled into an underground collector, now the connection of the lake with the sea can be seen by fluctuations in the water level during tides. 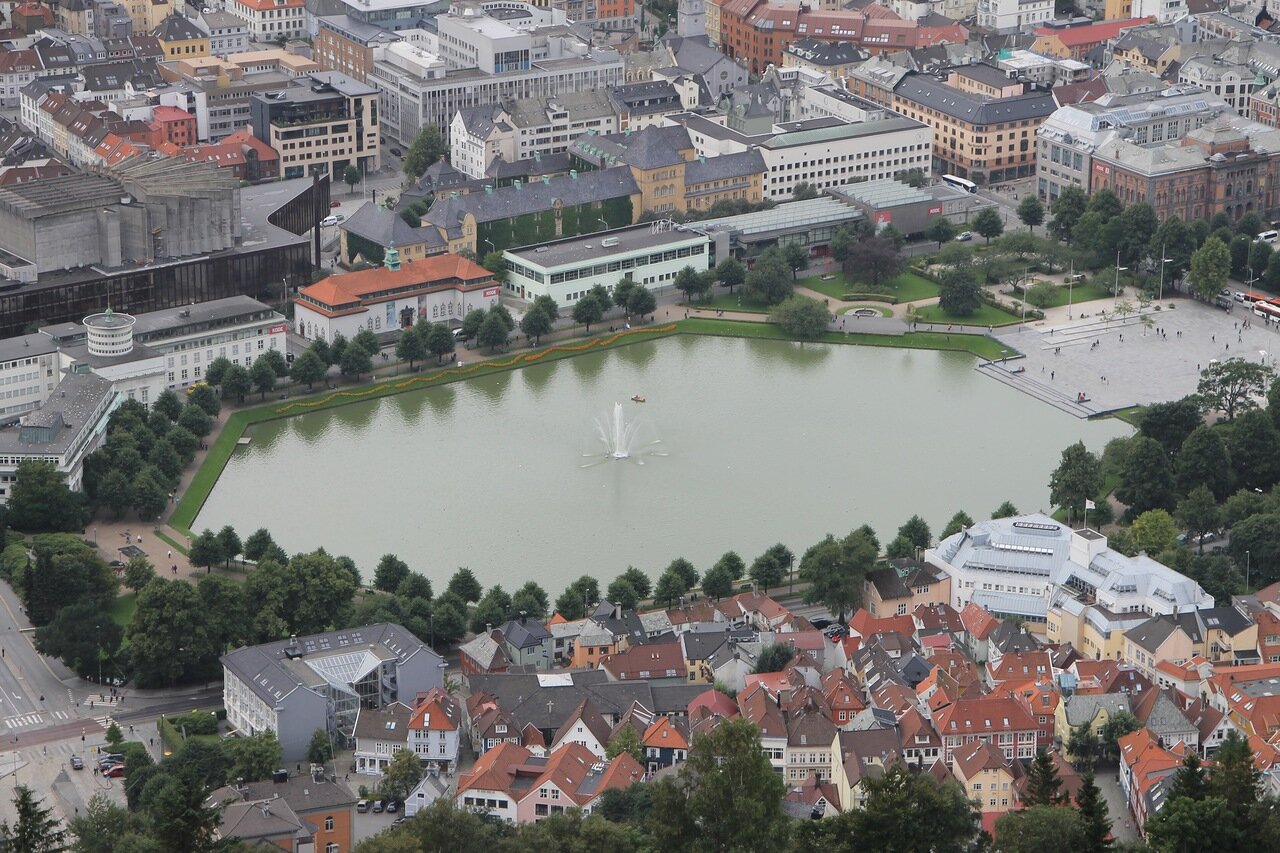 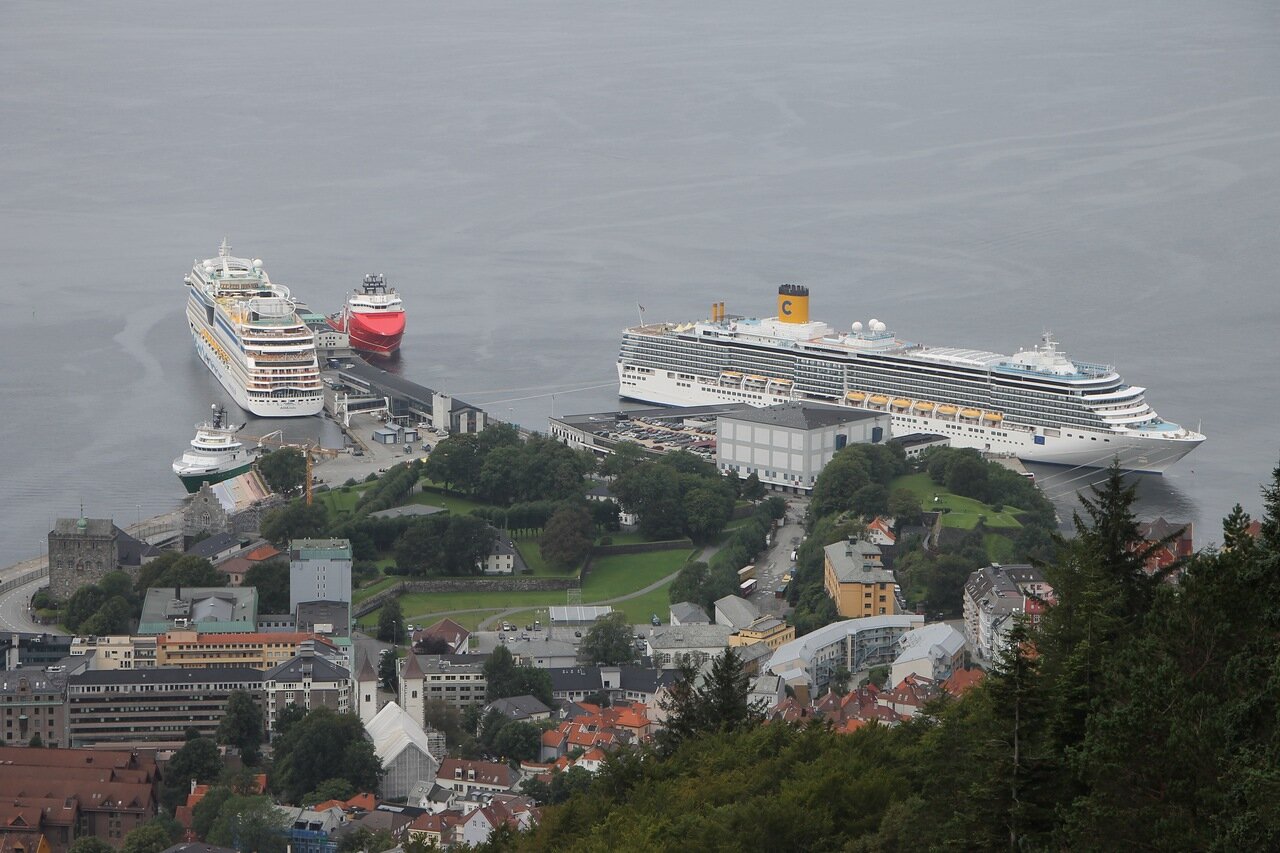 Next to it is AIDAstella, which also once belonged to Costa, but now works for the company AIDA Crues. Bottom of Haakon's hall and the tower of Rosenkranz. 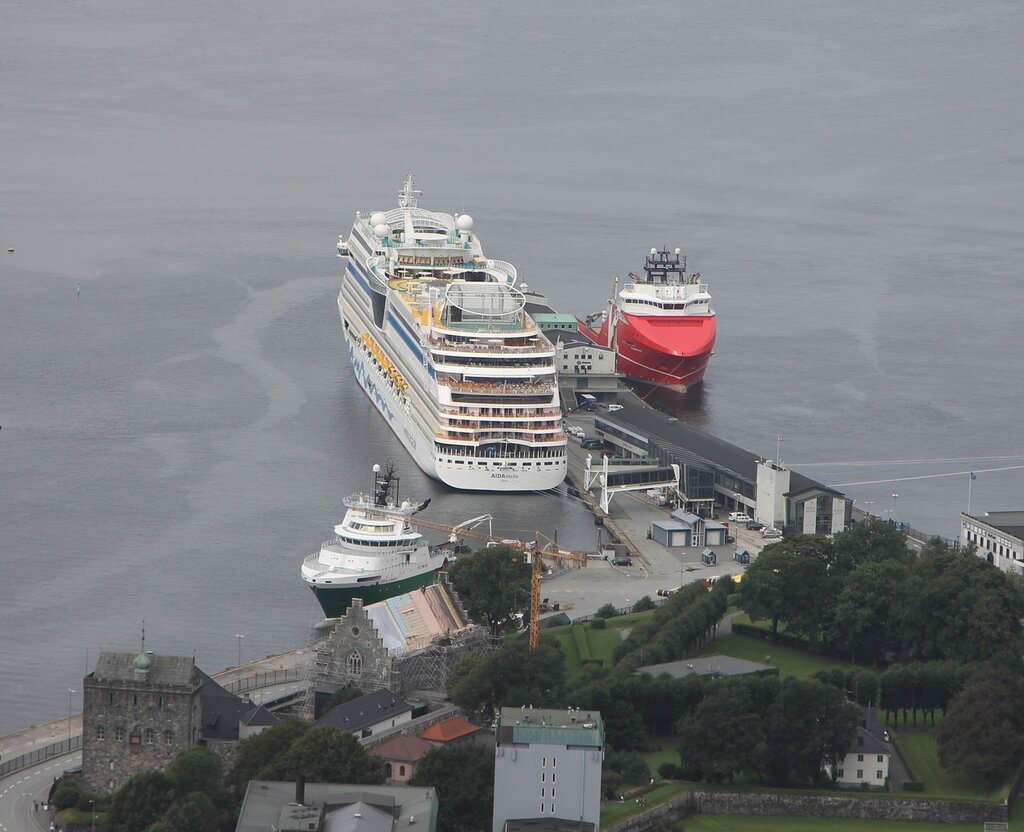 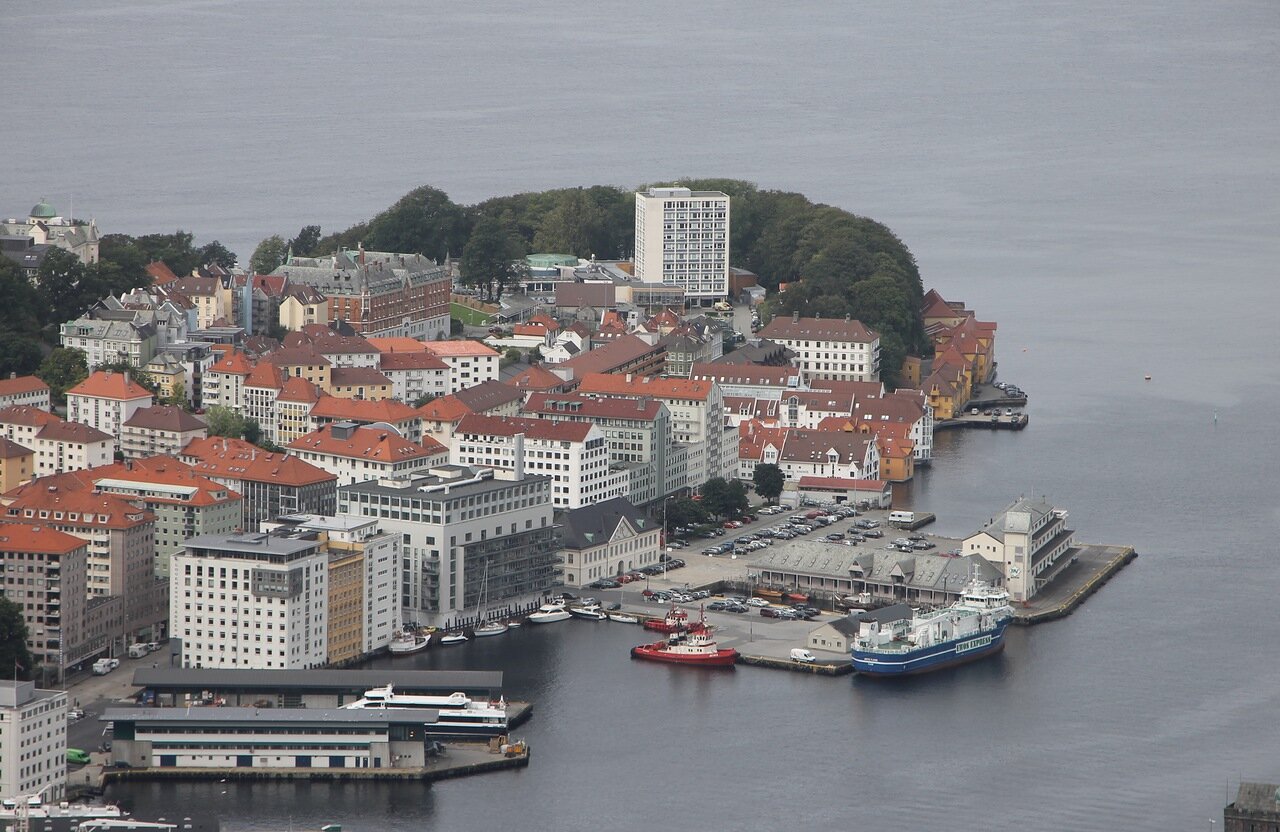 It is not often you can meet in one place even two cruisers of the same company, and today there are three of them at once, although one former. 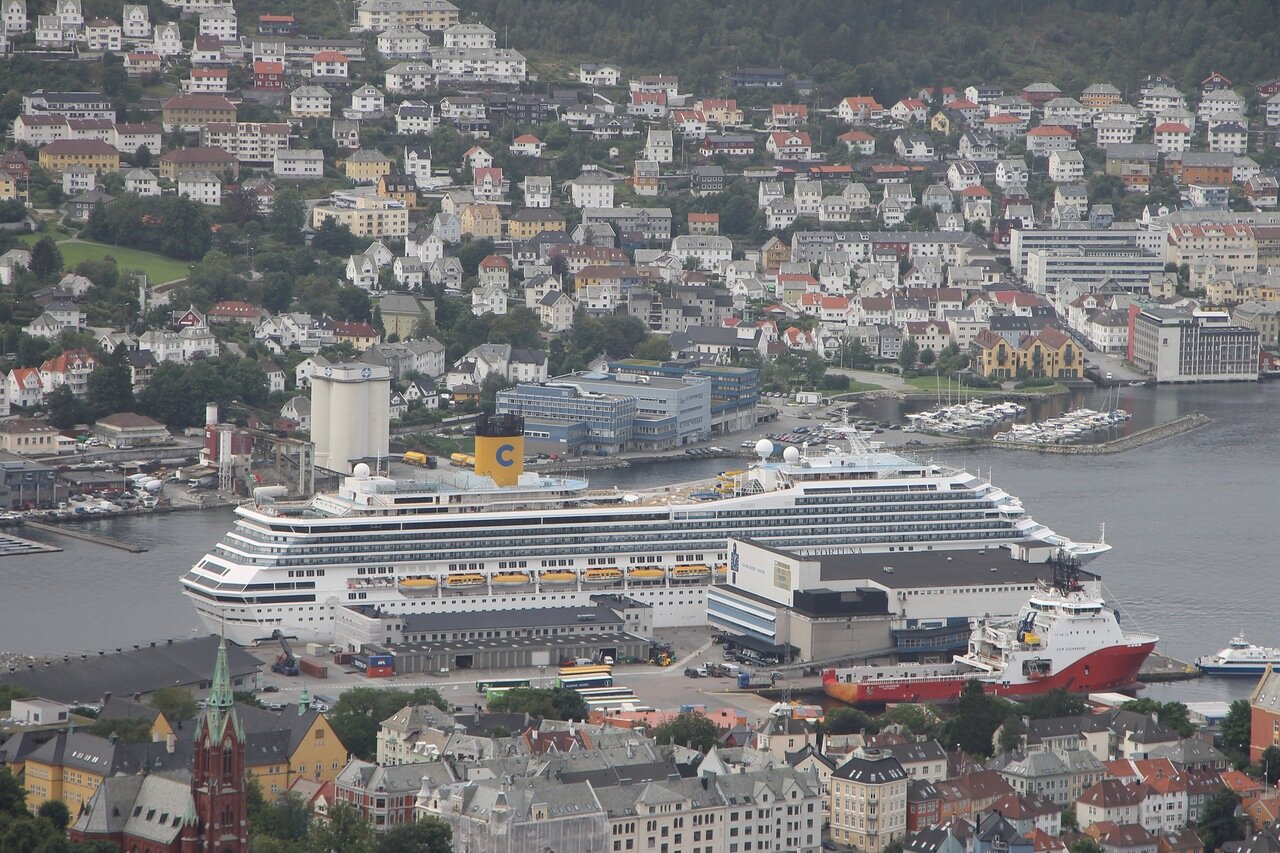 The Bergen shipyard. On the right is a floating dock, and on the left is a submersible vessel for transporting oversized cargo. 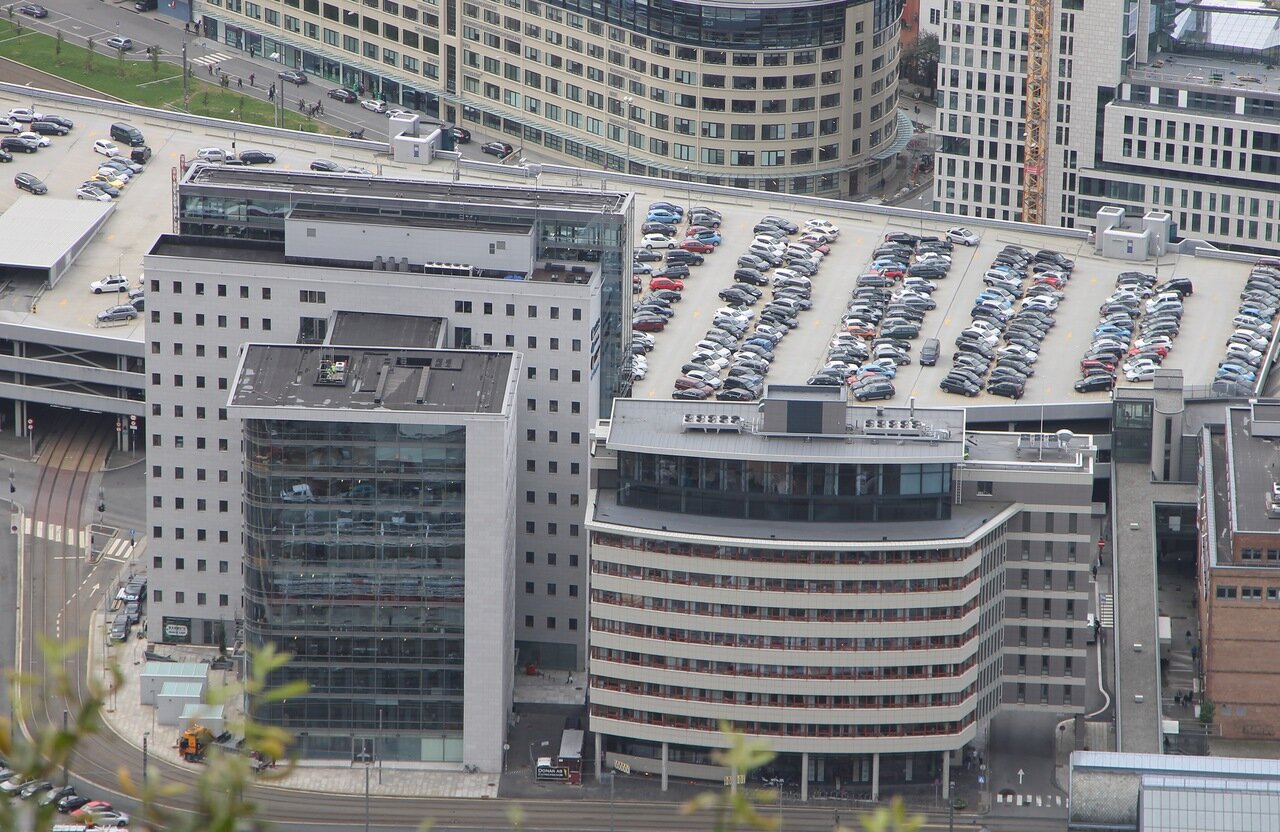 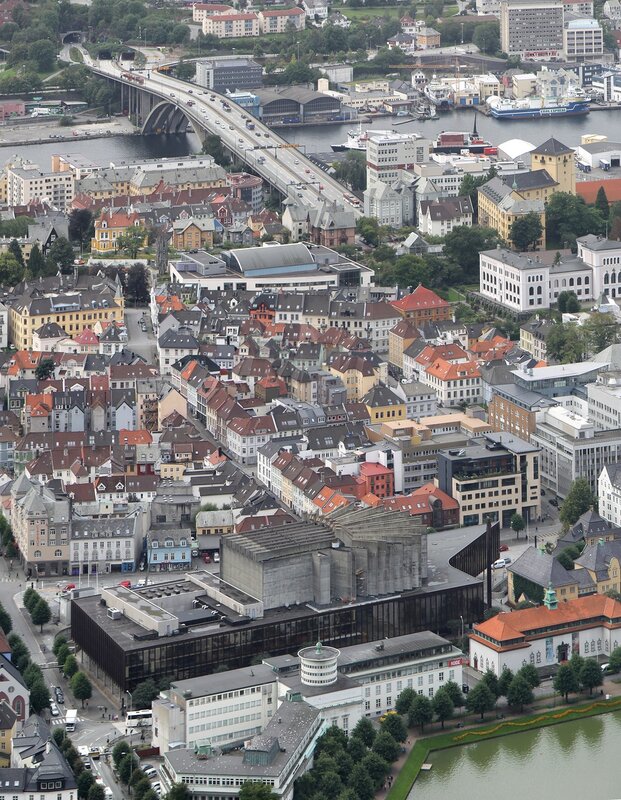 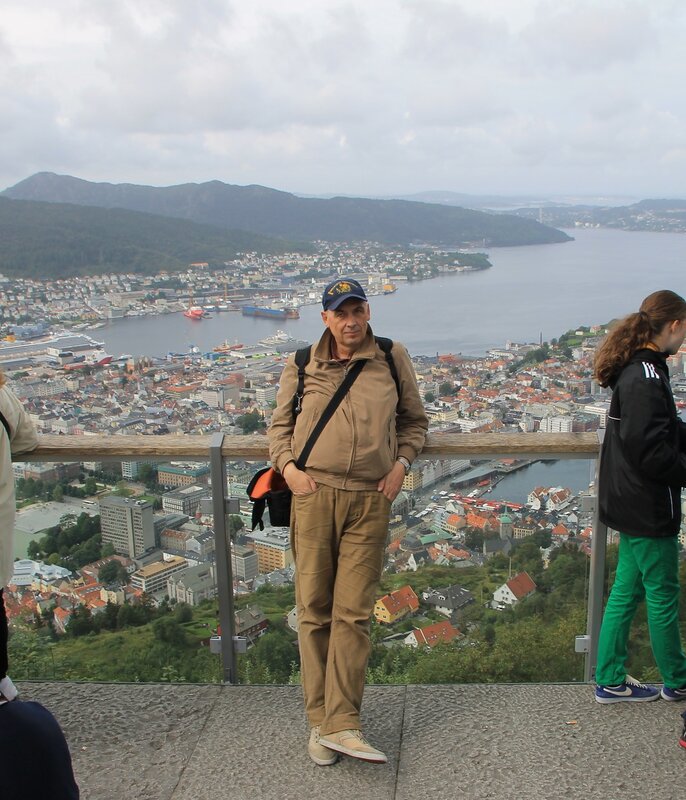 The Park on mount Flein is the most popular tourist destination in Bergen. In addition to the observation platform, there is a restaurant, several cafes, a children's Playground and many Hiking trails that pass through the picturesque area. 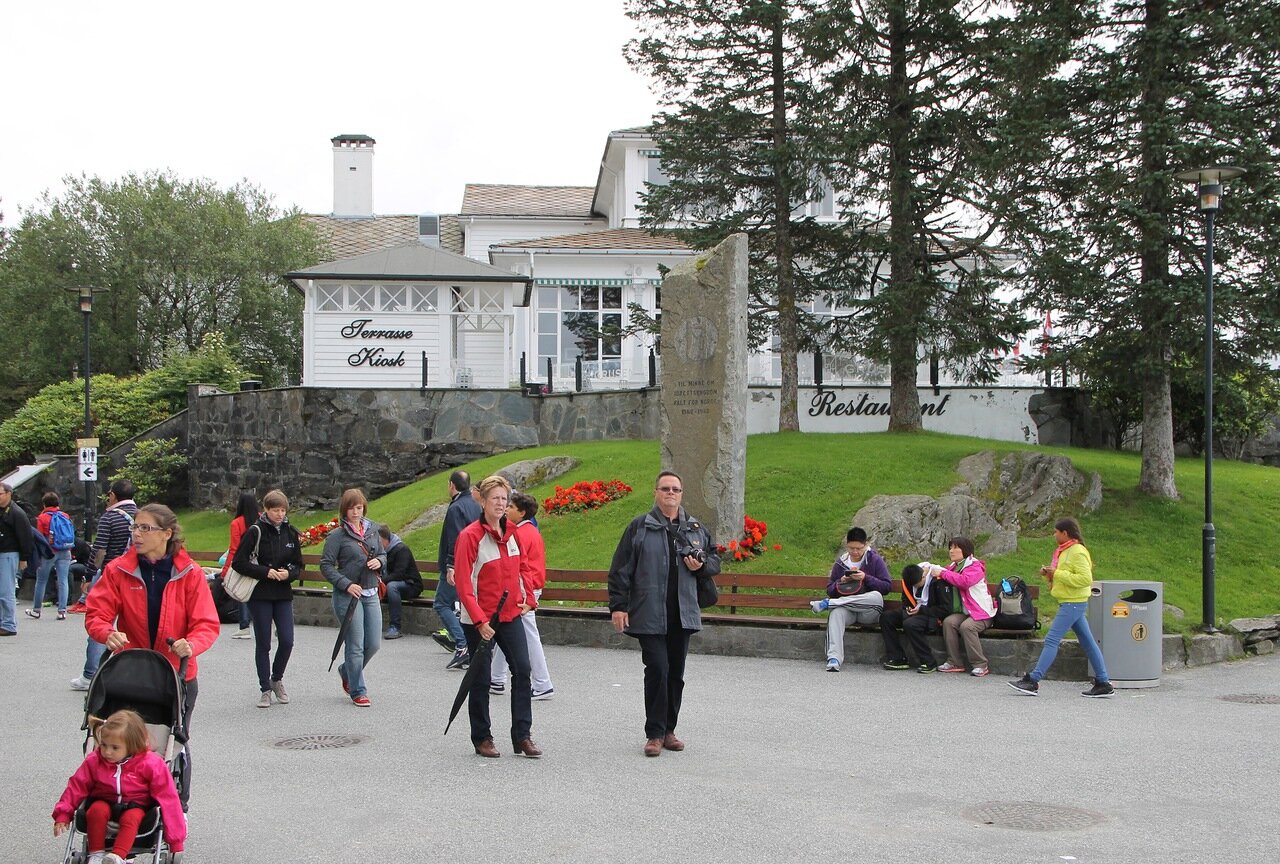 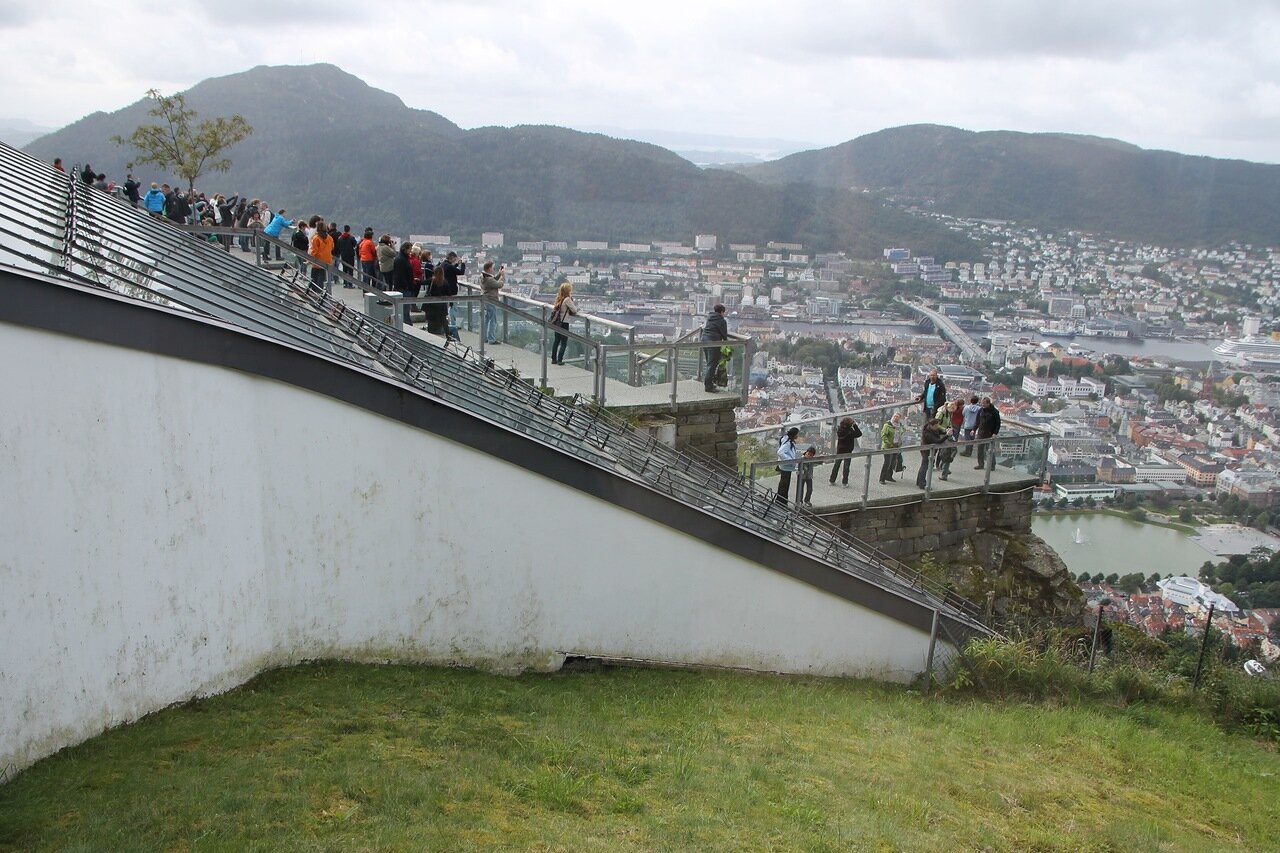