Vetrlidsallmenningen street is mentioned as early as 1197, on this site was the community from which Bergen grew. 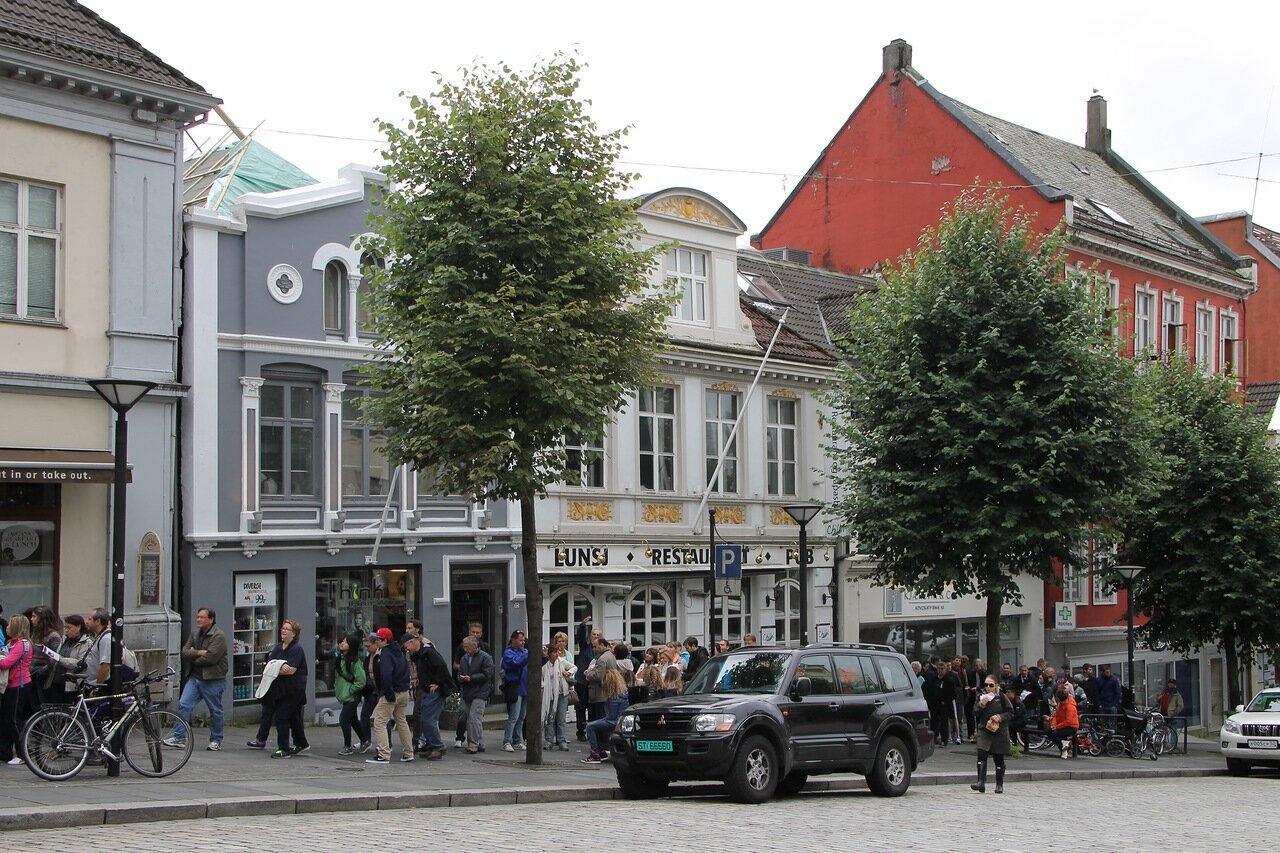 Now it is a purely tourist street, with cafes and shops selling Souvenirs and funny things. 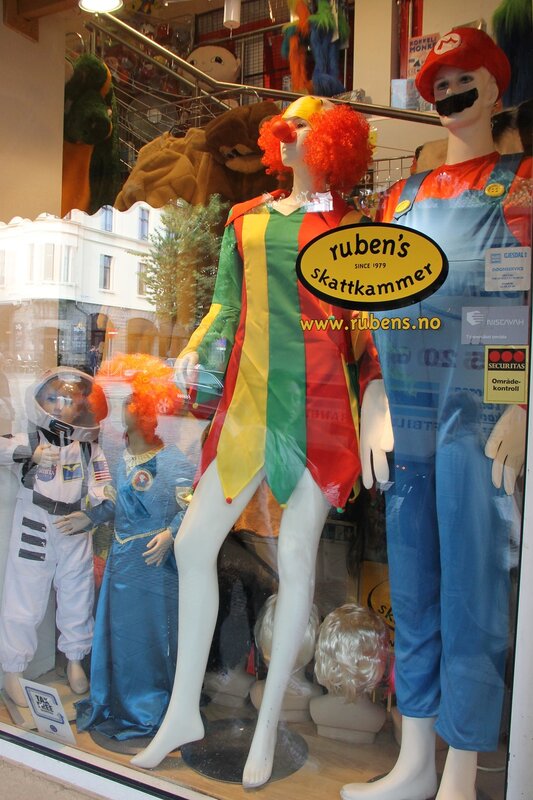 McDonald's in the Norwegian style looks very original. By the way, using the toilet here was problematic - there was a huge queue ... and there are no other places so important for tourists nearby, it seems, there is simply no. However, the line for hamburgers was no less. The descendants of the Vikings do not pay any attention to the tourist infrastructure. I think that it is unlikely that this article brings any tangible profit to the country, which in terms of living standards in 2013 got the first place in the world - they are already well off without tourists. 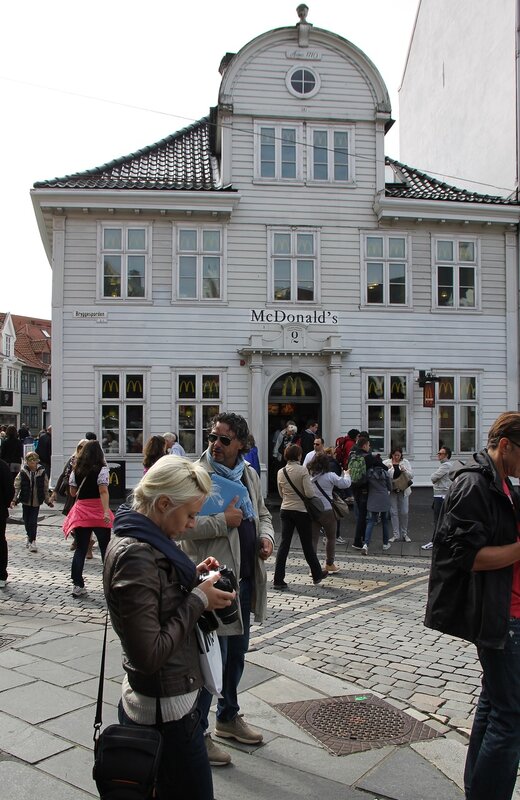 The Church on this site was mentioned as early as 1276. Now the building houses the art gallery " Allmenningen Galleri & Kunsthandel" 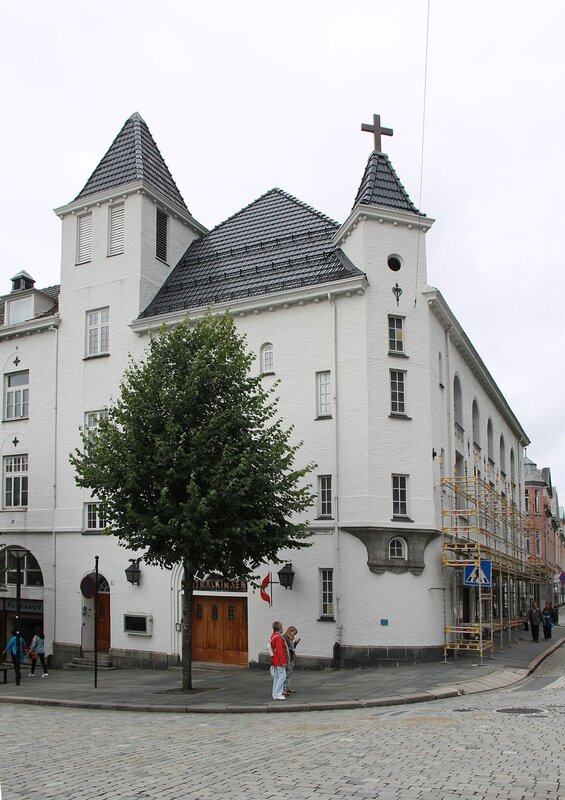 I always try to choose the time to look into the side streets," non-tourist". This is the only way to get a real impression of the city, and not a parade one. 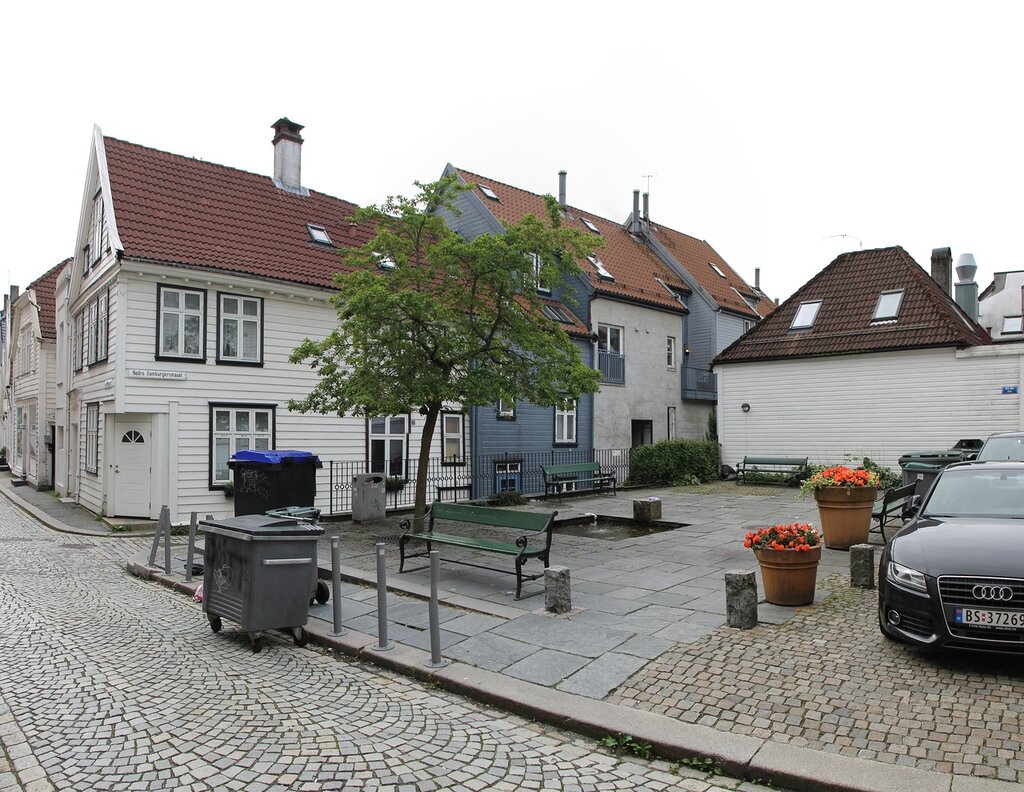 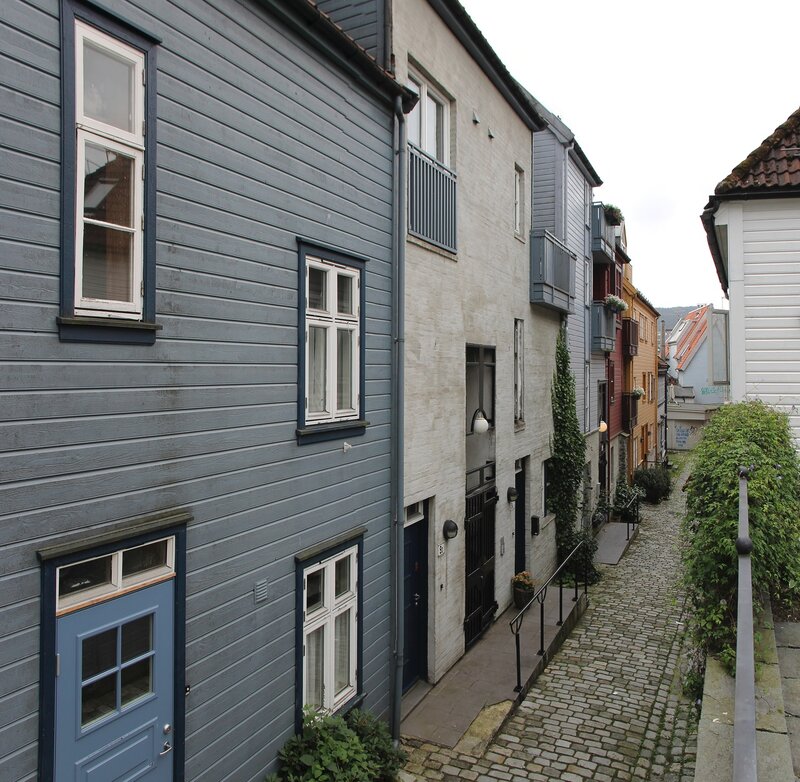 There is always something interesting to discover. And Bergen is no exception, almost immediately I come across an amazing store-Museum of photo curiosities (on the map). 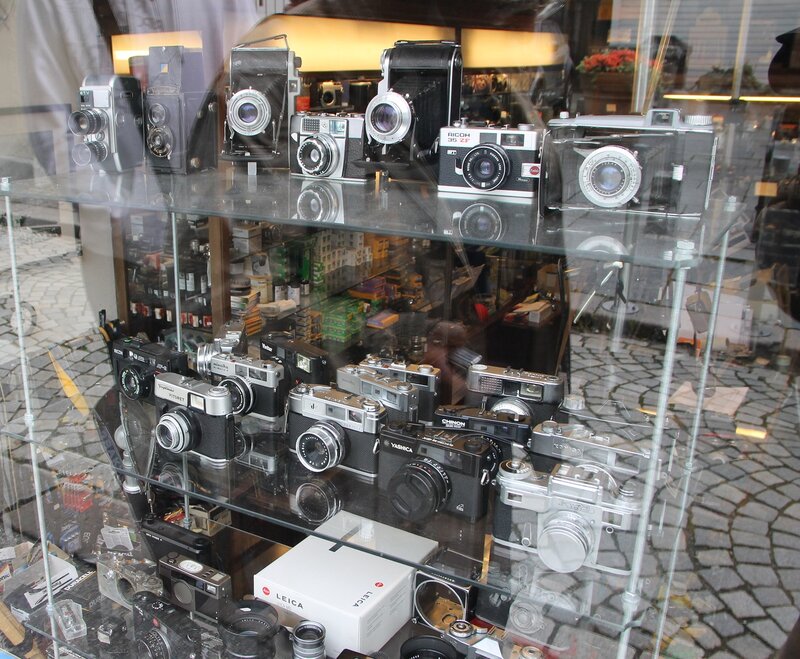 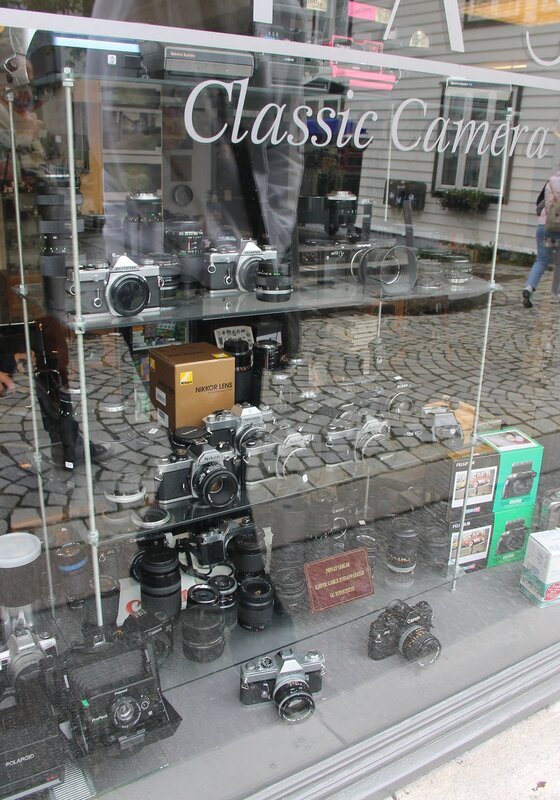 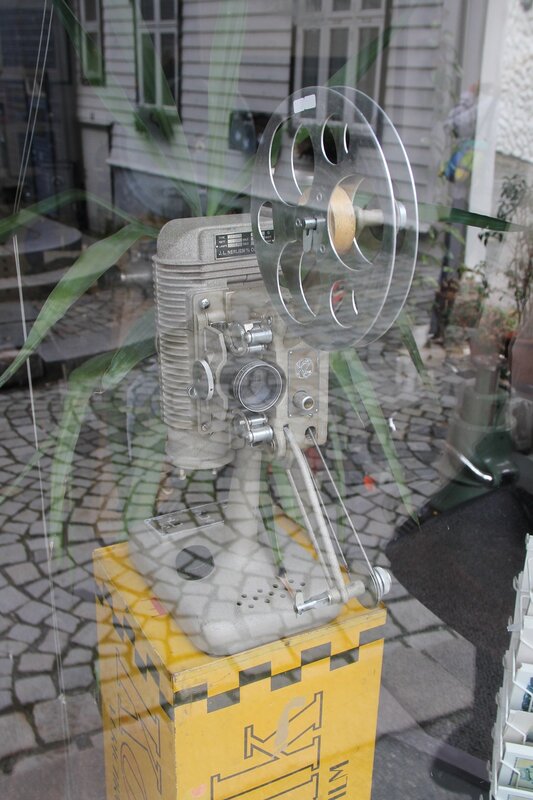 Neat modest houses-practical Scandinavians are primarily concerned only with the convenience of living, architectural excesses do not concern them much. People with different affluence live in absolutely identical architectural houses, differing only in size. 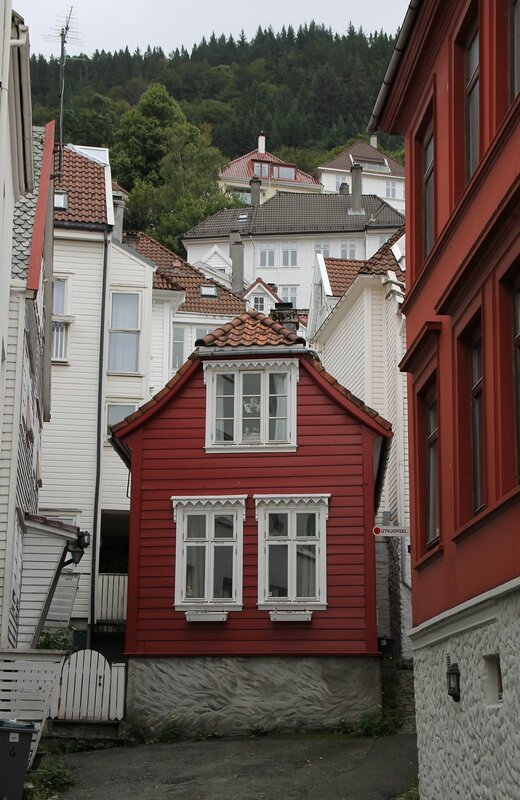 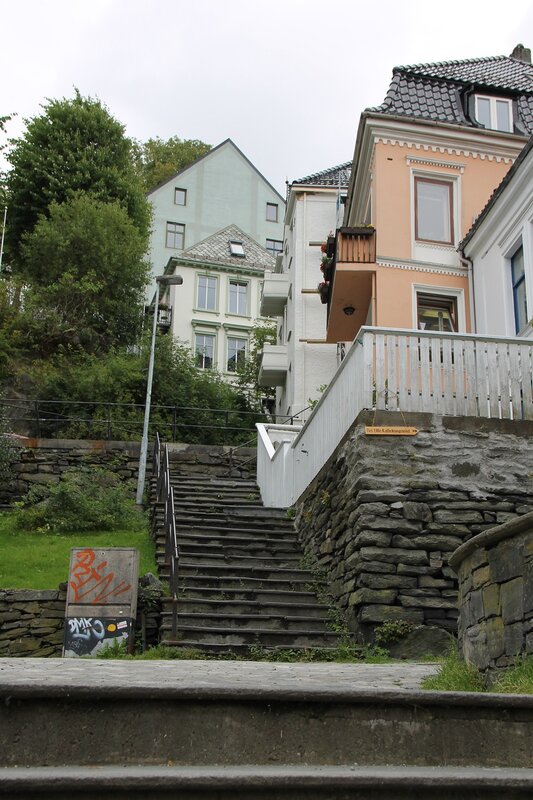