After leaving the deck of the ferry Linge-Eidsdal, continue on the regional road N63 connecting Molde and Geiranger. Traffic on this site was opened in 1955, before this in Geiranger could only be reached by water. 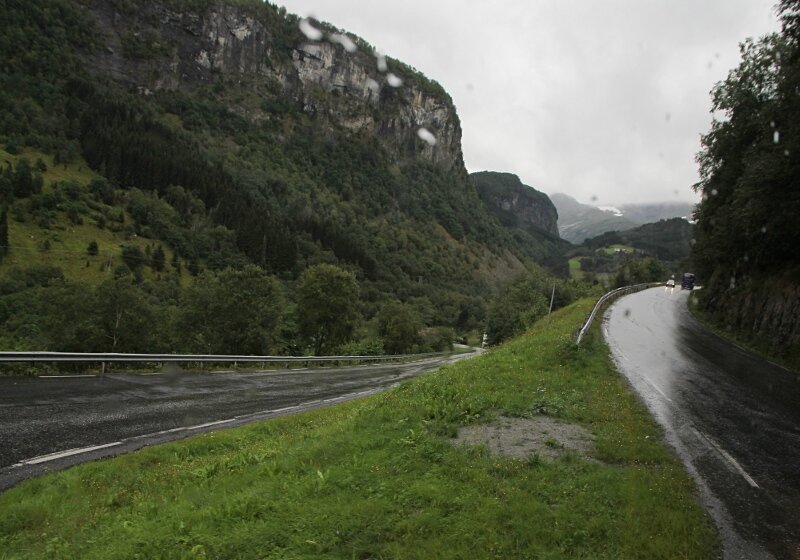 Geiranger is about 20 kilometers away, most of it is not too steep climb the Eidsdalen valley. The valley is located on the territory of a tiny commune with the same name, its population is only 400 people. 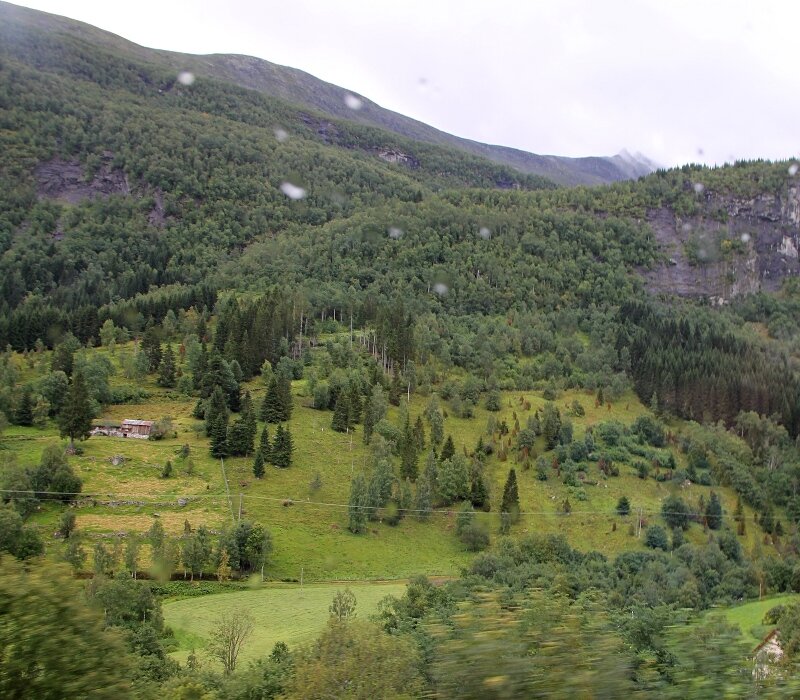 In addition to the ferry service, the inhabitants of the commune are mainly engaged in agriculture - on the mountain slopes are scattered small livestock farms. 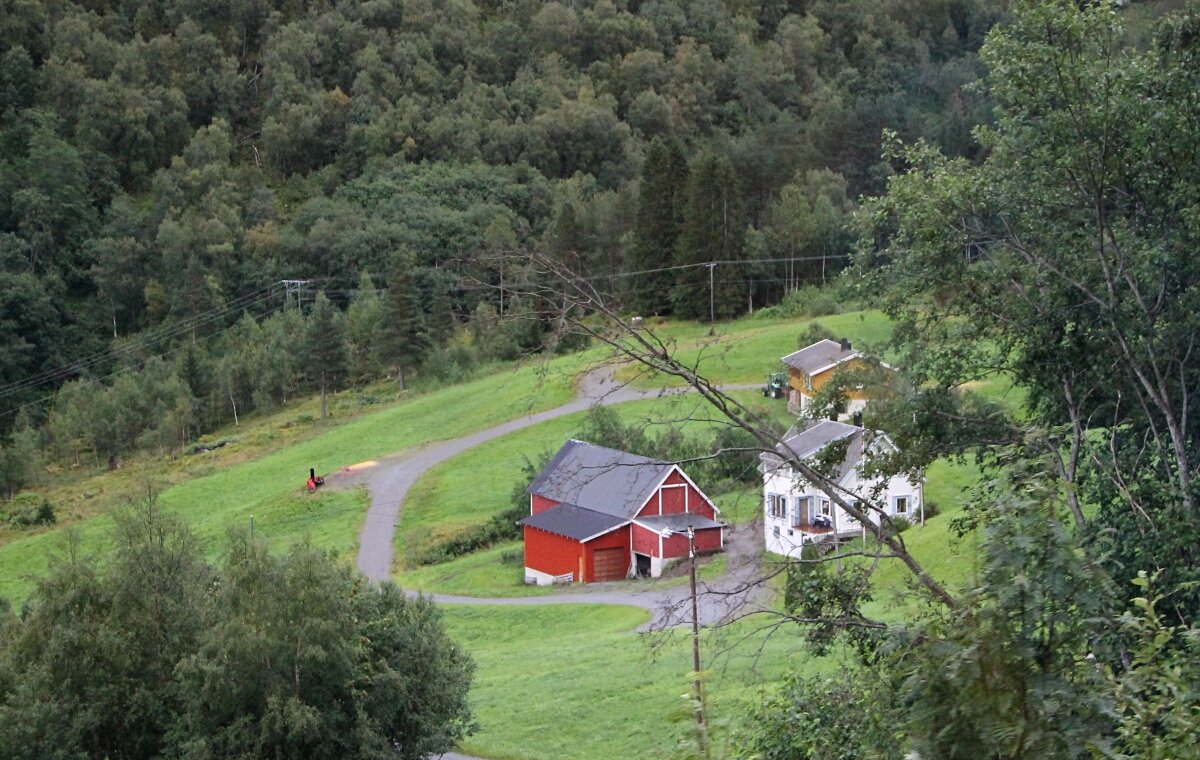 The cultivation of cows in such a wilderness in the days of industrial meat and dairy complexes is frankly unprofitable, but in Norway small farms are subsidized by the state, contributing to the preservation of traditions and environmental cleanliness of products. 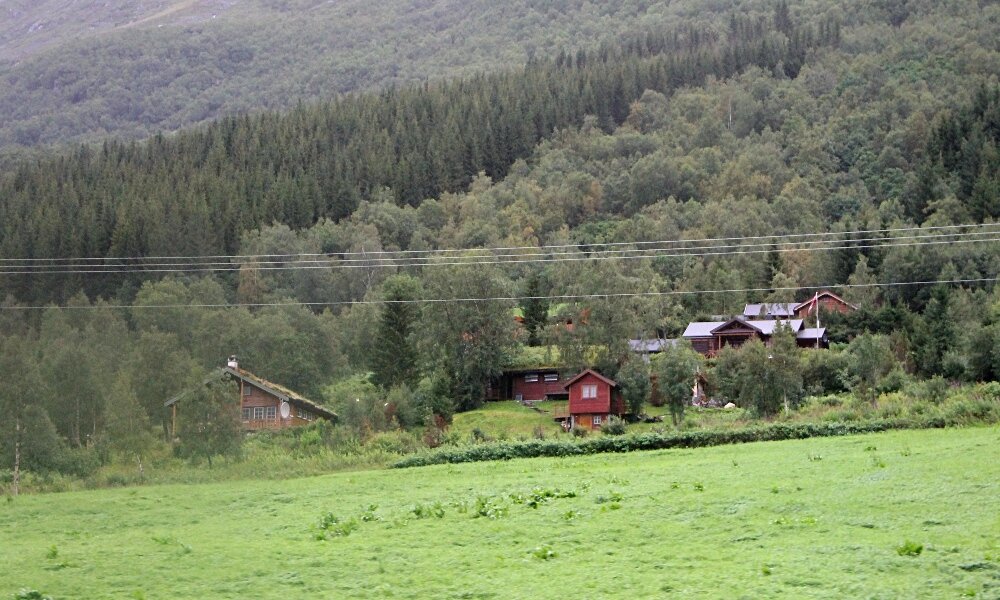 In addition, there are special payments to those farmers whose flocks freely graze on the mountain slopes - for the decoration of the landscape. Indeed, throughout Norway cows and sheep walk absolutely everywhere without any supervision and fences. 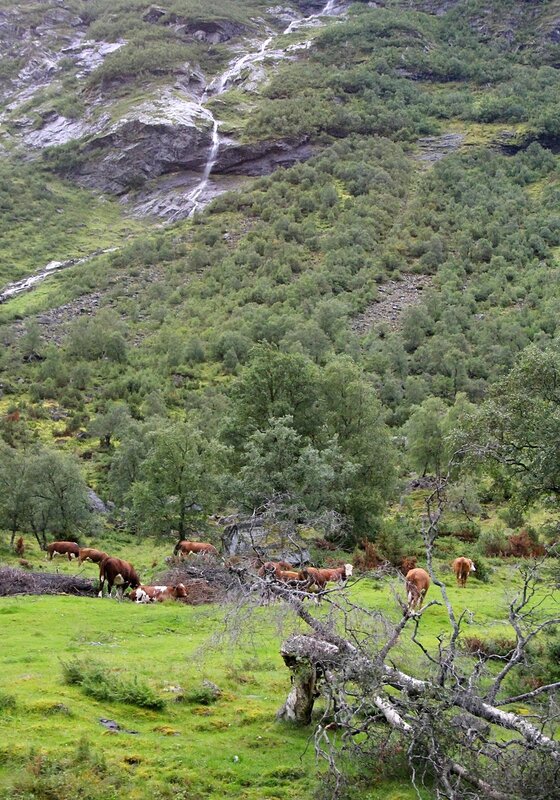 Gradually we climb higher and higher, and instead of green wooded slopes appeared bare rocks. The height of the mountains surrounding the road exceeds one and a half thousand meters. About mid-way between Eidsdal-Geiranger road runs along the shore of the picturesque lake Eidsvatnet, but unfortunately, today it was hidden by a veil of rain. 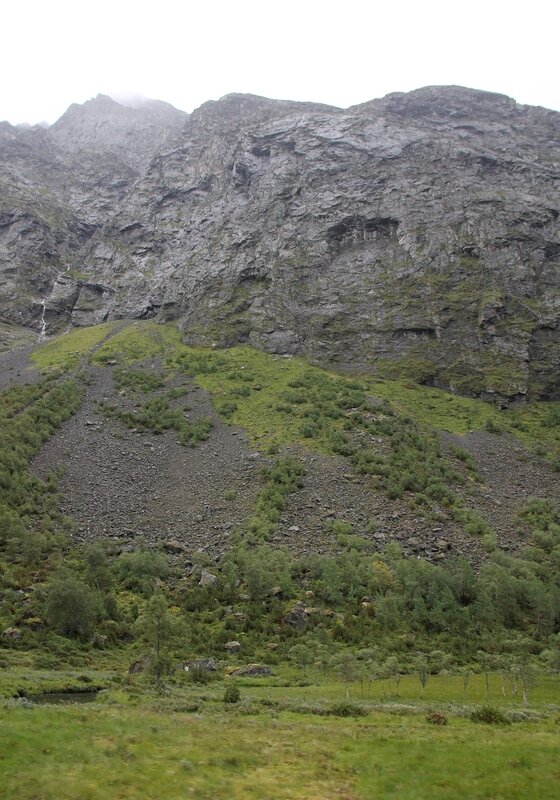 Water flows down even from the very top, the impression that water oozes every stone. The local climate contributes to the condensation of moisture from the air, which brings winds from the North Atlantic. However, despite the air saturated with moisture, the dankness is not felt here. 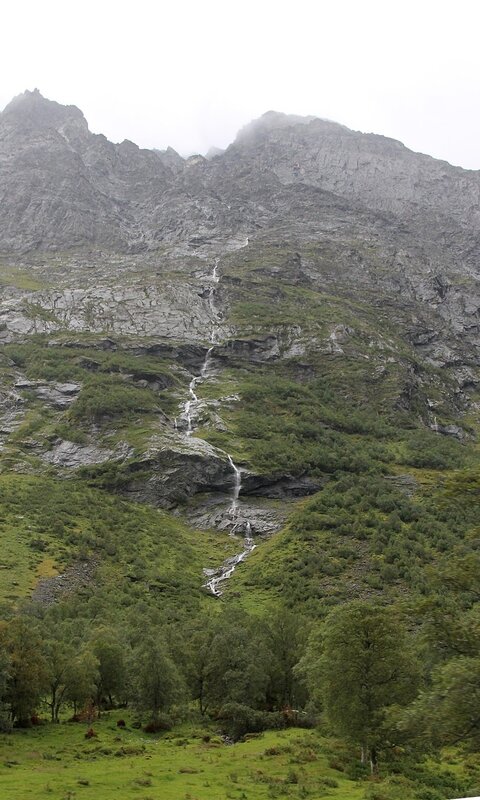 While we were climbing up the valley, it rained several times, and the slopes of the mountains were sometimes hidden by clouds. Now my GPS-navigator shows 630 meters above sea level, we are at the top of the mountain pass. Under the clouds, which were below us, glimpse the waters of Geirangerfjord, bright blue in the light of the sudden peeking sun. The road is approaching the most interesting part of the road-the observation deck, located at the top of a steep winding descent, known as "The Eagle Road". 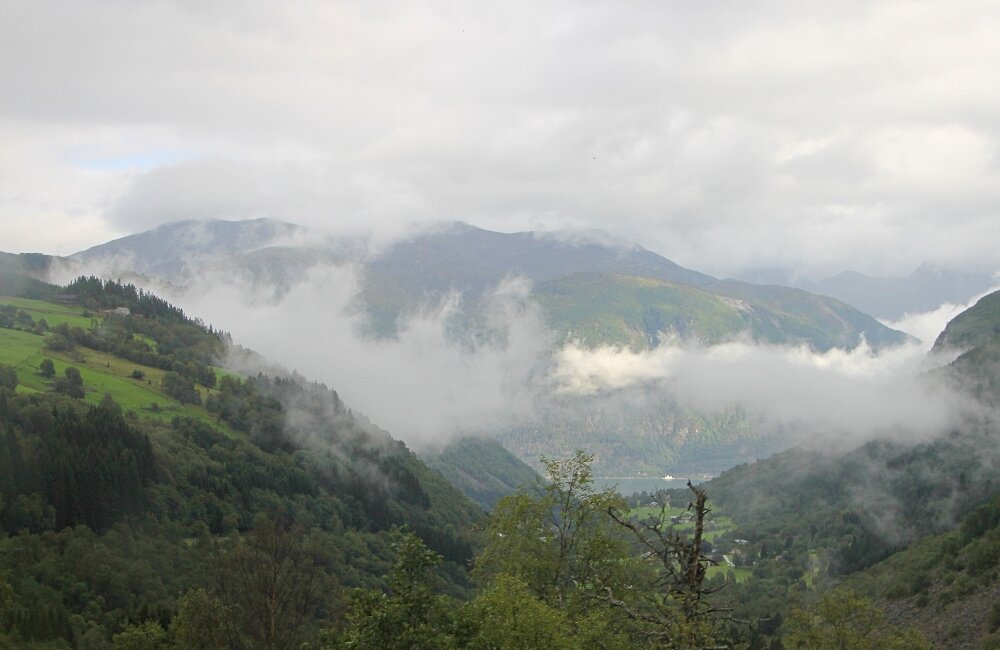