Along the Fjærlandfjorden by Boat

After spending the night in Sogndal, we go to the Sognefjord bank, where a small boat is waiting for us. 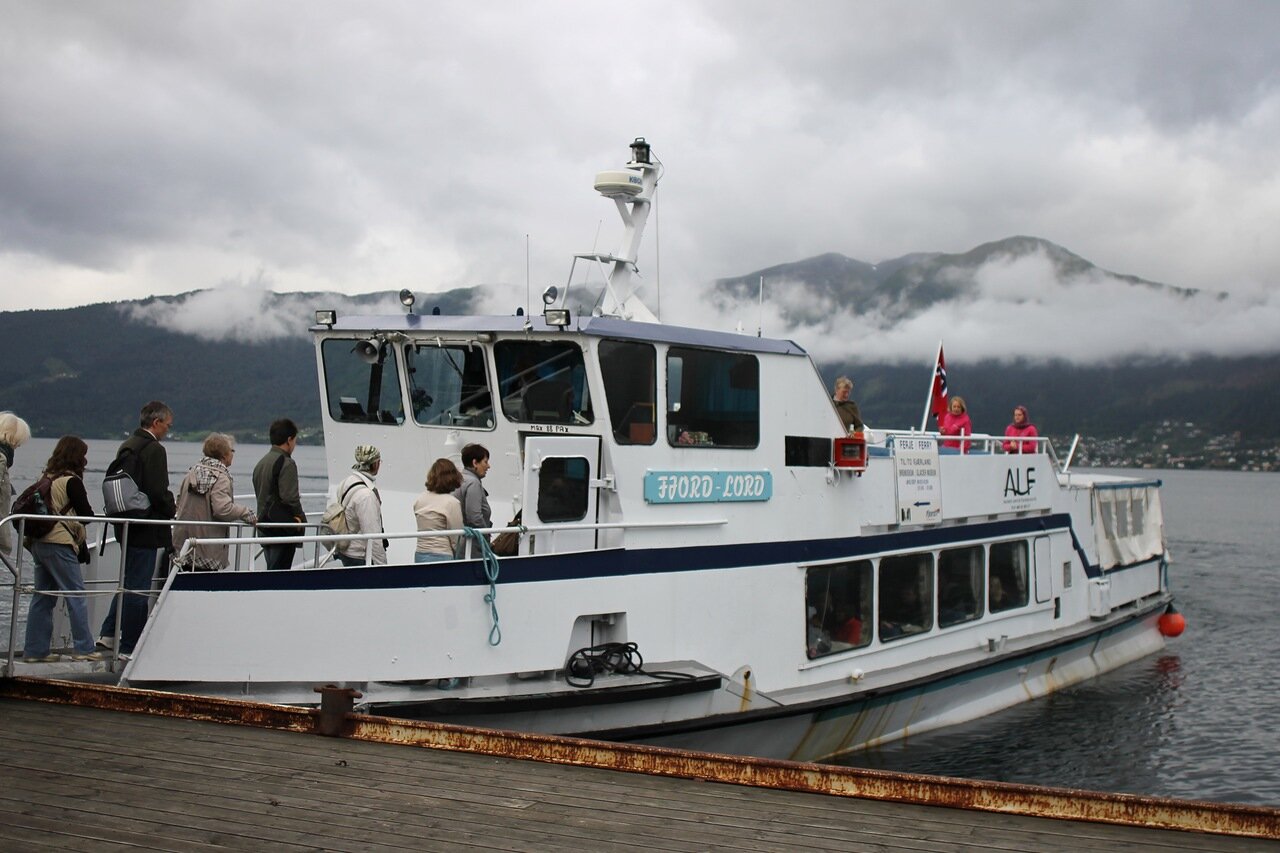 The boat runs between Hella Marina, near Sogndal, and the village of Fjorland, located at the very end of the Fjorlandfjorden (Fjærlandsfjorden), one of the arms of Sognefjord.

On all sides, the fjord is surrounded by mountains, on the slopes of which are scattered tiny villages. 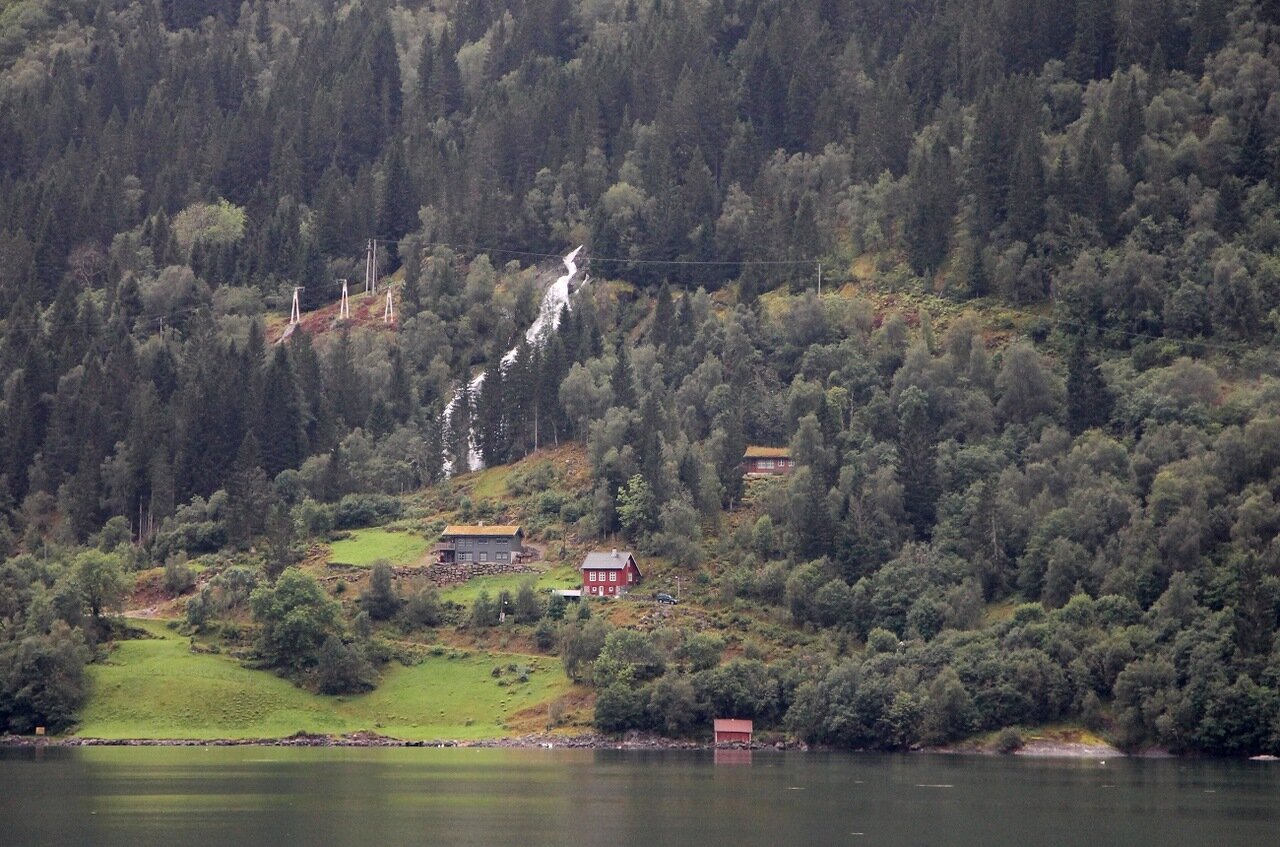 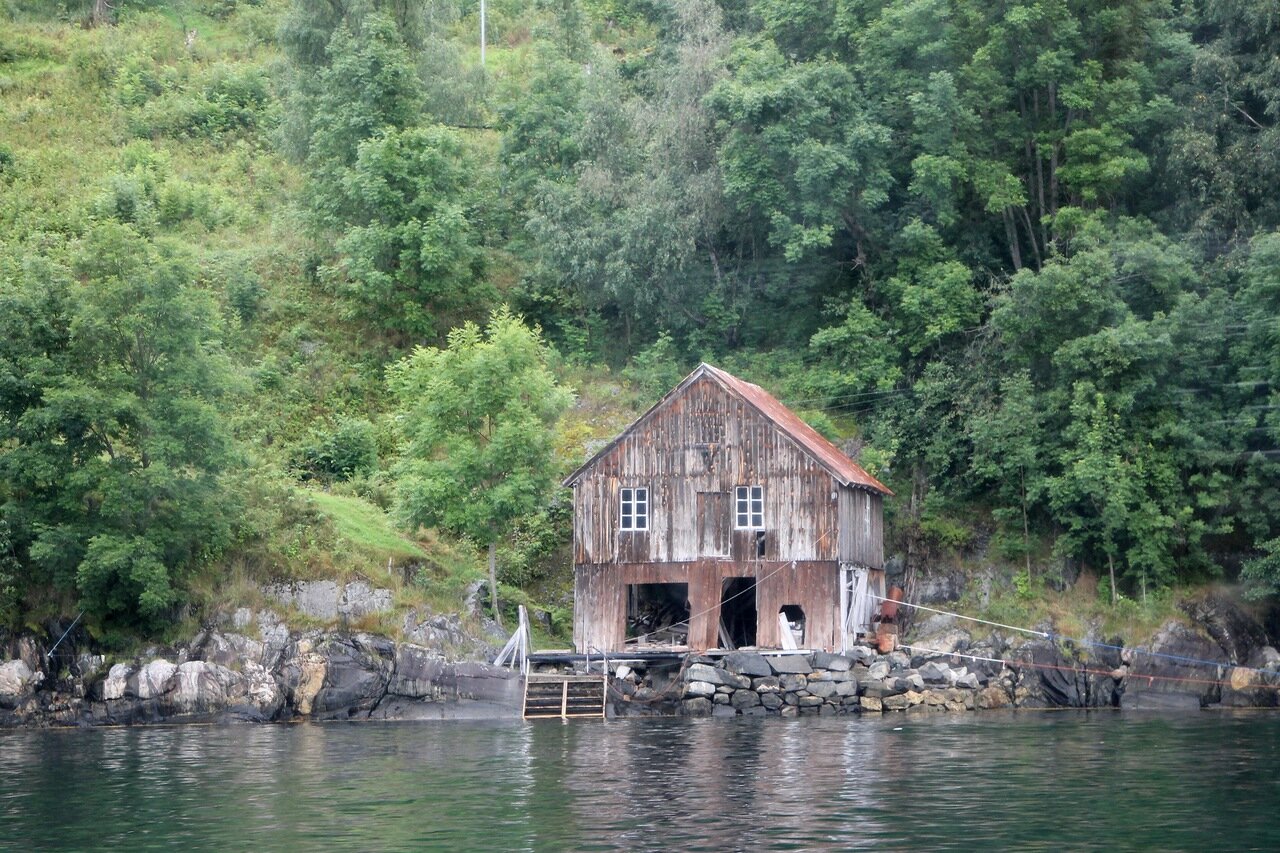 The banks here are more gentle than, for example, in the already familiar oneThe Geirangerfjord. 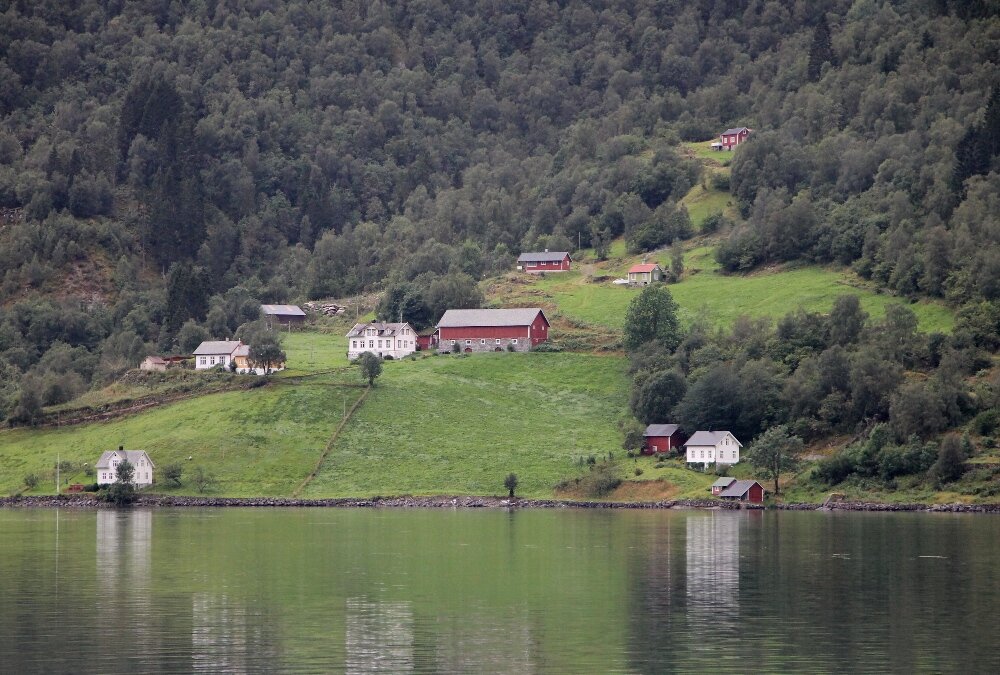 Accordingly, it is more densely populated. 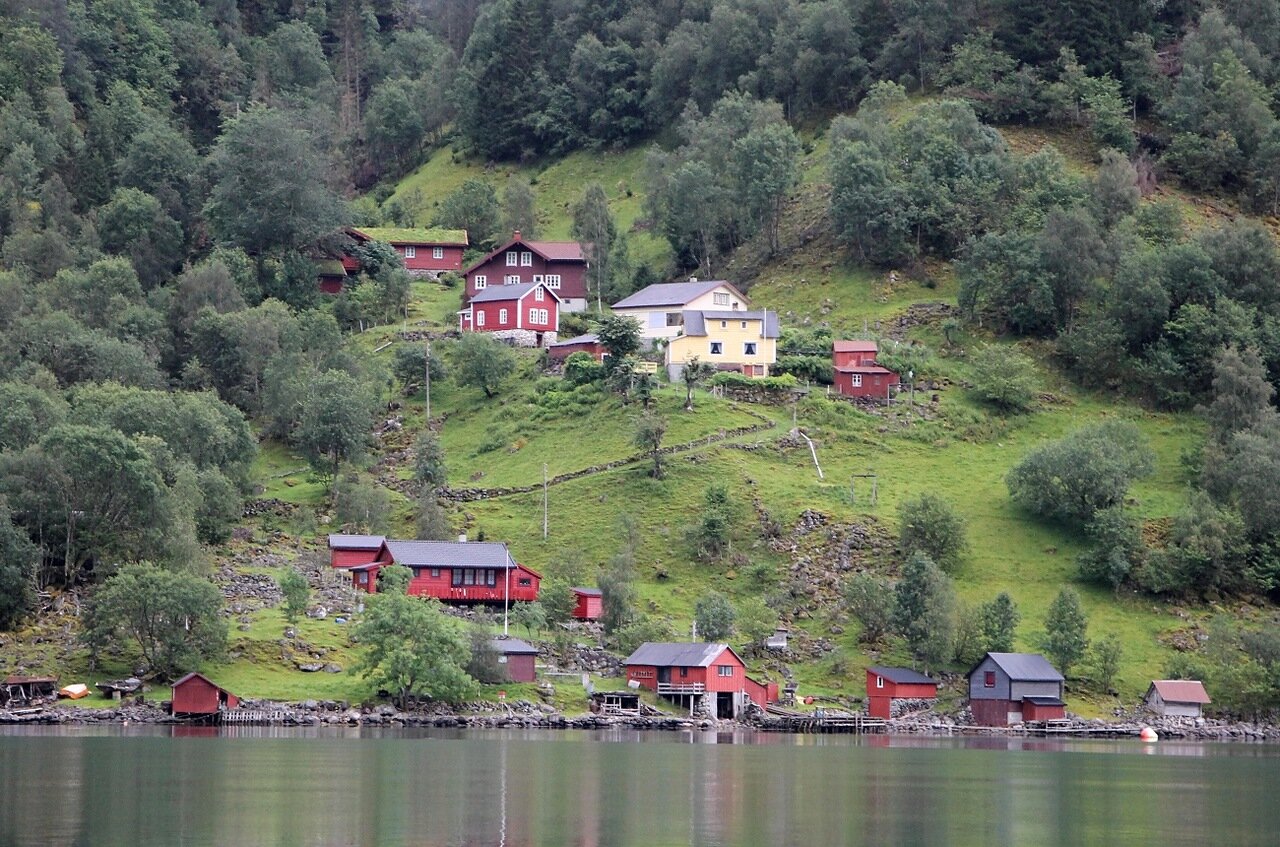 There are several waterfalls, also not as spectacular as the "Seven sisters", but quite picturesque. Streams of water among the greenery look no worse than falling from the naked cliffs. 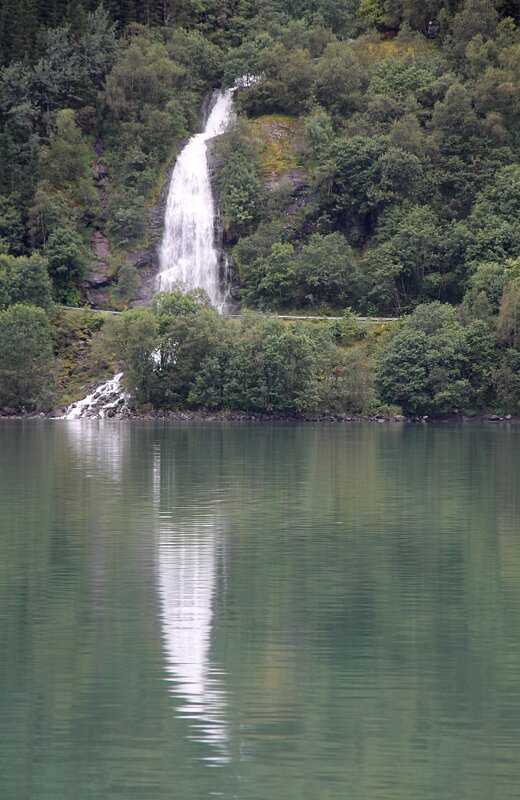 Sognefjord is the largest in Europe and the second largest in the world after skoresby fjord, located on the East coast of Greenland. Its length is 204 km. It is also the deepest on the continent , with a depth of 1,308 meters. In Norway, it is called the "King of the fjords". 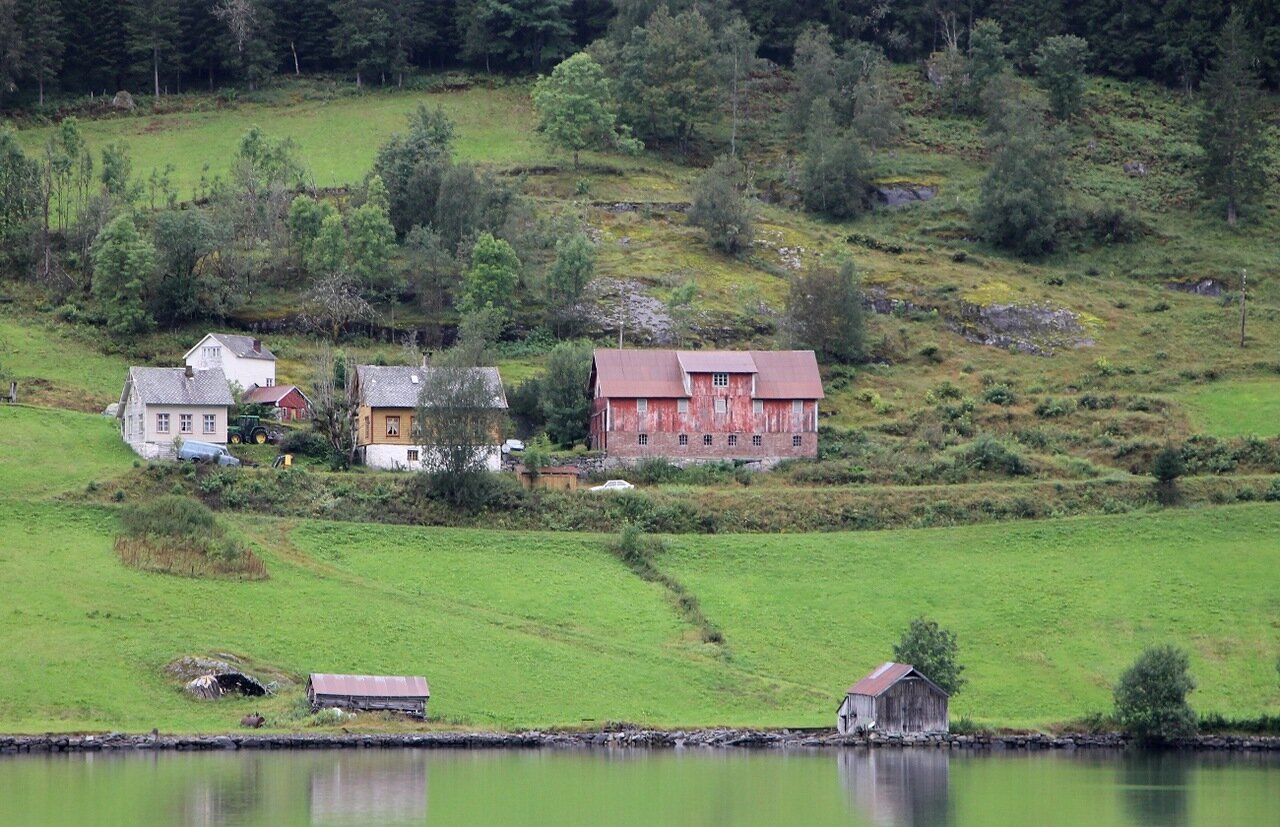 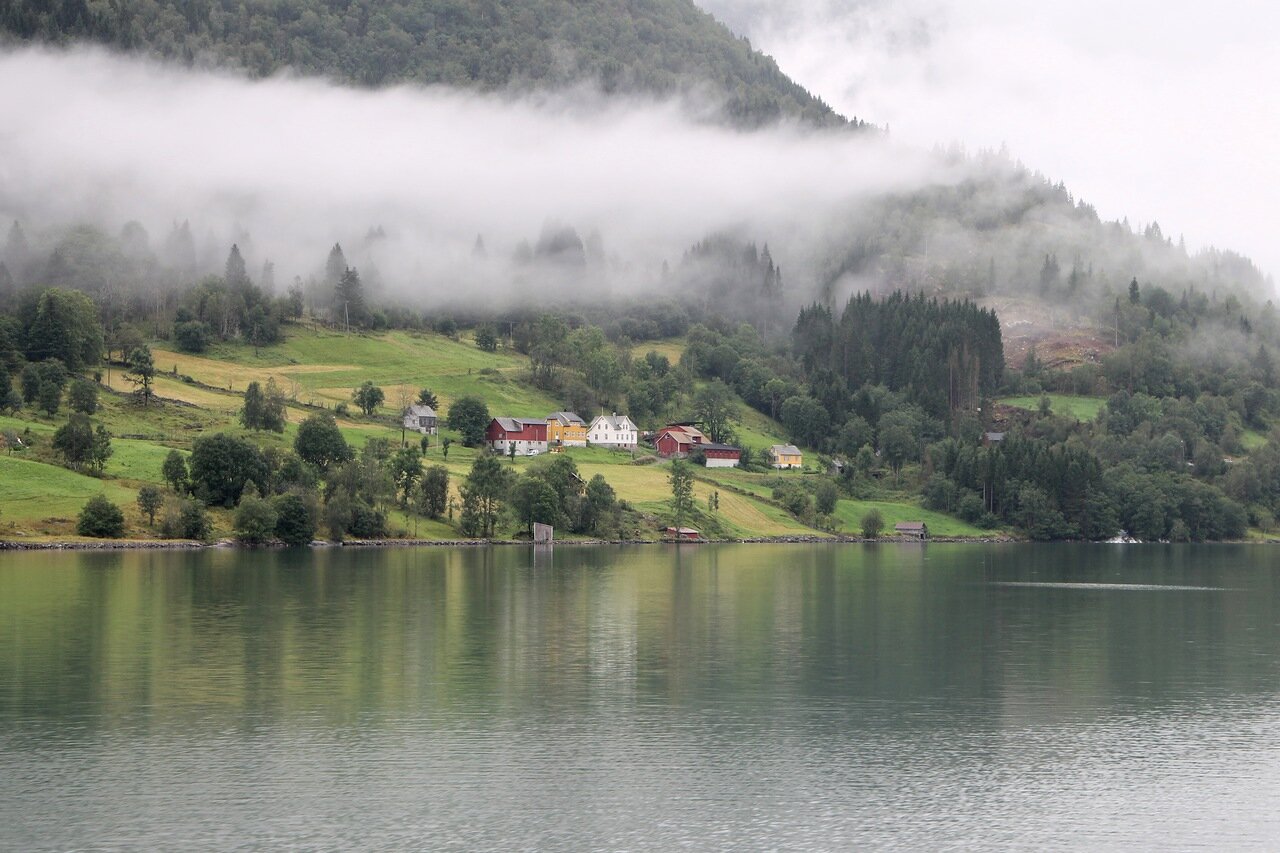 The formation of the Sognefjord began two and a half million years ago, during the Pleistocene period. As a result of erosion caused by the convergence of glaciers, the river system turned into a fjord. At the same time, 7610 cubic kilometers of rock were destroyed in the entire area of The Sognefjord basin, which today is 12.5 thousand square kilometers. The average depth caused by erosion was 610 meters, and the maximum, in the Eastern part of the fjord, 2850 meters. 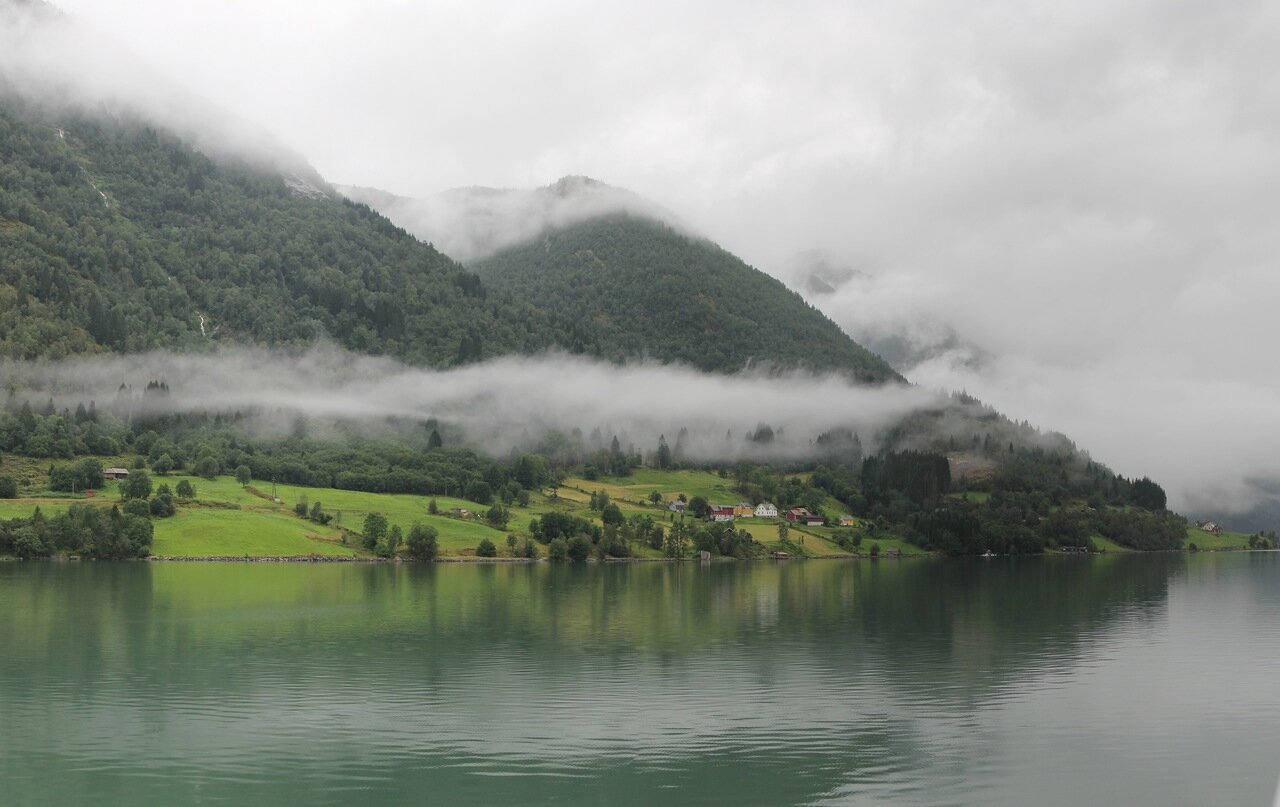 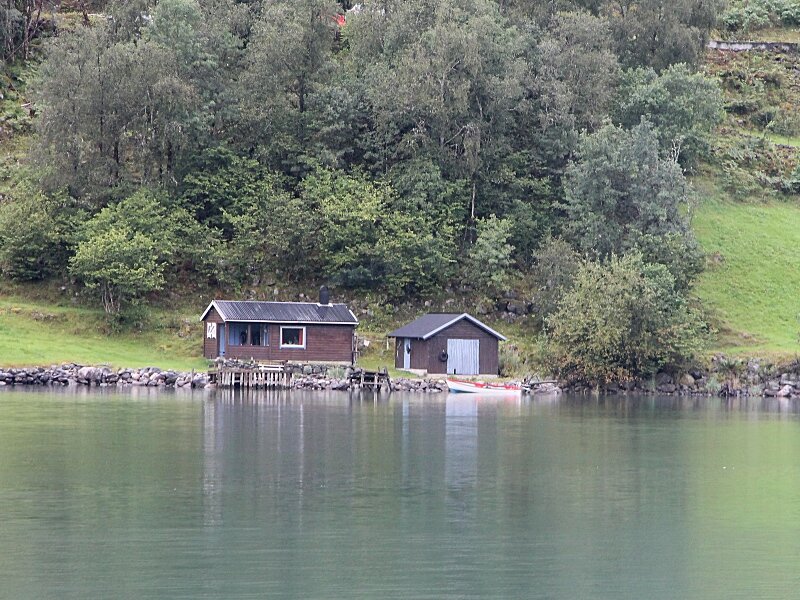 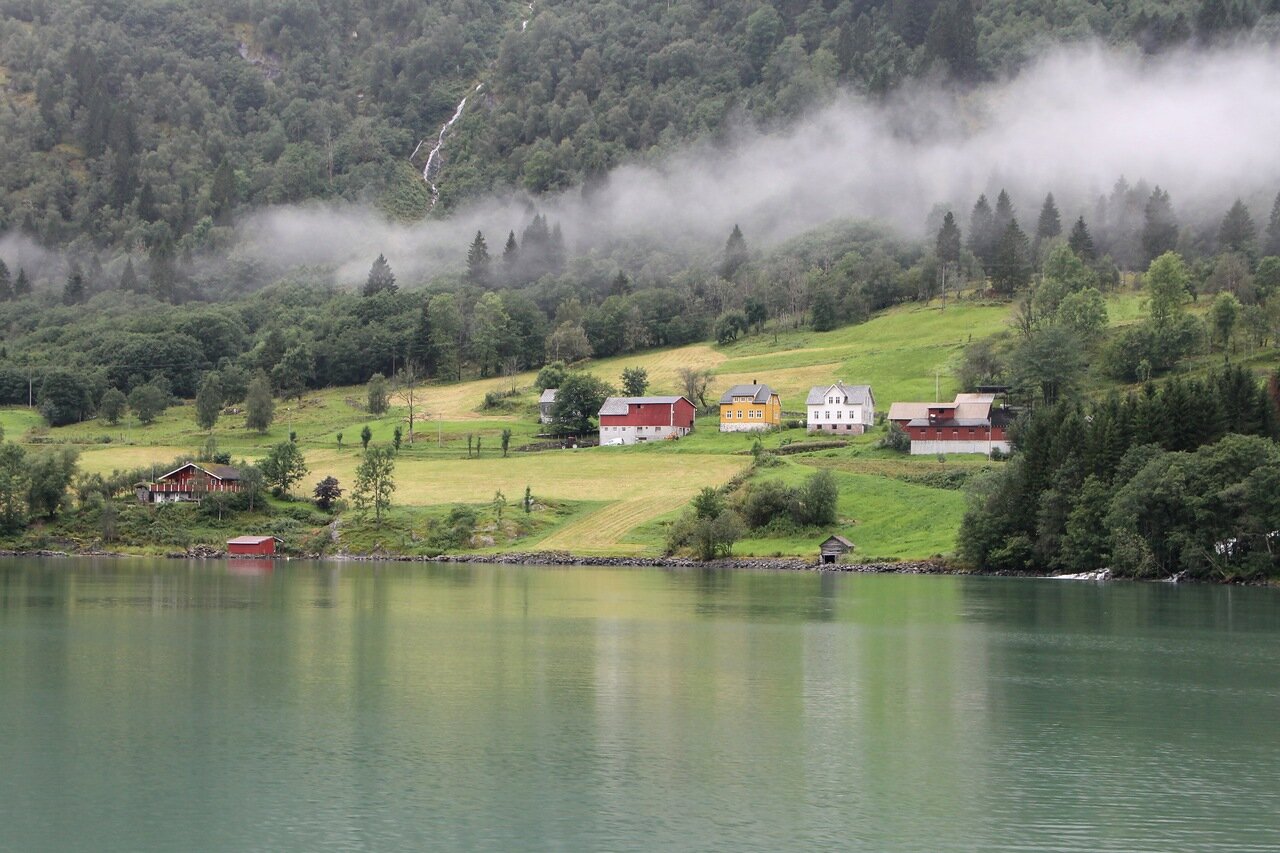 Fjaerlandfjord is one of the largest arms of the Sognefjord, near its mouth. The fjord is 27 km long and 1.5 km wide. 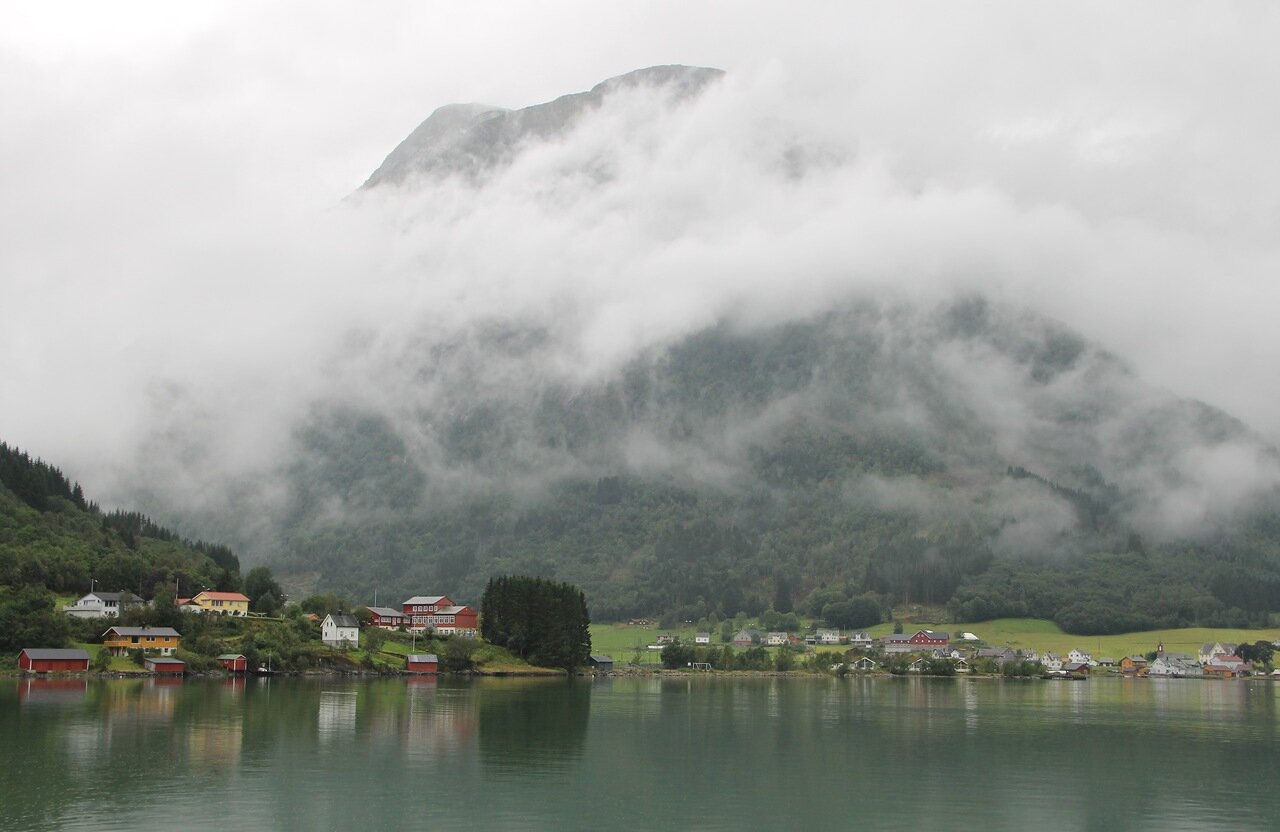 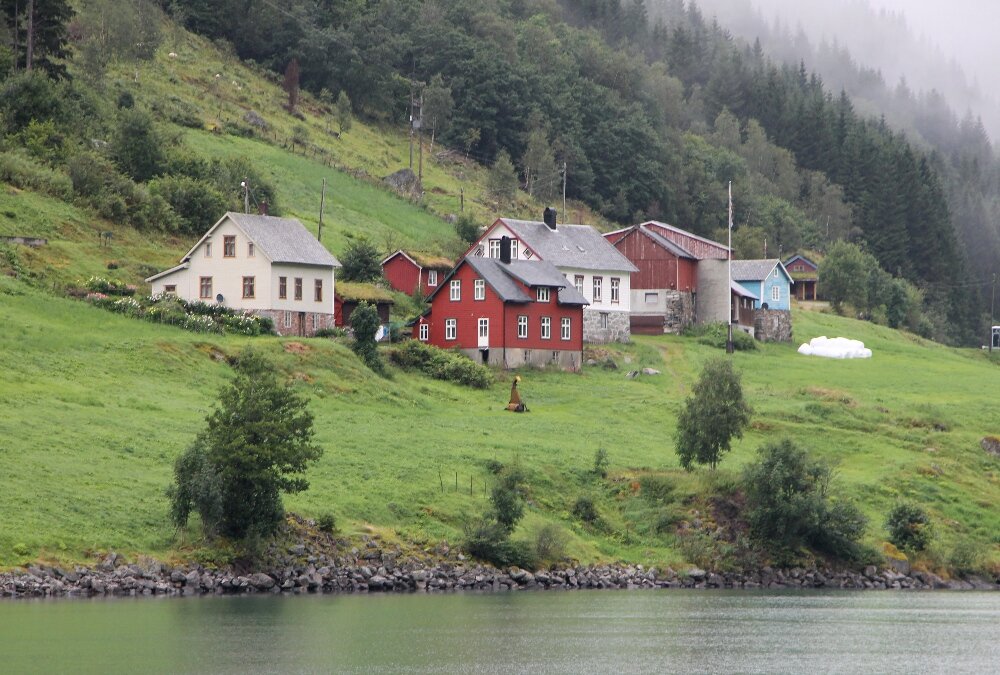 Ahead of you, you can see a ship that recognizes the features of one of the Soviet liners of the Alexander Pushkin series. Now this ship is named Marco Polo. 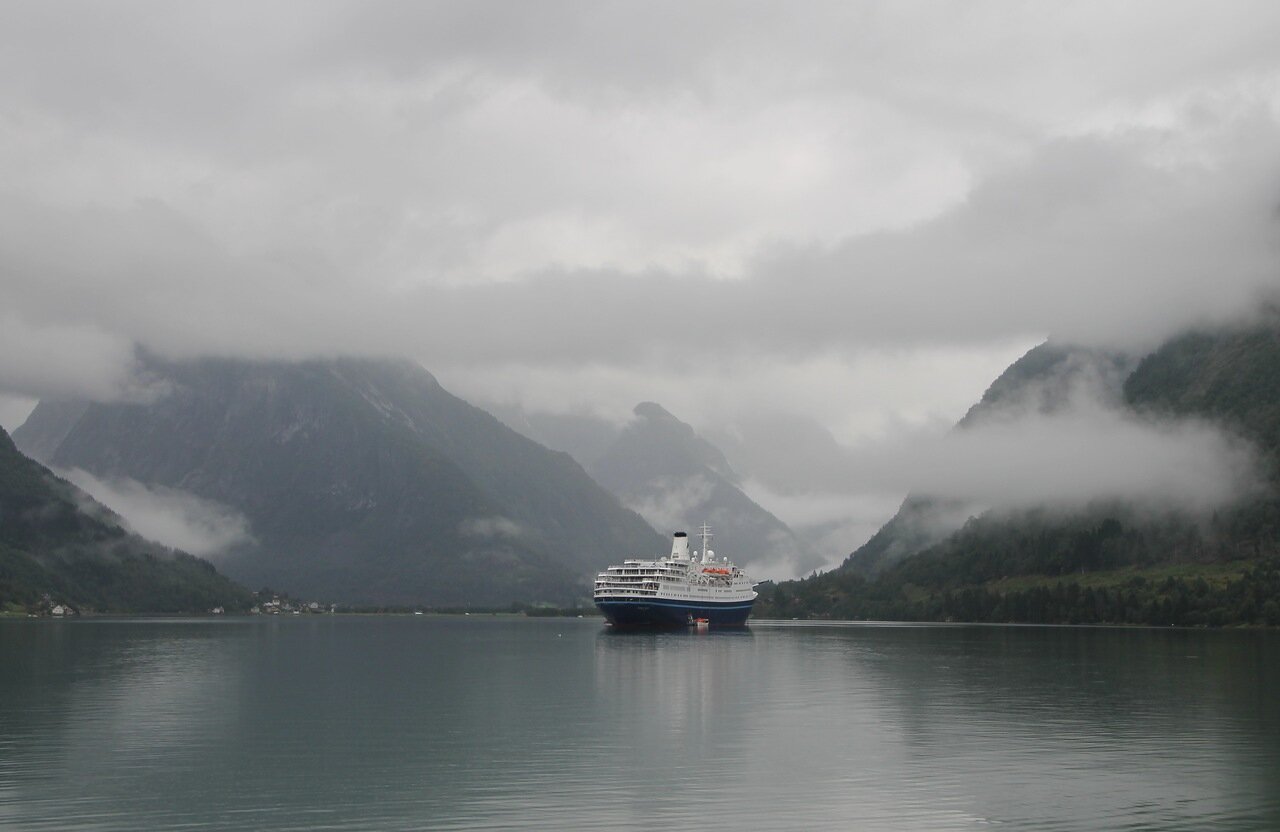