Waterfalls and farms of the Geirangerfjord

Saying Goodbye with a nice settlement Geiranger again climb on the deck of the ferry which is going to take us on the most interesting part of the Geirangerfjord. 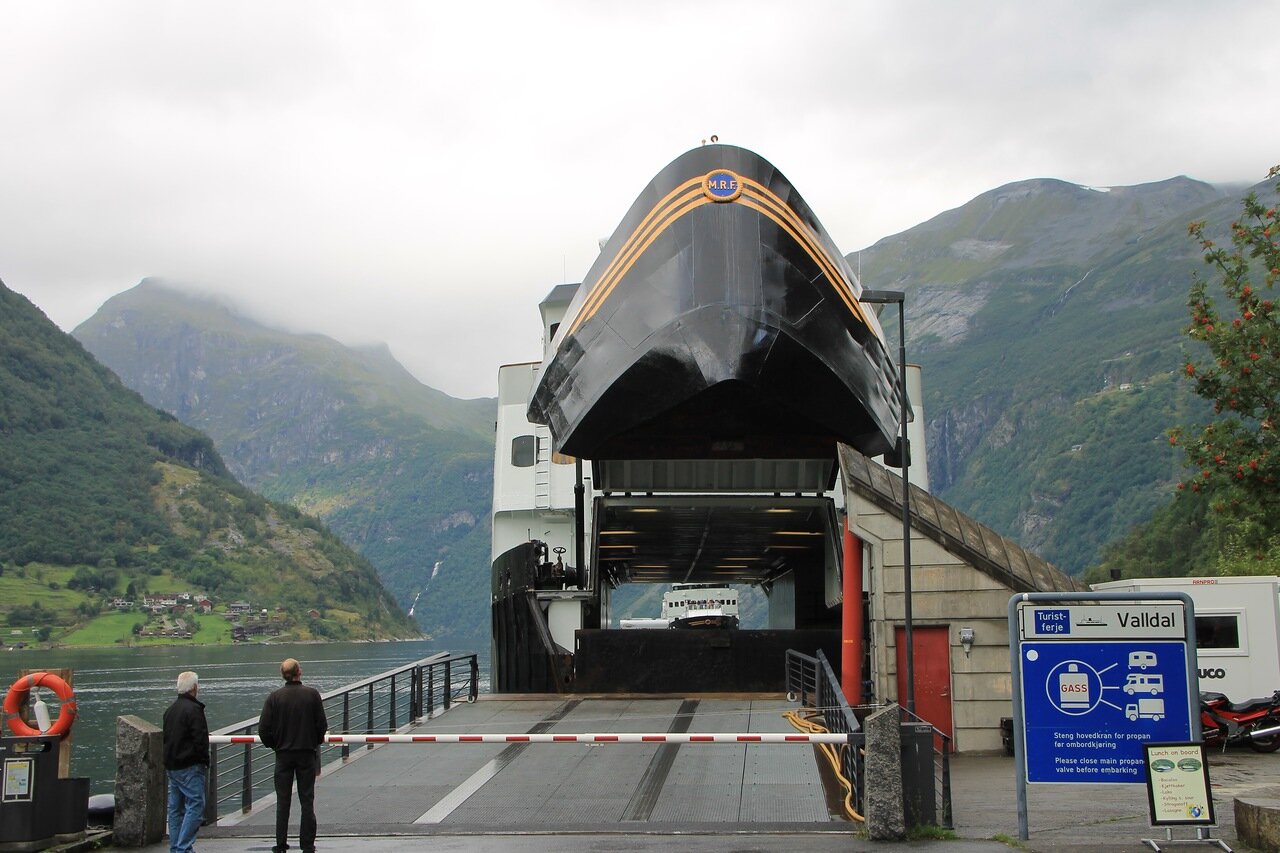 Water surface of the fjord is surrounded by steep cliffs up to 400 meters. 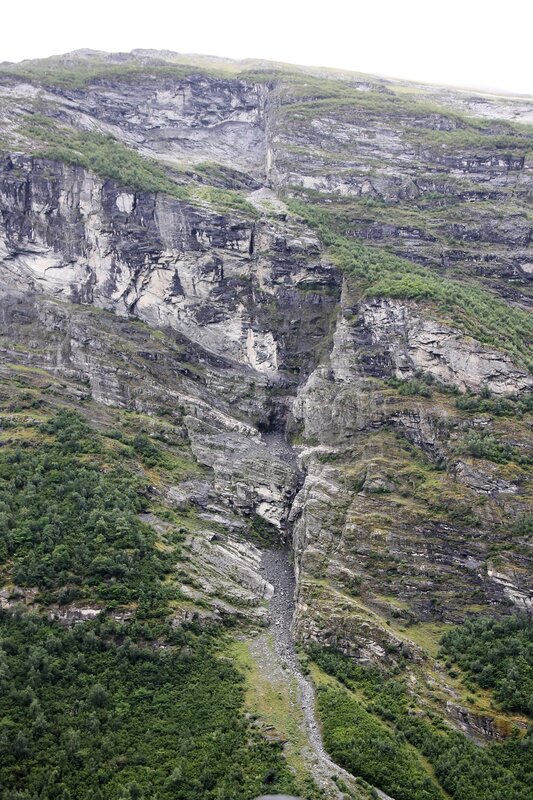 With stone walls here and there break down the mountain river, forming a large number of waterfalls. 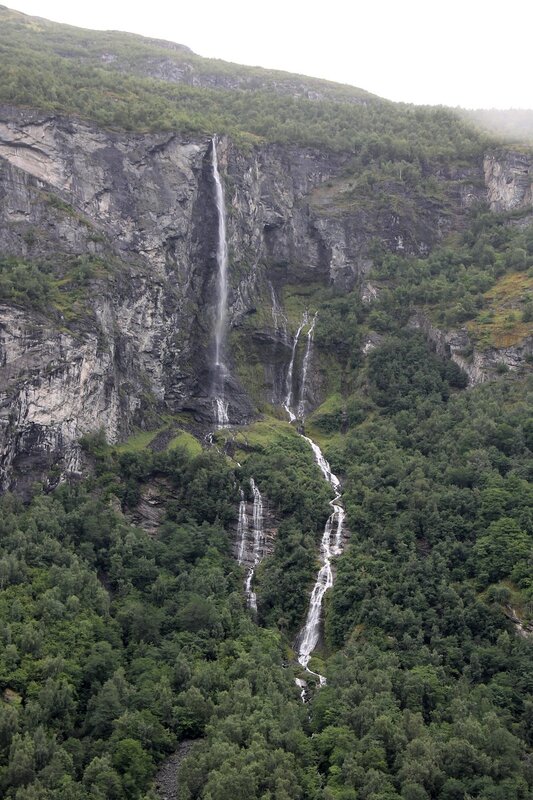 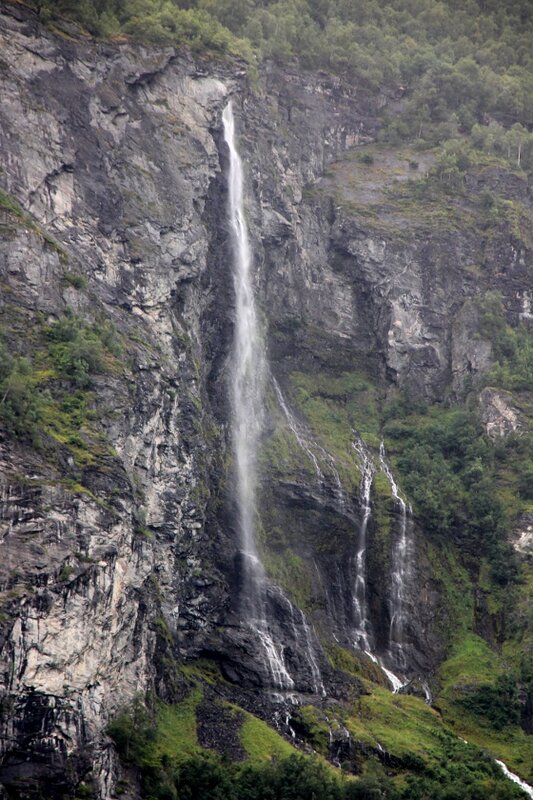 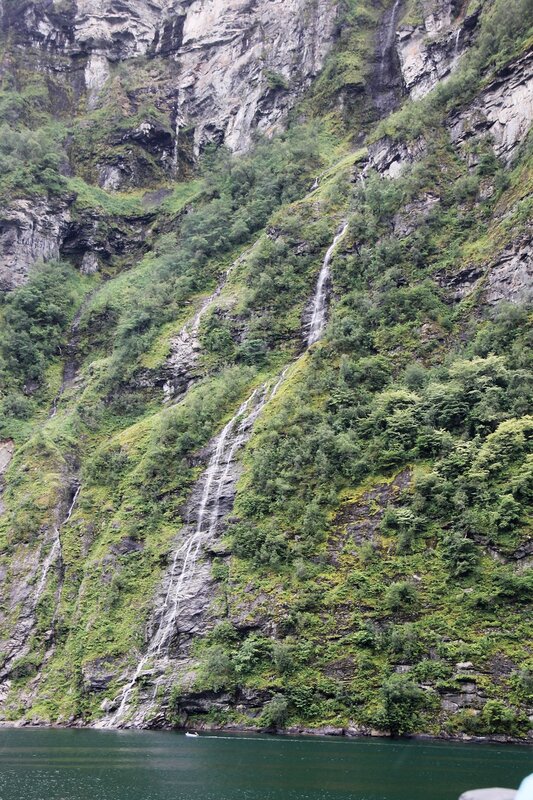 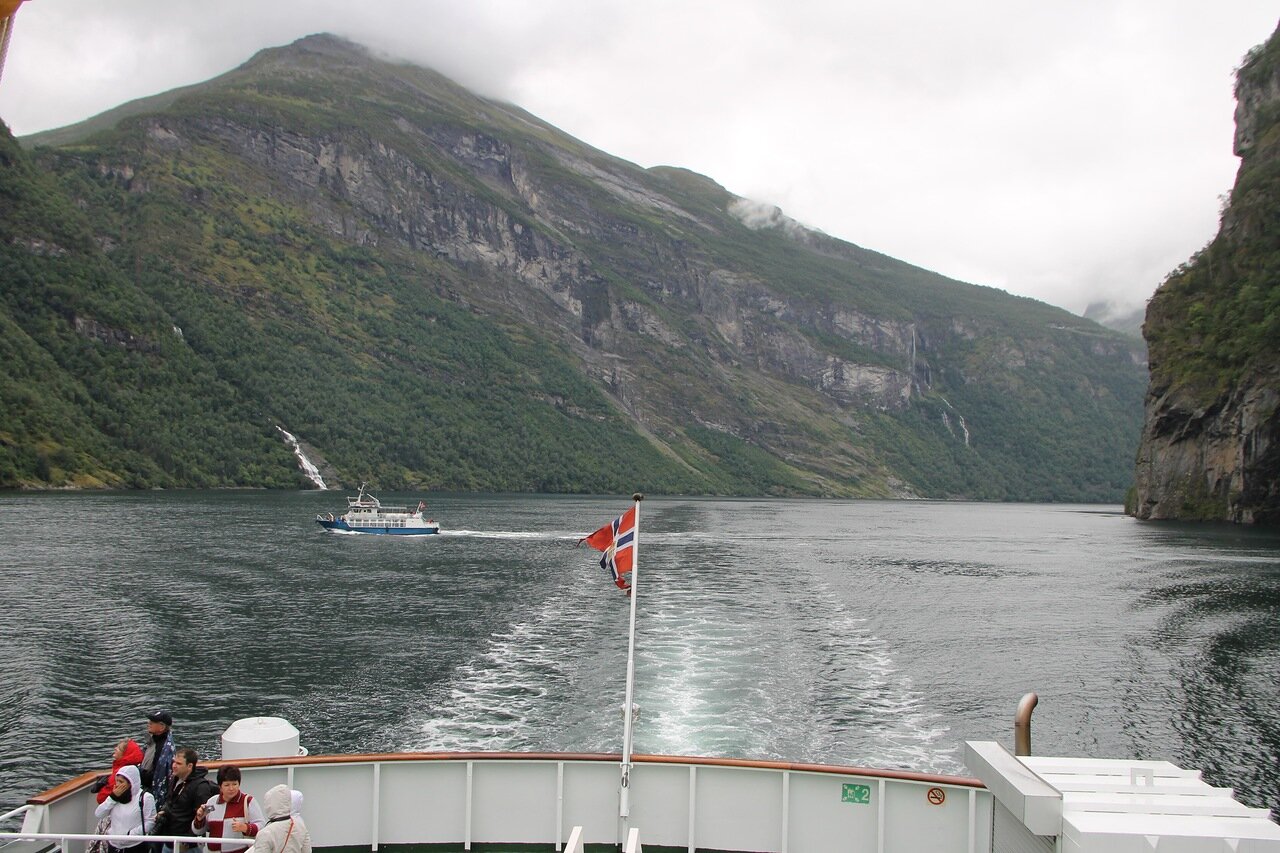 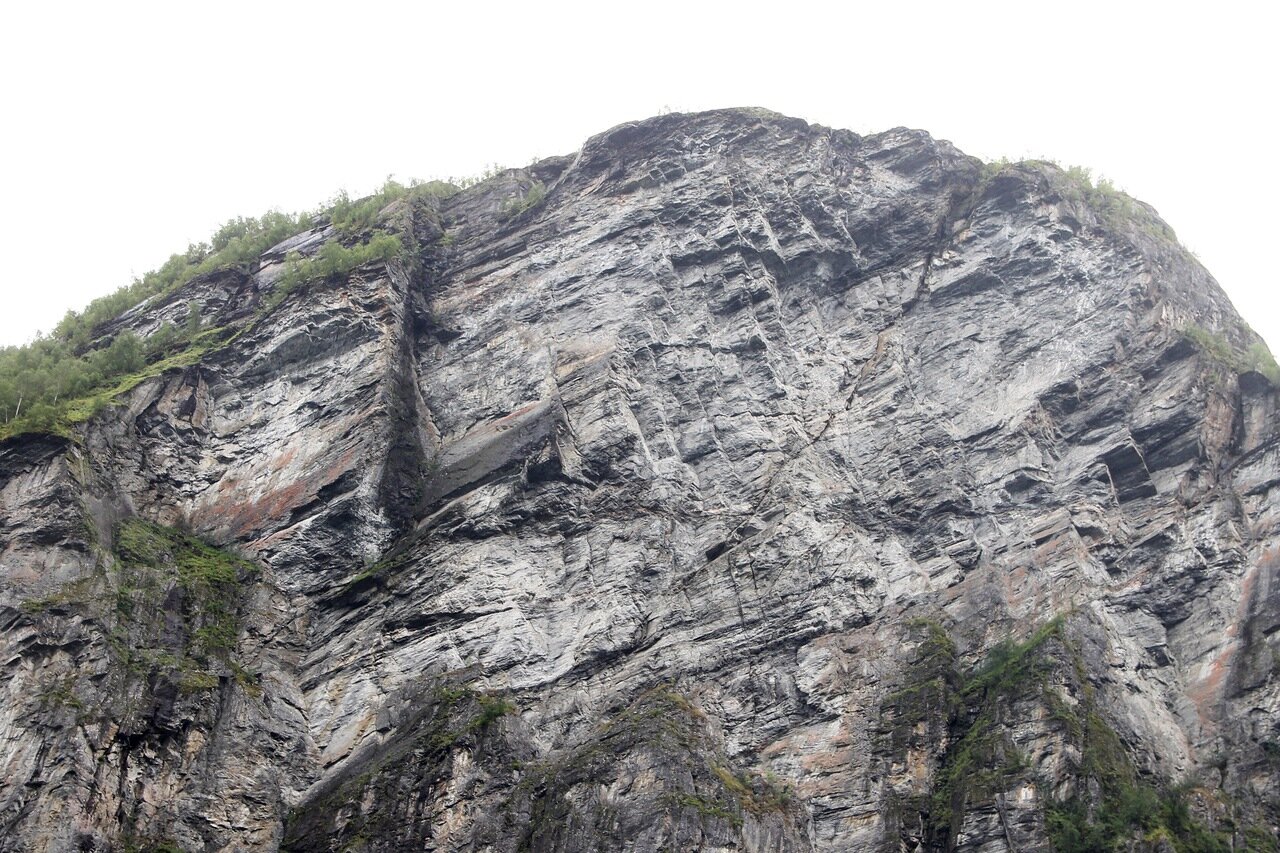 poker face Troll. According to legend, trolls are nocturnal, when the first rays of dawn are hiding in the caves daylight draws them into stone. This Troll, apparently, did not, and even lost his nose. For some reason, about this interesting rock is not mentioned in the guidebooks. 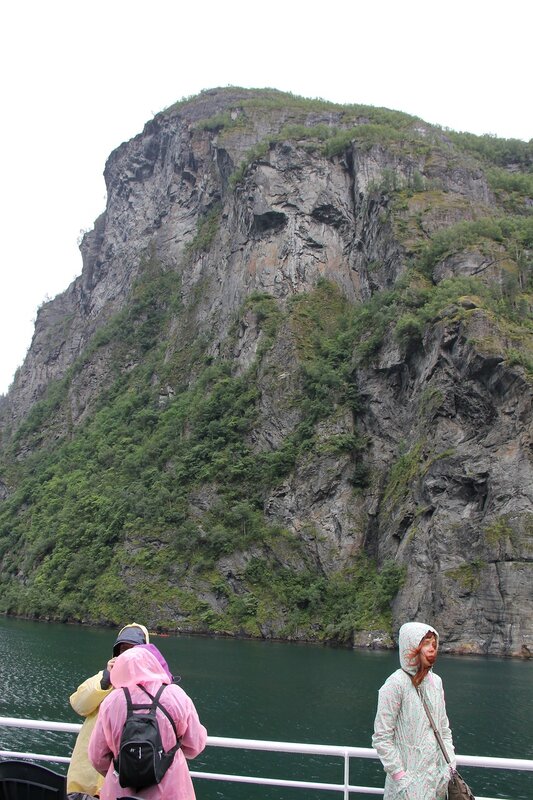 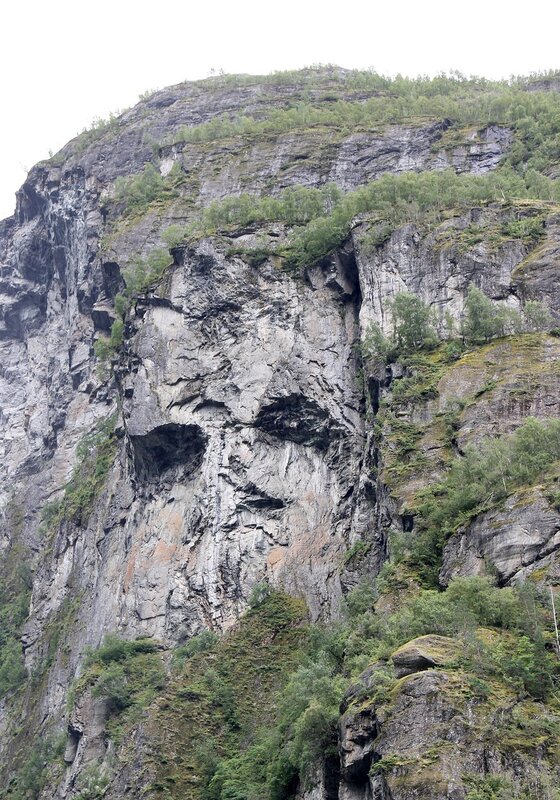 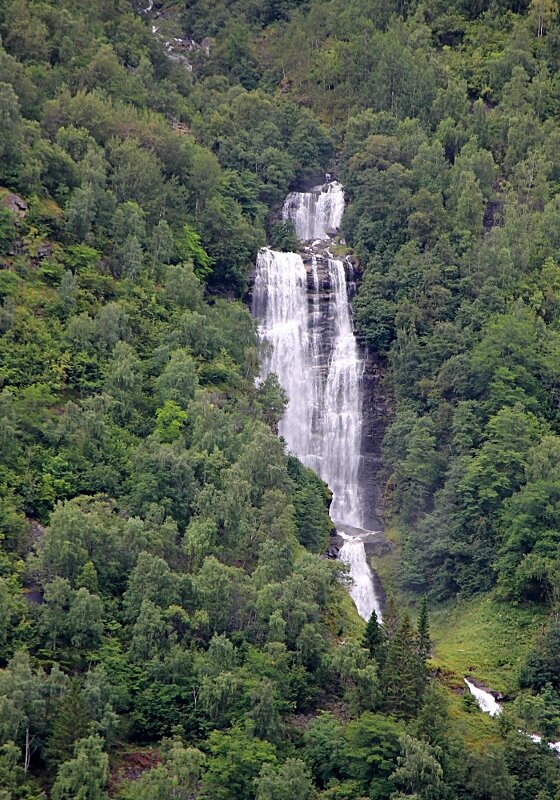 Ancient legend tells the story of a young warrior-Viking, who decided to marry one of the seven beautiful sisters. Taking a wedding veil to cover the head of his lady, he went to Woo, but stop and think hard - who is out seven to give the preference. The question was so difficult that he solved it before it turned into a waterfall. The same thing happened and not waited for the groom beauties, which became a waterfall Seven Sisters (Syv Søstre). 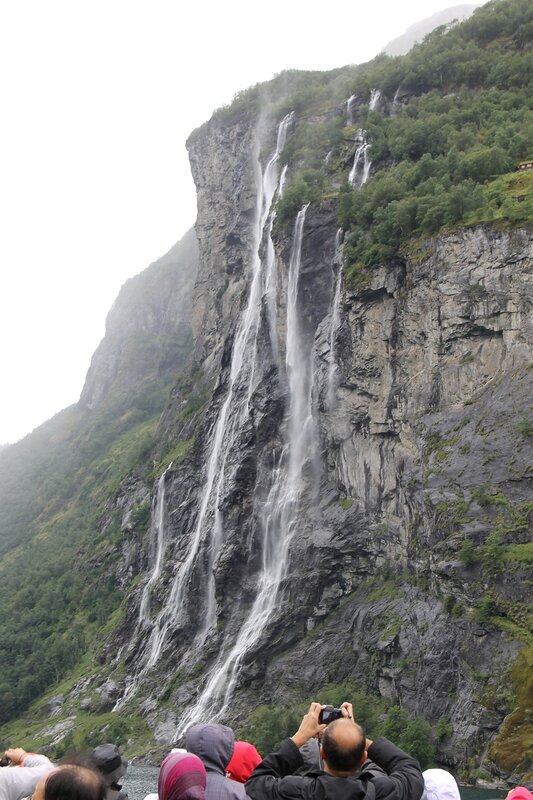 highest "sister" starts at an altitude of 250 meters, and their number depends on the water level in the rivers that feed them. During the period of snowmelt, the falls look most impressive. Now the end of summer, water a bit, because full of jets just four and a half. 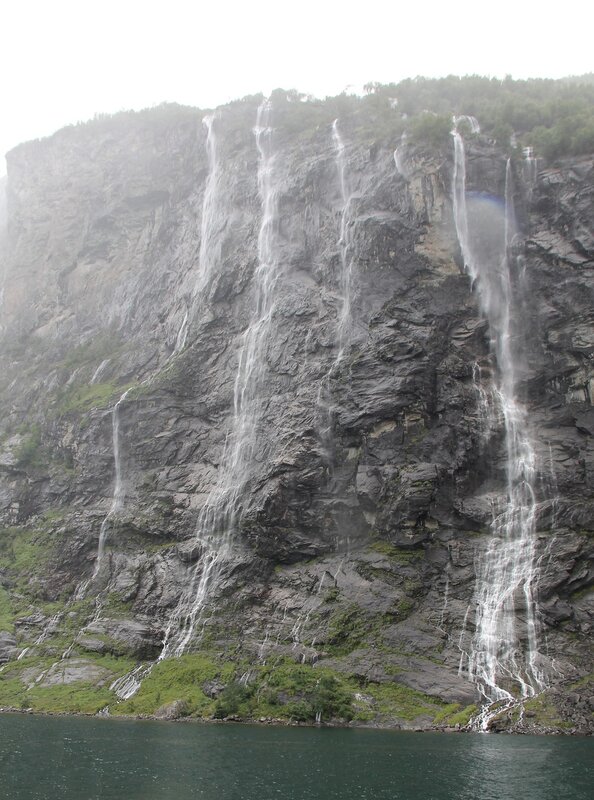 next to "sisters" on the other side of the fjord, flaunts a flowing waterfall "Suitor" (Friaren) that forms at the bottom of some cascades. The source is situated at altitude 440 meters, but is visible only the lower part, a height of 275 meters. 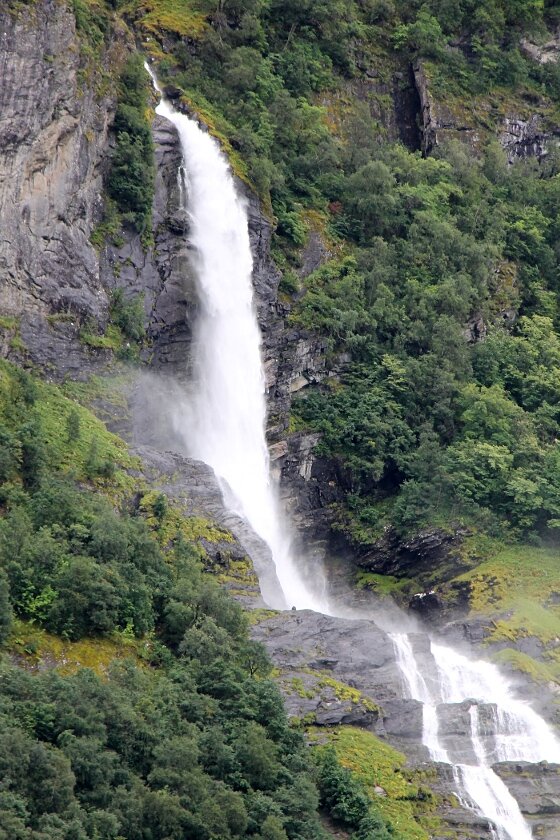 Waterfall is sometimes referred to as Friarfossen - "brother", or Geitfossen - "the goat falls". Or just Skageflåfossen - "breathtaking". Due to the fact that the waterfall is expanding on a rocky ledge, takes the form of a bottle, evil tongues say that the groom, from the inability to make a choice, addicted to this container. 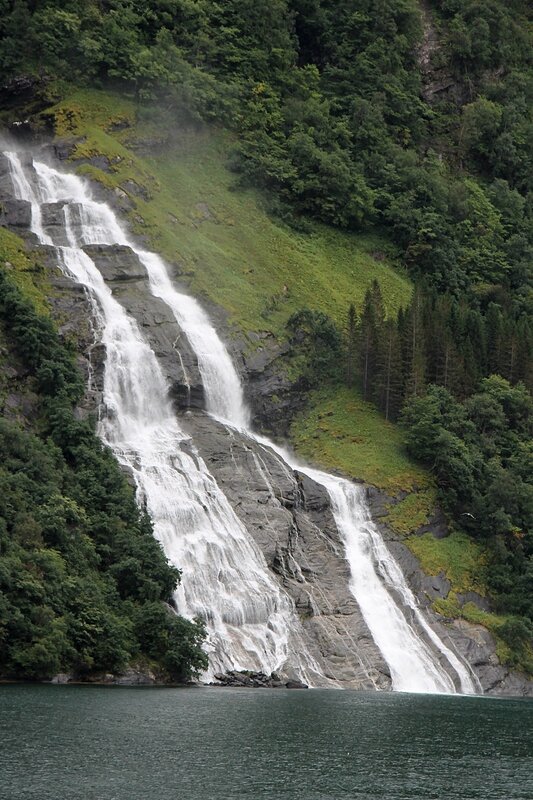 a Little further - Prim Bridal Veil (Brudesløret), and remaining hanging on the rocks. 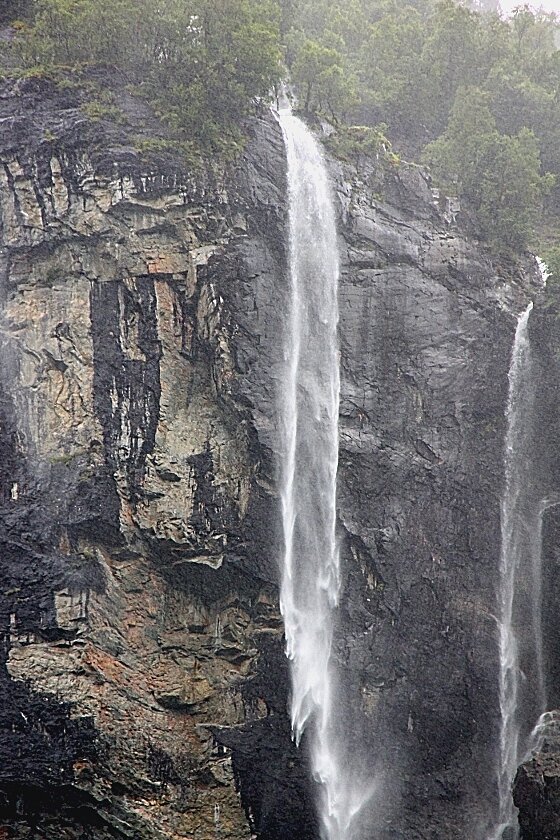 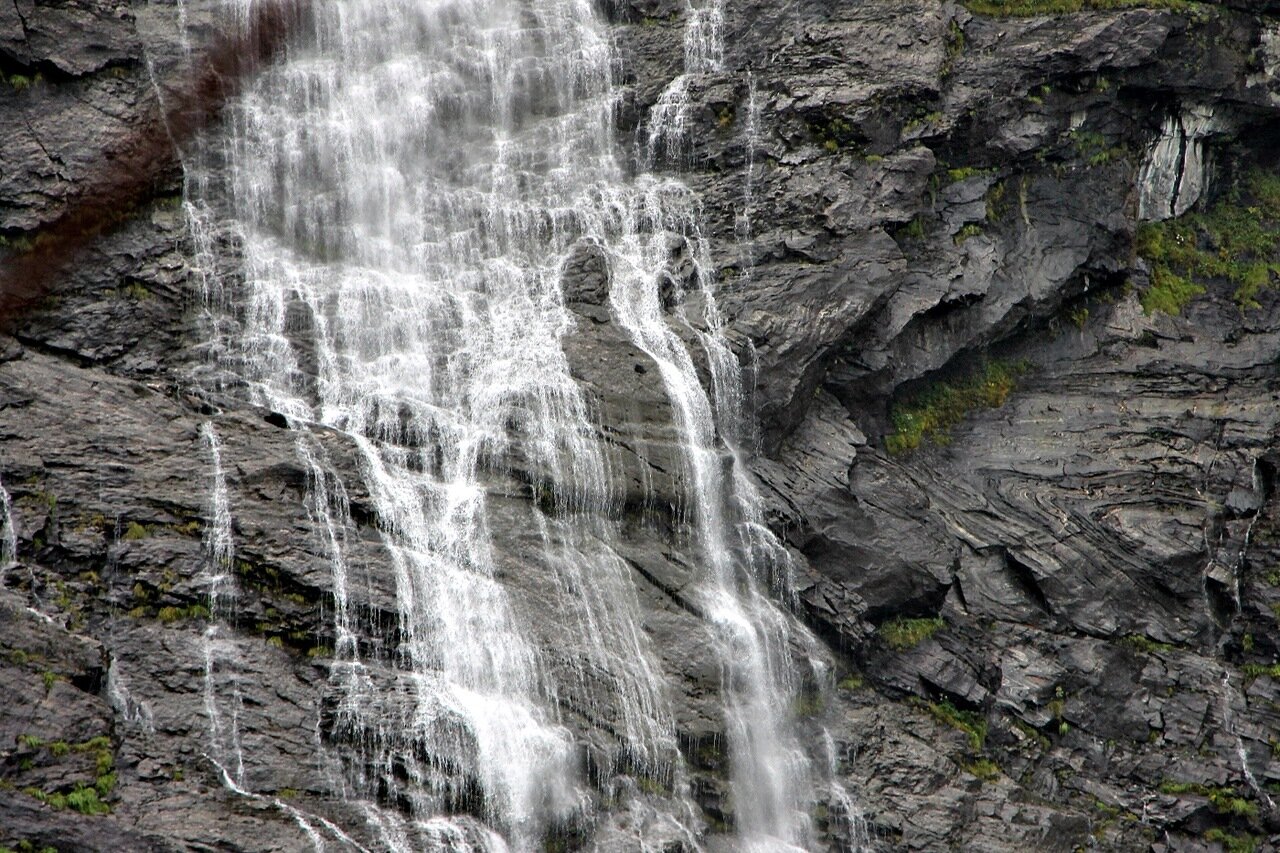 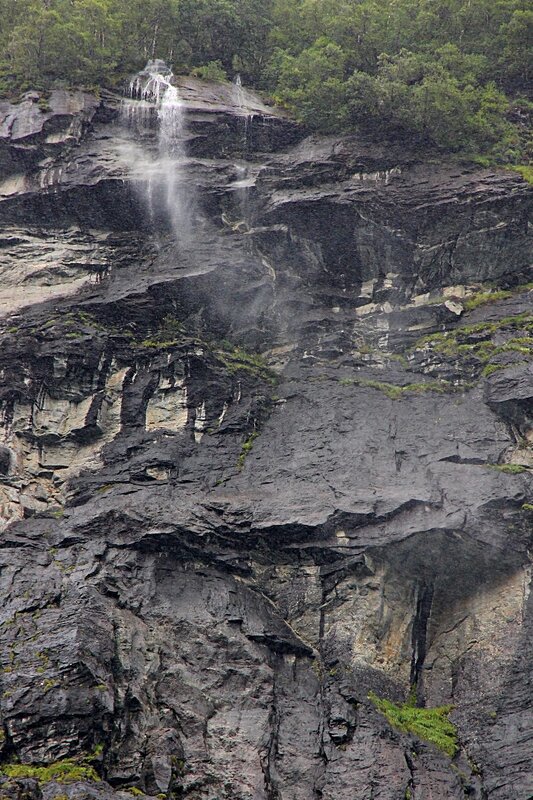 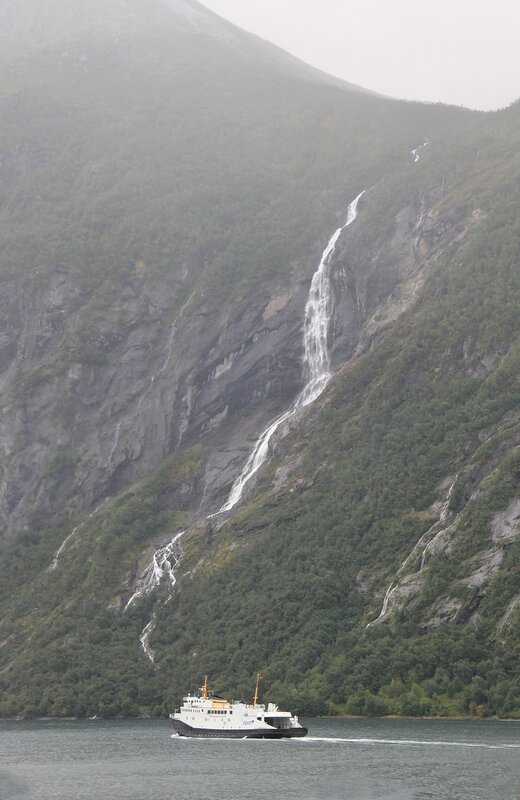 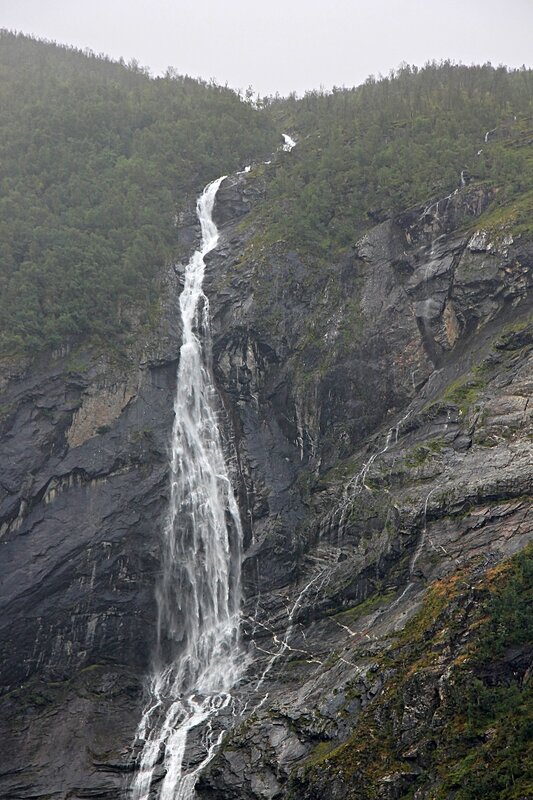 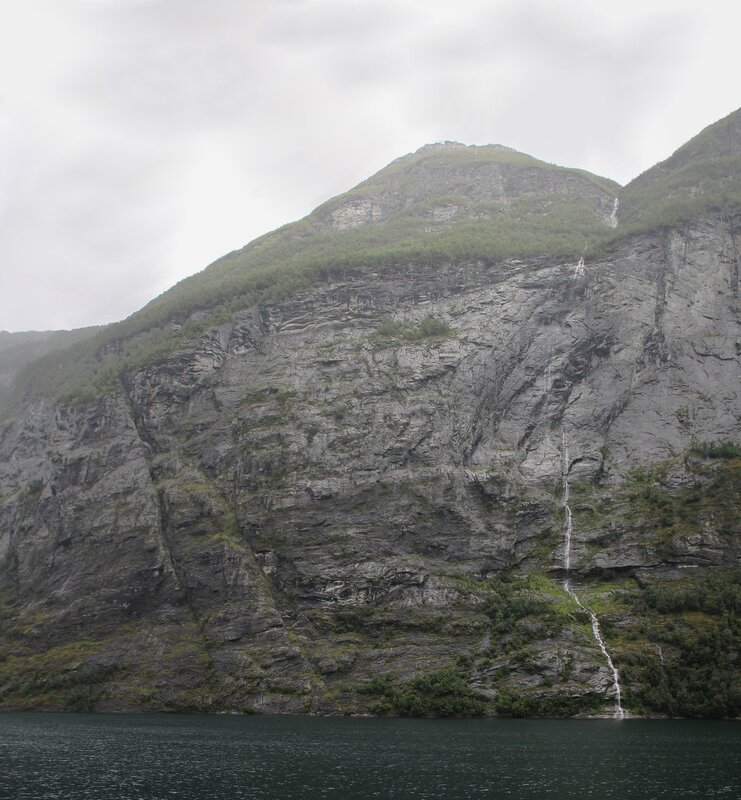 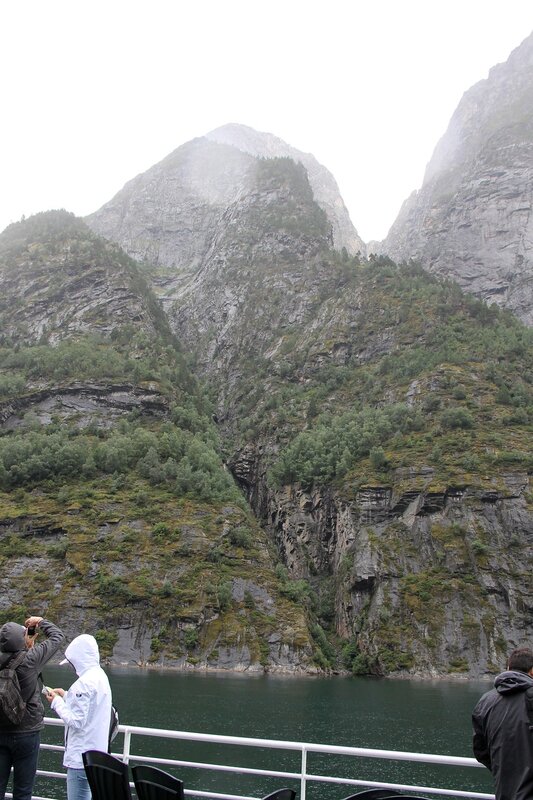 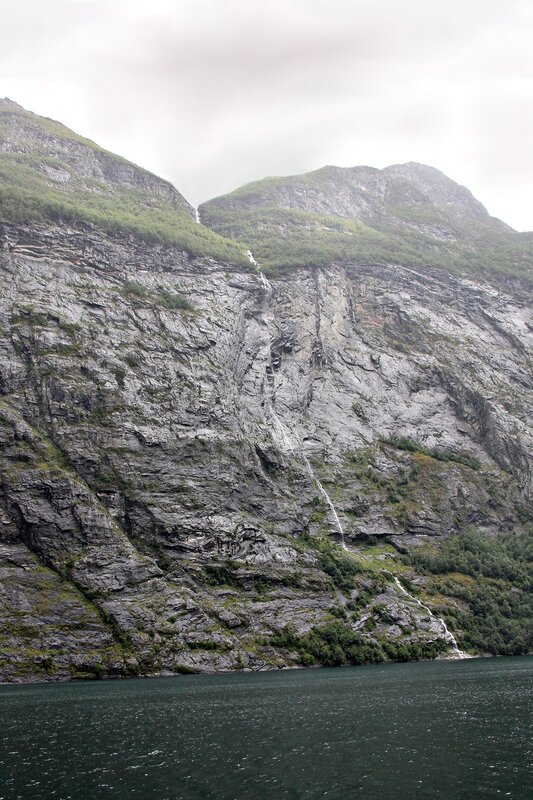 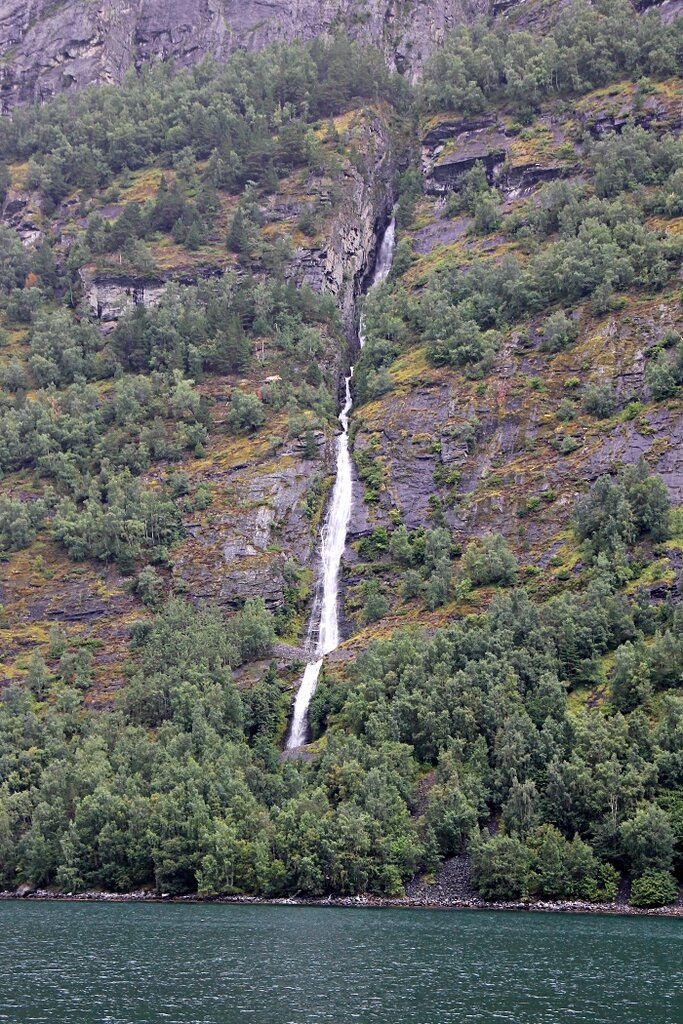