Was dark when we arrived to the place of our today's overnight stay in the town Haugesund. It was our first night in a large village, if such can be called a town with a population of 16 thousand inhabitants. But this is Norway...Settled in the hotel and a quick bite, I went on a night photo shoot.

On the waterfront are a few restaurants - one quiet - there communicate with older people, next the music thunders - youth café. 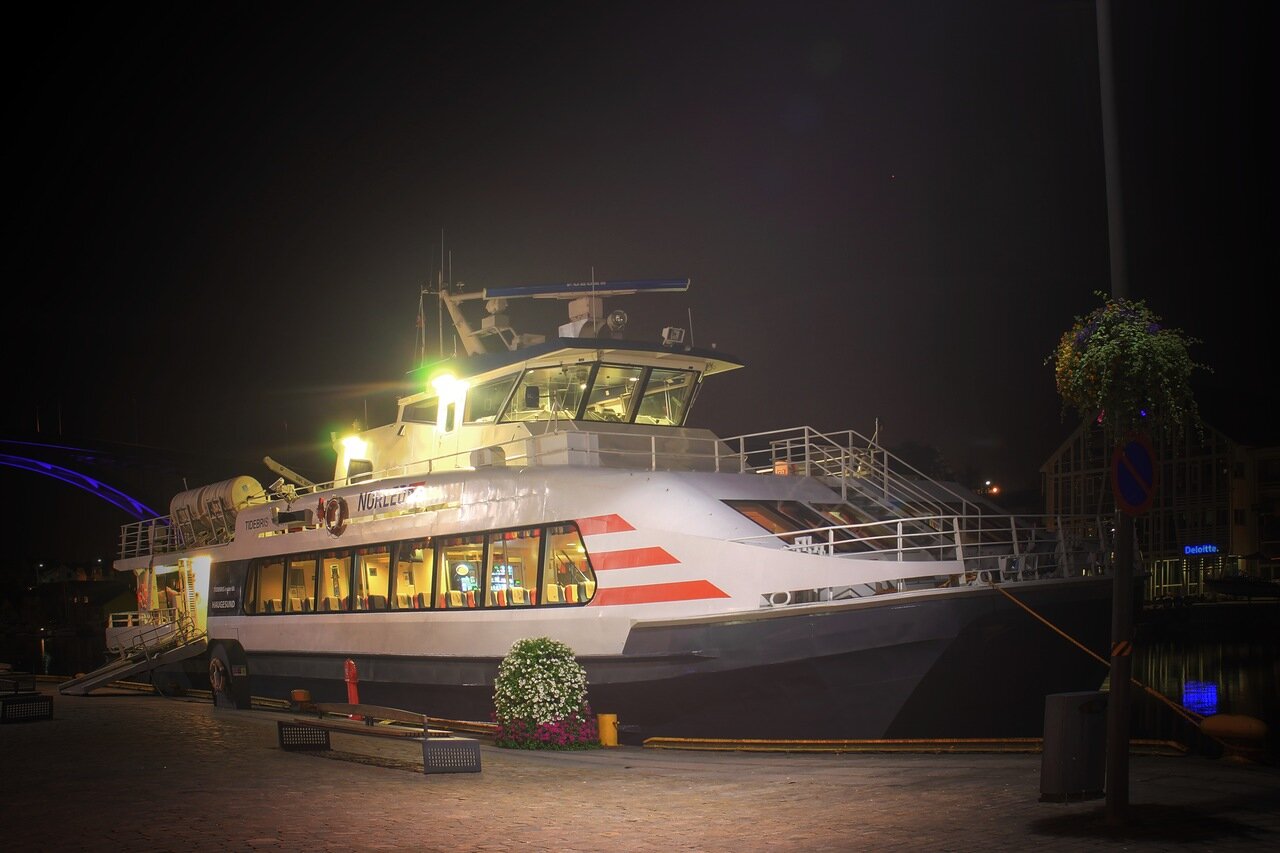 Exactly 23 hours as all was silent, the light in restaurants is out, and the people simply quietly disappeared...so I didn't even notice.

Central Avenue of the city with the monument to the fishermen - the main occupation of its residents. 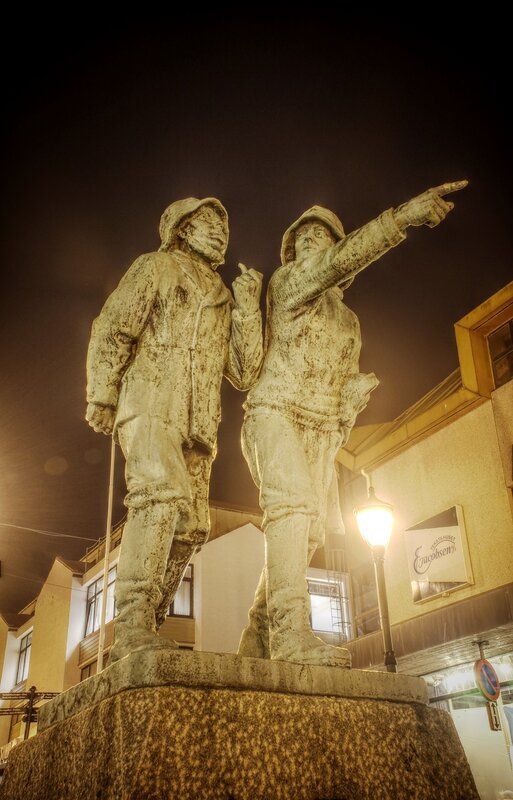 about an hour I wandered with a tripod on completely deserted streets, a couple of times met a small youth company that quietly sat by the fountains, but they soon disappeared. 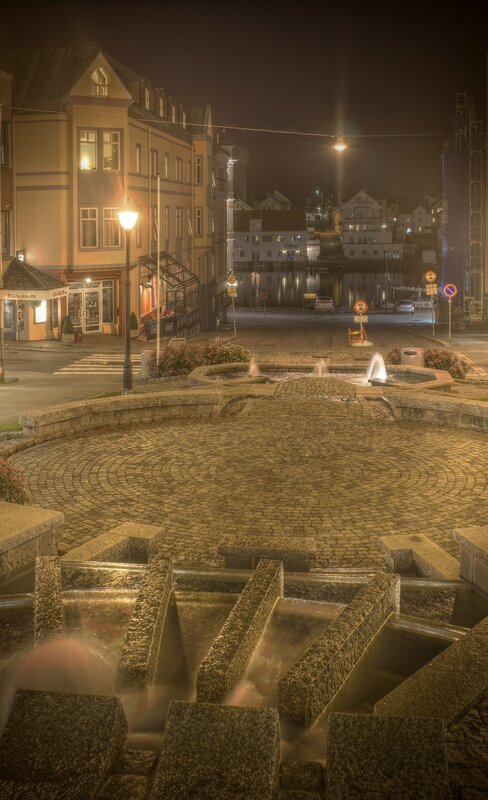 "Clean, neat, all not as we do", said Lev Soloveichik in "Features of national fishing" film. I live about the same populous town, but such improvement is not necessary even to dream. 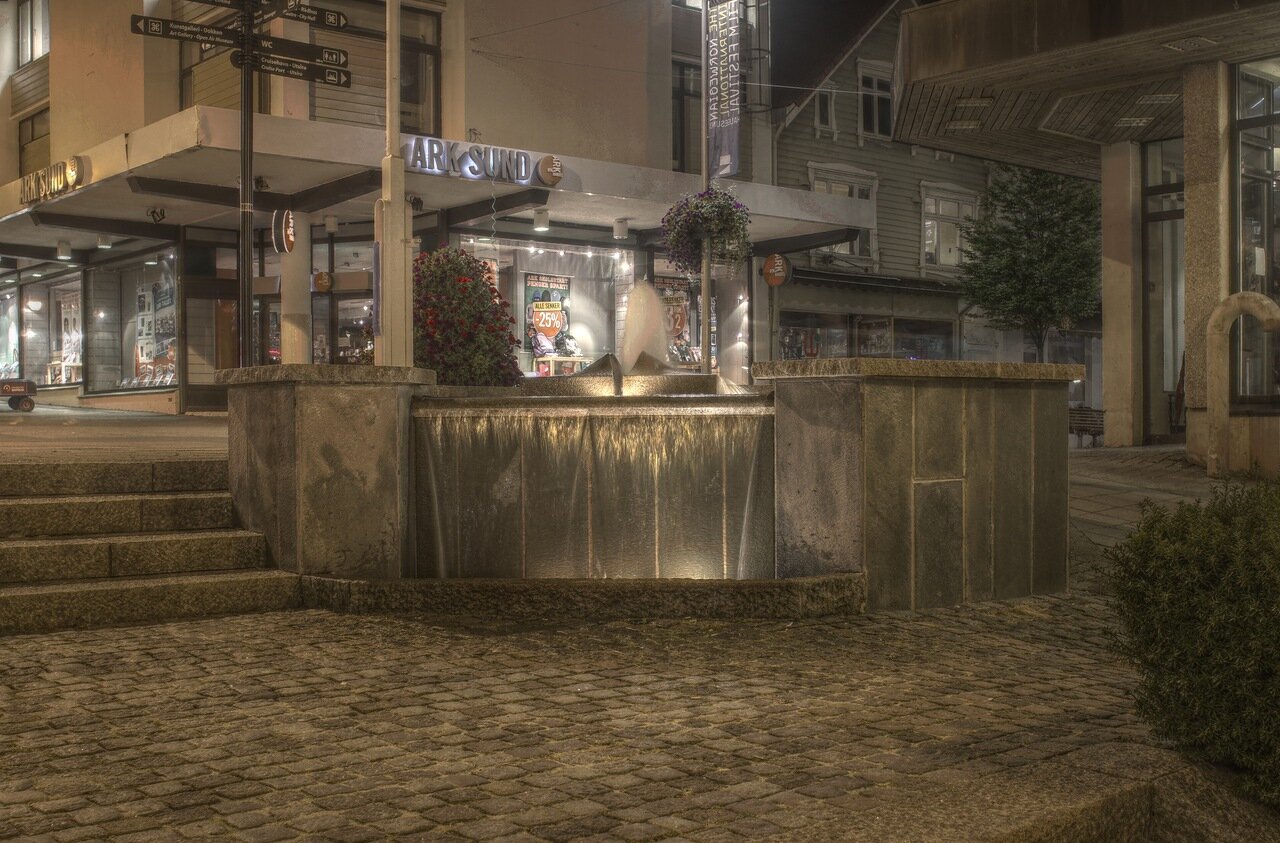 City Church of neo-Gothic architecture - and strictly no frills. 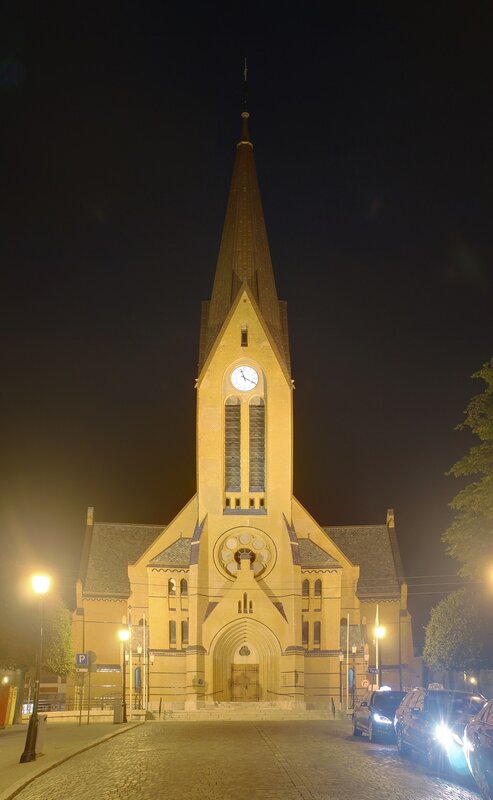 after midnight back to the hotel, the hall of which is decorated with original sketches. 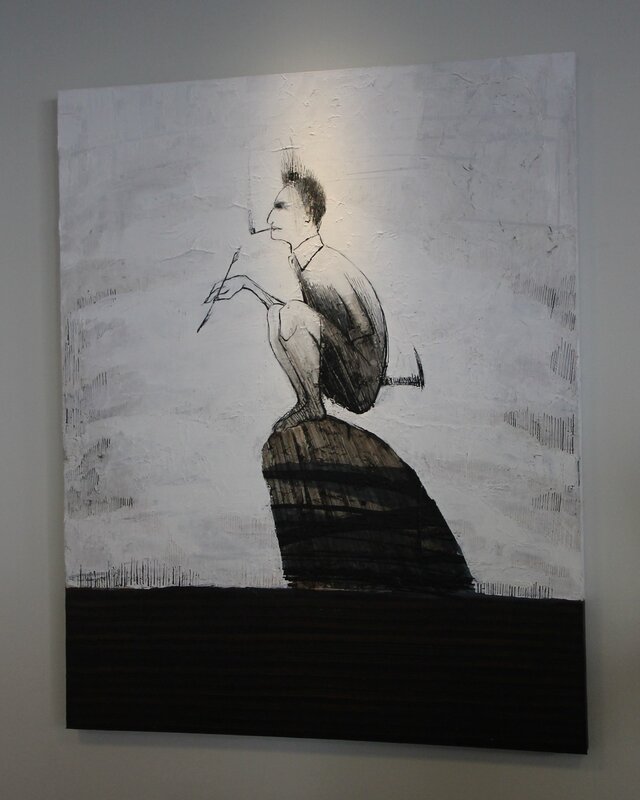 Revealing the trash baskets in Scandinavian hotels. Sorting garbage starts at the very beginning of his path to disposal. 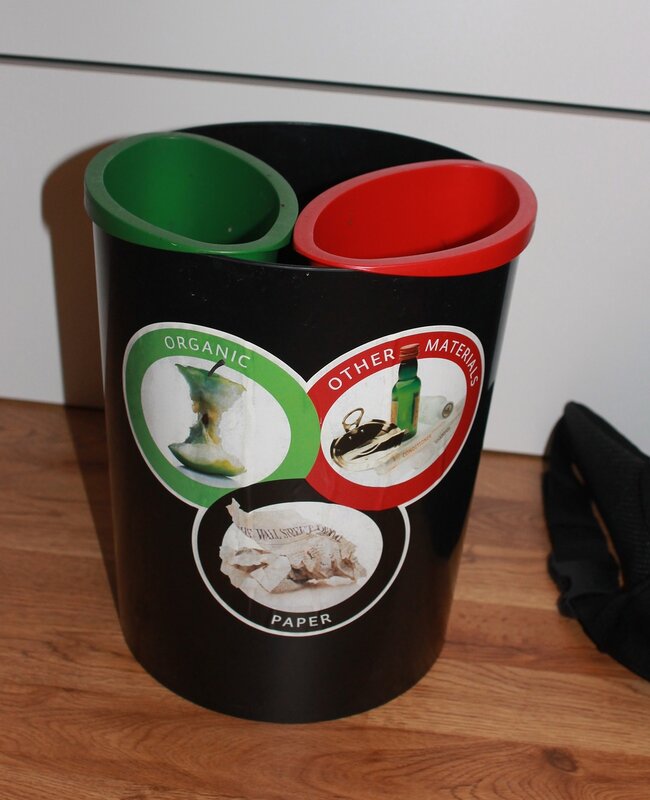