Haugesund. The views from the Risøybrua bridge

The Risøybrua bridge map) crosses the Strait Smedasundet (Smedsundet ) and connects the island Where (Risøy) to the mainland. The bridge was built in 1939, renovated in 1991 and 2008. Its length is 361 meters, height of 22 meters. The recent repair of the bridge has acquired beautiful illumination in the dark. 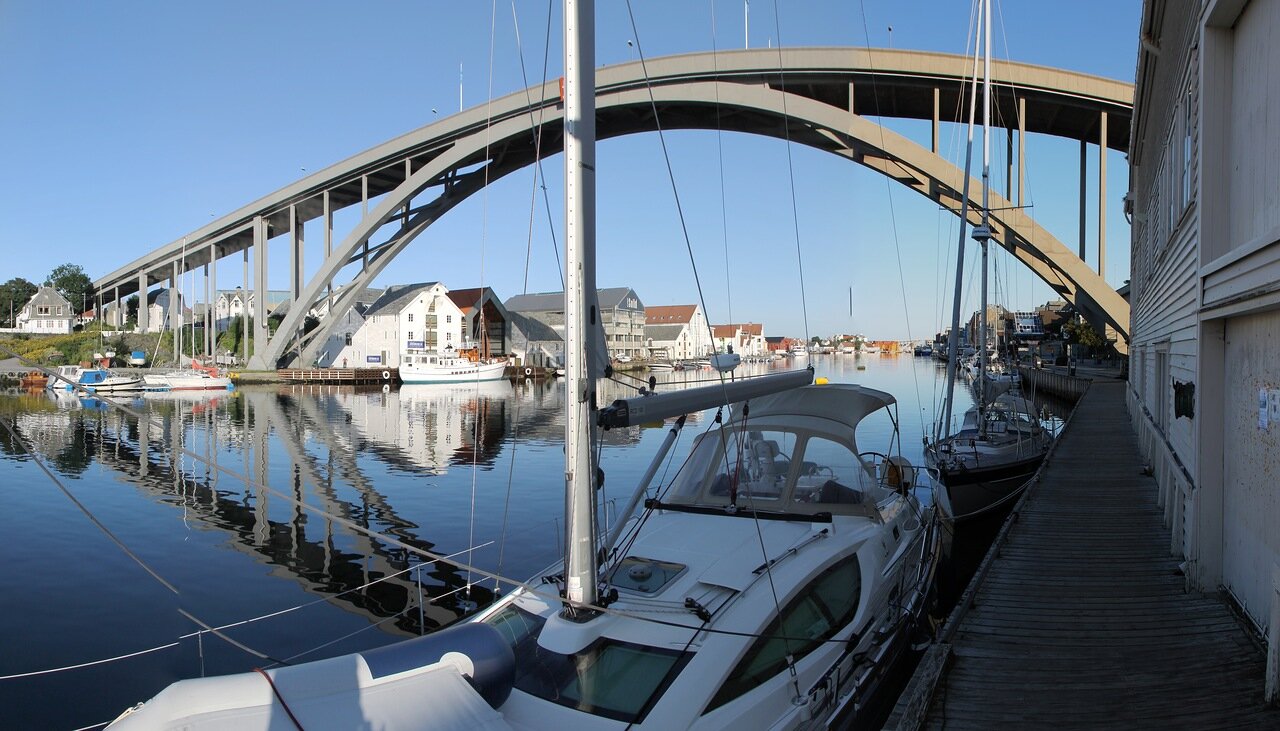 bridge leads To the long arc of the overpass.

In such "water garage" can be freely placed fishing trawler. 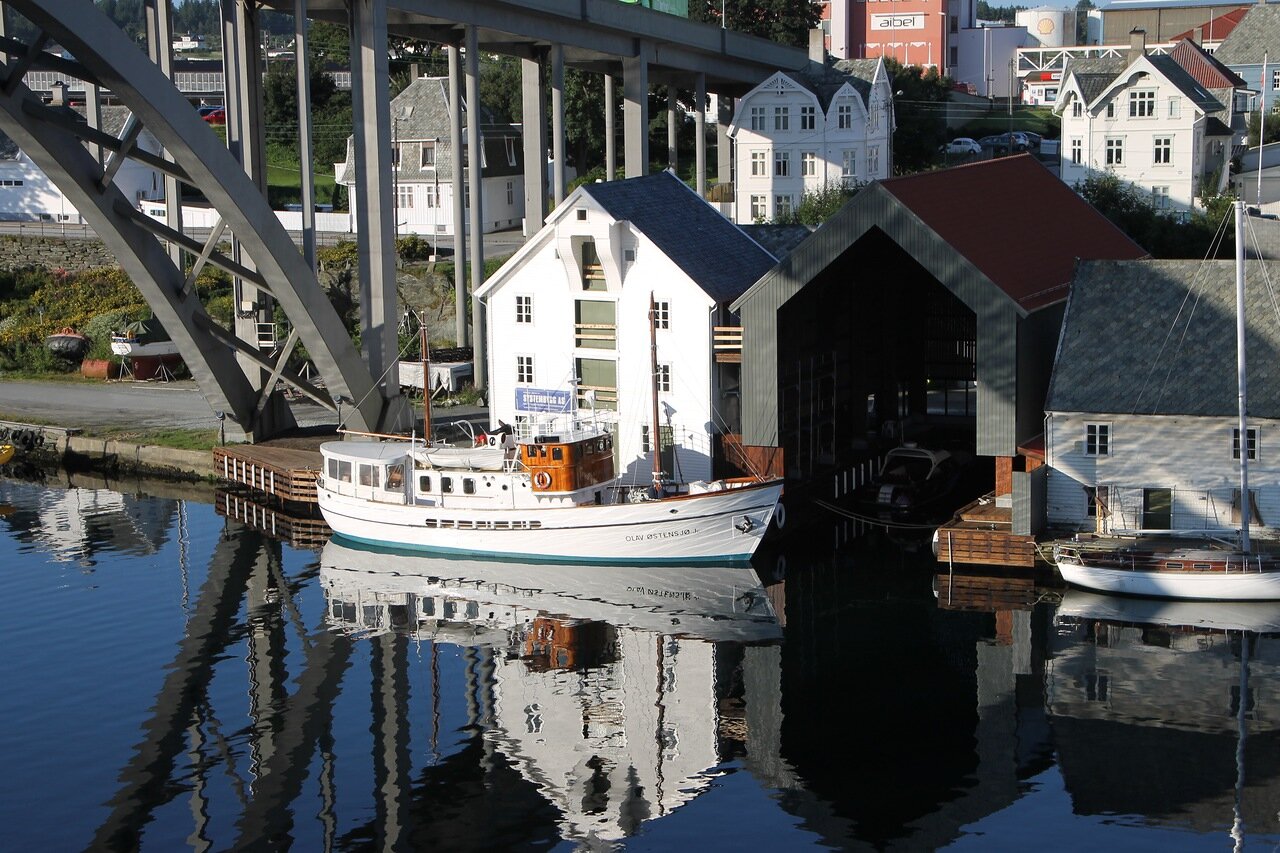 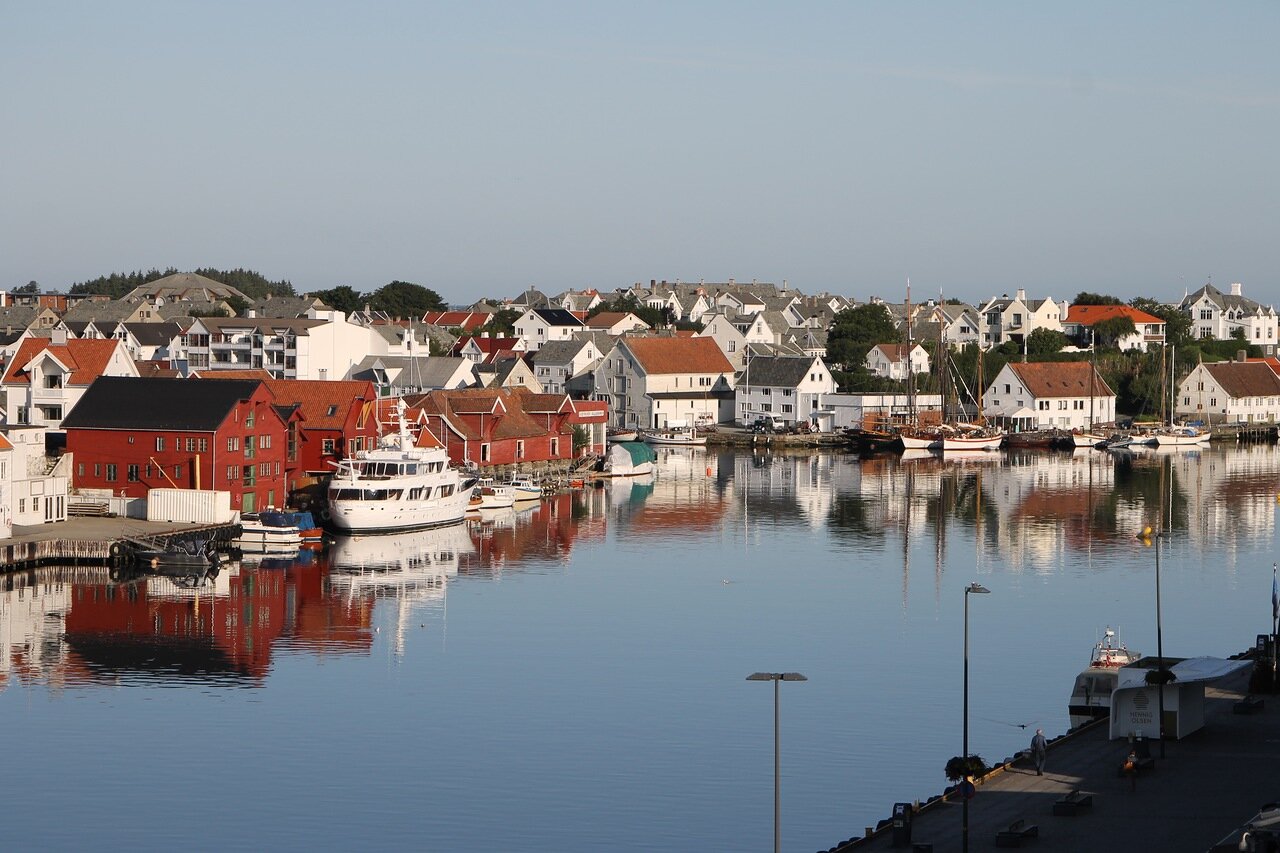 trestle bridge and wonderful views...regret that you were too lazy to climb up here at night.

Far seen the bridge Karmsund (Karmcund bru), leading on to the island of Karma, where the historic area Avaldsnes - the residence of the first king of the Norwegian state Harold First (Prekrasnoye). 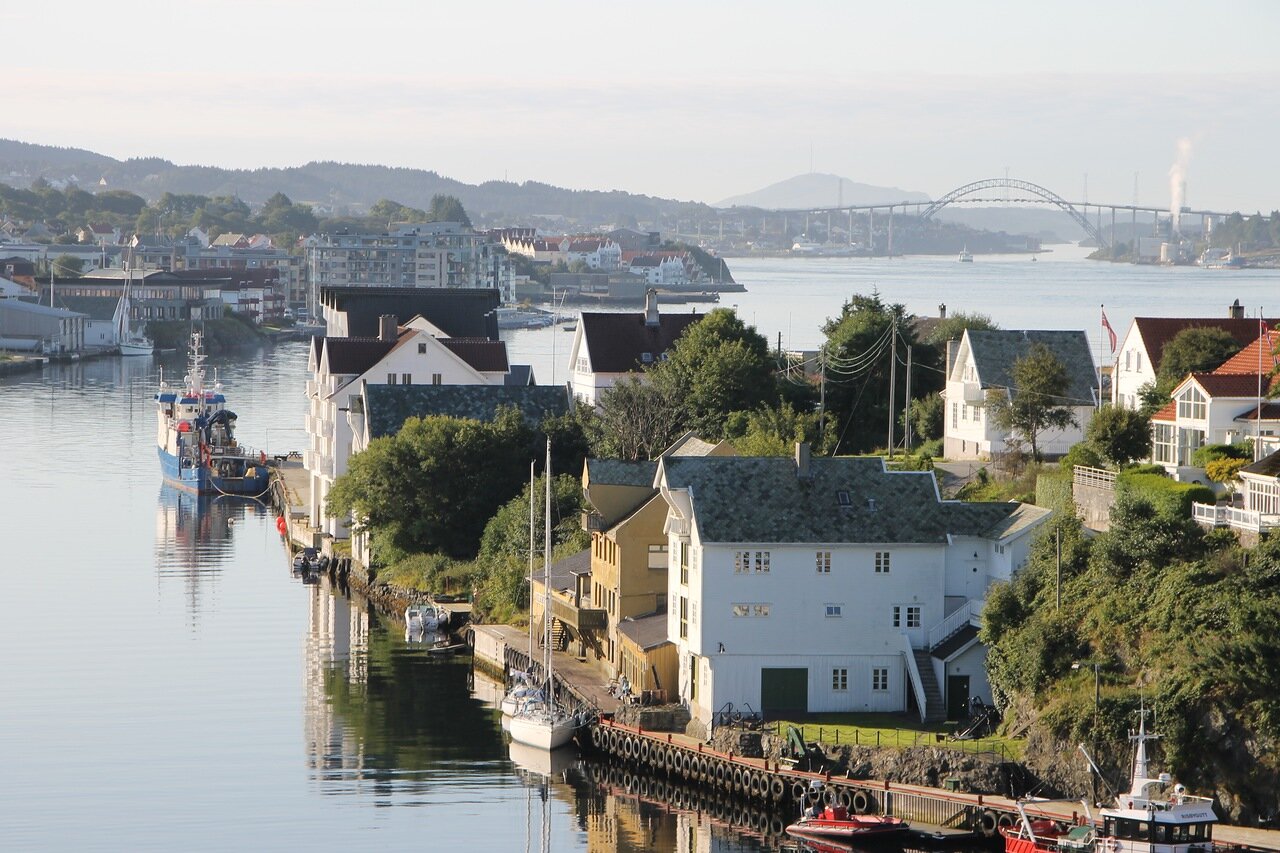 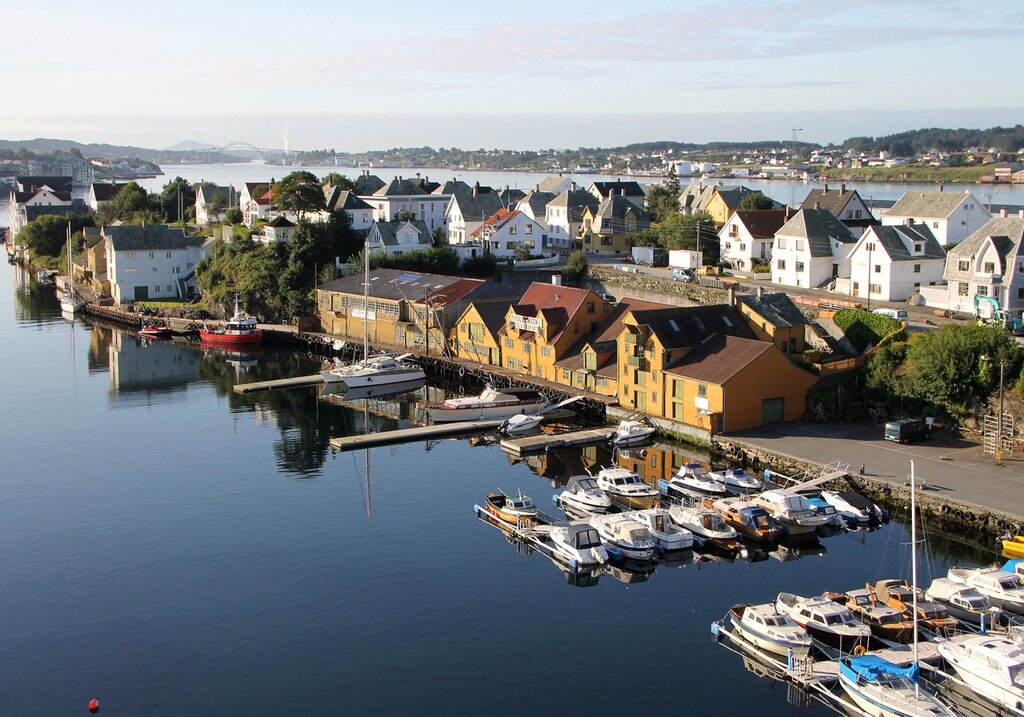 Left - Rica Maritim hotel, near which, on the beach, is monument of Marilyn Monroe.

Northern part of the city out to the open sea, West of Haugesund is closed from the Islands.

Second smallest island, Hassela (Hasseløy), which is the same area of Haugesund, is connected to the city of the same name same bridge Hasseloy bru. 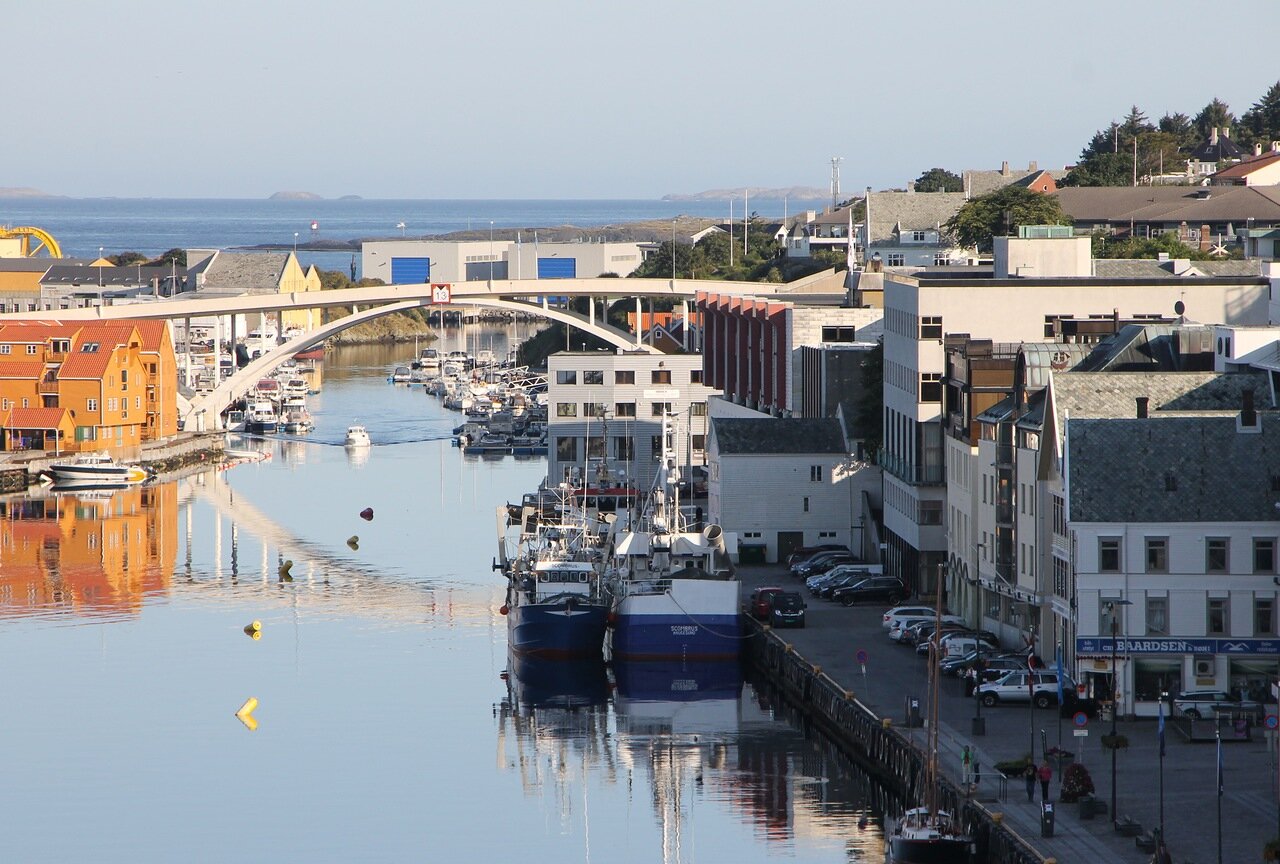 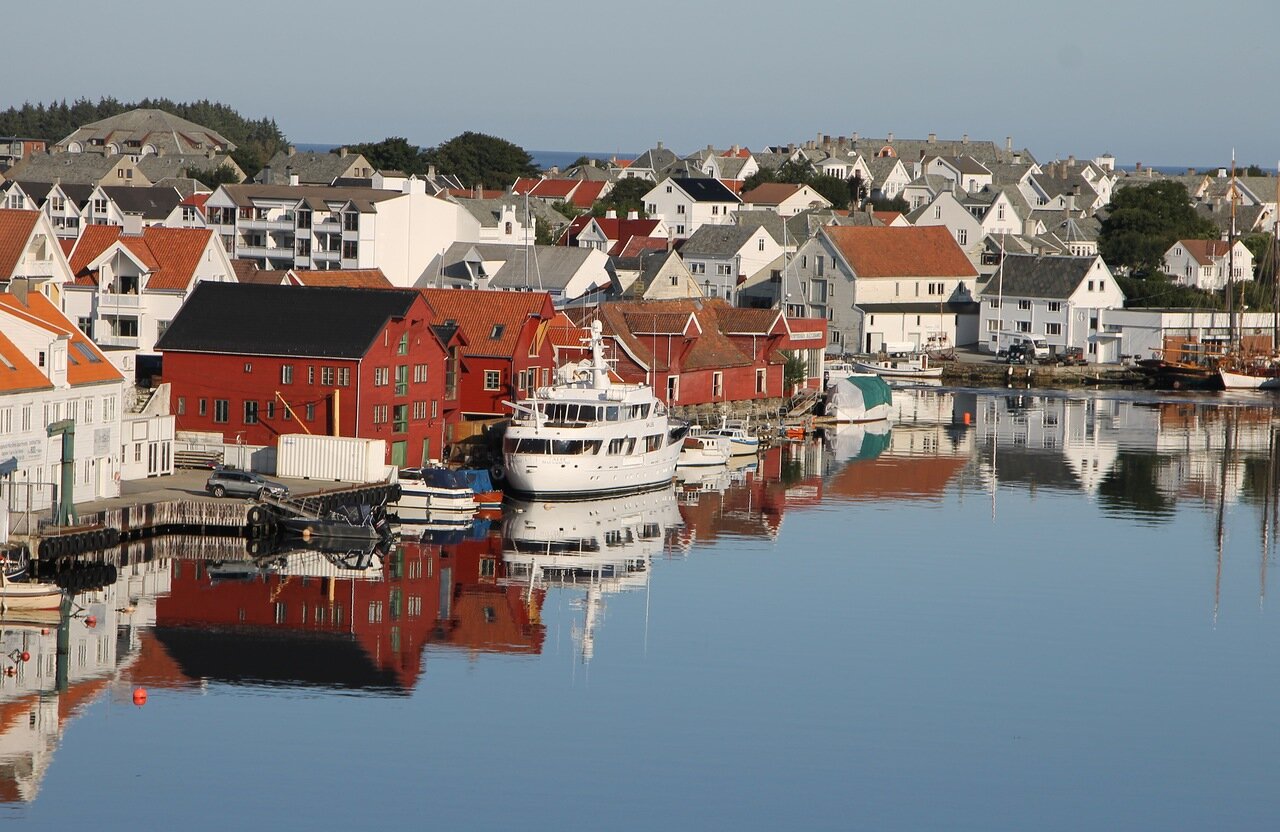 Now look to the East over the center of the city is the 53-meter spire Church. 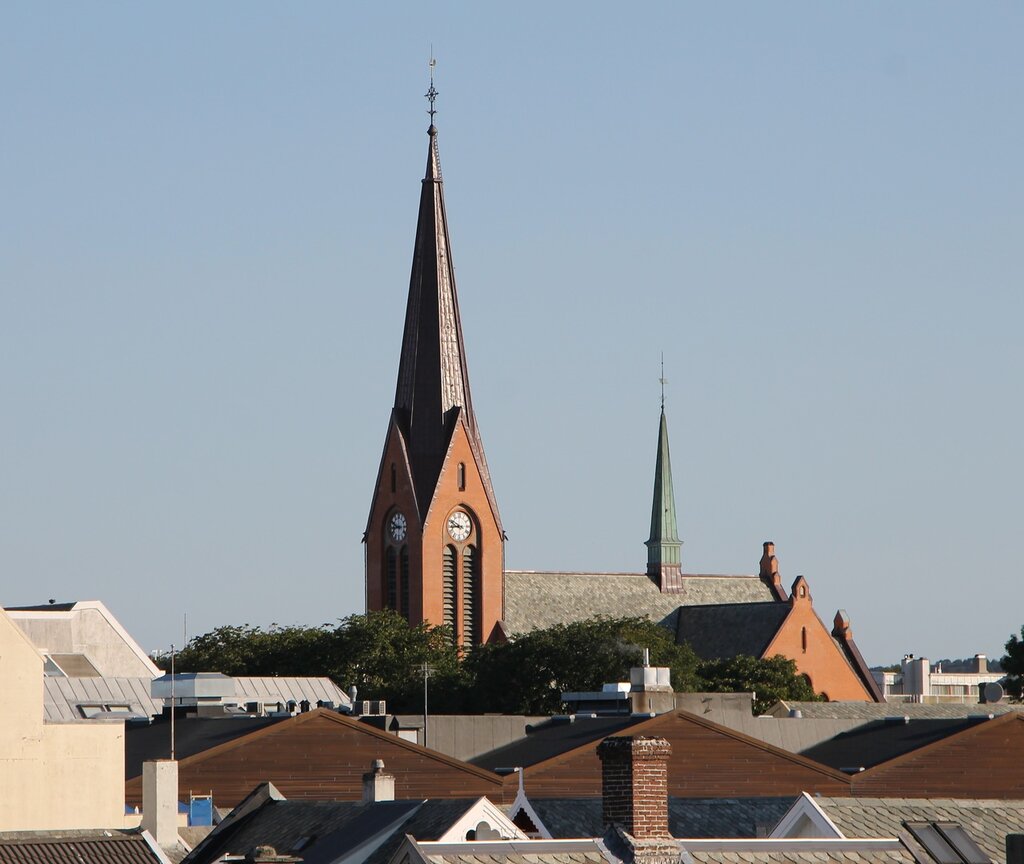 On the dock the morning passengers await the arrival of the catamaran high-speed line from Bergen to Stavanger. 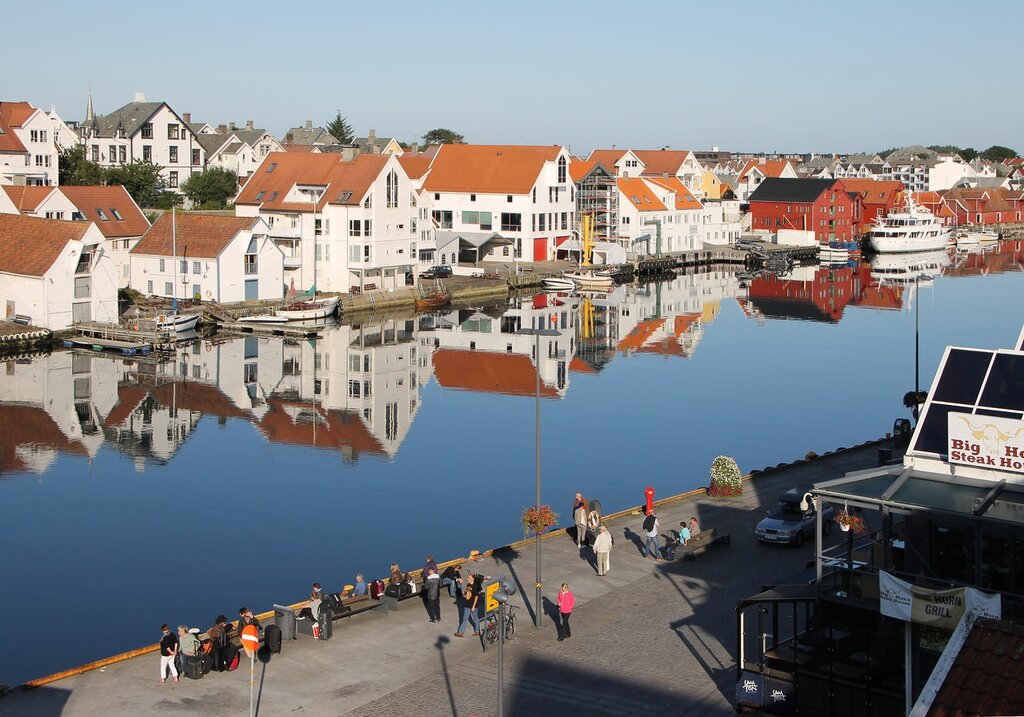