Near Haugesund is historic site Avaldsnes, the birthplace of the Norwegian state. Morning after walking in Haugesund, go to the island of karmøy, (Karmøy) , where we will get acquainted with the history of the Vikings. 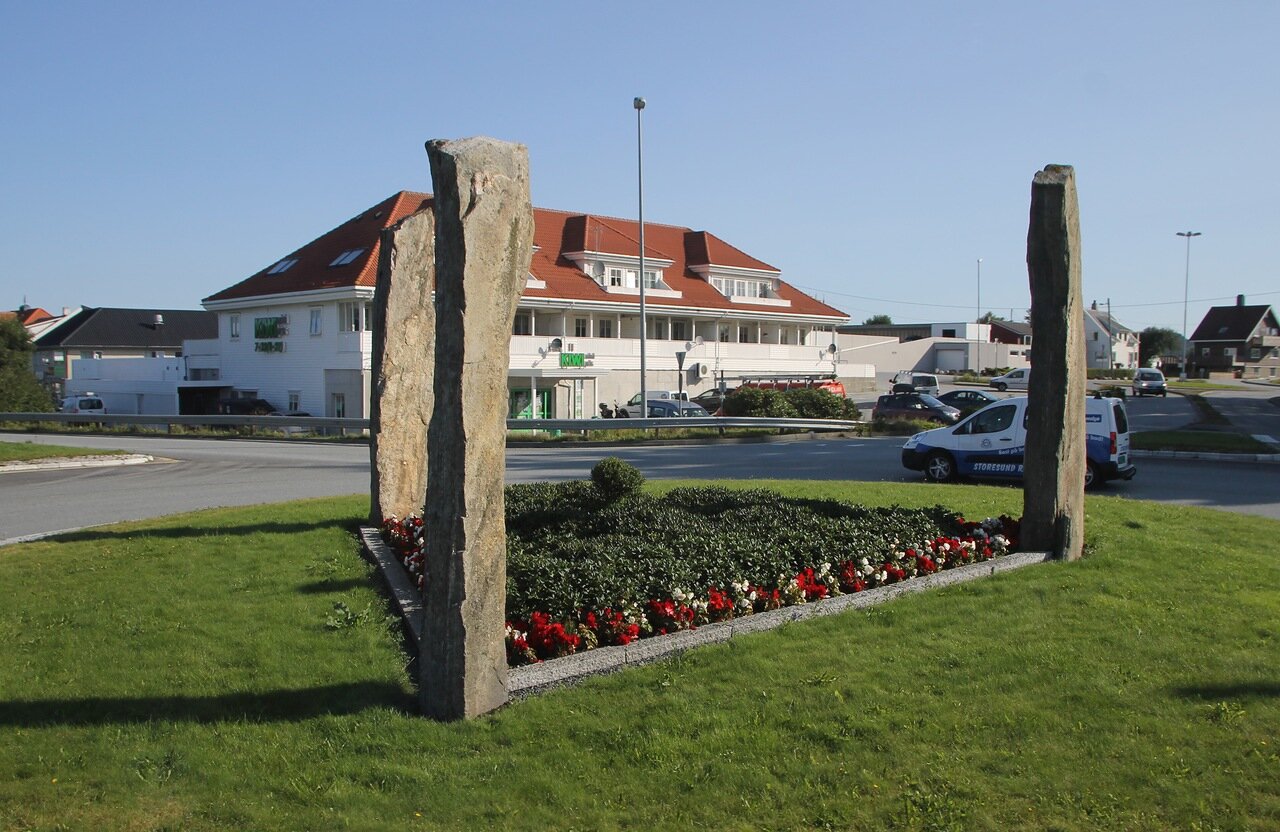 Haugesund is known as a major shipyard, and the tonnage assigned to the port of vessels in fourth place in Norway. 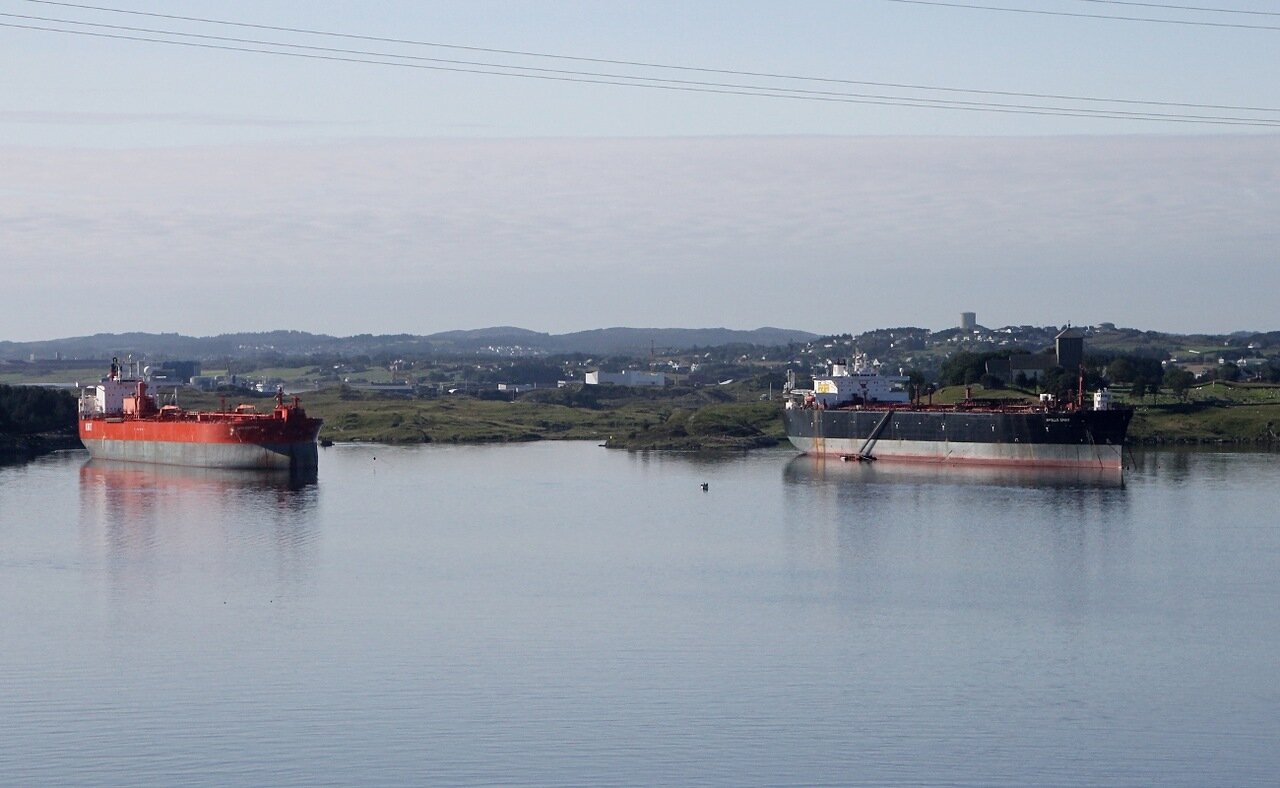 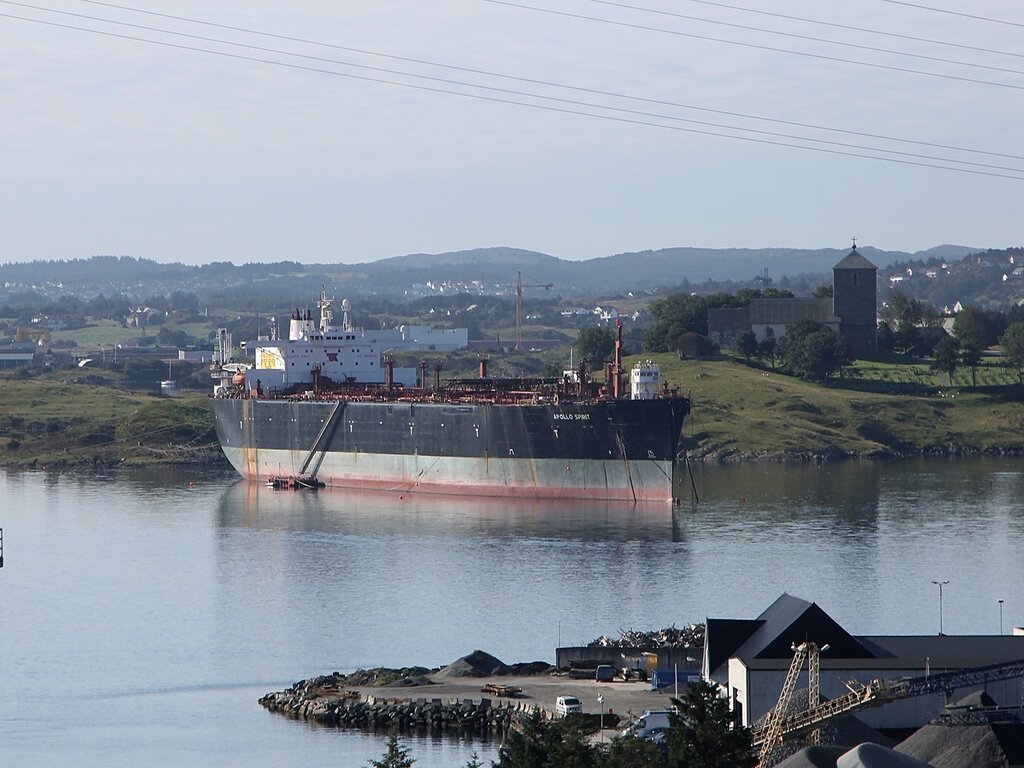 From the car Park to the village the Vikings need to pass about a kilometer on a stunning beautiful area. 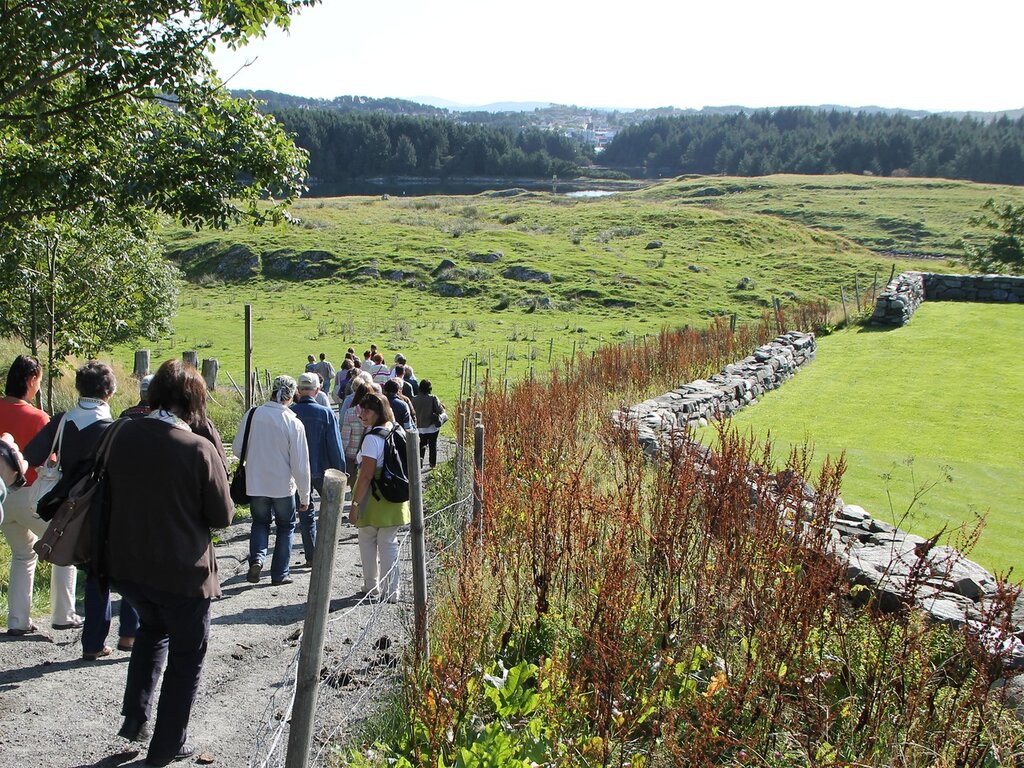 Our eyes appeared a real idyll...a decent place chosen by the king Harold First for their capital. 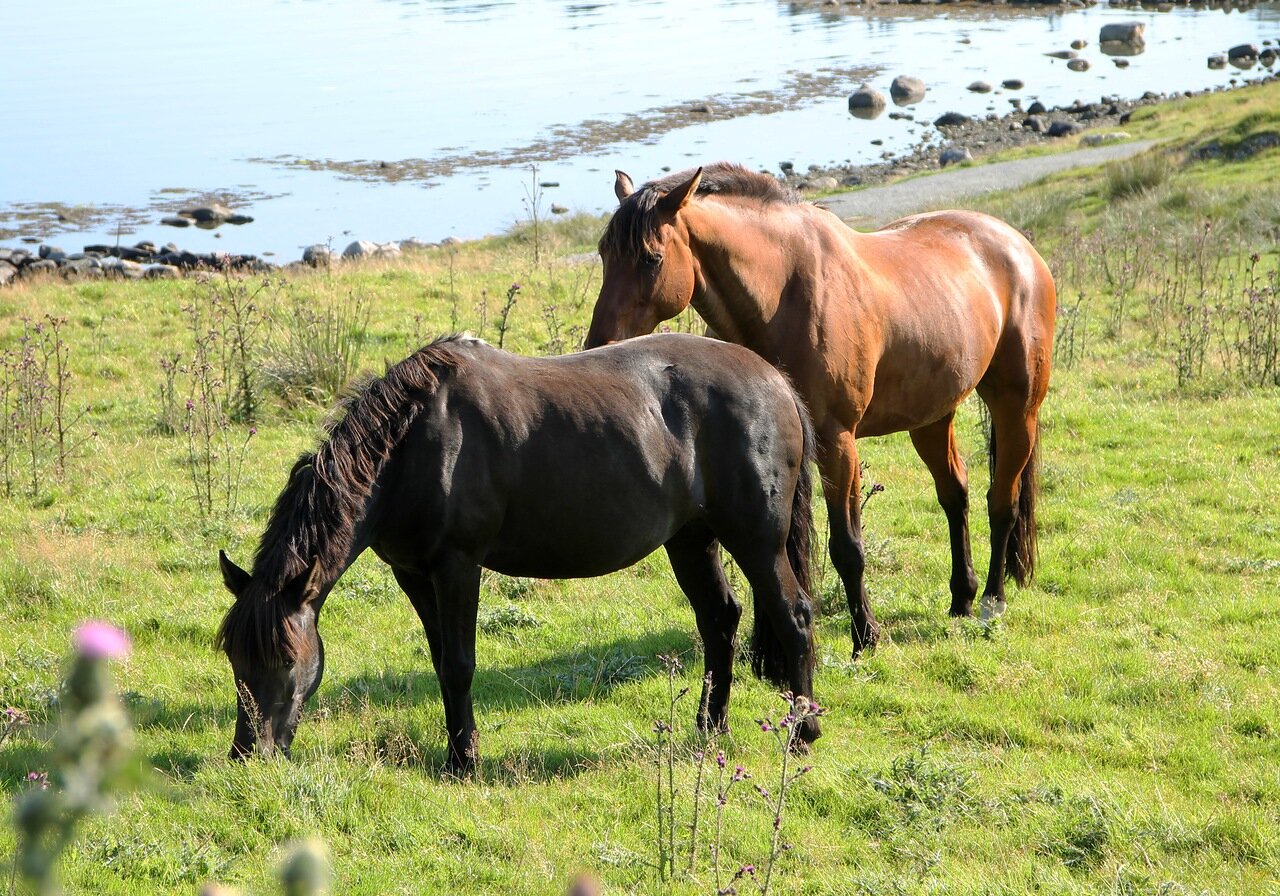 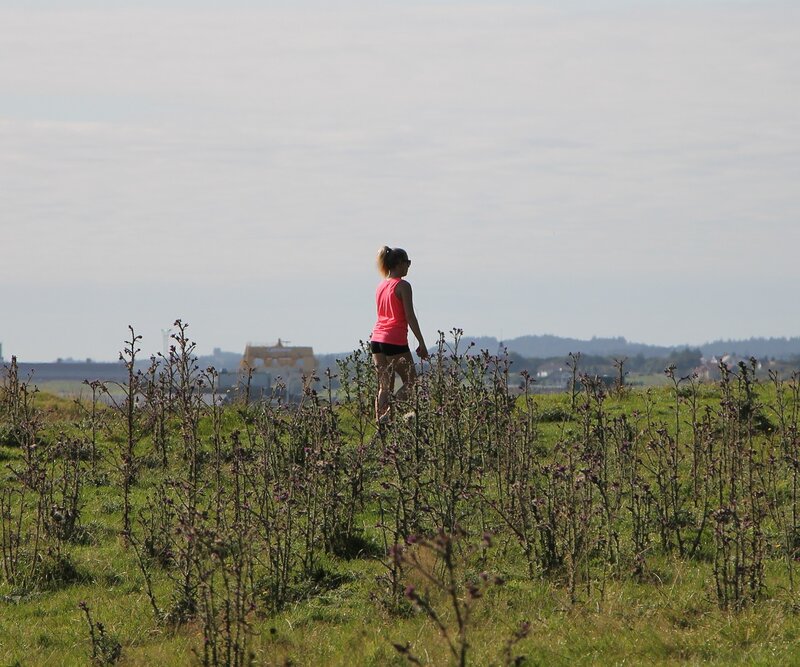 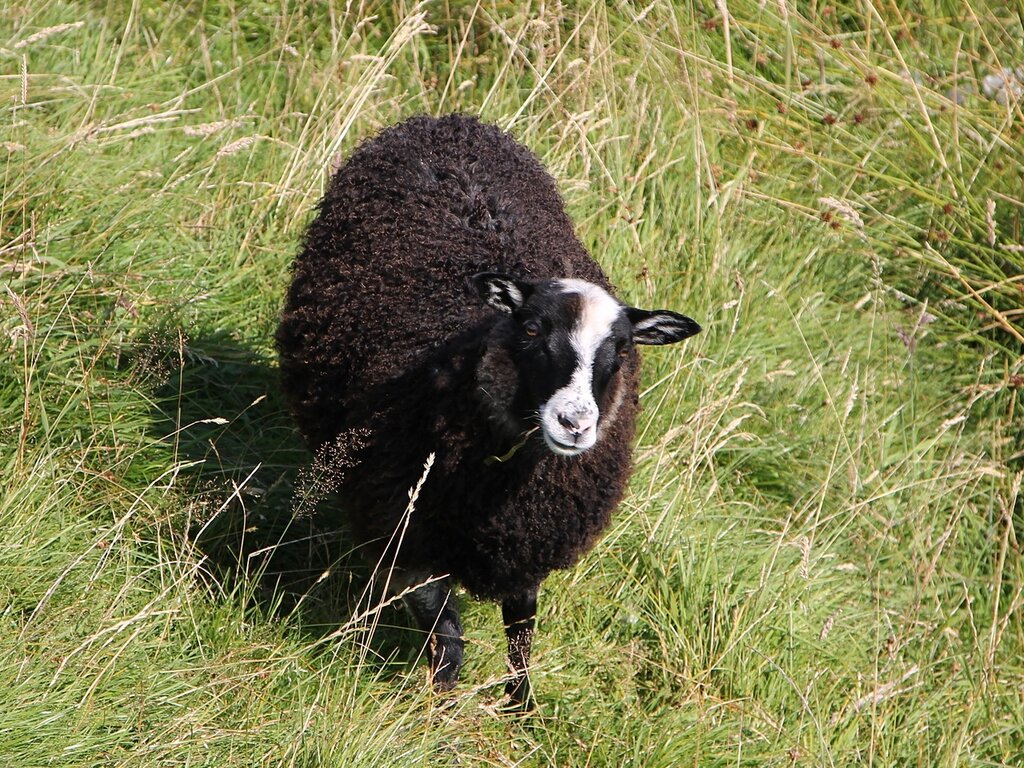 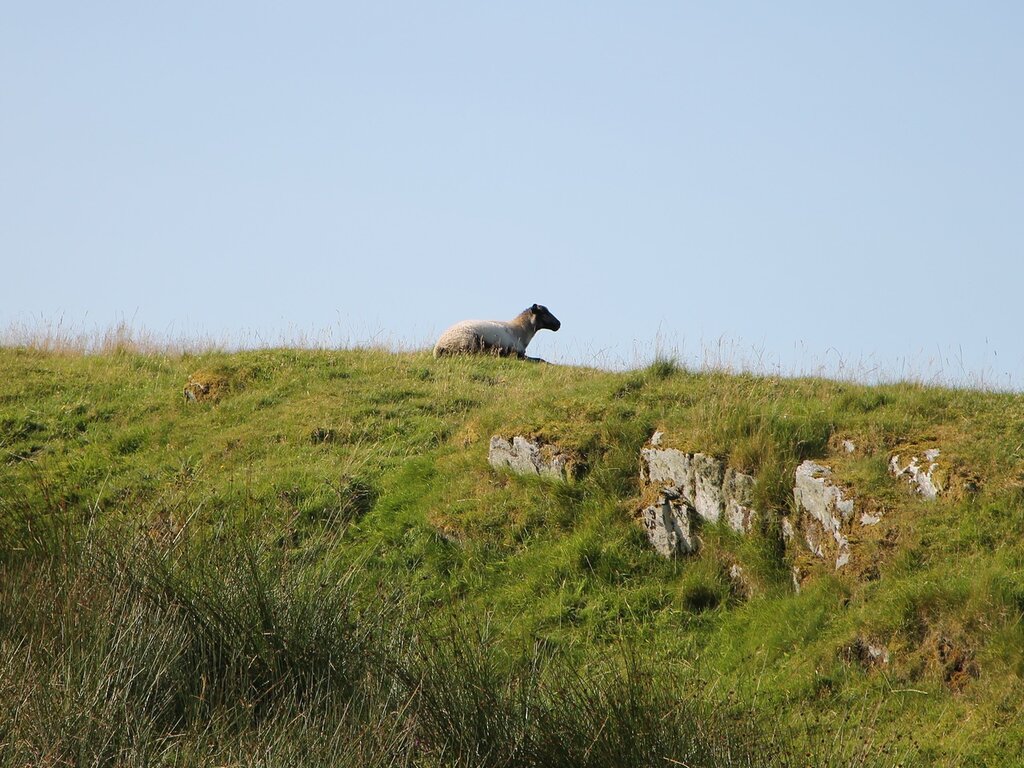 the Bridge, where we stopped Strait Karmsund, Karmsund bru, connects the island of karmøy with the mainland. Until the early 20th century to get to the island was by boat only, and only in 1918 through the Strait began to walk car ferry Salhusfærgen. It was a pontoon, accommodating 1-2 cars, equipped with a kerosene engine,and it is notable that it was the first dedicated car ferry built in Norway. In 1655 across the Strait was built the arch bridge with a total length of 691, and a span of 184 feet. The height of the bridge above the water 46 meters. This is one of the few steel bridges in Norway. The emergence of reliable automobiling communication with the earth caused a strong development of the island, which before were only a few farms. On the banks there are residential townships, factories, and in the West Bank was built airport Haugesund. The bridge reminded me of the creations of the Eiffel tower and the bridges over the Douro in Portuguese Porto. Bridge Karmsund brew as can be clearly seen from Risøybrua bridge in Haugesund. 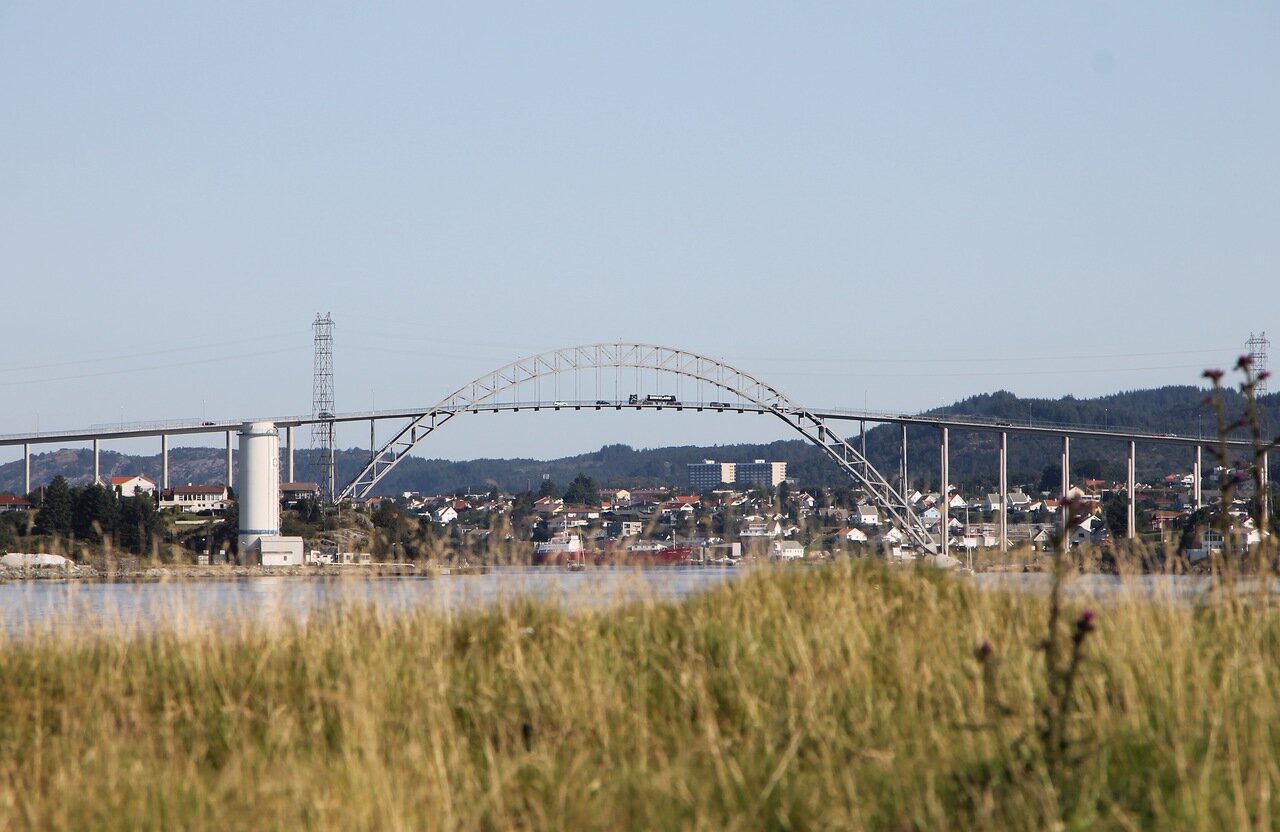 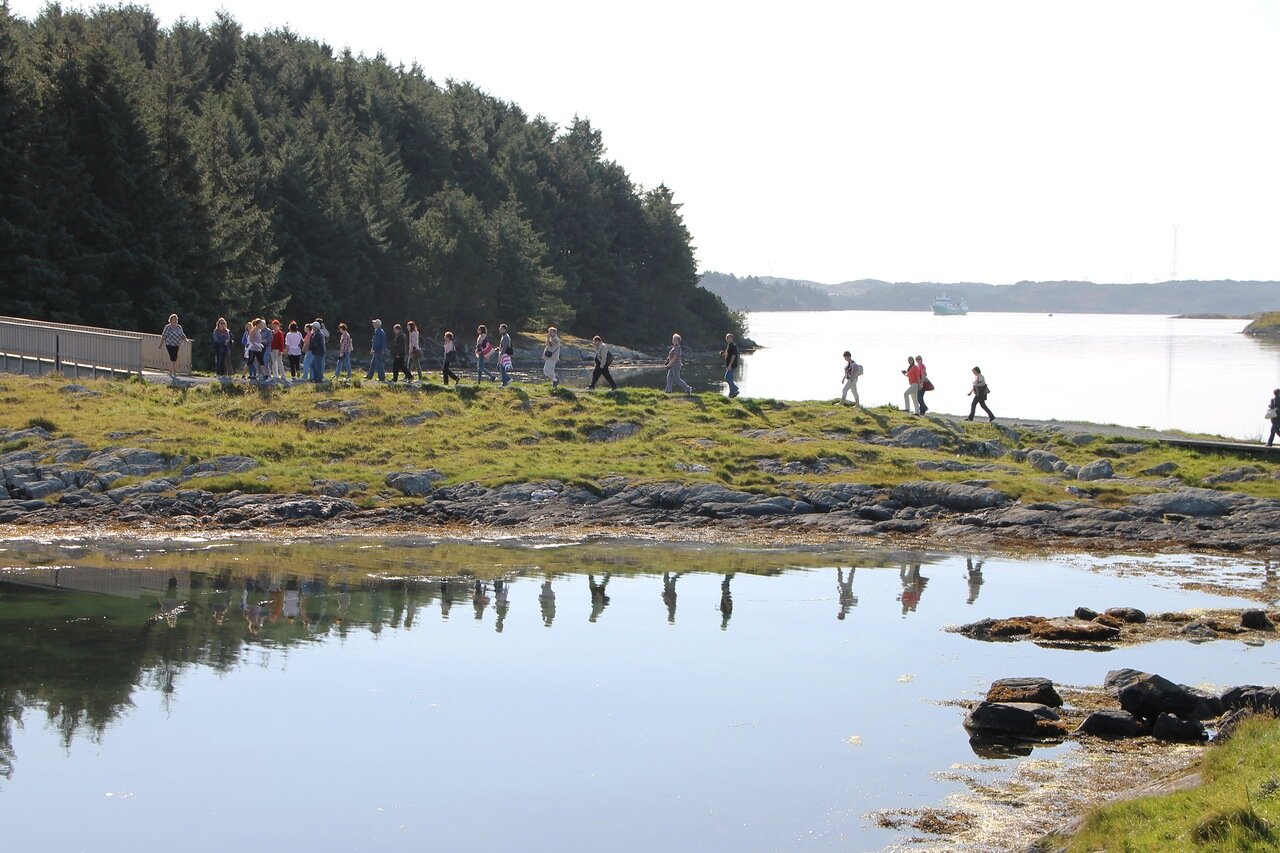 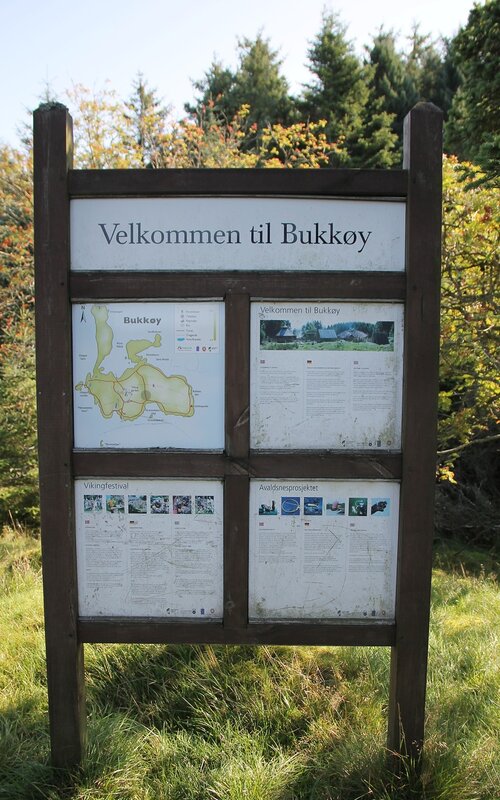 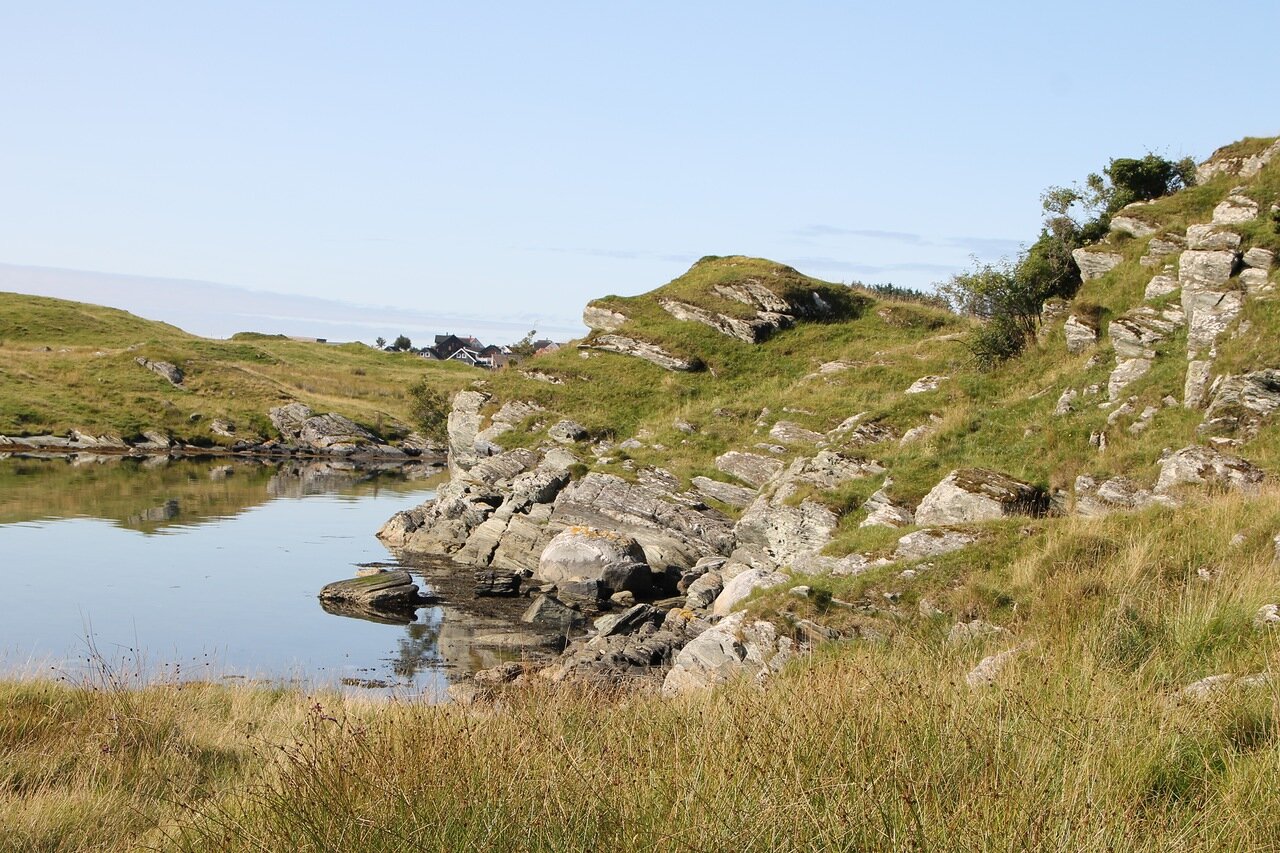 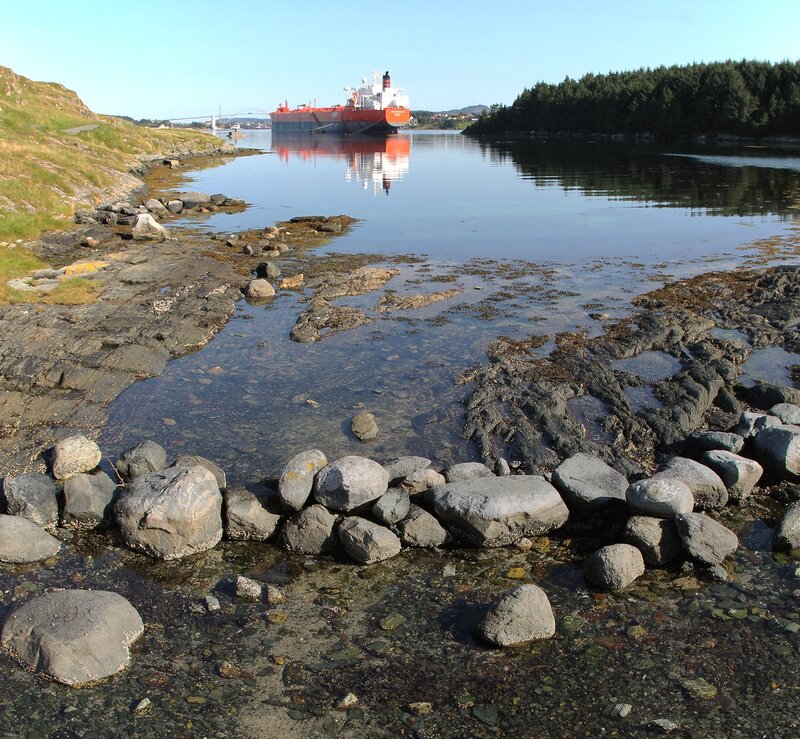 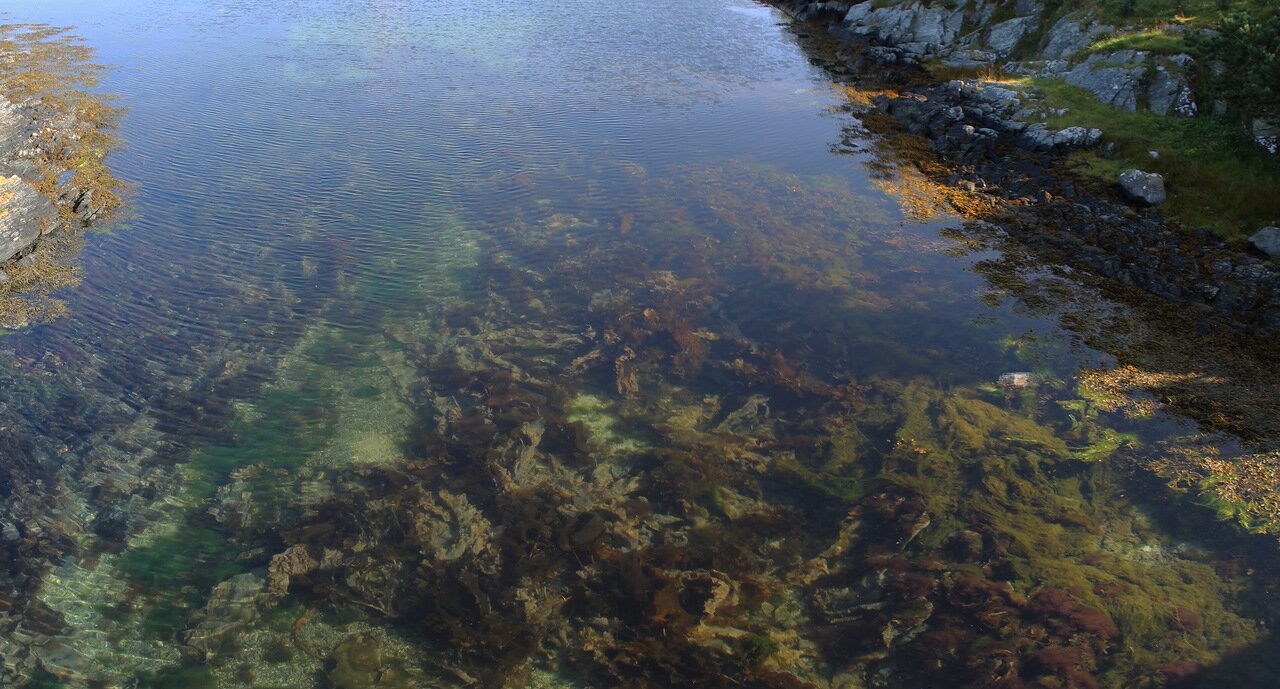 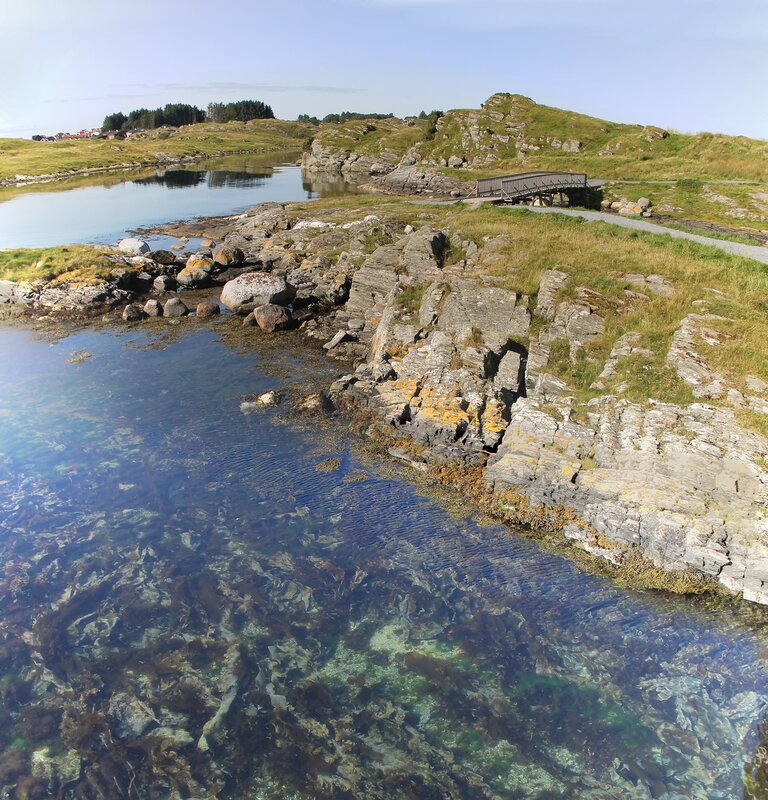 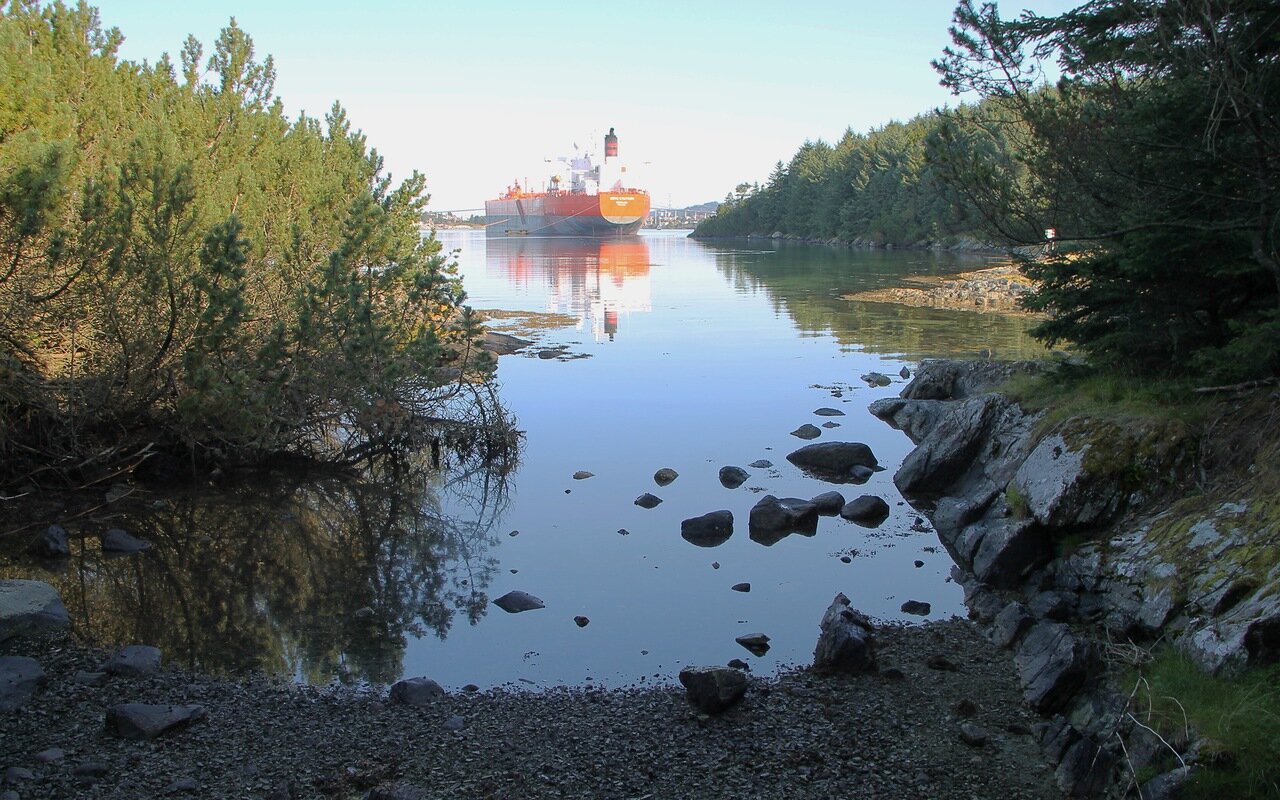 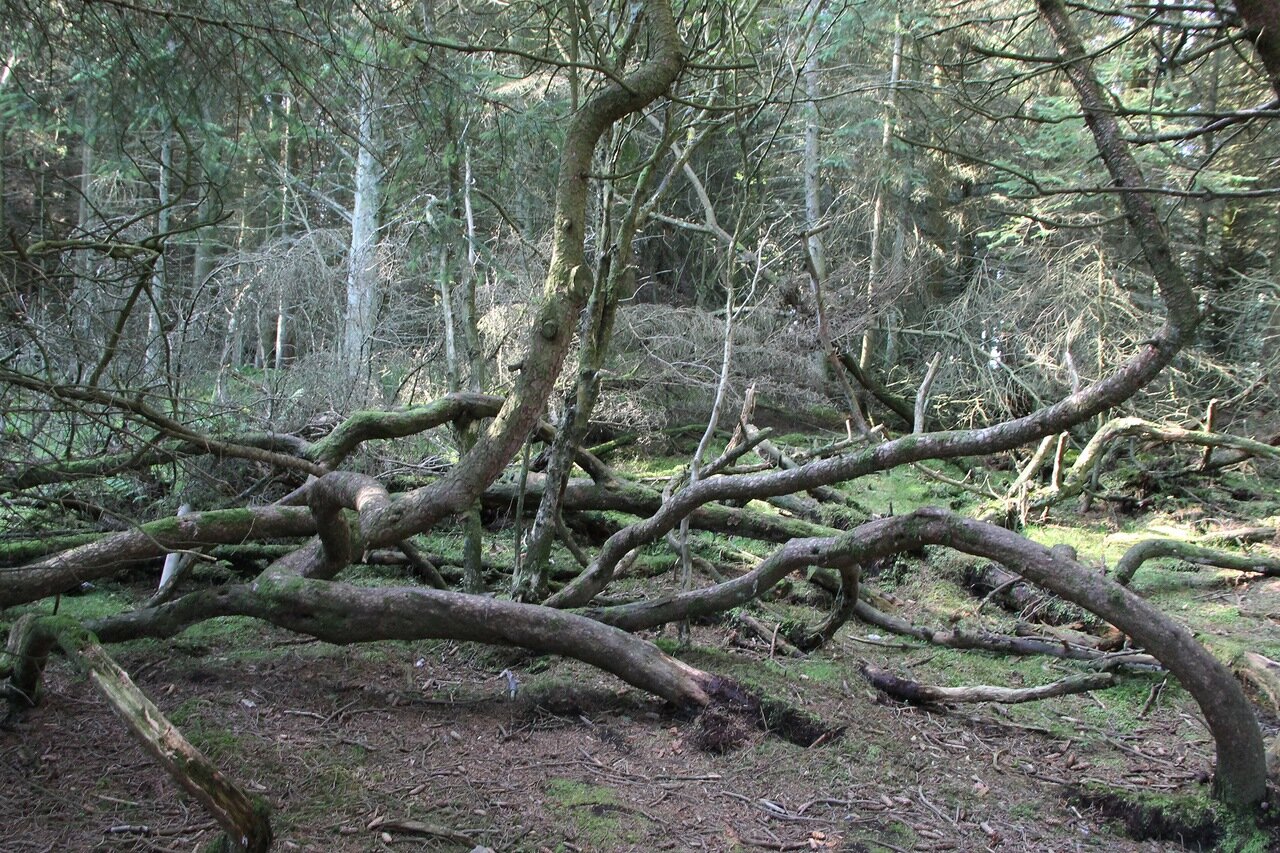 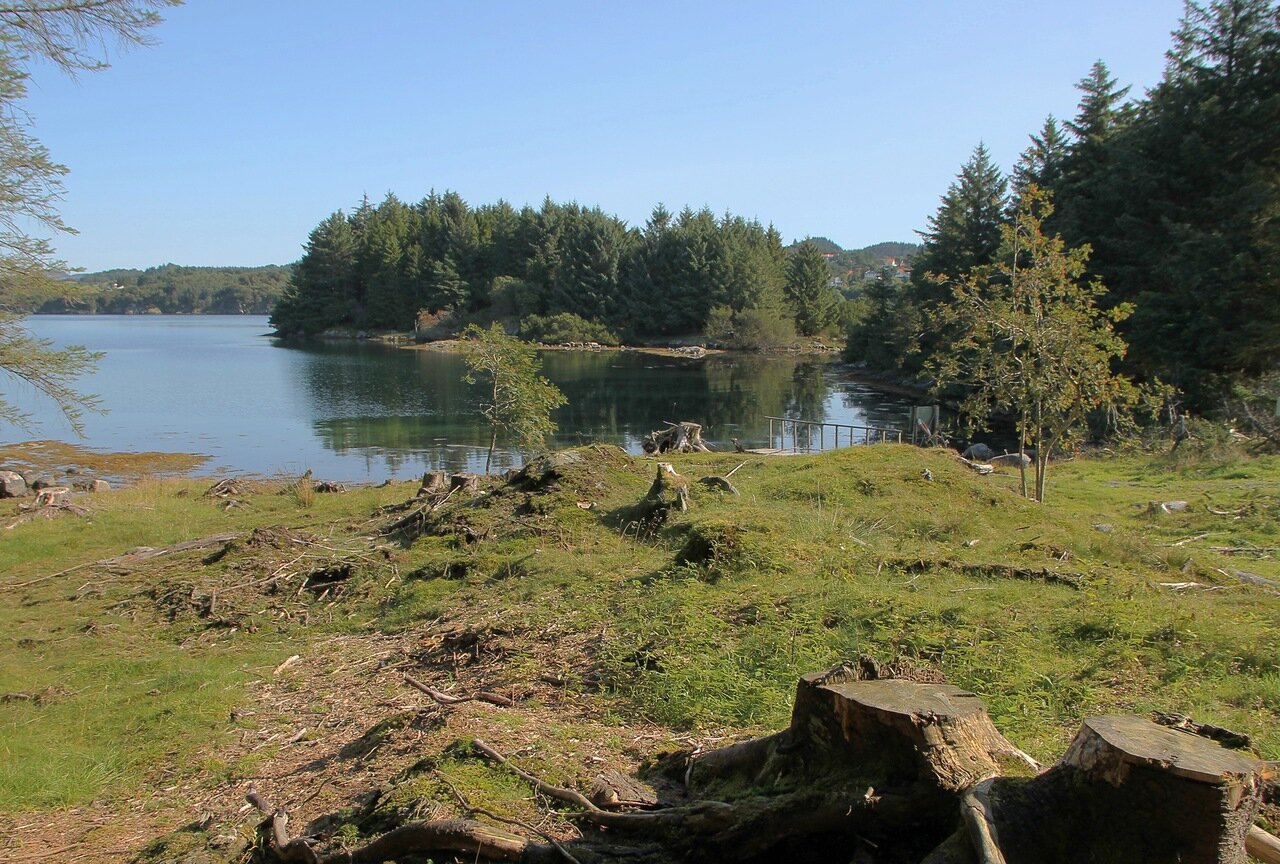