Loftesnes Bridge across the Loftesnessunde Strait (it is difficult even to read, let alone remember!), connecting the connecting Sognefjord with the small Appendix Barsnesfjorden (Barsnesfjorden), built in 1958, replacing the small cable ferry that existed here since 1938. And the name of the bridge was named after the boatman Jan Loftesnes, who for almost 60 years transported people, cargo and livestock from the shore to the shore. His two daughters, Josephine and Sophie, helped their father from an early age by ferrying people on their own in a small boat. When a road was built along the fjord Bank to the ferry crossing in 1938 and the authorities organized a car ferry here, the daughters of old Loftesnes began to work on it. The ferry could accommodate three passenger cars or one cargo car. In 1941, the ferry sank while being transported to the shipyard for repairs, and the sisters again began to transport people by boat. In 1944, the ferry was restored. Plans for the construction of the bridge were hatched as early as 1877, but the lack of financing delayed construction for almost a century. We returned to the question in 1954, when the road became of national importance. The bridge was built under a state loan program, under which the municipality of Sogndal had to arrange a toll on the bridge, which would go to repay the loan. The bridge was officially opened in 1958. The town's brass orchestra was the first to pass through it, and then returned on an old ferry that had completed its last trip. During its operation, the Lotfones family transported 32 thousand cars and 126 thousand passengers across the Strait, and the bridge and Strait were named in their honor, becoming a monument to a hard-working dynasty. 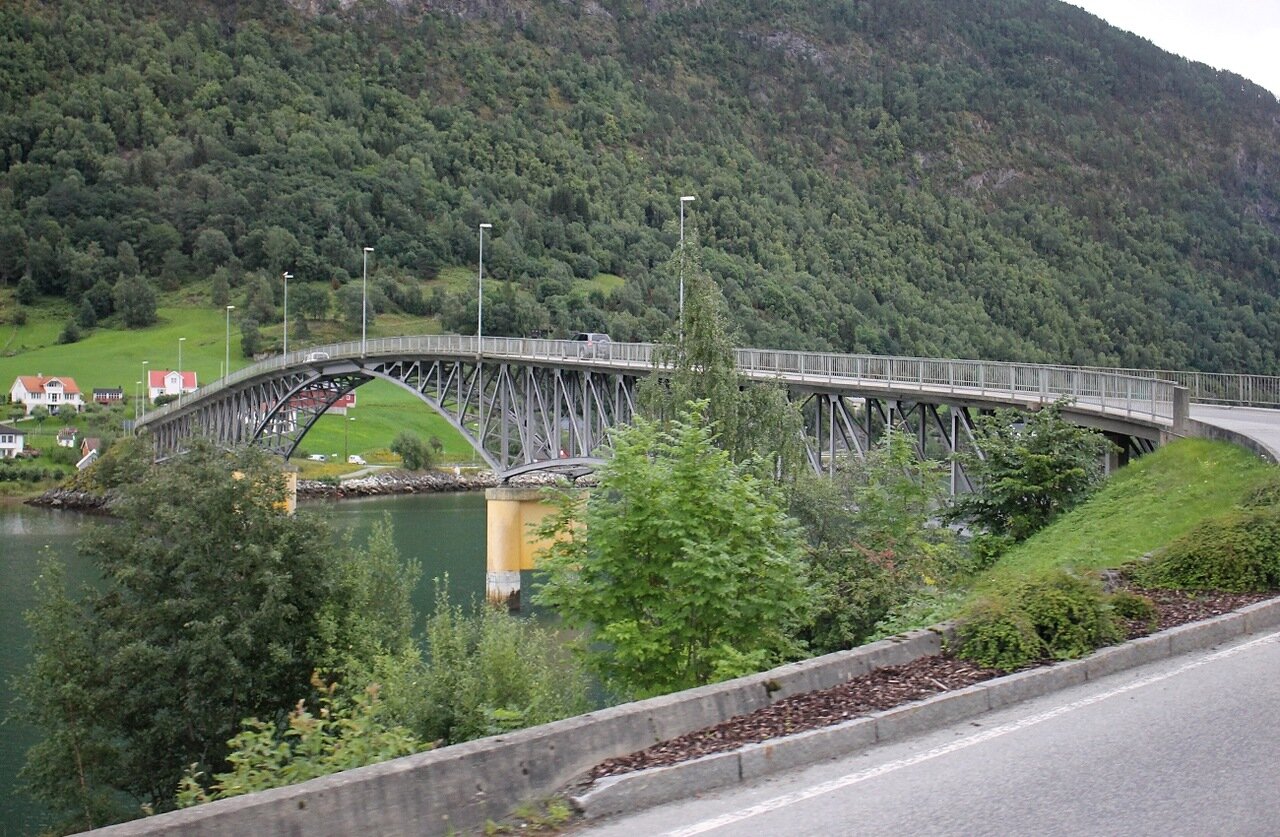 We pass the already familiar Sogndal 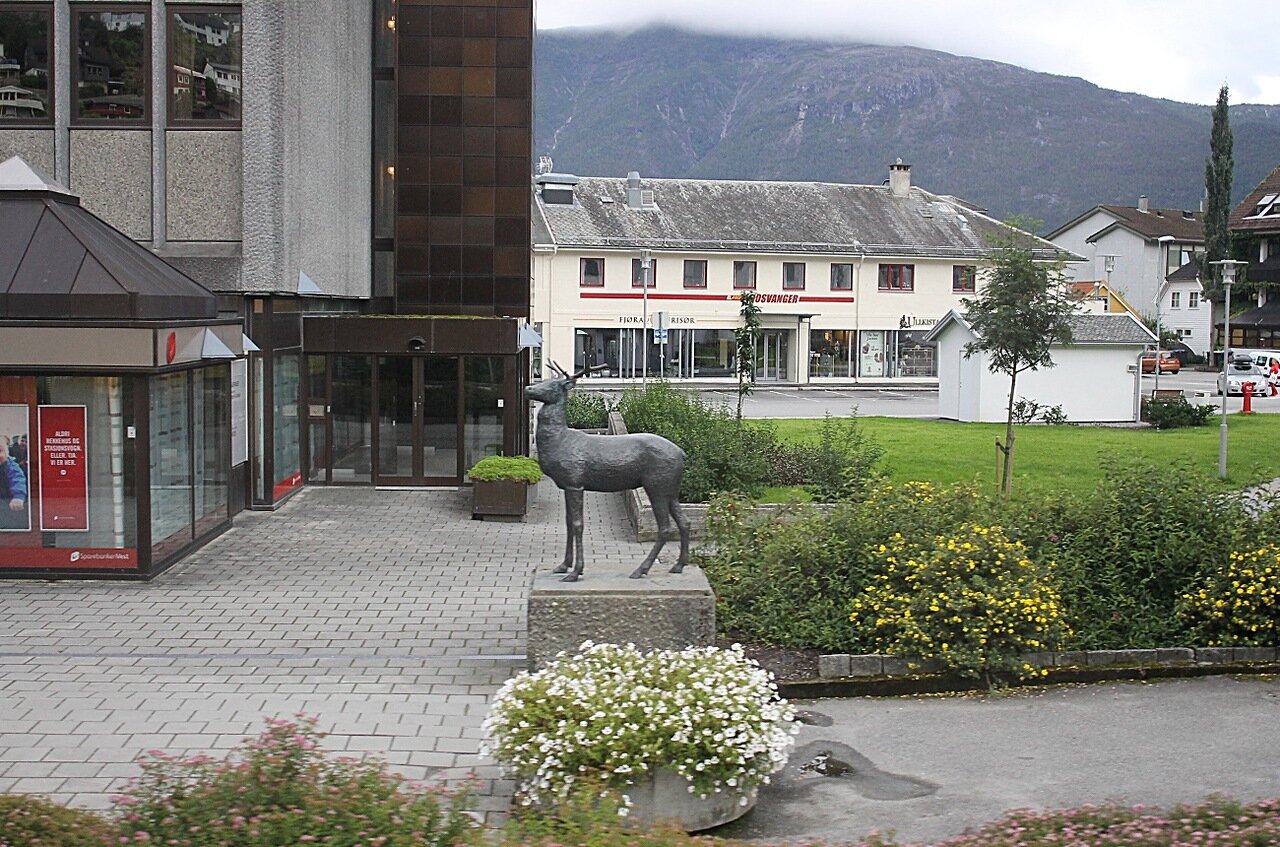 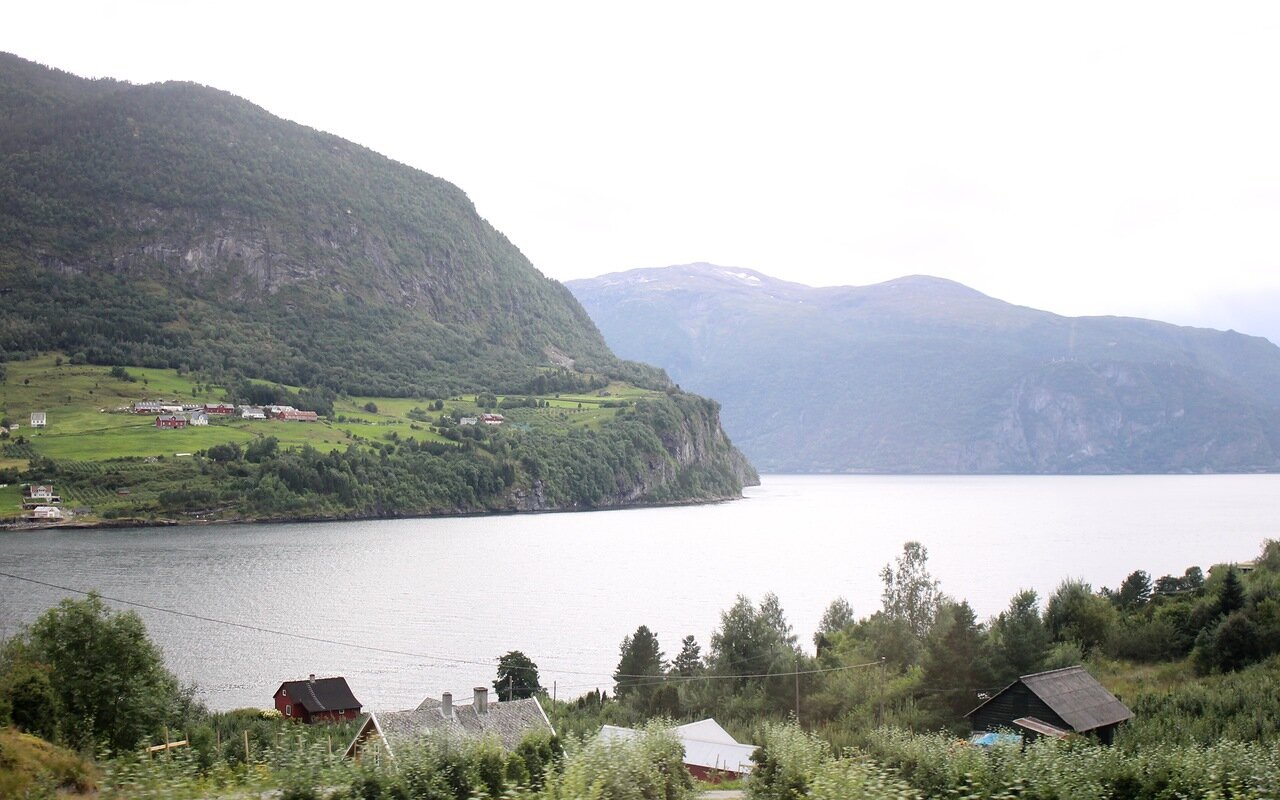 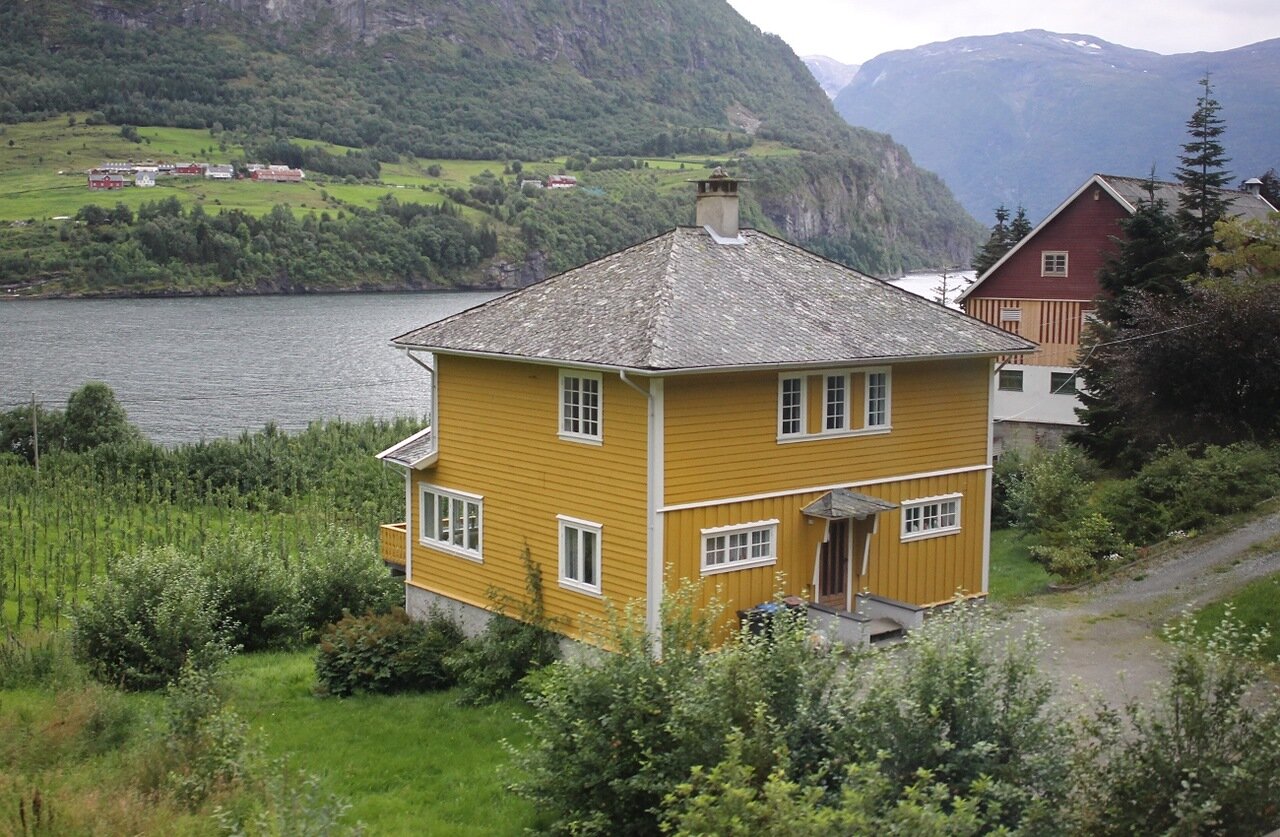