It was late in the evening when we stopped near a tiny villageAppointrnent (Oppheimstunet) on the lake shoreWill appaswamy (shot early morning). 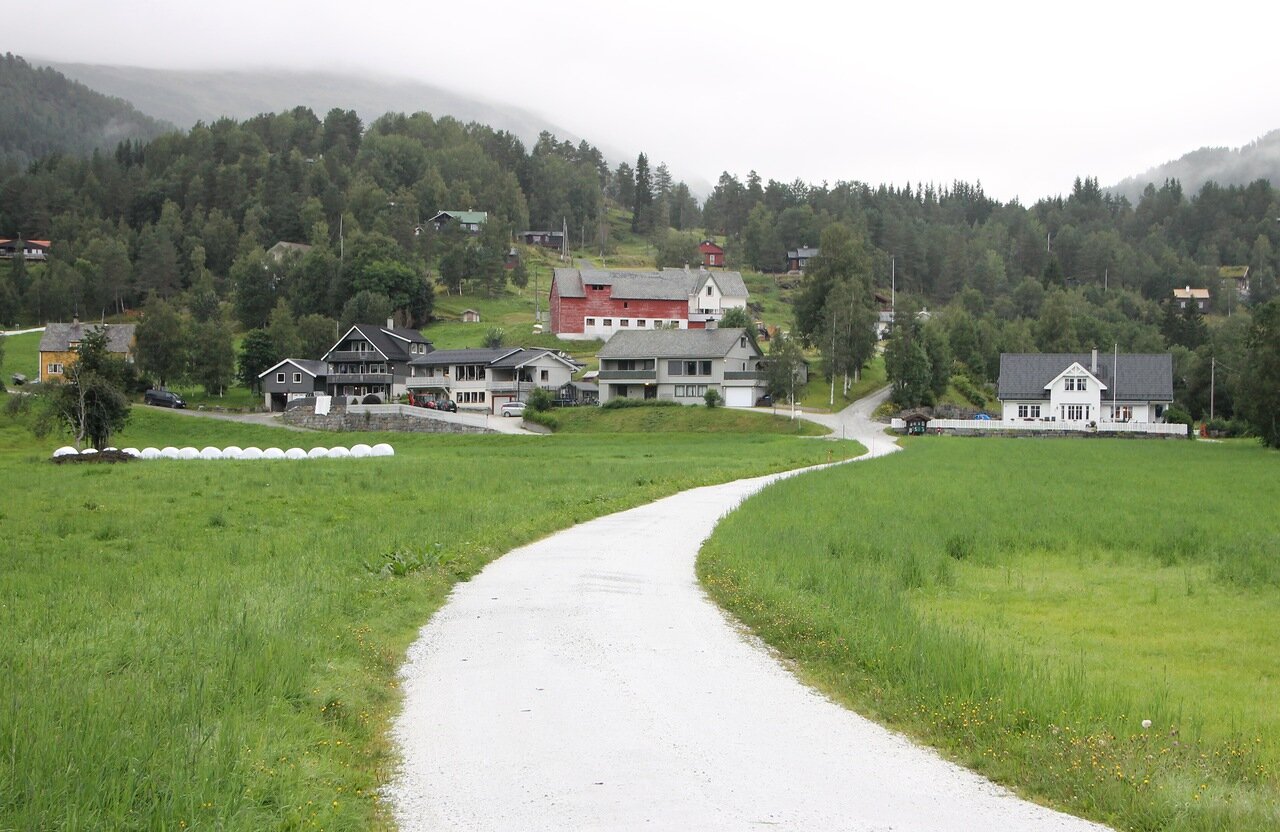 This evening we were waiting for the small hotel Vossenstelen. 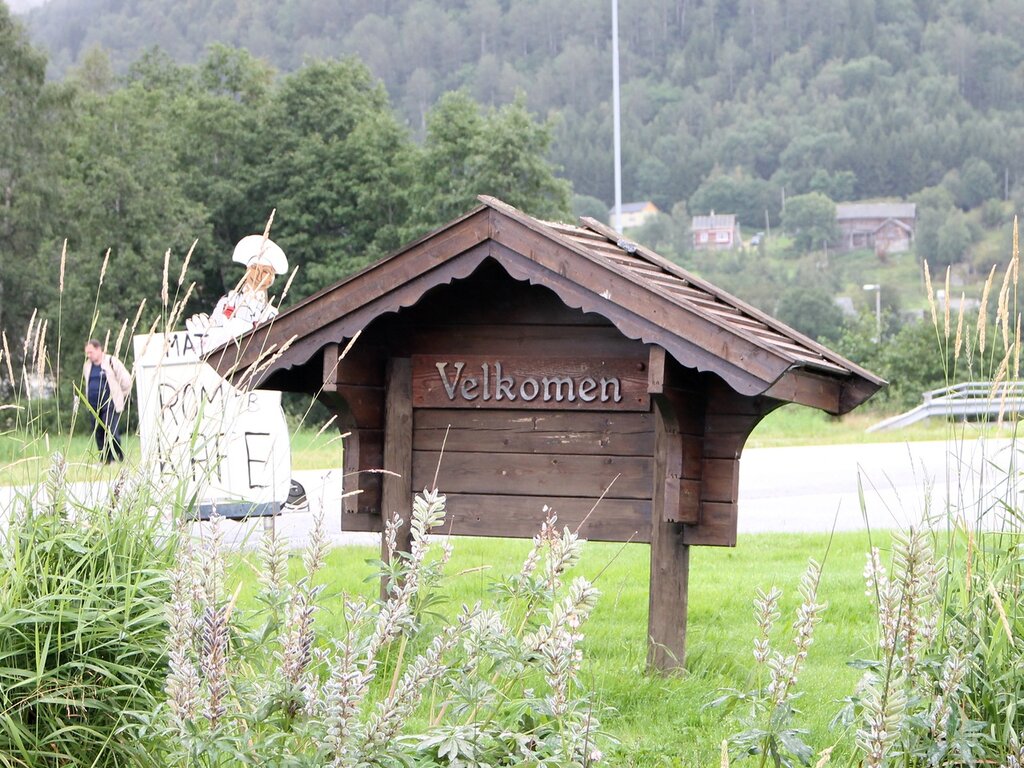 In a cozy restaurant located right by the water, we were met only by the owner, who quickly managed everything - handed out the keys to the rooms and fed us dinner. There wasn't much choice: cheese and sausage cuts, boiled eggs, tomates-cucumbers and "Viking soup" - the strongest meat broth with cereals and leaves of some vegetation. Meat in the broth, of course, was also present. I am not a foodie at all, I will not evaluate the taste qualities, but I think it was exactly what you need after walking along the banks of the fjord and the Nygaardsbreen glacier In any case, my strength was restored, so that I was even able to take a short walk in the dark.

There are a lot of original things in the lobby of the hotel. 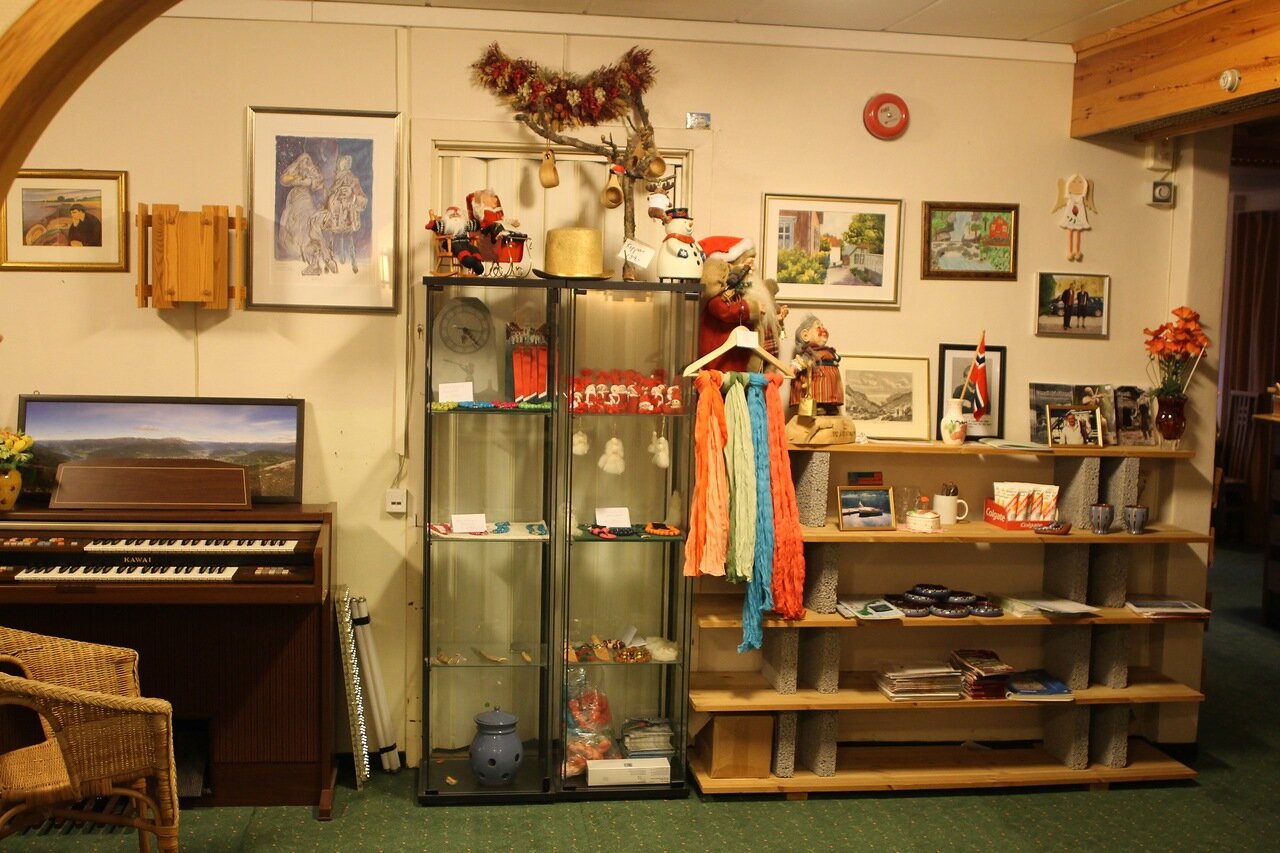 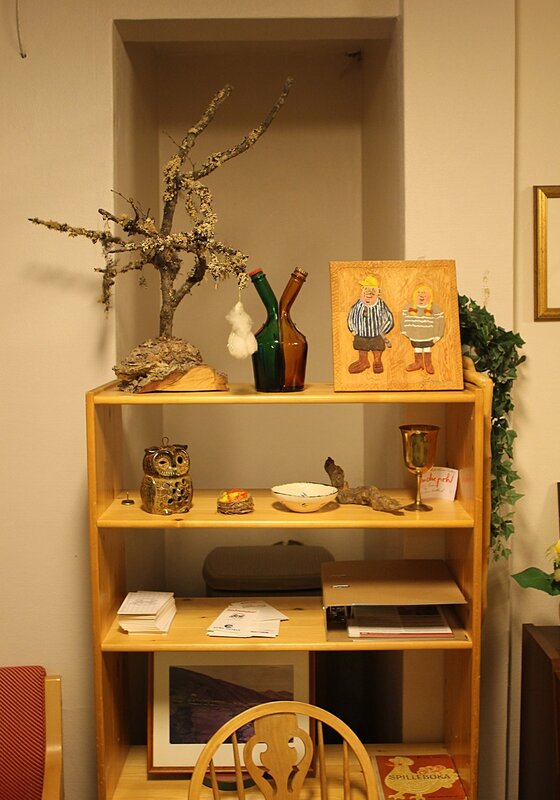 And in the corridor I found this sign. These places are known for ski resorts, recently the international freestyle skiing championship was held here, and the Russian national team lived in this hospitable institution. 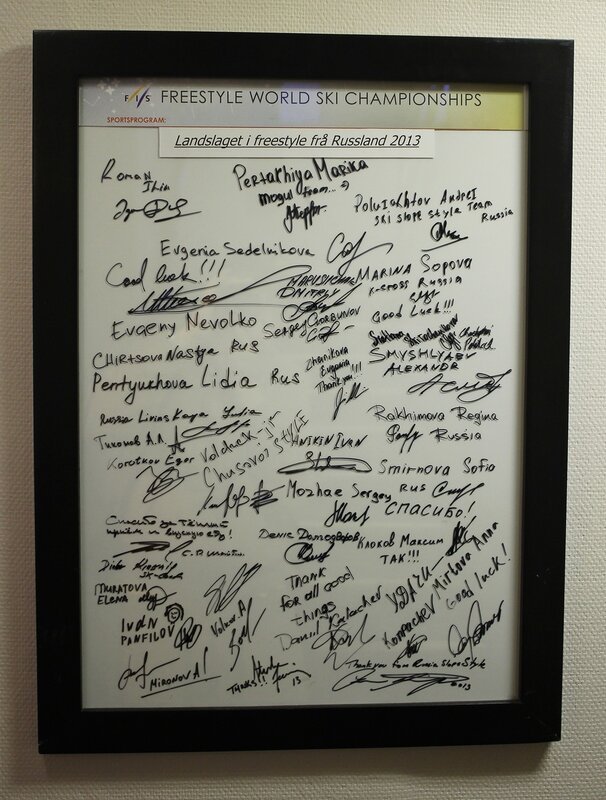 Next to the hotel is a neat lawn facing the lake.

"Deer". One of the traditional Norwegian pastimes is to compete in lasso throwing. I tried it, it seems to be just everything, but still it didn't work out. 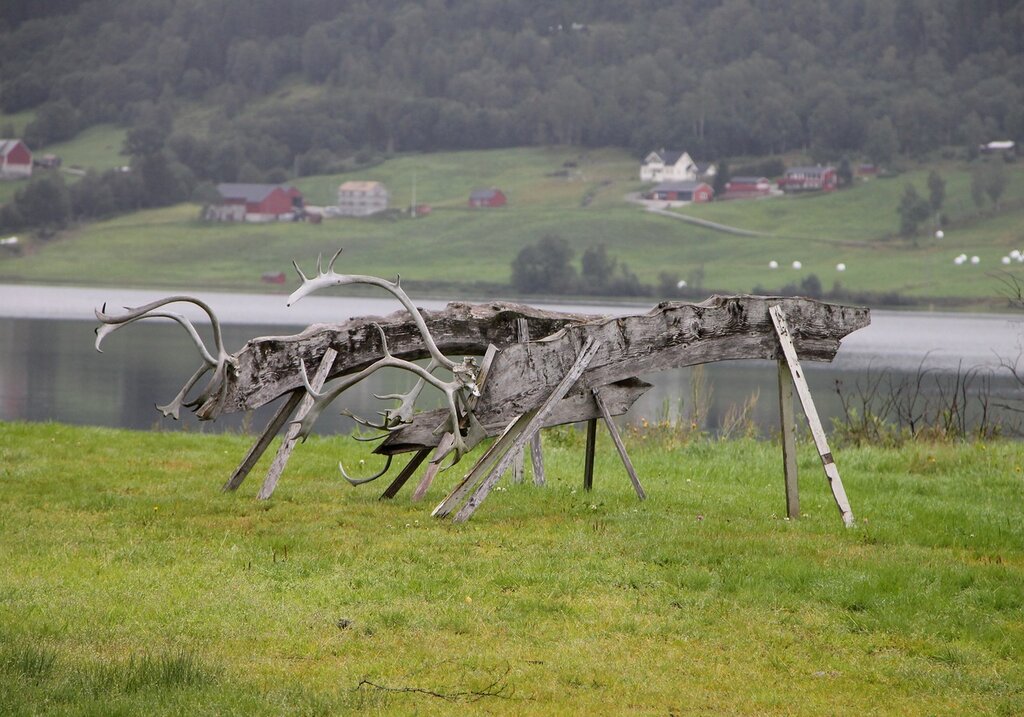