Now inside the citadel can be reached by climbing the path that runs along the West side of the castle. The entrance to the fortress protected by a small fortification with loopholes, built in 1770. Beyond the arch the path becomes steeper, there in the middle, cobblestones laid by the ledge, the ice sliding around the hooves of the horses.

At first arch is Bastion Raumarike, built in 1611-1613, paved with granite slabs 1640-1641. The battery of artillery, guarded the entrance to the Bay of Pipervika. 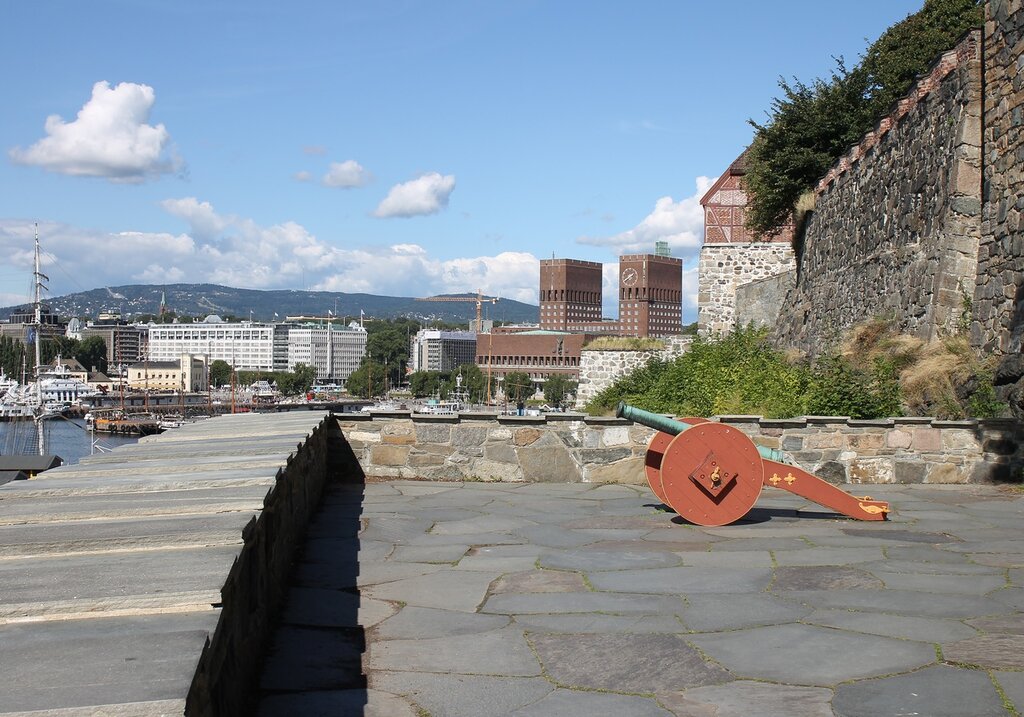 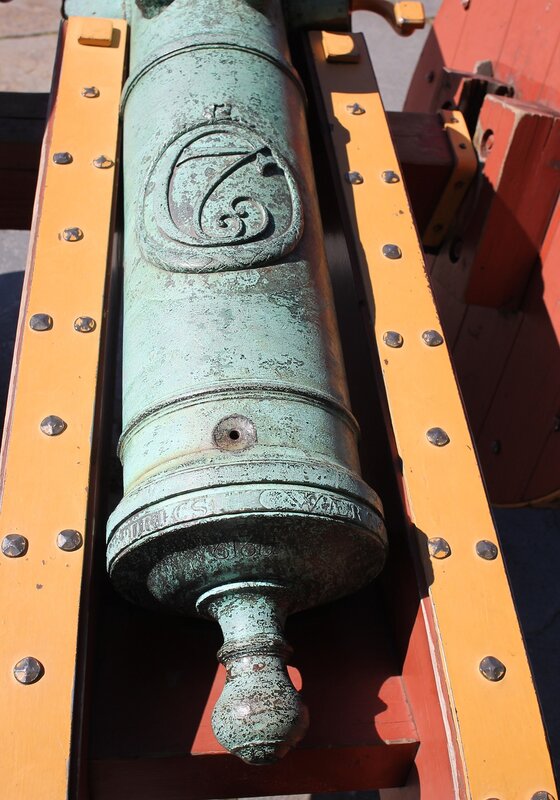 the Tops of the walls protected from moisture black glazed tiles. 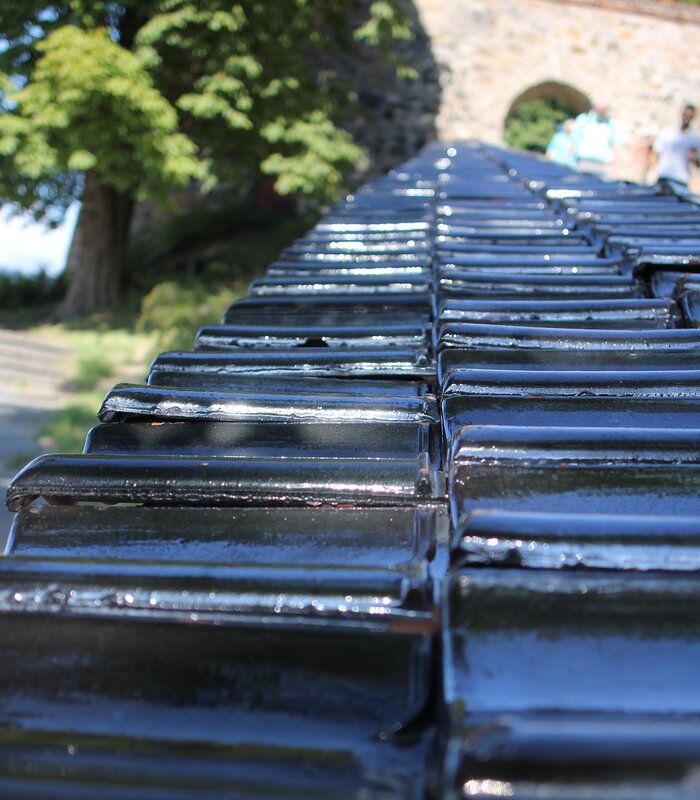 Next gate Knutstårnet, are on the territory of the server-side rings of fortifications. Around 1300 there was built flanking the tower, called Kannik. At one time the tower was used as a prison, then there was the powder magazine. The name "Knut", the tower received on behalf of the knight Knut Alison, after the defeat of the rebellion of the Norwegian nobility in 1502 prisoner in the tower and spent 12 years in it. Now from the tower were only part of the walls. 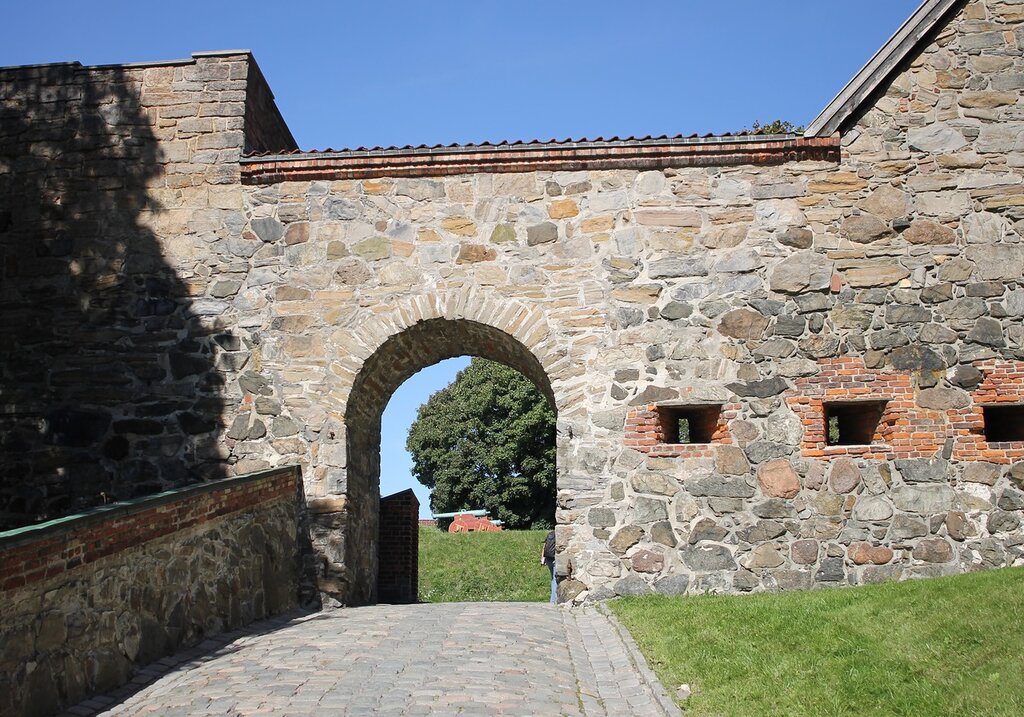 the Guardroom is a building in Baroque style built in 1754 as a guard house. 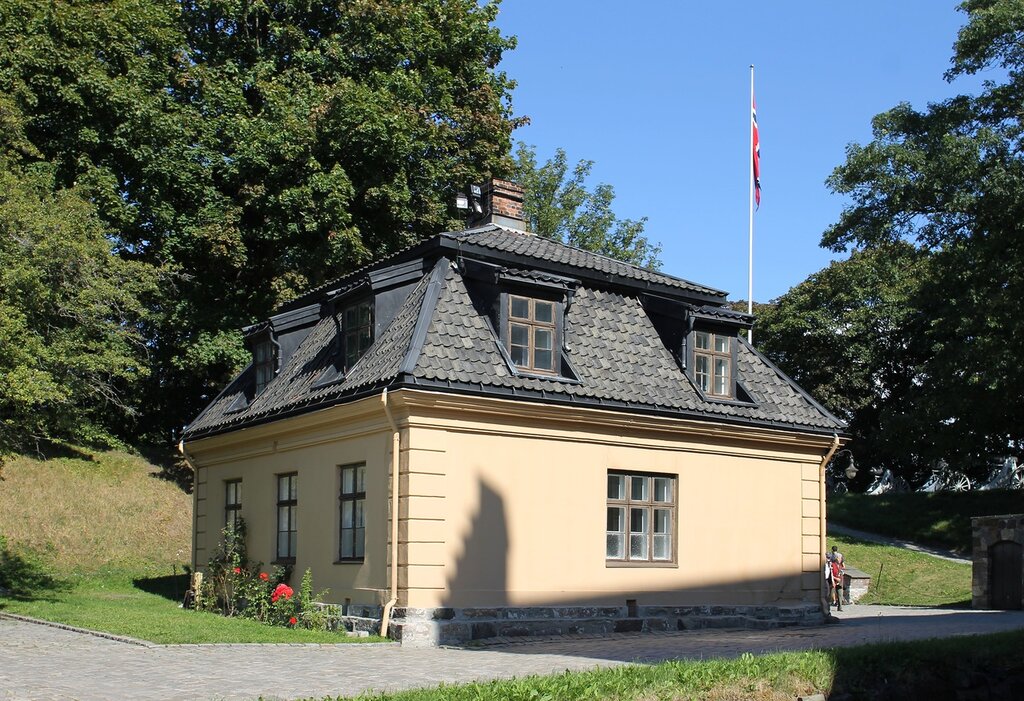 Panorama of the Pipervika bay.