The Royal Bastion (Kongens bastion) was erected after the seven-Year Northern war (1663-70), which resulted in the fortress twice it was attacked by the Swedes and suffered serious damage. The city was there completely destroyed. The new Bastion reinforced the Eastern part of the fortress, and his artillery defended the Central part of the city. Construction the Bastion was built in 1567-1592.

From the Bastion you can see the upper part of the prison Church (Fengselskirken)built in 1866. In addition to its direct purpose, the building served purely utilitarian functions - it was visited by the prison kitchen and bath. Now the building belongs to the Norwegian Ministry of defense. 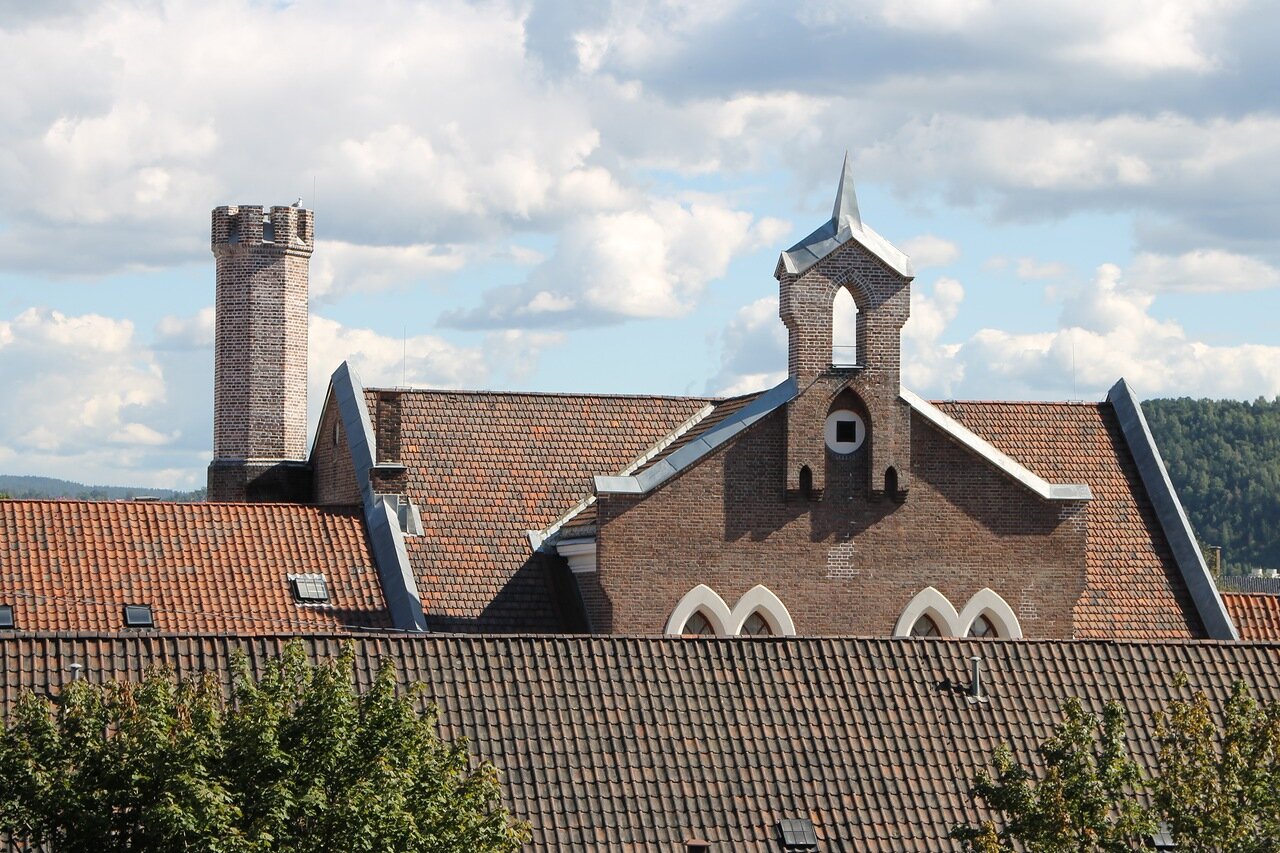 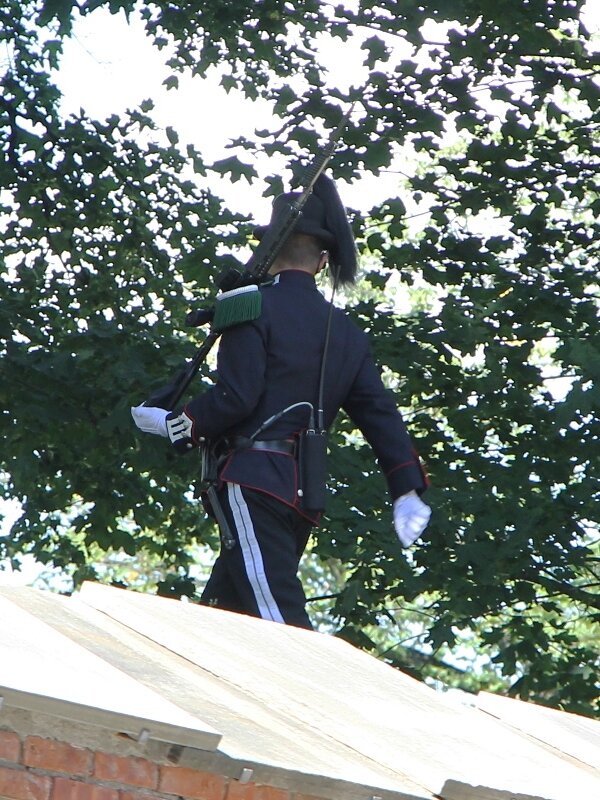 From the Royal Bastion, the gate leads to theThe Northern escarpment (Skarpenord), built in 1592-1604. 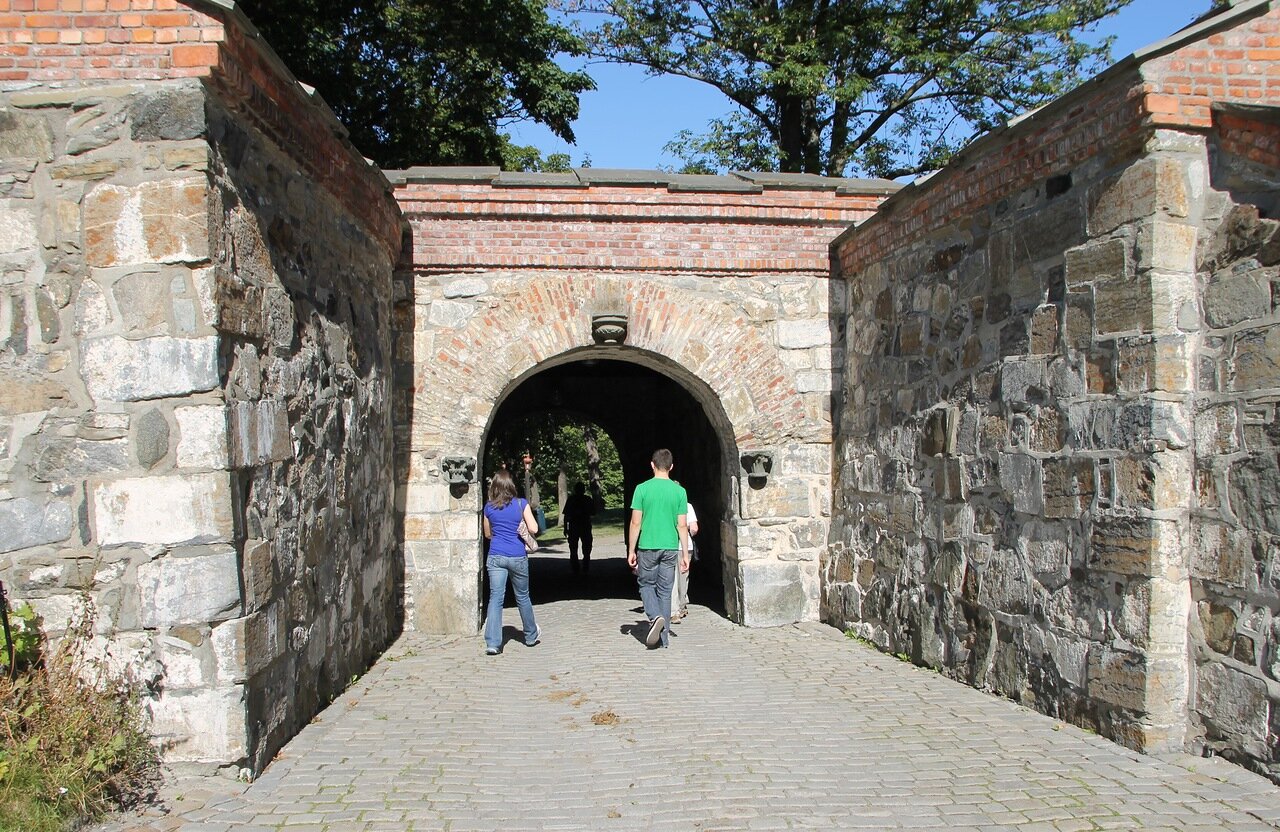 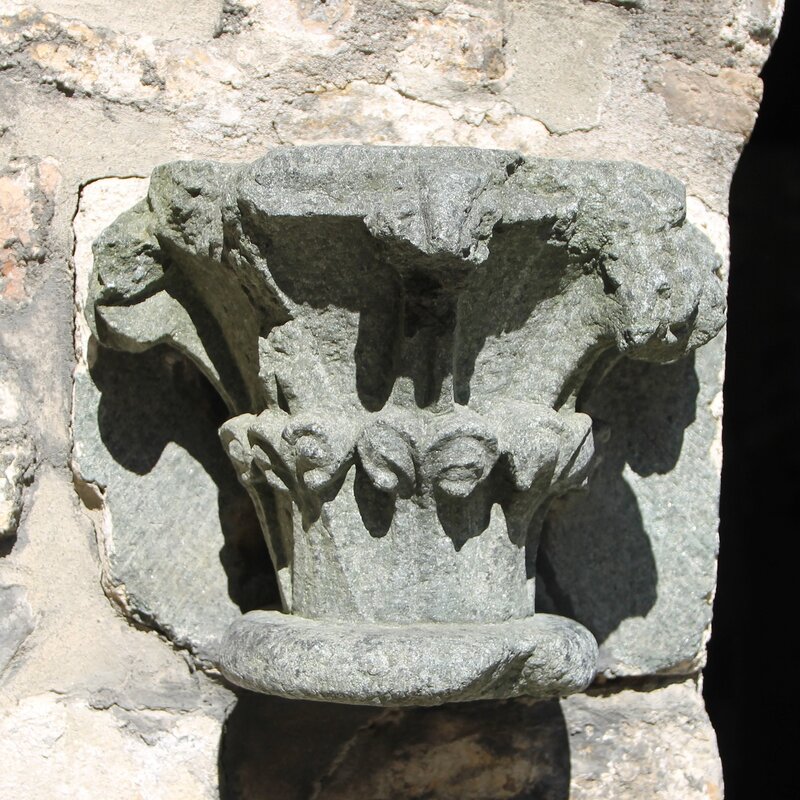 The powder magazine, built in 1657 for the storage of artillery ammunition. 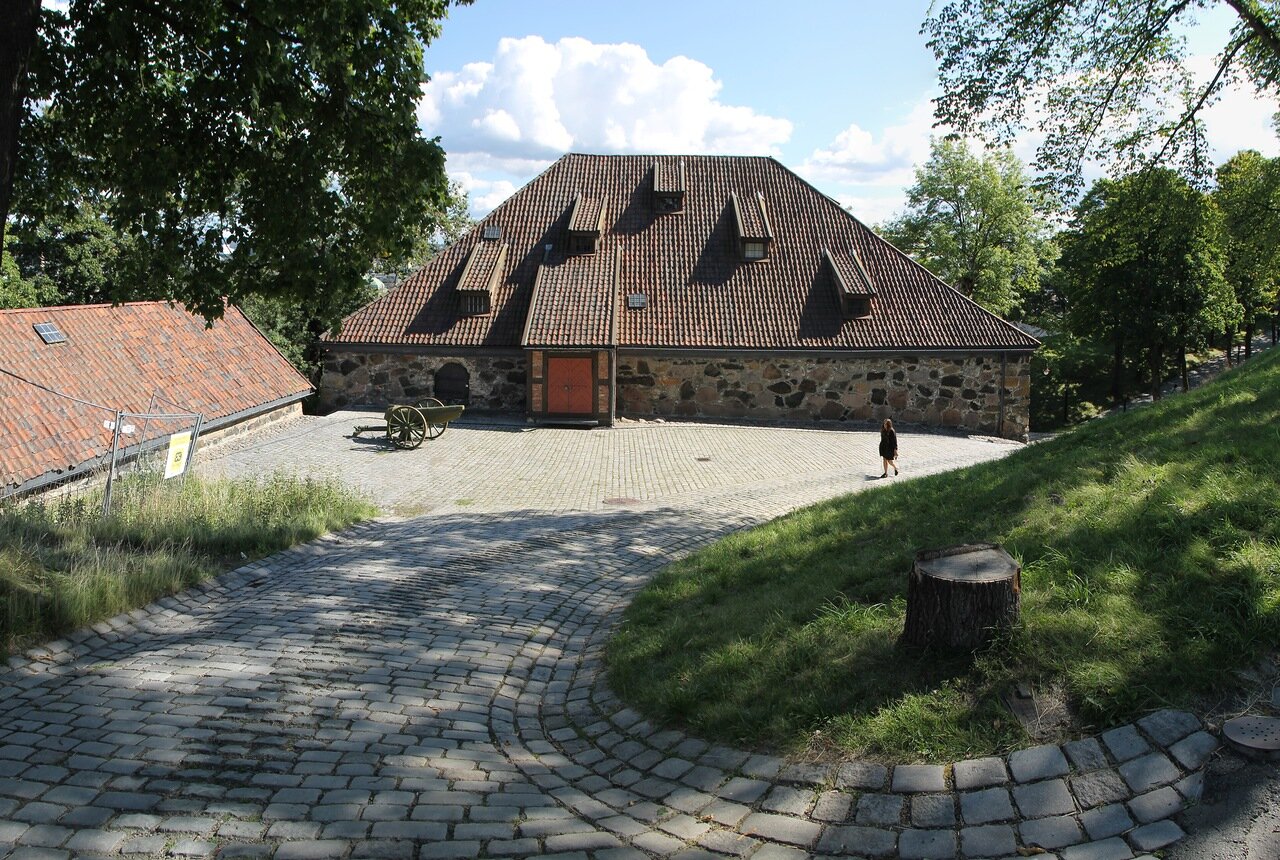 In front of the warehouse building are several three-inch field guns of the 1901 model, used as saluting guns during ceremonial events. 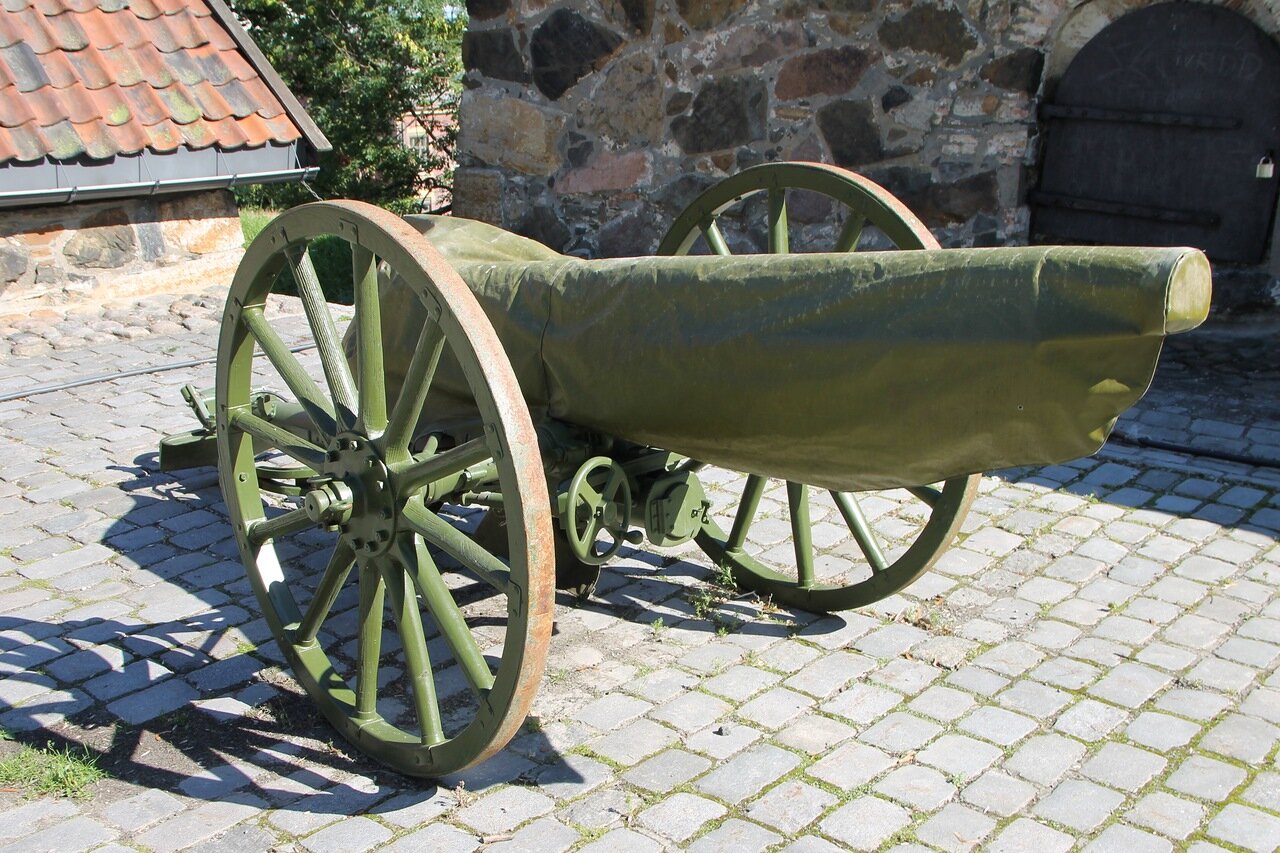 The Northern escarpment is a large shady Park, a wonderful place for walking and relaxing. Access to the territory of the fortress is free, from 8 am to 9 PM. 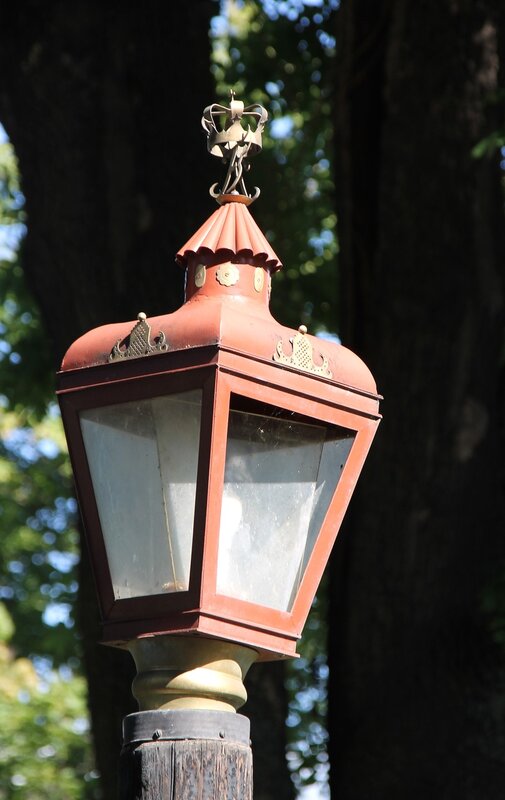 From the walls of the Northern escarpment, you can get the best views of Oslofjord and Pipervik Bay, where you can see the sailboat Christian Radich at the wharves. 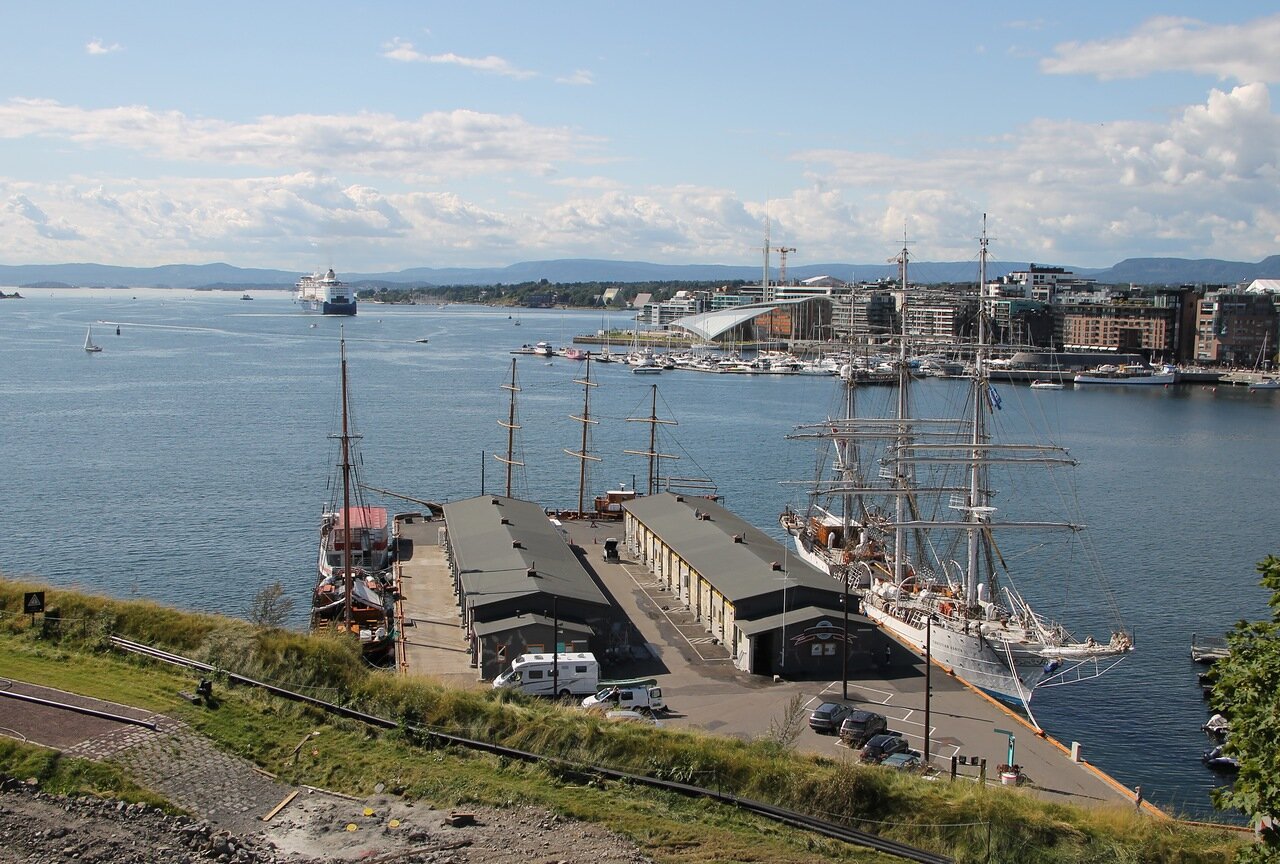 and the minesweeper Alta, 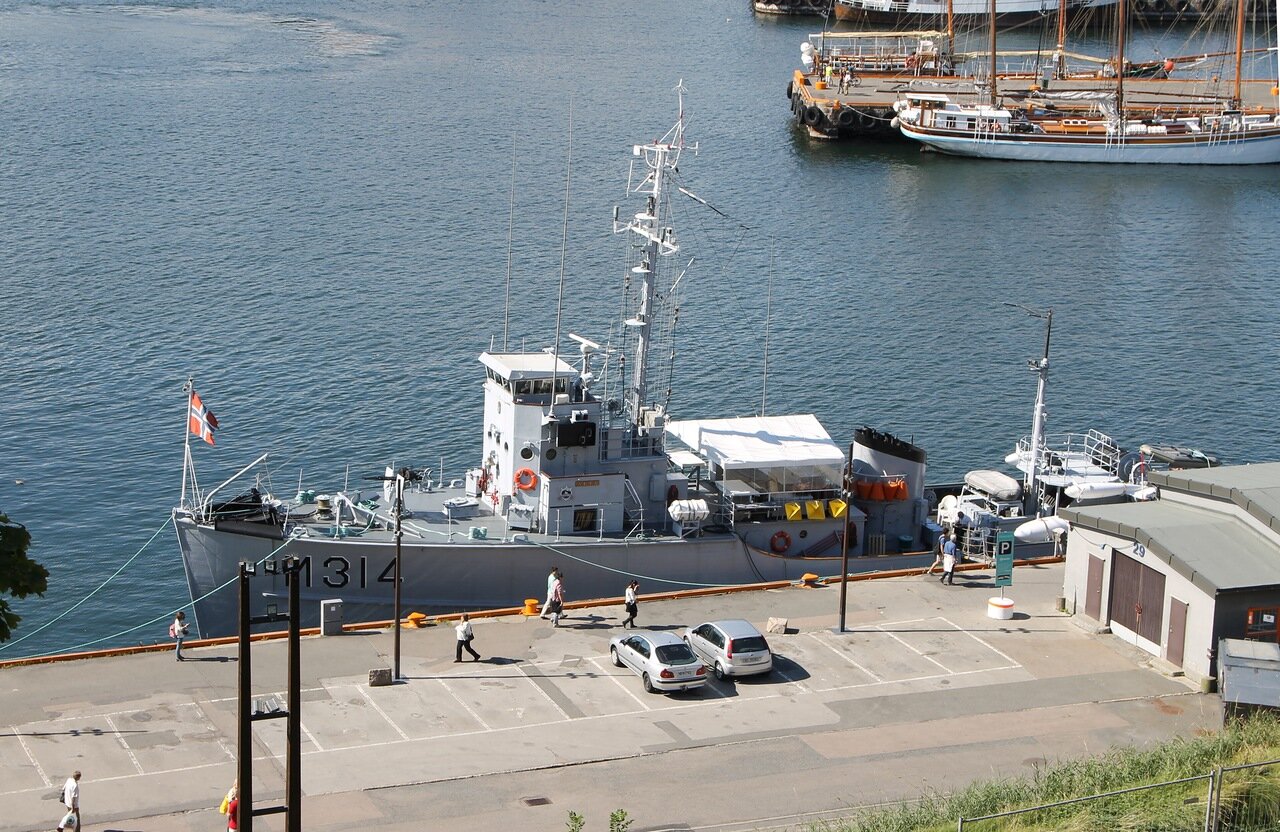 As well as the city Hall building. 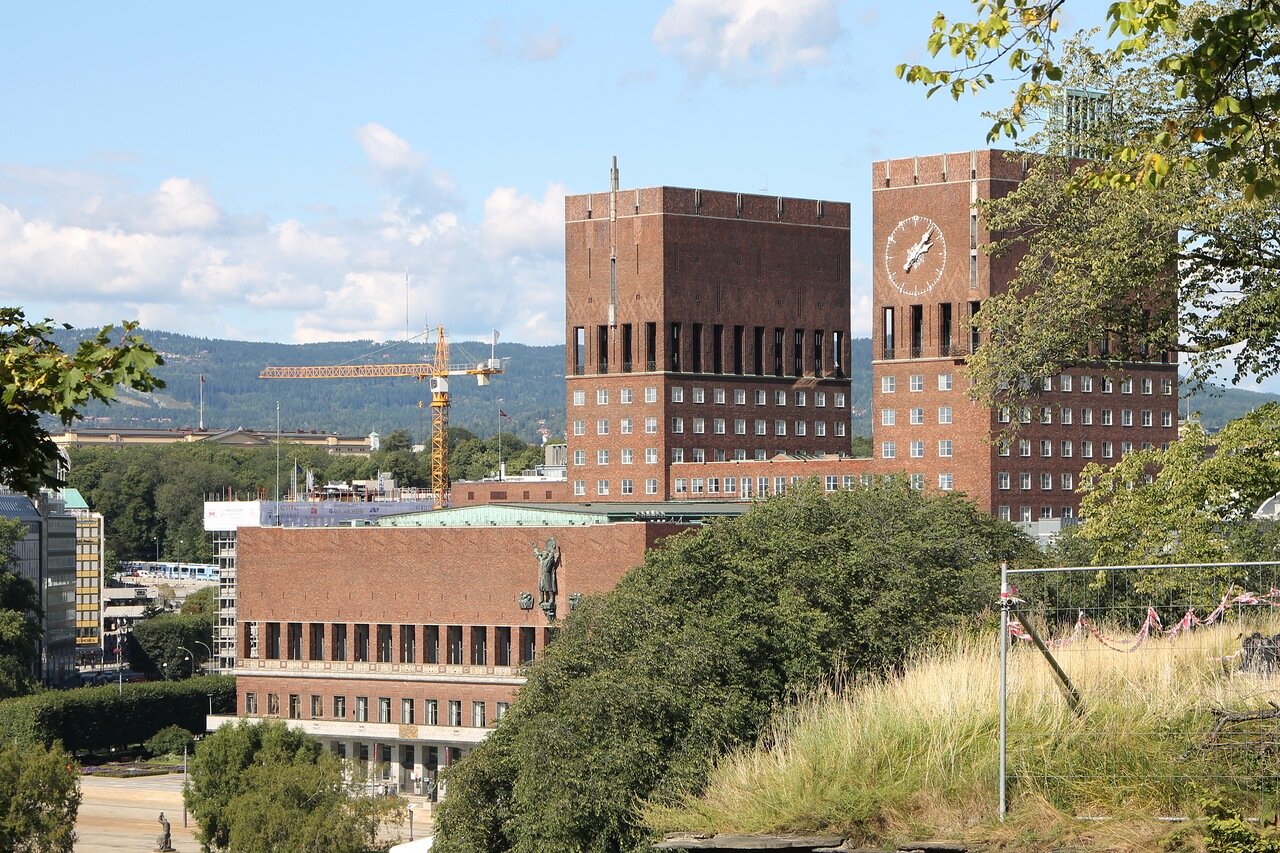 In the lower part of the fortress, actually already on the territory of the city, the headquarters of the Norwegian armed forces and the Ministry of defenseare located . 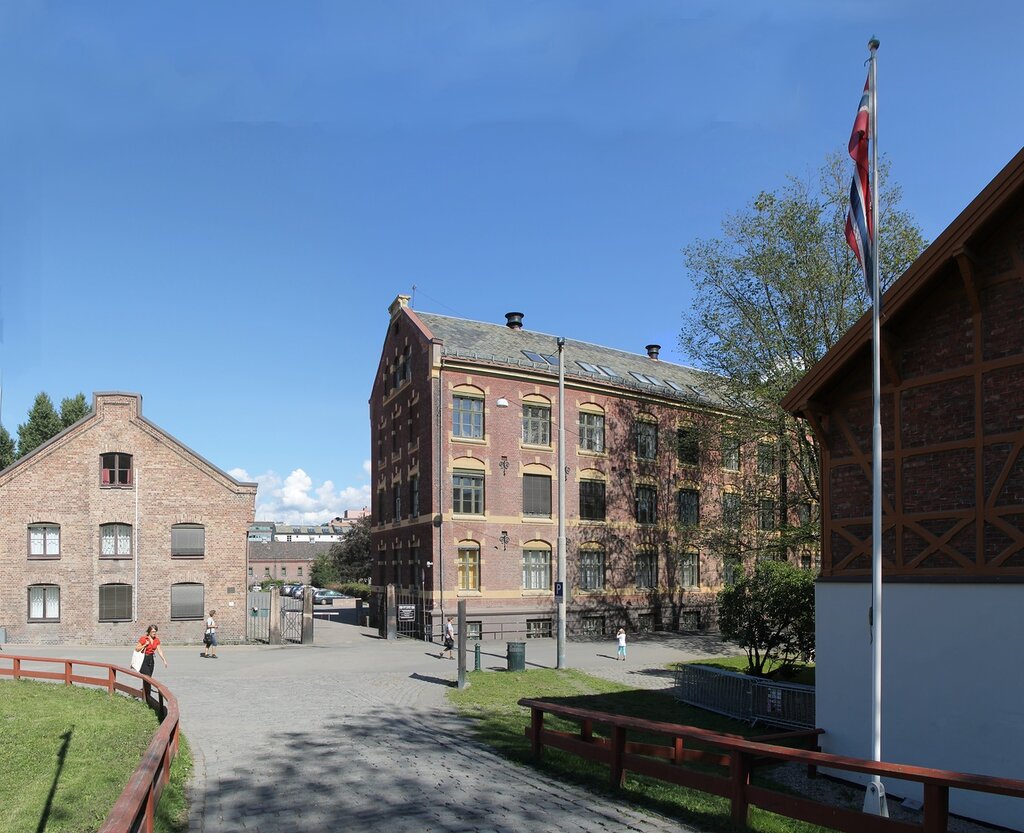 The fortress and its surroundings are impossible to get around in less than an hour, which was at my disposal. Here you can visit the Museum of the Resistance and armed forces of Norway, you can visit the Royal chapel, see many interesting buildings, and just take a walk or lie on the grass. 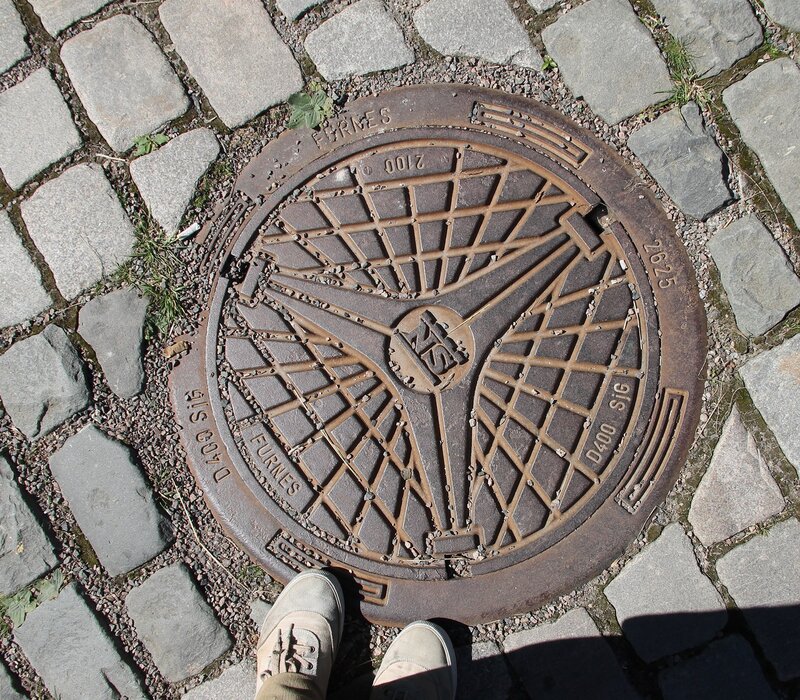