In 1881, Chamberlain Christian Holst (Christian Holst) loaned the Swedish king Oscar II, who ruled Norway at that time, to "strengthen ties with the Norwegian people" to engage in the preservation of cultural heritage, in particular the oldest buildings. The king supported the idea, funds were allocated and a plot of land in the Royal estate on The bygdøy kongsgård Peninsula. By 1890, 5 wooden buildings, now known as the "Oscar II Collection", had been transported and restored from various parts of Norway. The collection included a unique stavkirka of the 13th century and 4 buildings of later periods, becoming the world's first collection of architectural monuments. In 1907, the collection became part of the Norwegian Ethnographic Museum. 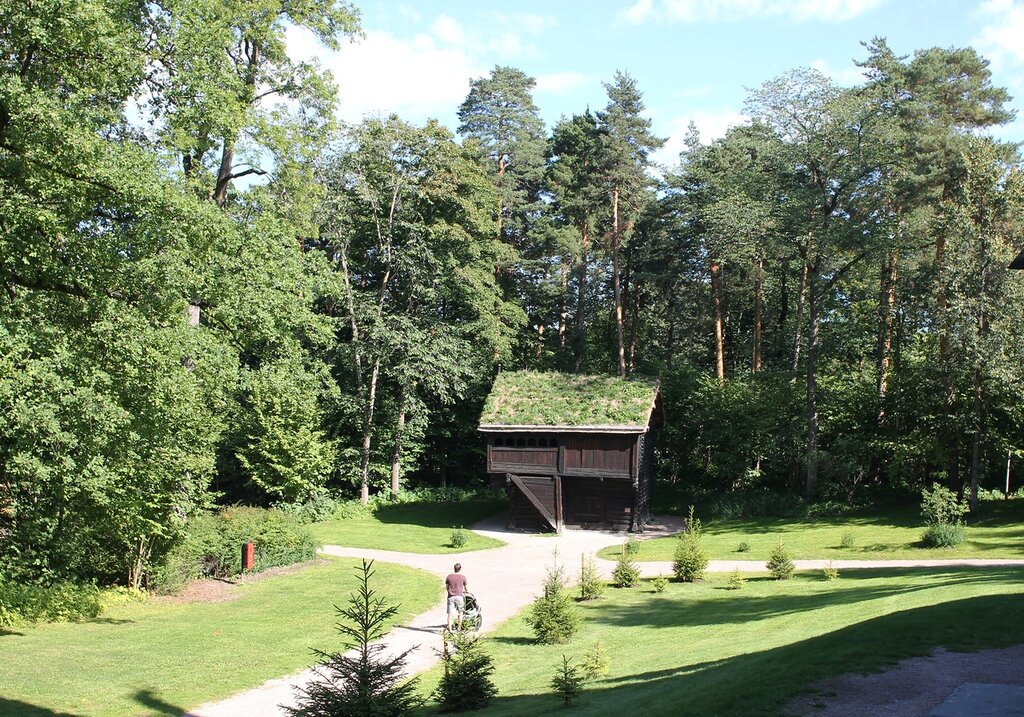 Early timbered buildings of the Norwegians was called "Syabu". This house was built around 1500 in hylestad (Setabu fra Hylestad), restored in 1913. 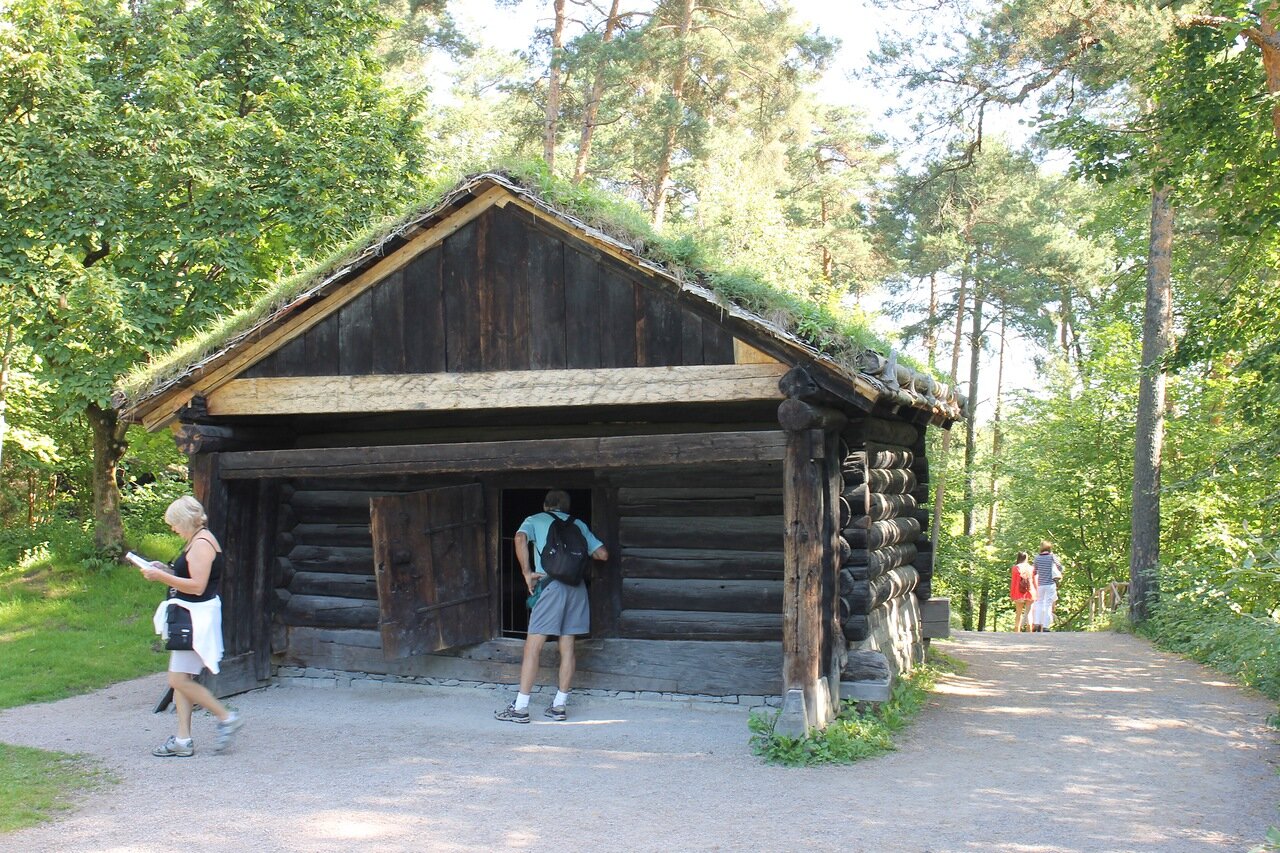 As you can see, the comfort here is minimal - around the hearth of the bench, along the walls - a couch. 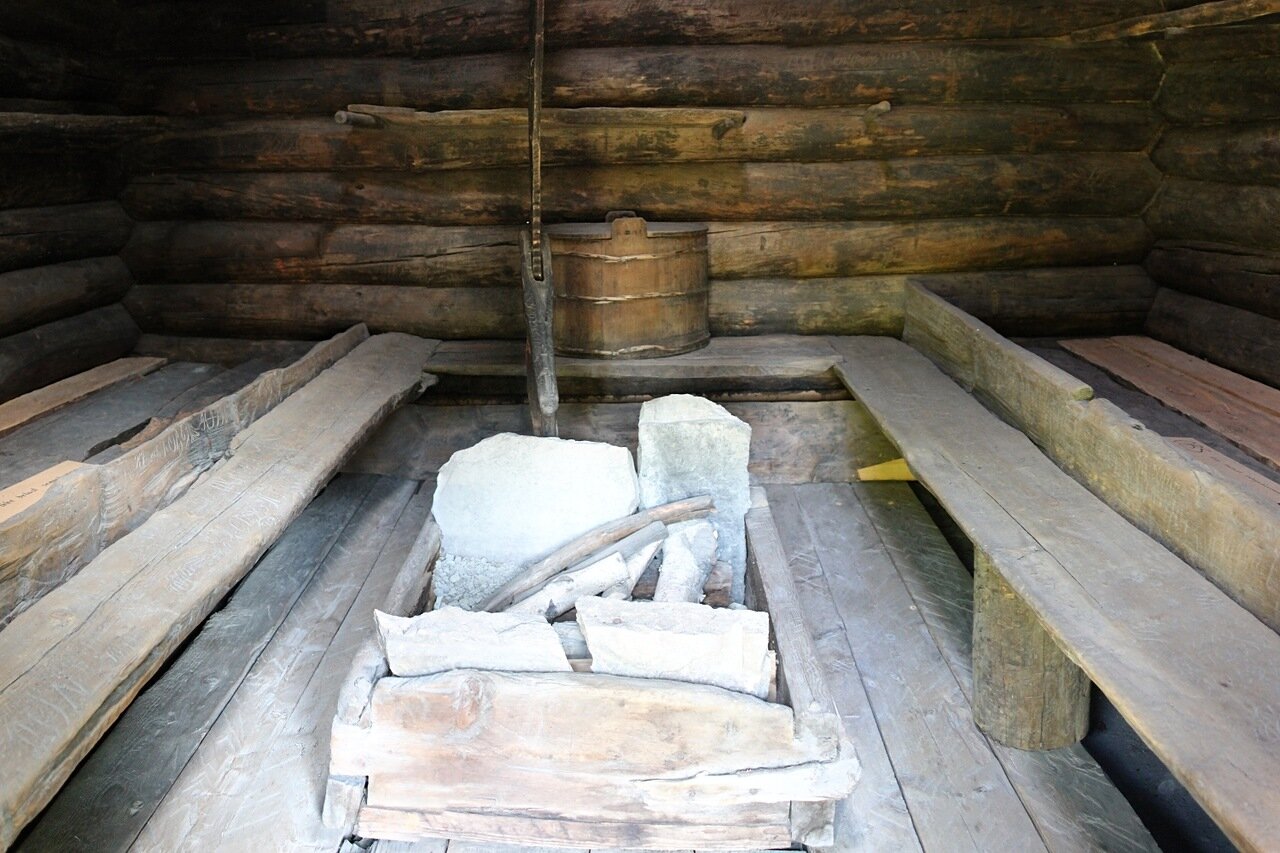 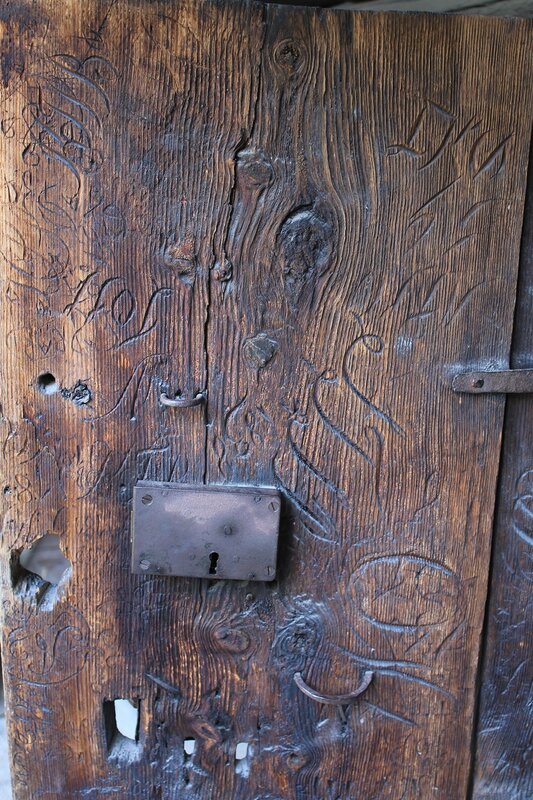 Norwegian Loft (Norv. Loft- attic) - a common medieval dwelling. A distinctive feature - the house had two floors and an external staircase with galleries on the second floor. The second floor is larger than the first floor. The log house was installed on the stumps of cut down trees to protect them from moisture and pests. The first floor had a stove-fireplace, it was lived in in winter, the upper floor, unheated, was used in summer. This loft was built around 1300 in Rolstadloftet and was restored in 1888. 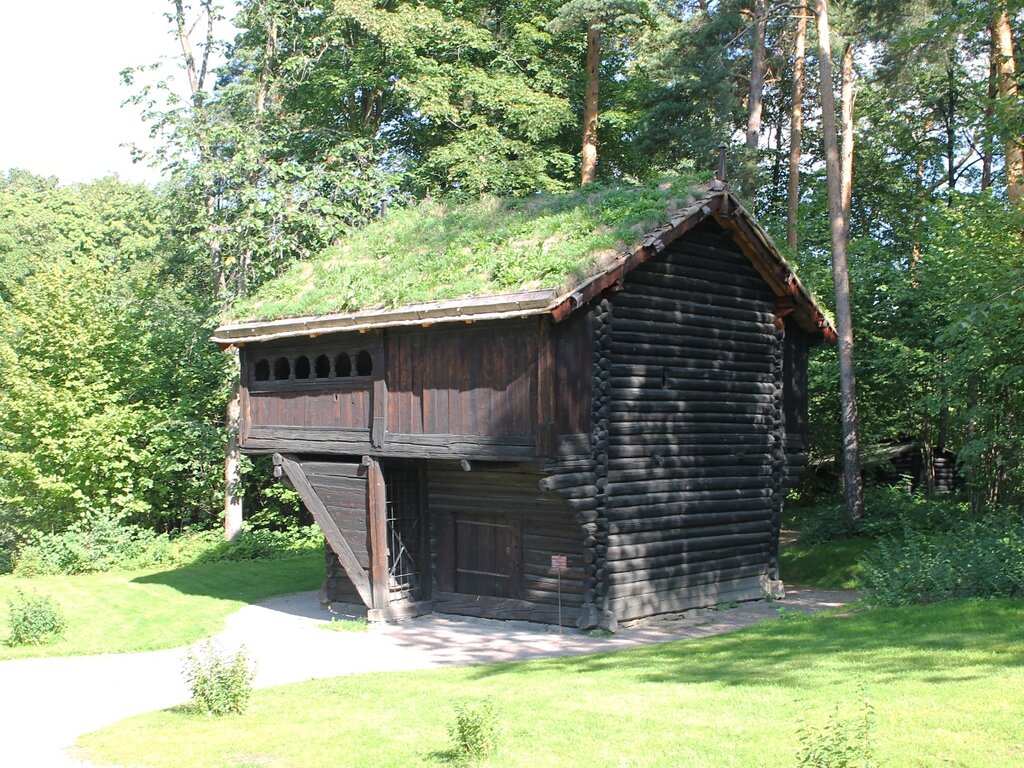 Another loft, where a gallery encircles the second floor on all sides. The building was built in 1750 and was moved from Loft fra Søndre Berdal in 1885. 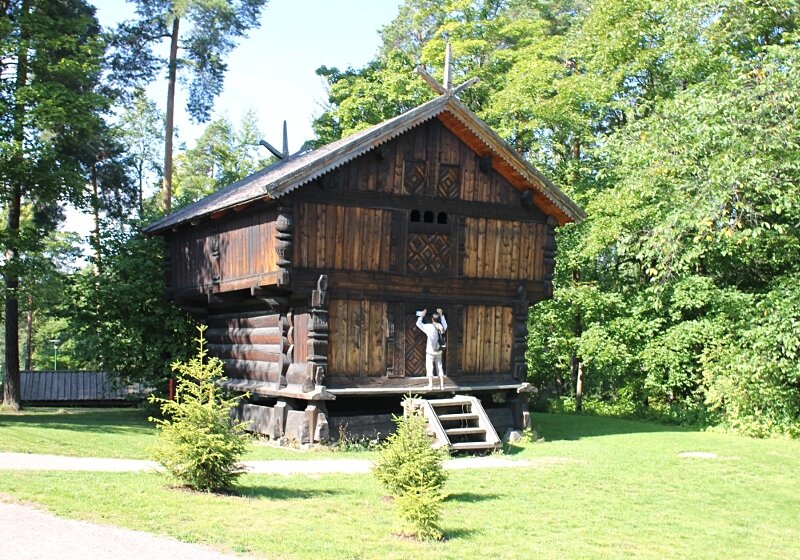 The house is richly decorated with carvings. 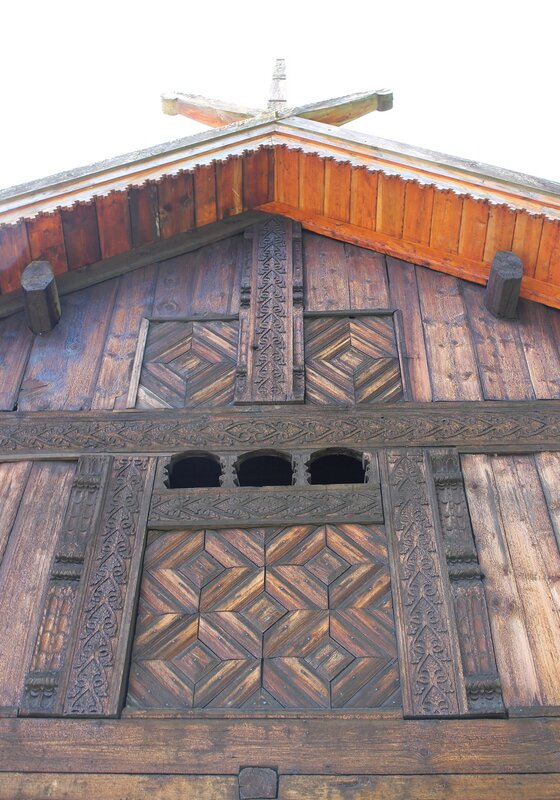 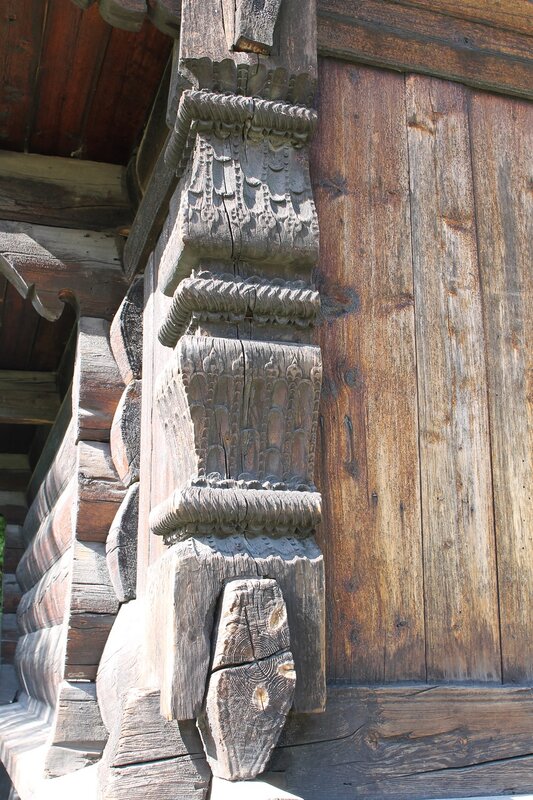 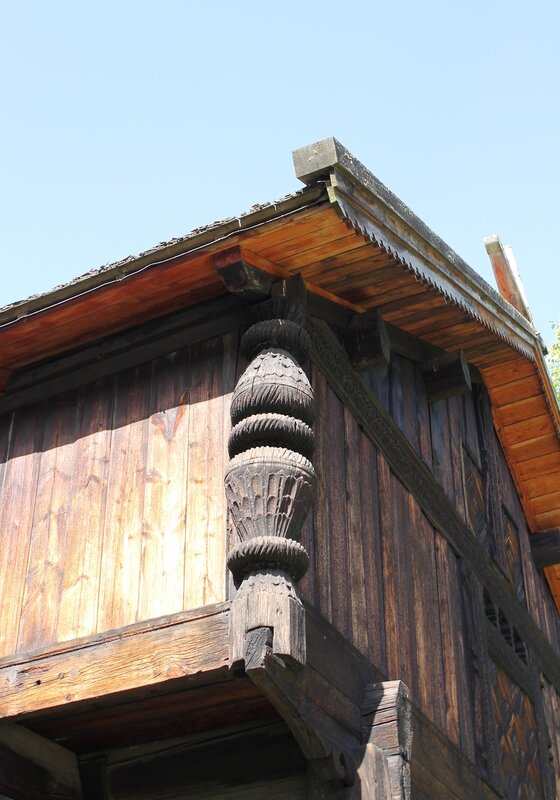 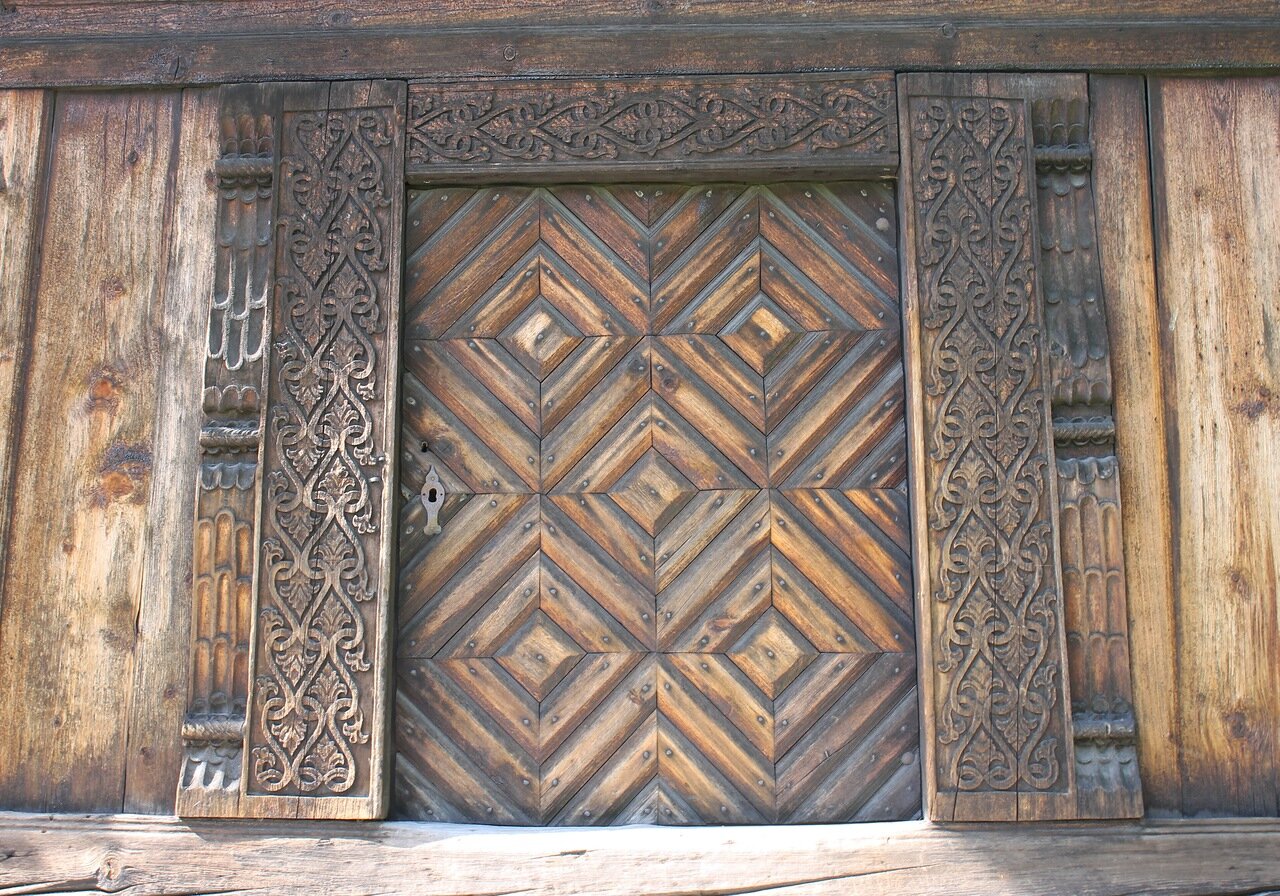 This was the end of my walk - 2 hours is incredibly short to get acquainted with this wonderful Museum, I only went around a third...there is a reason to return to see a replica of the Norwegian town of the beginning of the 20th century and many more interesting things. 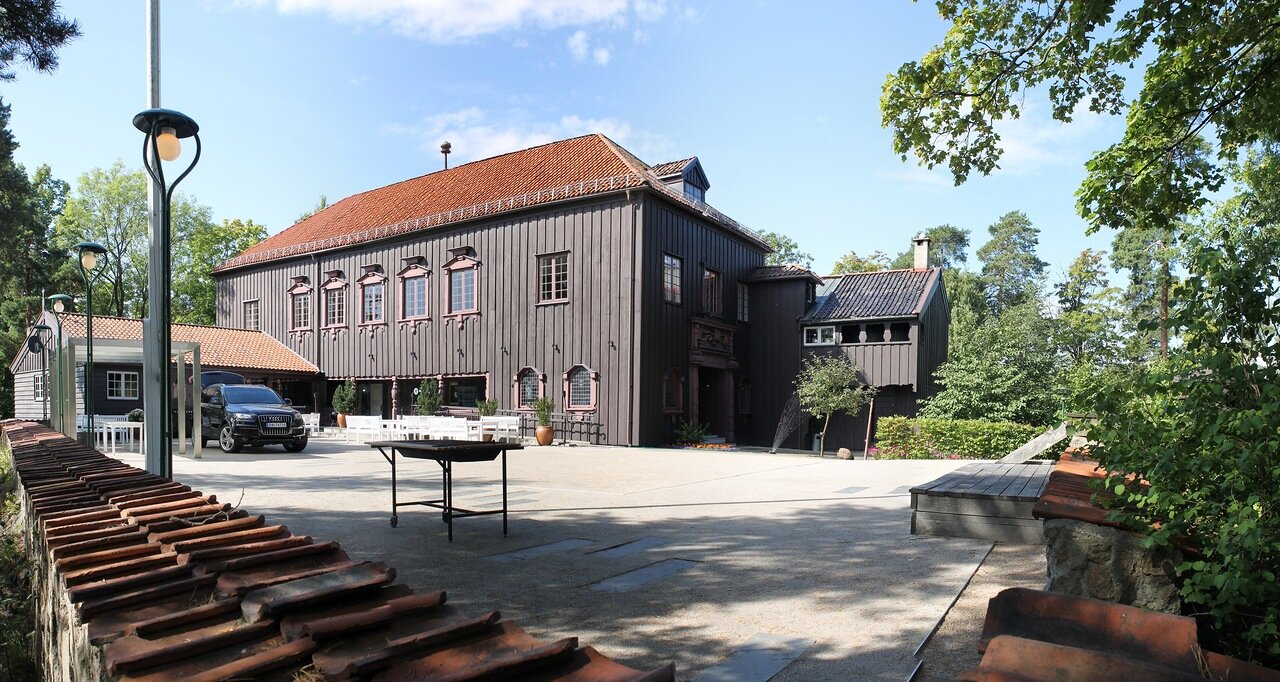