The sculpture complex of Vigeland park begins with a hundred-meter granite bridge, on which 58 bronze statues are located. The first bridge over the Frognerdammen canal was built in 1914 and led to an exhibition dedicated to the centenary of the Norwegian Constitution. The modern bridge uses only its supports.

Reconstruction of the bridge was carried out from 1918 to 1930, during this period in its corners were erected four columns with sculptures depicting the struggle of man with dragons. 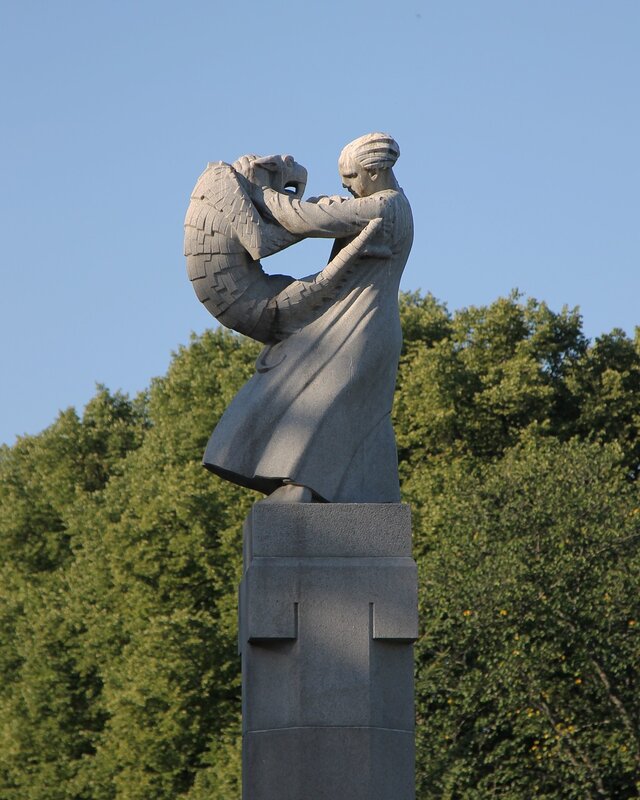 Medieval images of dragons appeared in the works of Vigeland during his work on the restoration of Nidaros Cathedral in Trondheim in 1896-1802. 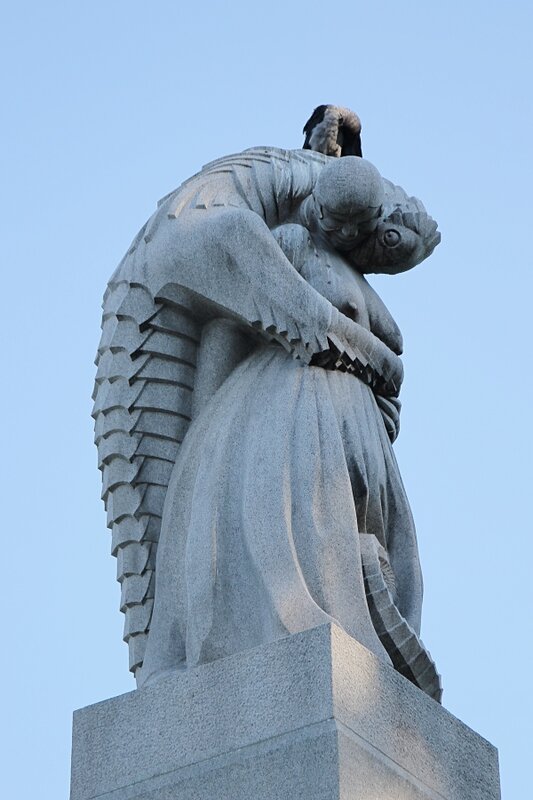 Traditionally, the dragon symbolizes the forces of evil, Vigeland sees them as internal defects of the person with whom he is trying to fight throughout his life. Some interpret these sculptures as a confrontation between man and the forces of nature. 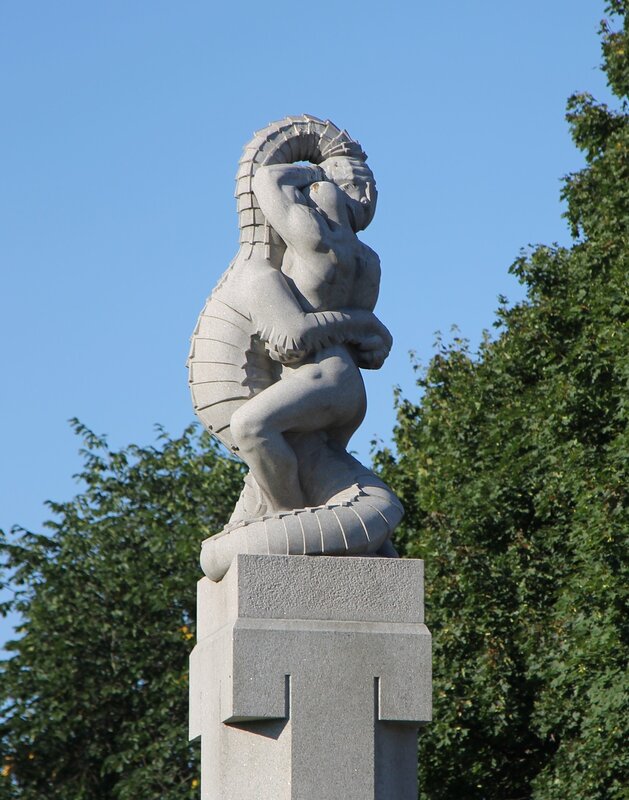 Vigeland worked on models of sculptures from 1925 to 1933. In 1940, the sculptures were cast in bronze and installed on the bridge, after which the bridge was opened to the public, even before the completion of work in the main part of the park. 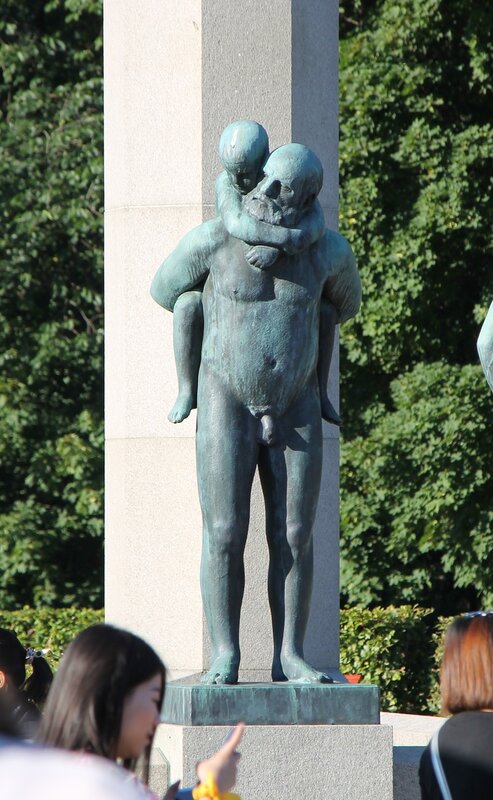 Some statues depict people in motion, such as these two running boys. 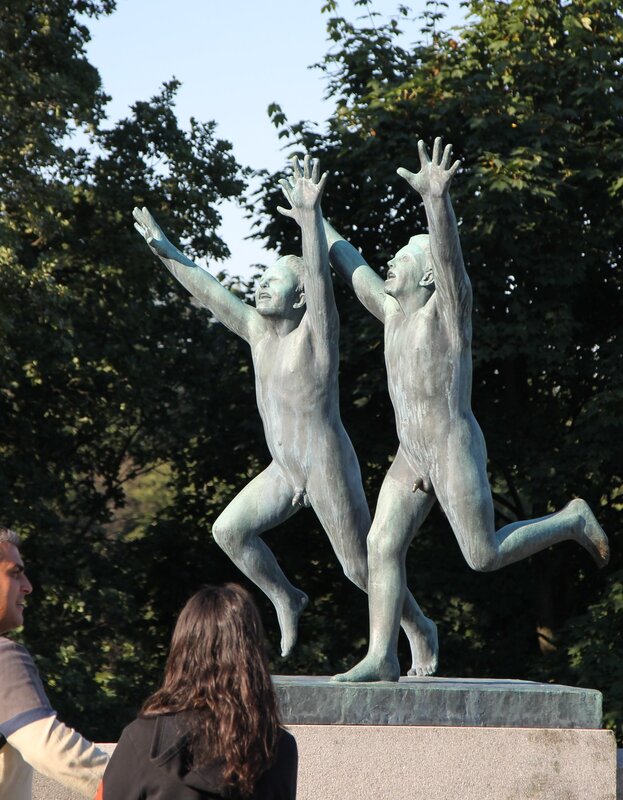 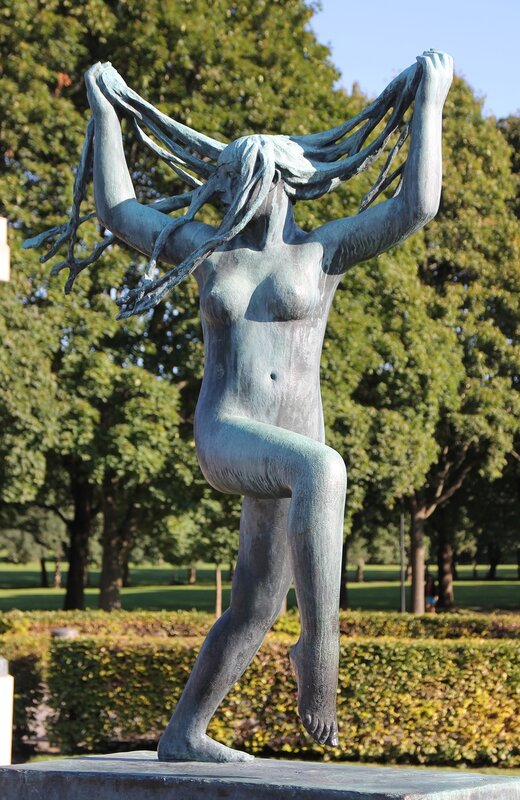 Other compositions show the relationship between people, often with a deep philosophical meaning. Here everything is clear: the old man educate a young man with his fist. 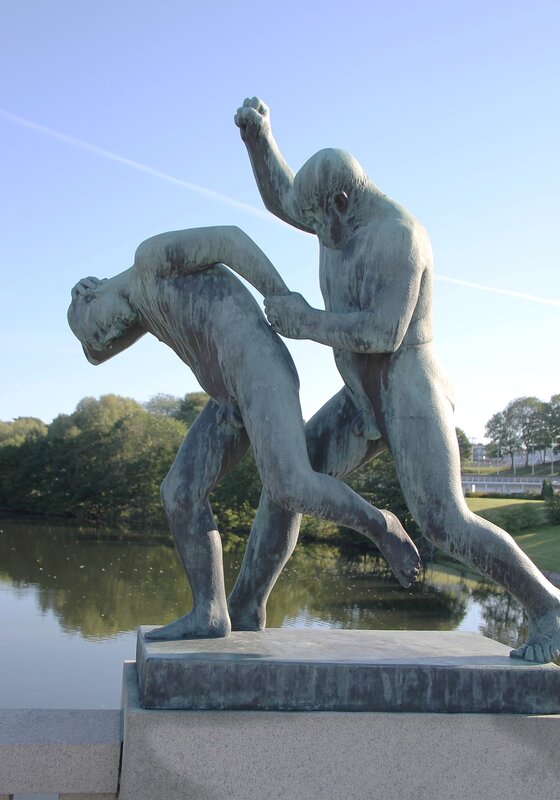 A man throws a woman over his head. What mean by that sculptor, difficult to understand. 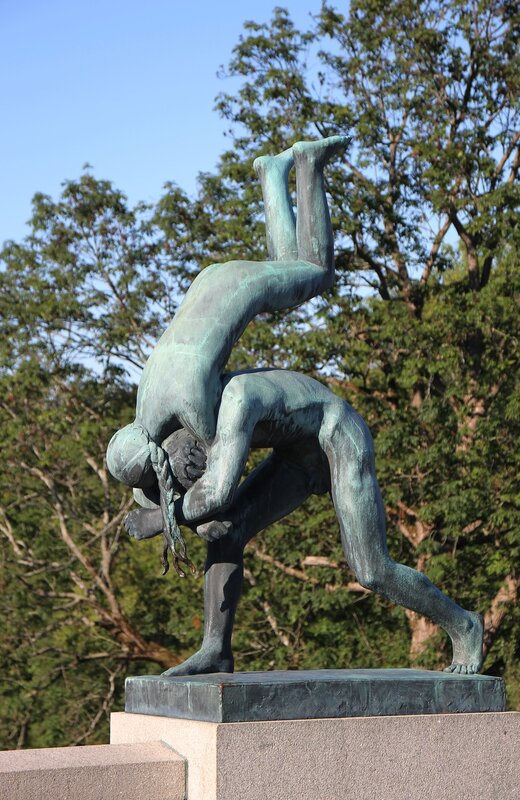 In this sculpture, you can see a human attempt to go beyond the usual circle. Or resisting the wheel of fate. 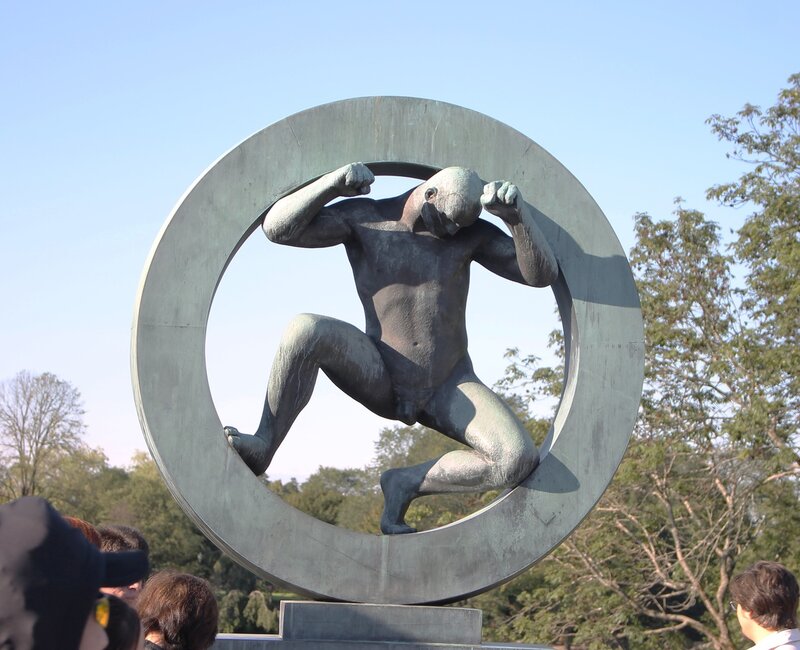 Here the wheel of fate spun a man and a woman, as in a centrifuge. 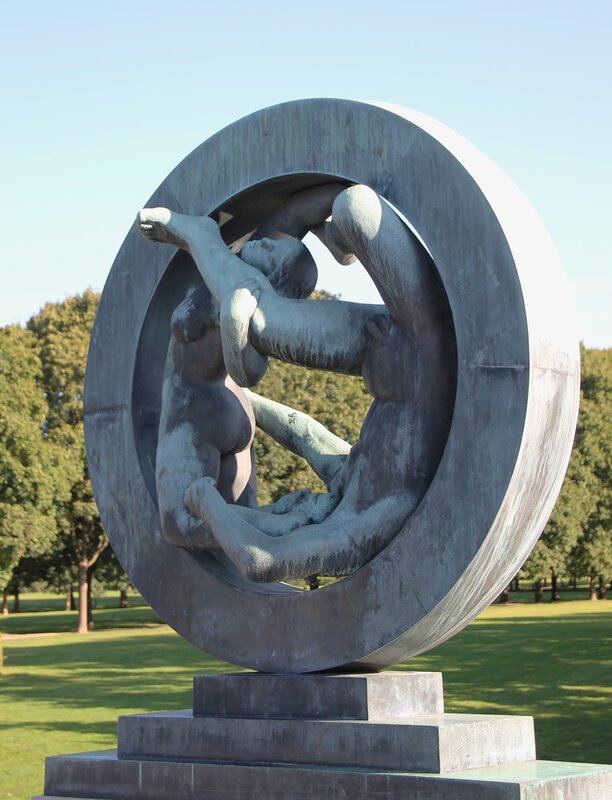 Many sculptures are devoted to the theme of parents and children. 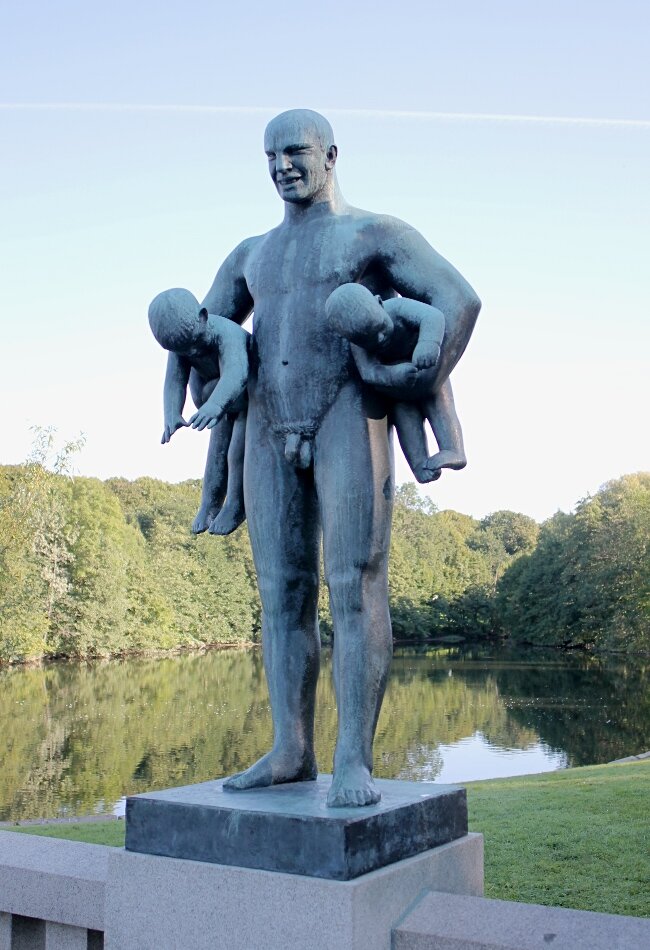 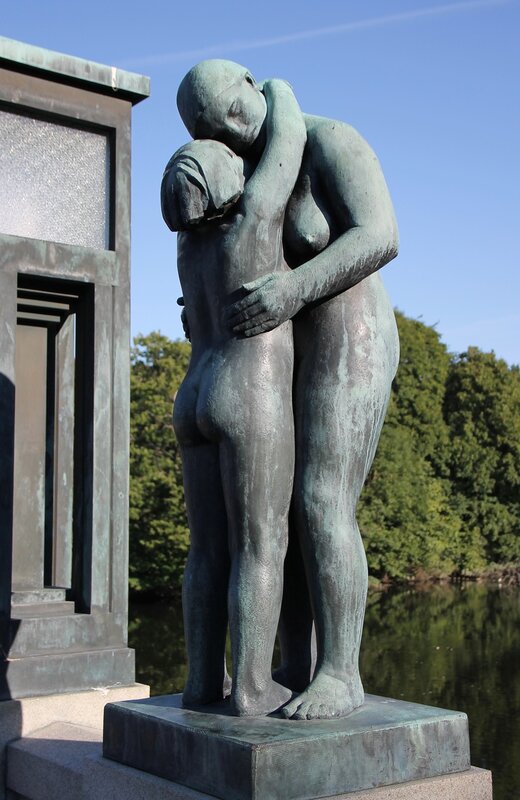 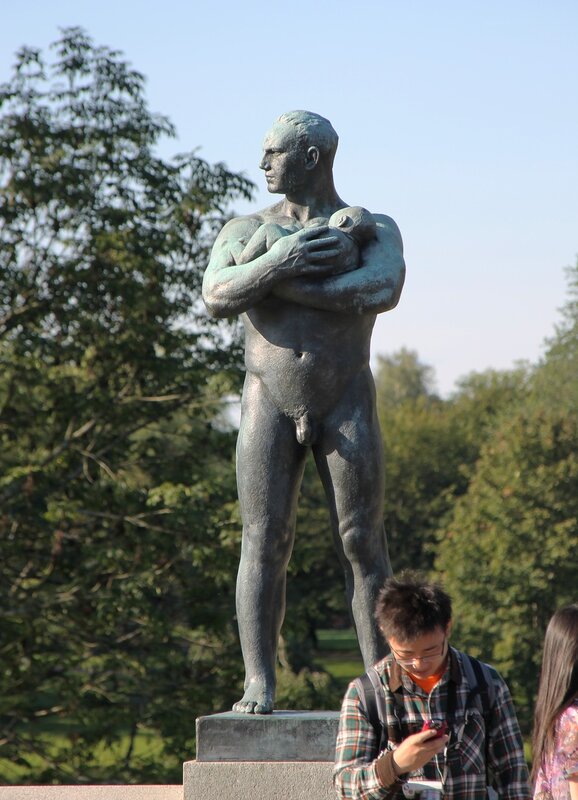 "The man who was attacked by babies". 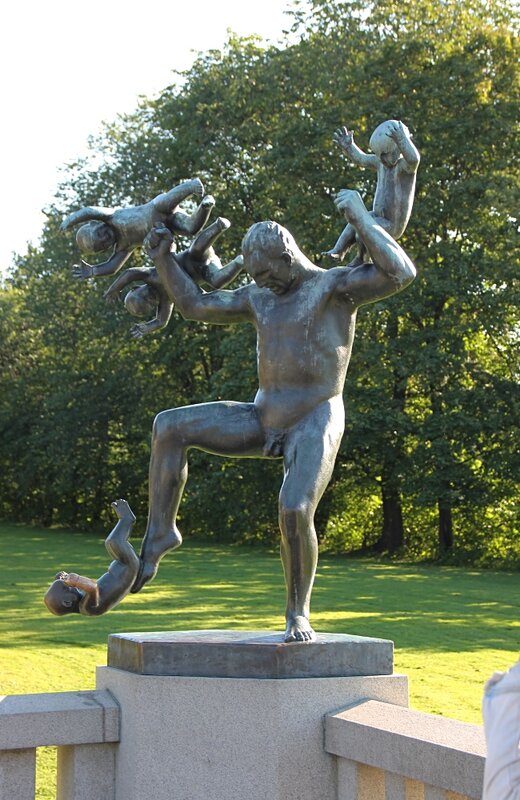 Sculpture "old Man with a boy" shows the continuity of generations. 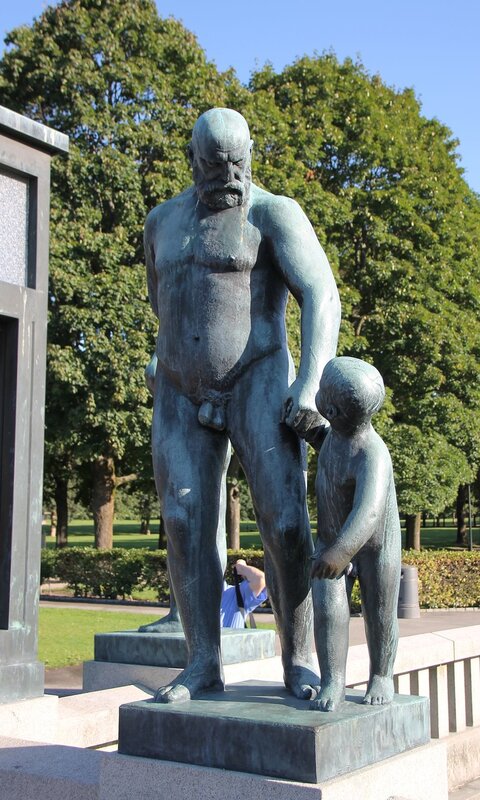 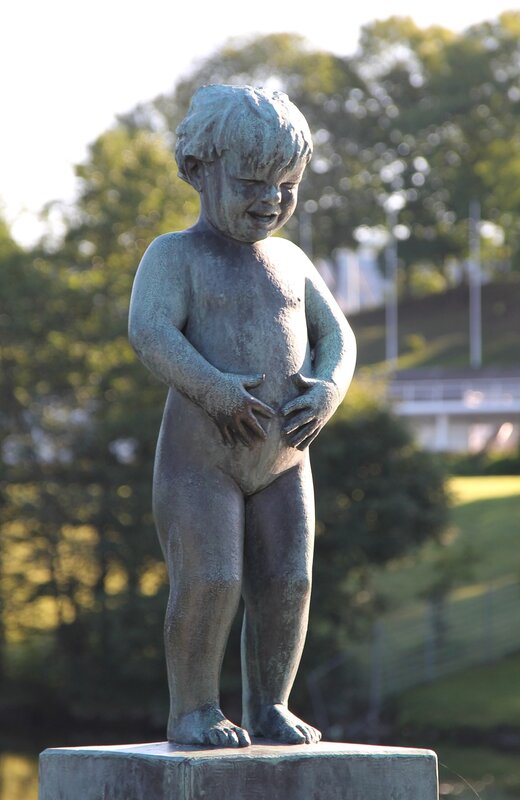 Remarkable realistically have Vigeland "Angry baby" (Sinnataggen). The plaster model was created by the sculptor in 1924. A bronze sculpture with a height of 83 centimeters became a symbol of the Park, as well as the object of vandalism and kidnapping. 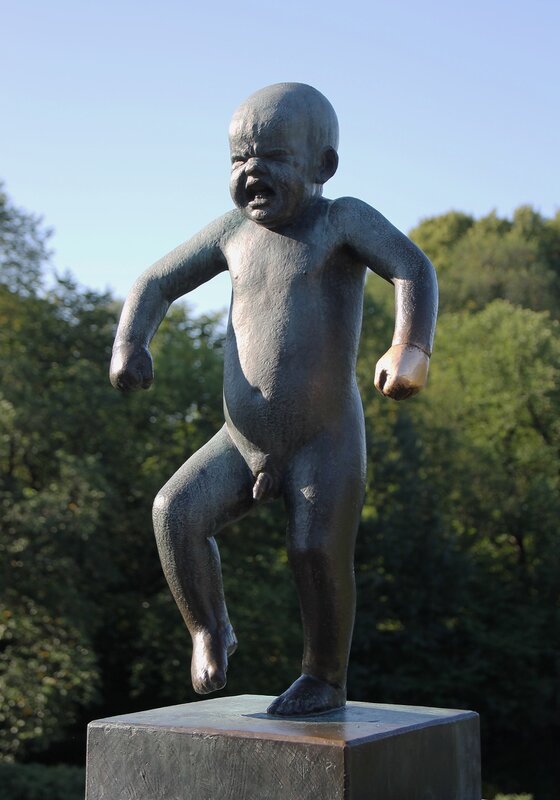 The prospect of the bridge is continued by the Vigeland Fountain and Vigeland Monolith, forming both artistic and semantic chain, symbolizing the life path of man. 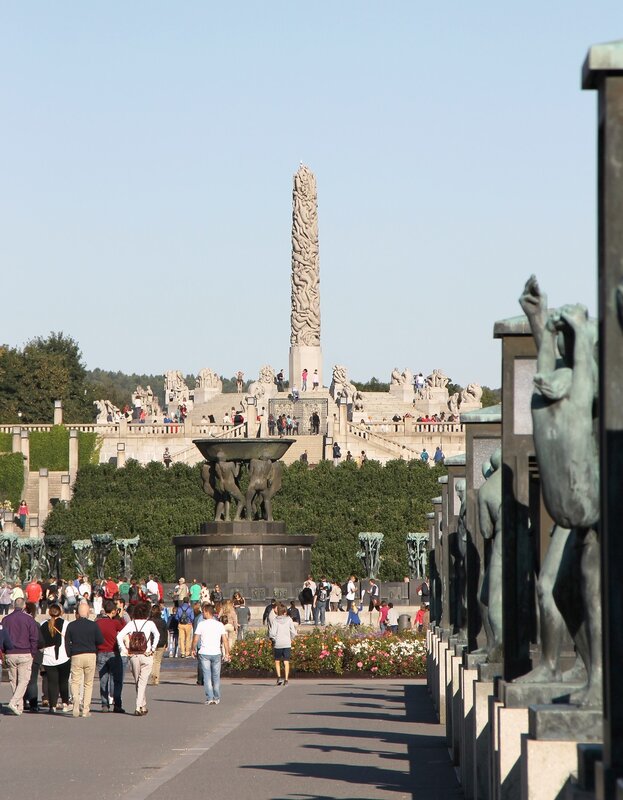