The central exhibit of the Museum - the wooden stave church (Stavkirke). This church was located in the municipality of Gul in the fulke (province) of Buskerud, Norway. Around 1880, the Church became too small for the city, and the municipality decided to demolish the Church and build a new one in its place. Society for the preservation of Norwegian cultural monuments first it tried to negotiate the preservation of the Church in its old place, and when did this happen failed, bought the Church building for 200 crowns on the condition that it it will be moved after the construction of the new Church is completed. beginnings Society didn't know where it will be able to move the Church, but then in 1881 part of Royal historical meeting was posted on the Bygdøy Peninsula in Oslo, and the company appealed to the king, stating that subscription collected only 387 euros, and the full cost of the transfer of the Church 6500 CZK. The king took full responsibility for the cost of moving the Church to a new location, and the ownership of the Church passed to him. In 1885 it was moved to the Bygday Peninsula near Oslo and restored, while restoring the intended view, which is she had before the reformation. On dendrochronological research the design dates back to 1212, although some details are more detailed ancient ones. The wooden gate is decorated with an intricate design threads. An ornament in the form of a ribbon weave is a favorite motif in Scandinavian art from pre-Christian times. Since 1884, the Church it is the property of the king of Norway, and is open to the public the public. There are also four replicas of this Church, two in Norway (one of them is in Gul) and two in the USA. 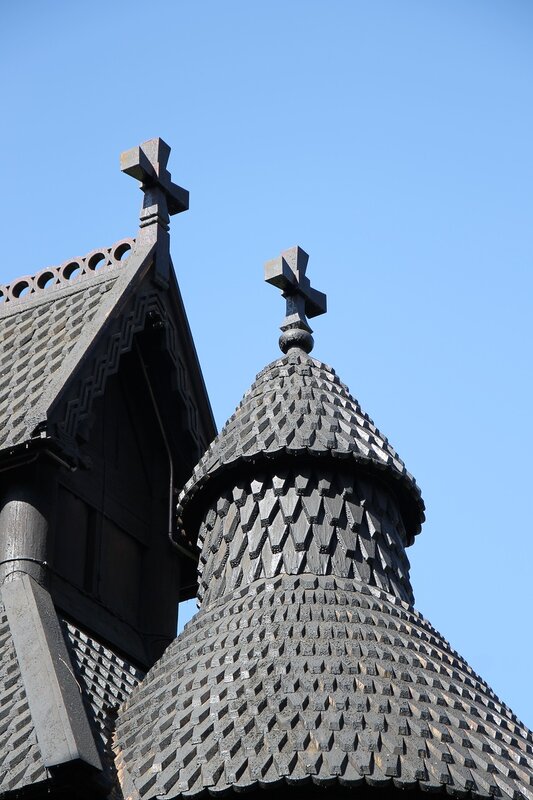