In 1953, the copper smelting factory was closed, and in 1975 the Museum of the history of the mining and metallurgical company Røros Copperworks was located in its premises. The exhibition tells about the process of ore mining and copper smelting. 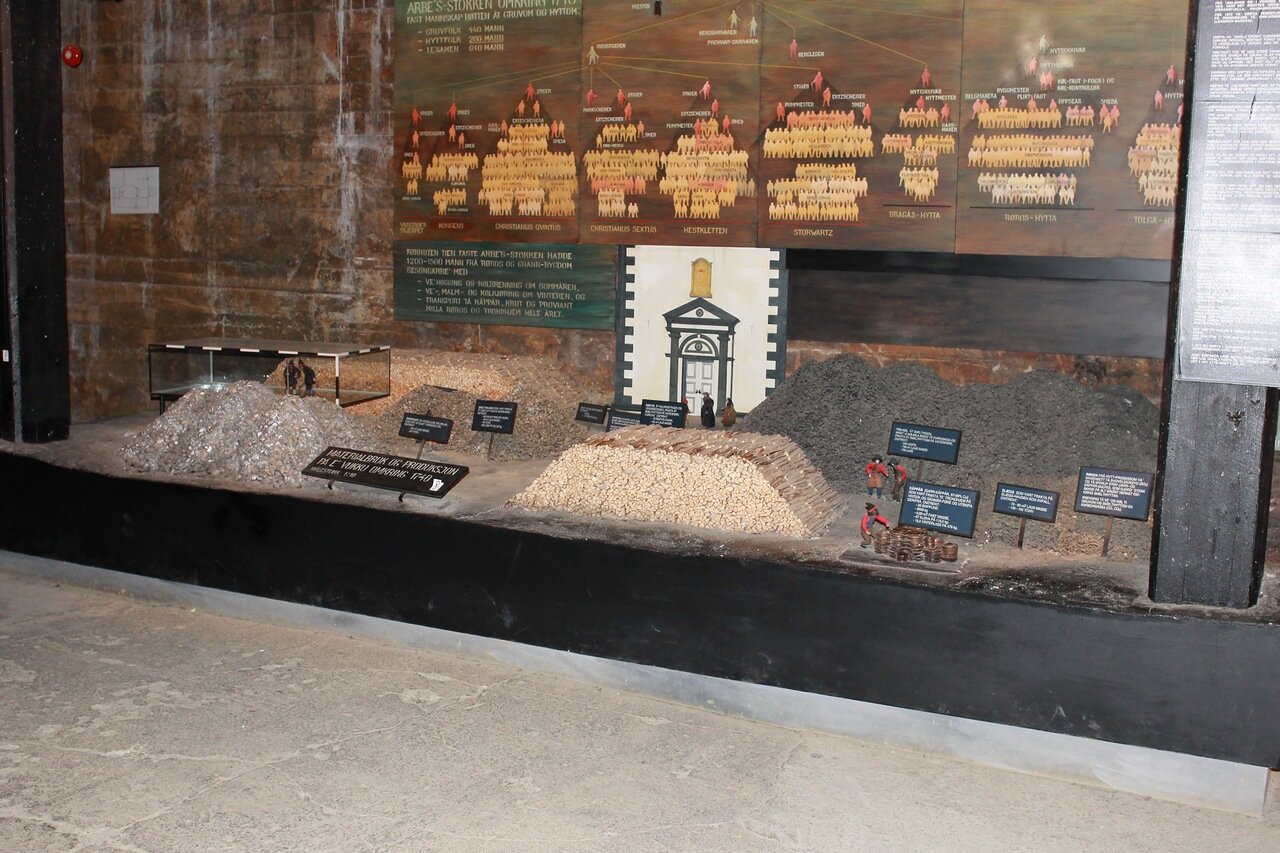 The development of any mineral deposit begins with geological exploration and work of mining engineers. Basic tools of the surveyor - theodolite, protractor, compass. 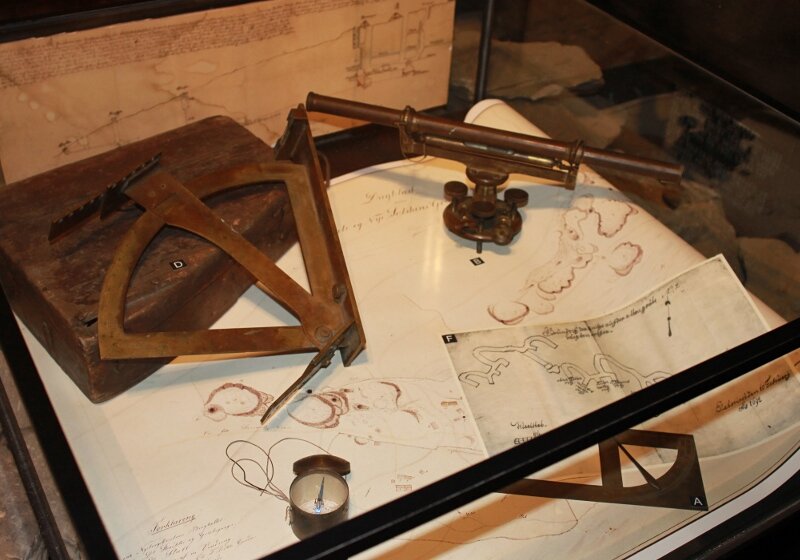 The tools of the underground workers were not very diverse - they were pick and different sizes hammers. 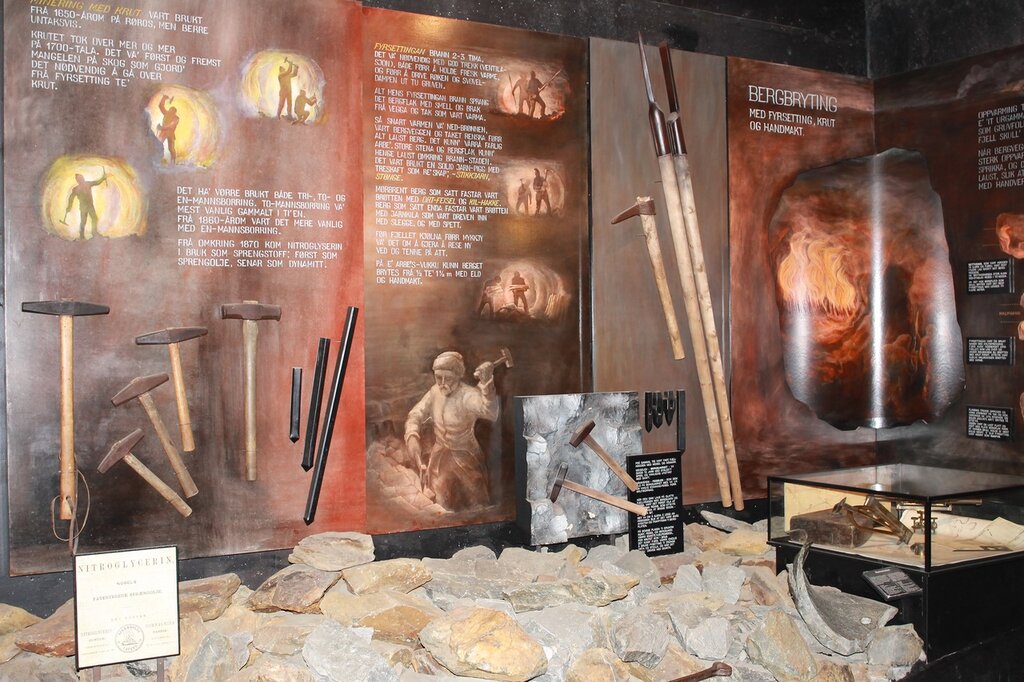 In such tubs ore rose to the surface at the initial stage of the deposit development. 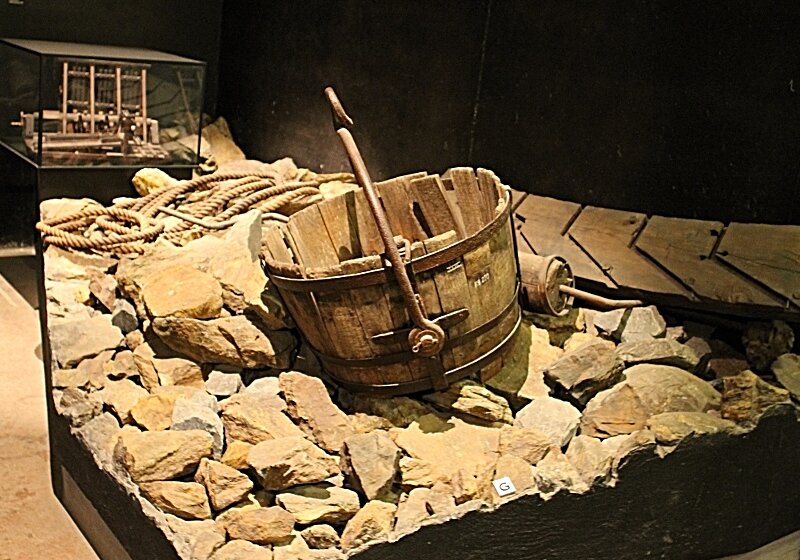 The mined ore was weighed on the lever scales. 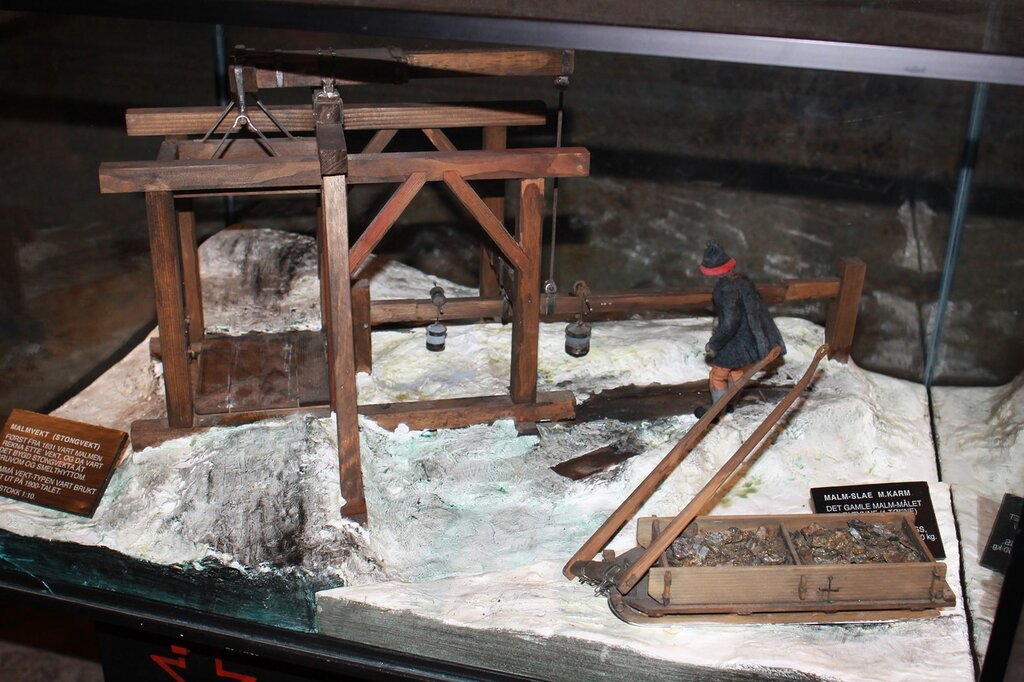 The timber and boards for mine support were made by means of an overpass and a vertical saw driven by two workers. 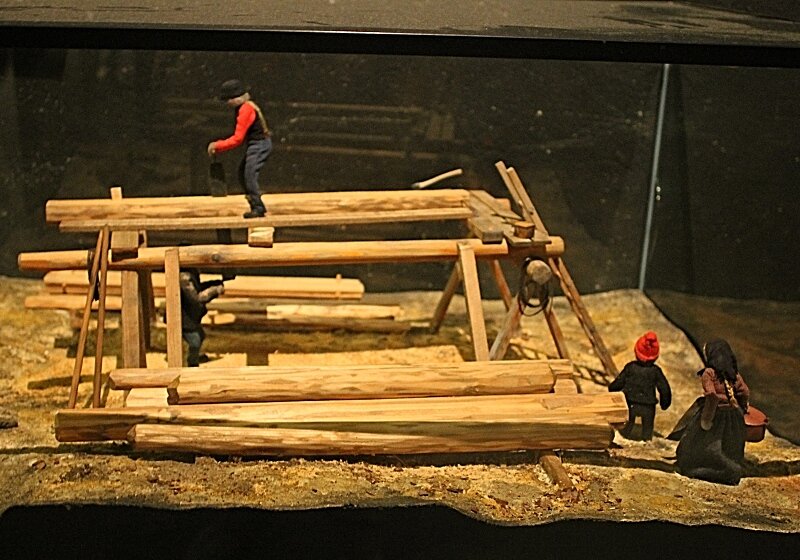 In the 18-19 century, the work was carried out on an industrial scale, in the mines appeared mechanization. 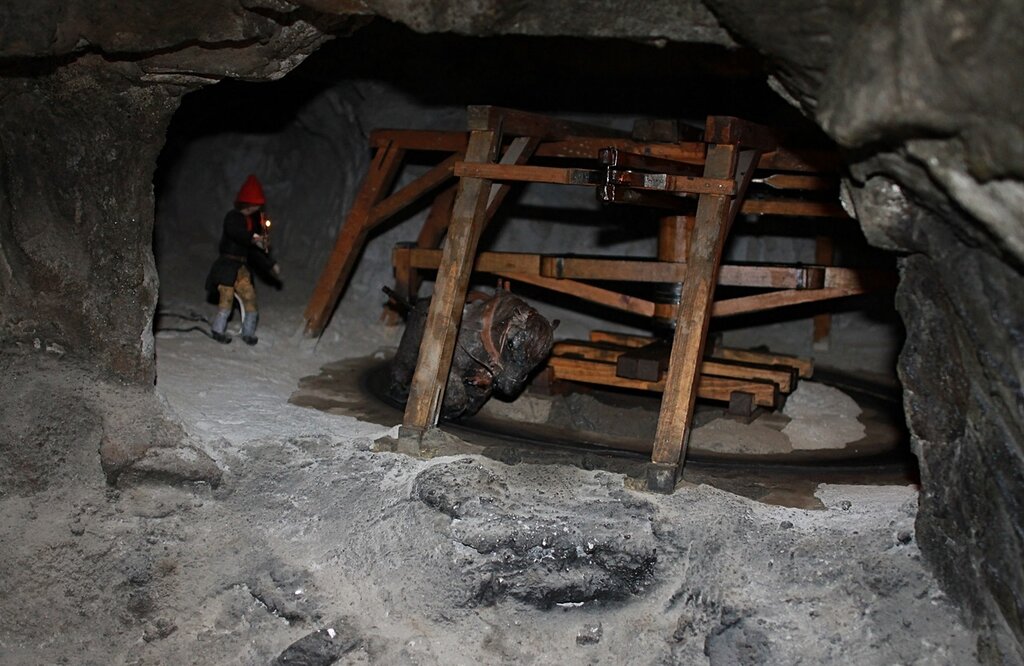 Mechanisms were driven by horsepower in the literal sense. 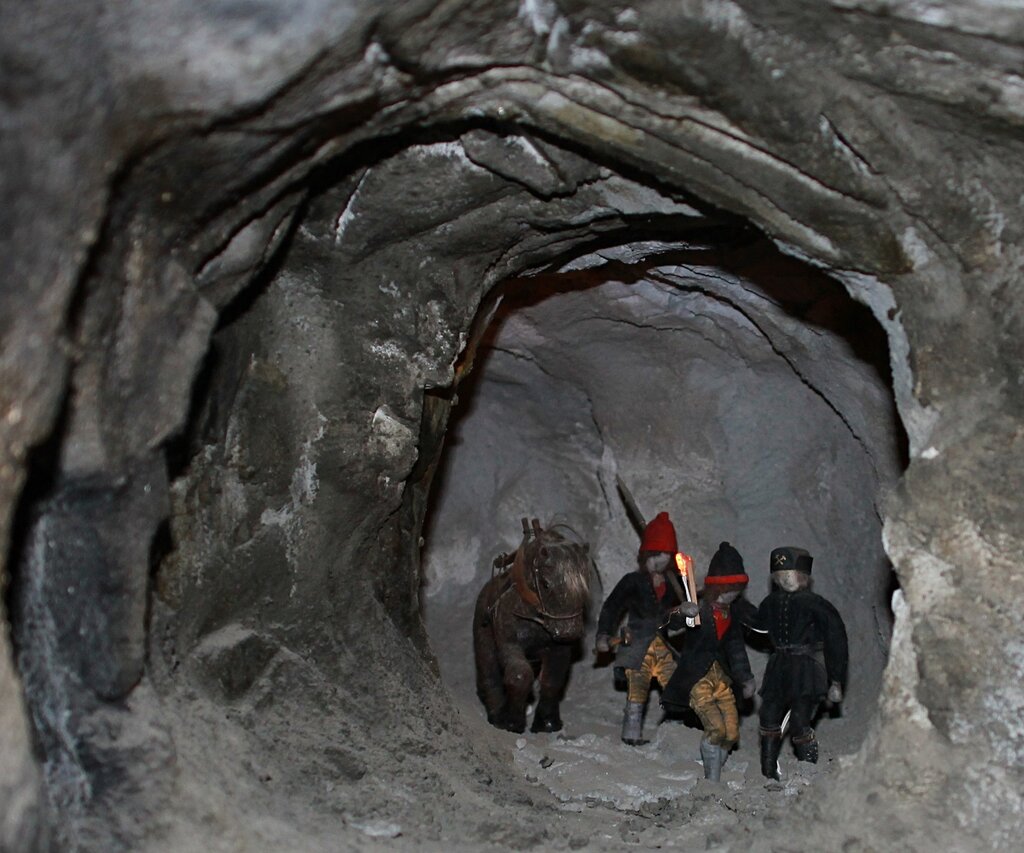 Horses went around the circle, rotating the drums, 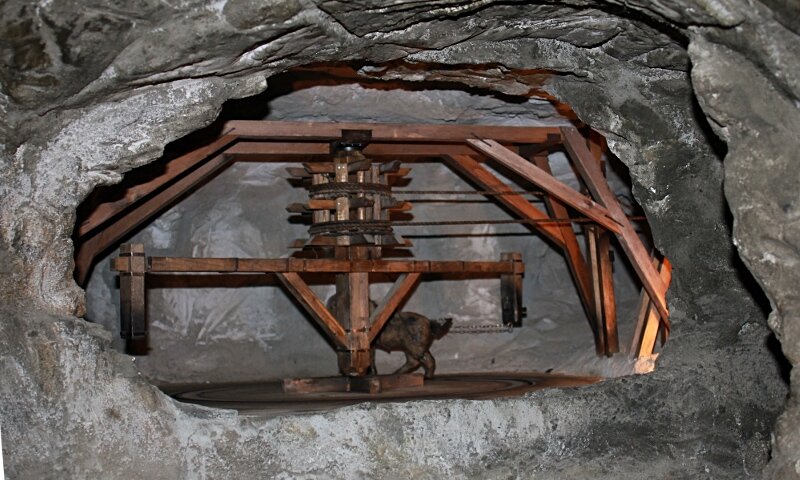 And powered conveyors to move ore through underground galleries. 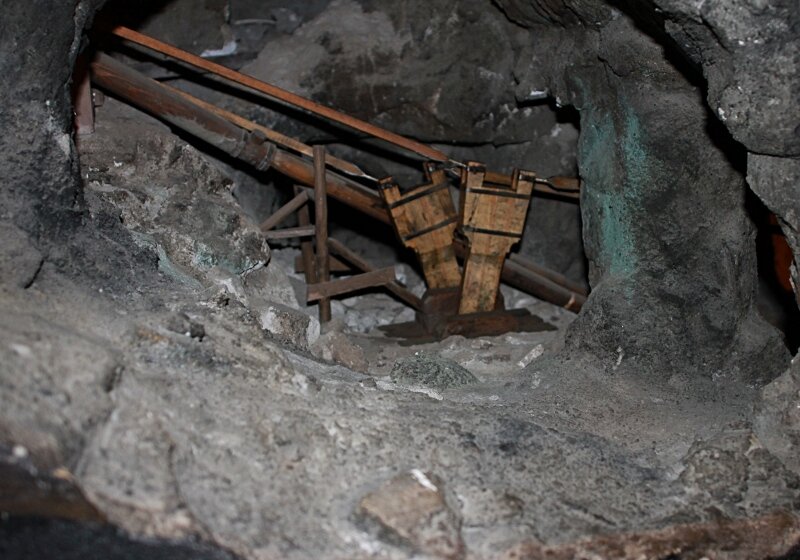 Mechanical winches were used to lift ore from mines. 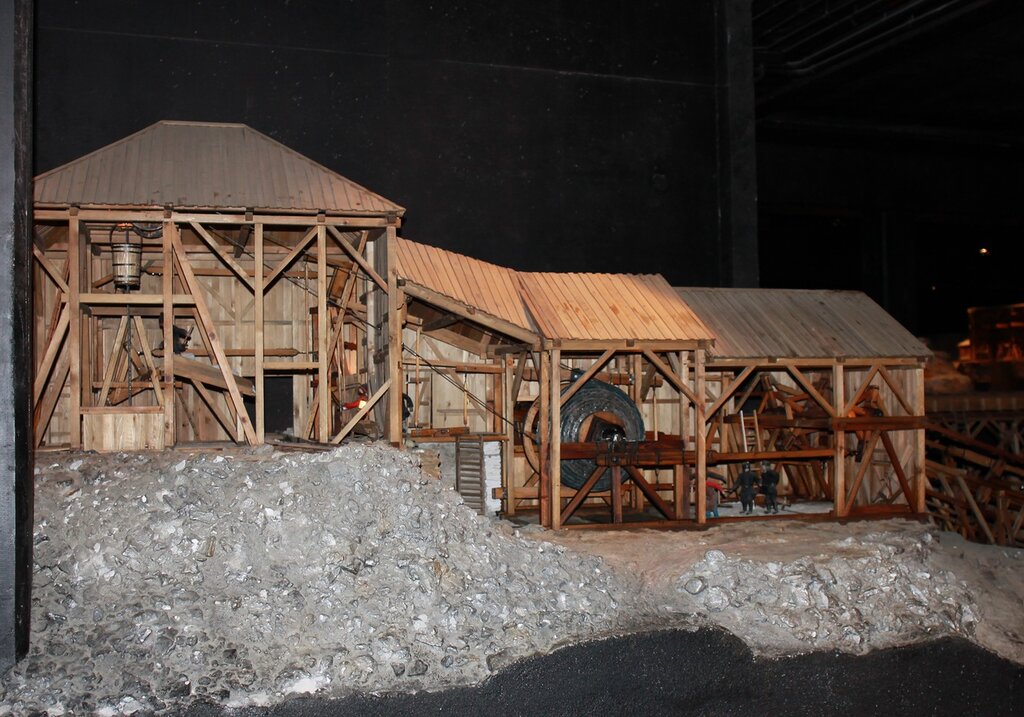 For this lifts, the energy of rivers was used, dams with water wheels were built. 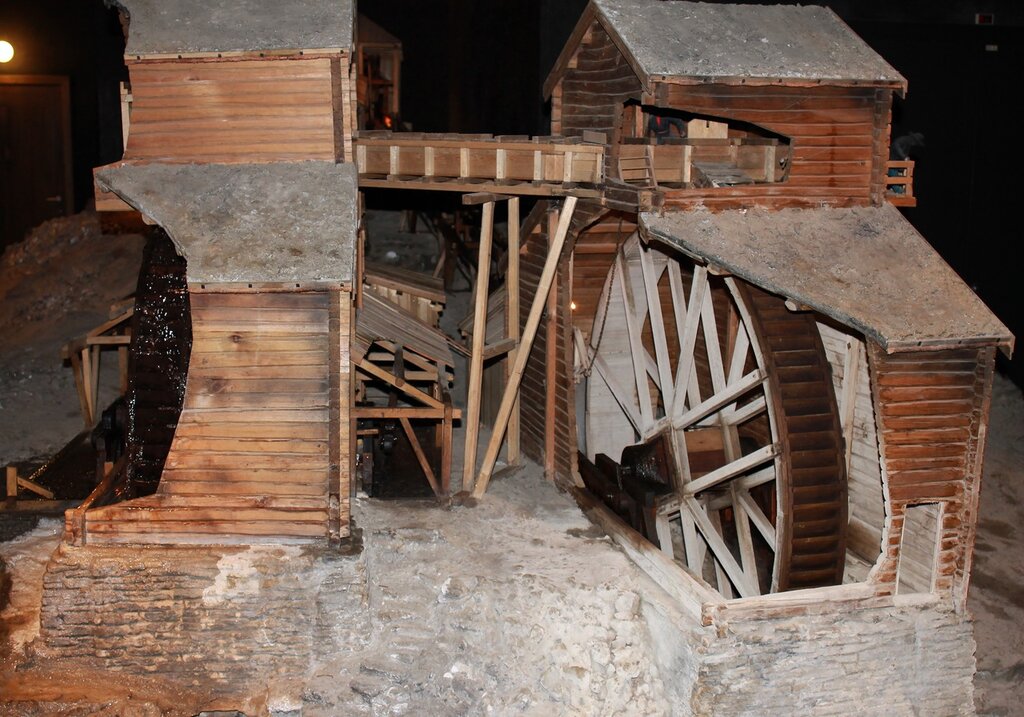 The mechanical energy from the water wheels was transferred to the lifting mechanisms through long woodeb transmissions.

For water evacuation from the mines used a multi-stage pump. 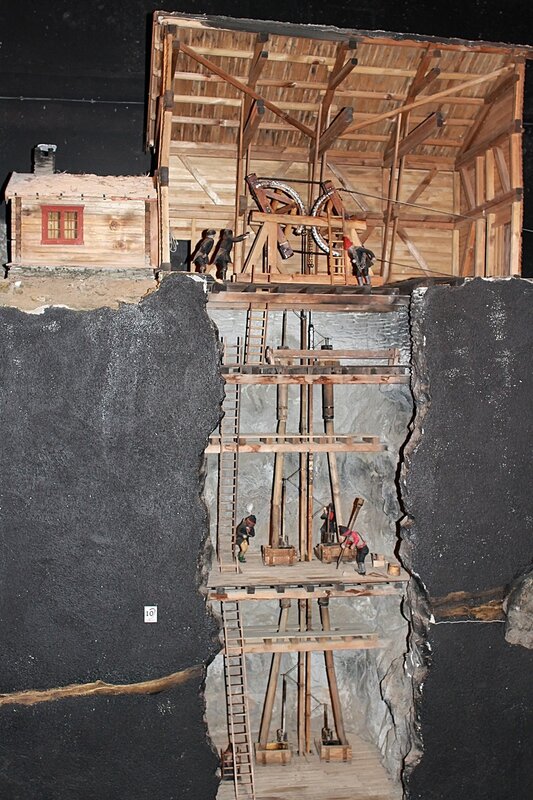 Water was the main source of energy in the 18-19 centuries. In the middle of the 19th century, steam engines were already widely used in industry and mining, but they were not used in the Røros mines due to lack of fuel. The surrounding forests were cut down, and the delivery of coal was unprofitable. So Røros, bypassing the era of steam, in the early twentieth century immediately entered to the era of electricity. The generators were driven by the same energy of falling water. Although copper smelting in Røros was completed in 1953, ore mining continued until 1977, it was sent for processing to more modern enterprises by rail. 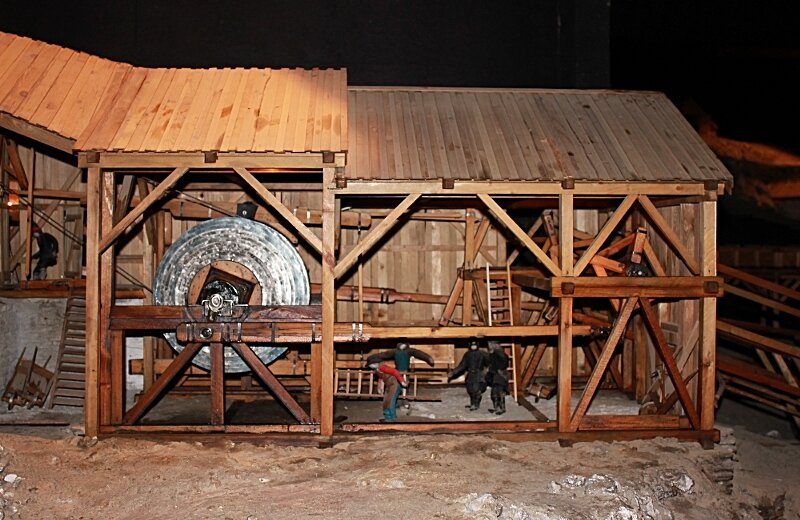