Near the smelter flows the Røa river, which gave the name of the town. 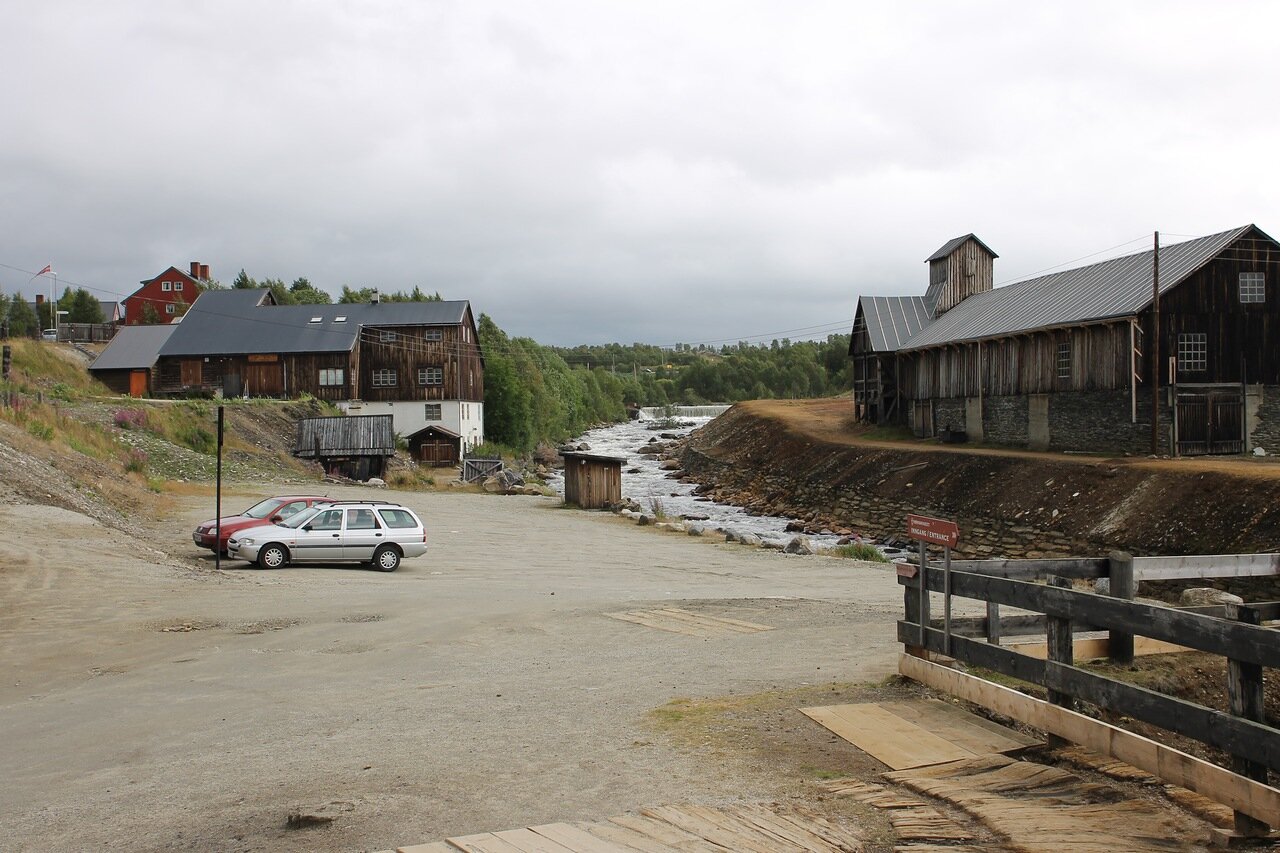 For two centuries the river waters remained the main source of energy for mining and metallurgical production. Water wheels were set in motion mine hoists and the blast fur furnace. 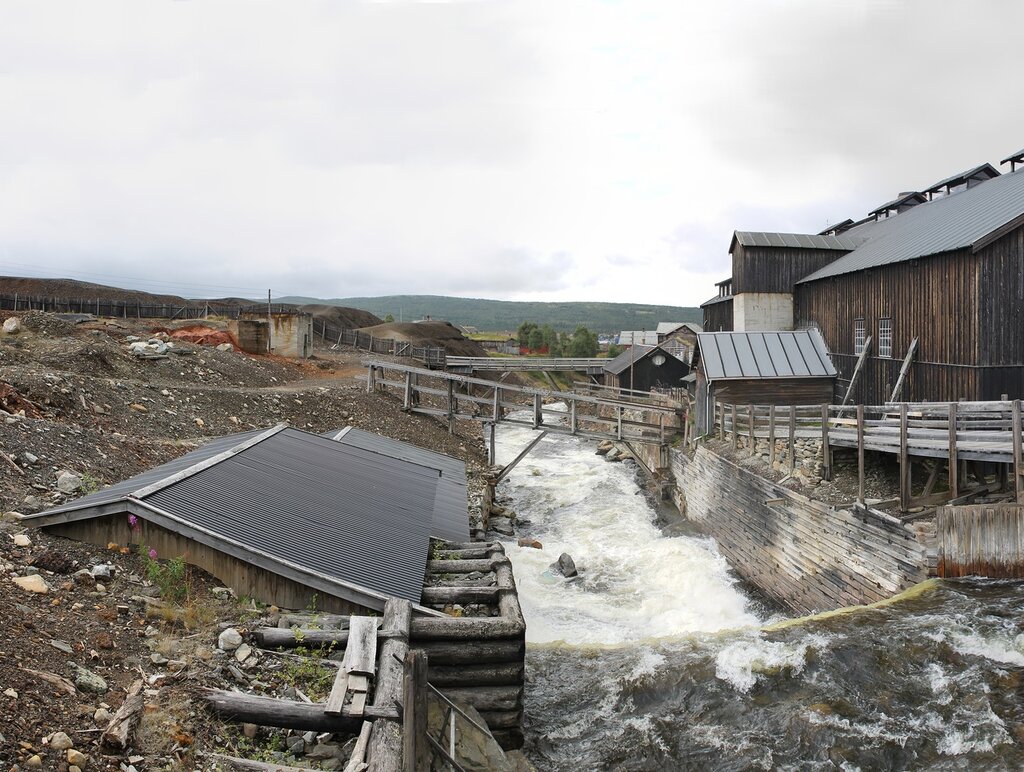 In the mid-17th century on the river was built dam. The water from the upper part of the dam came through wooden trays to the smelting house, located below, and its weight rotated the wooden wheels, which set in motion the mechanisms. 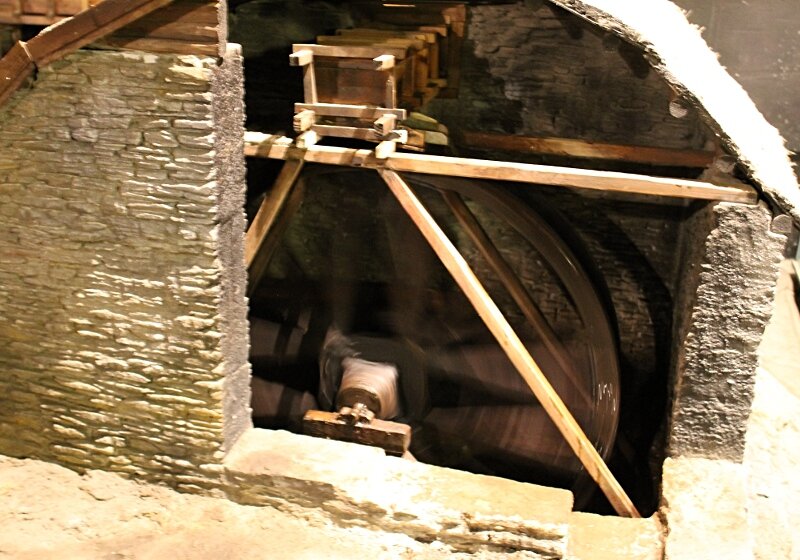 It is amazingly that such a small river had enough energy for one of the largest production facilities in Europe. 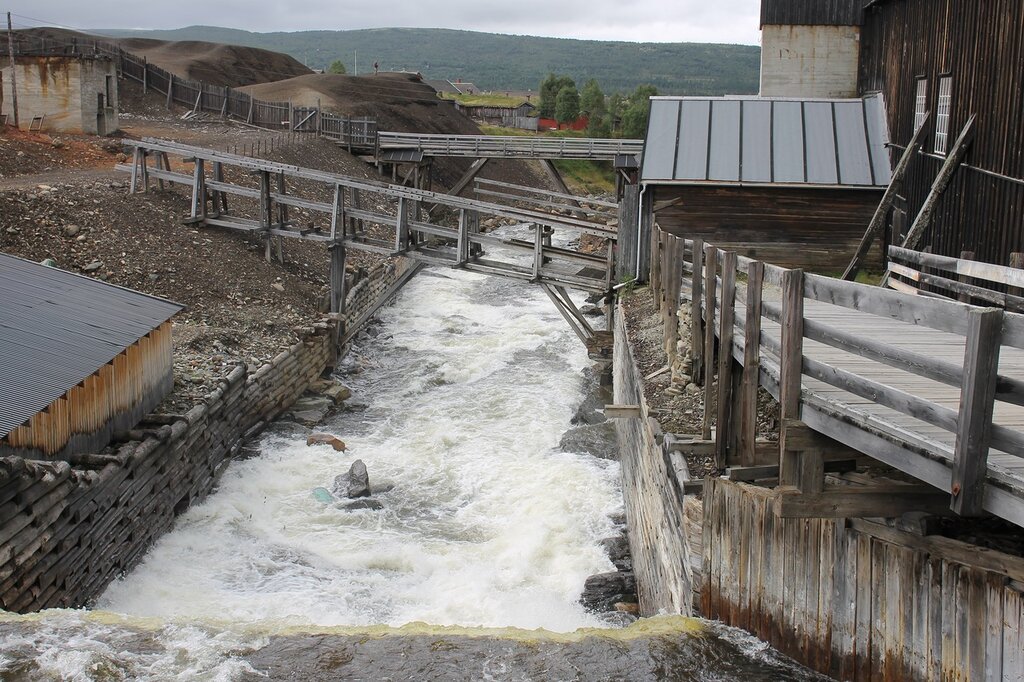 Slag dumps formed during the operation of the smelter. I think the top offers a wonderful view, but to climb there was no time. 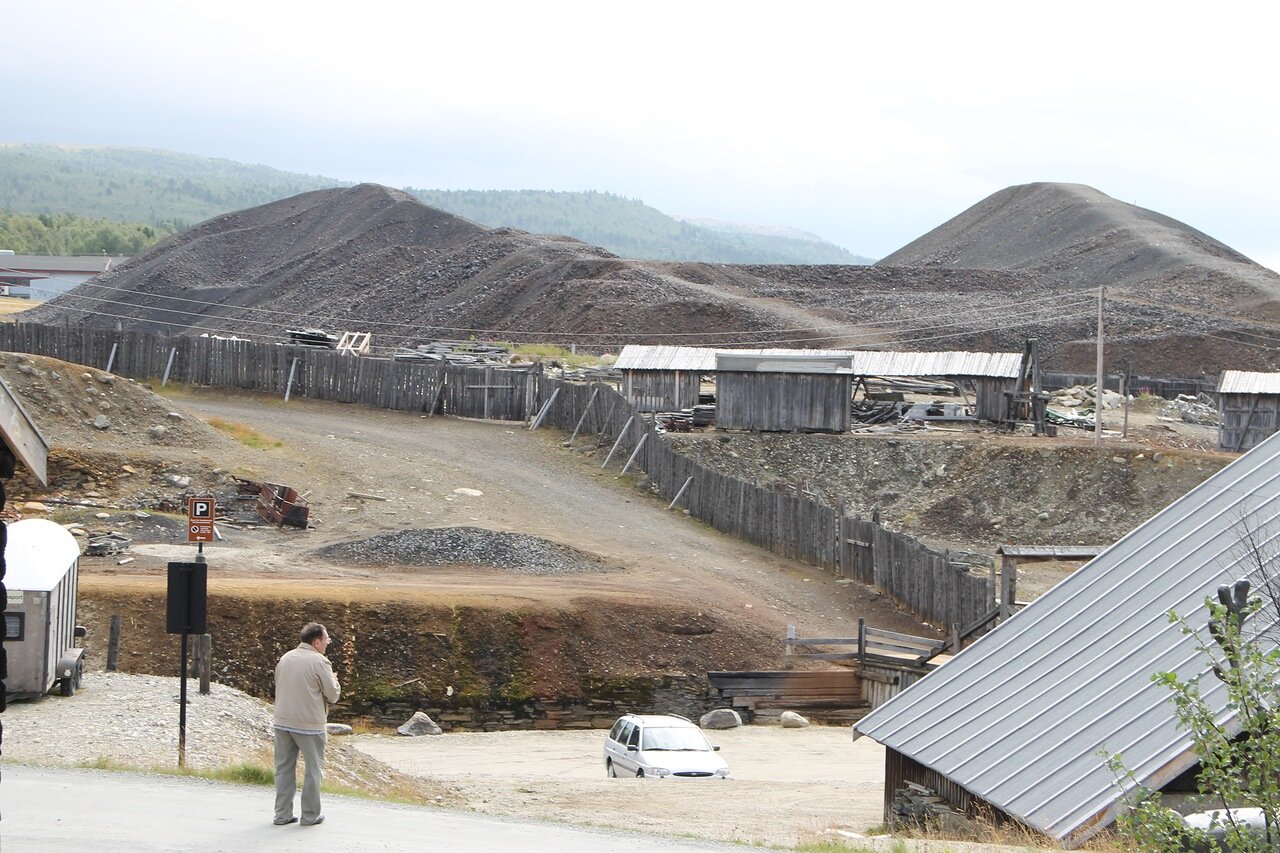 Part of the dumps was later built up with houses. 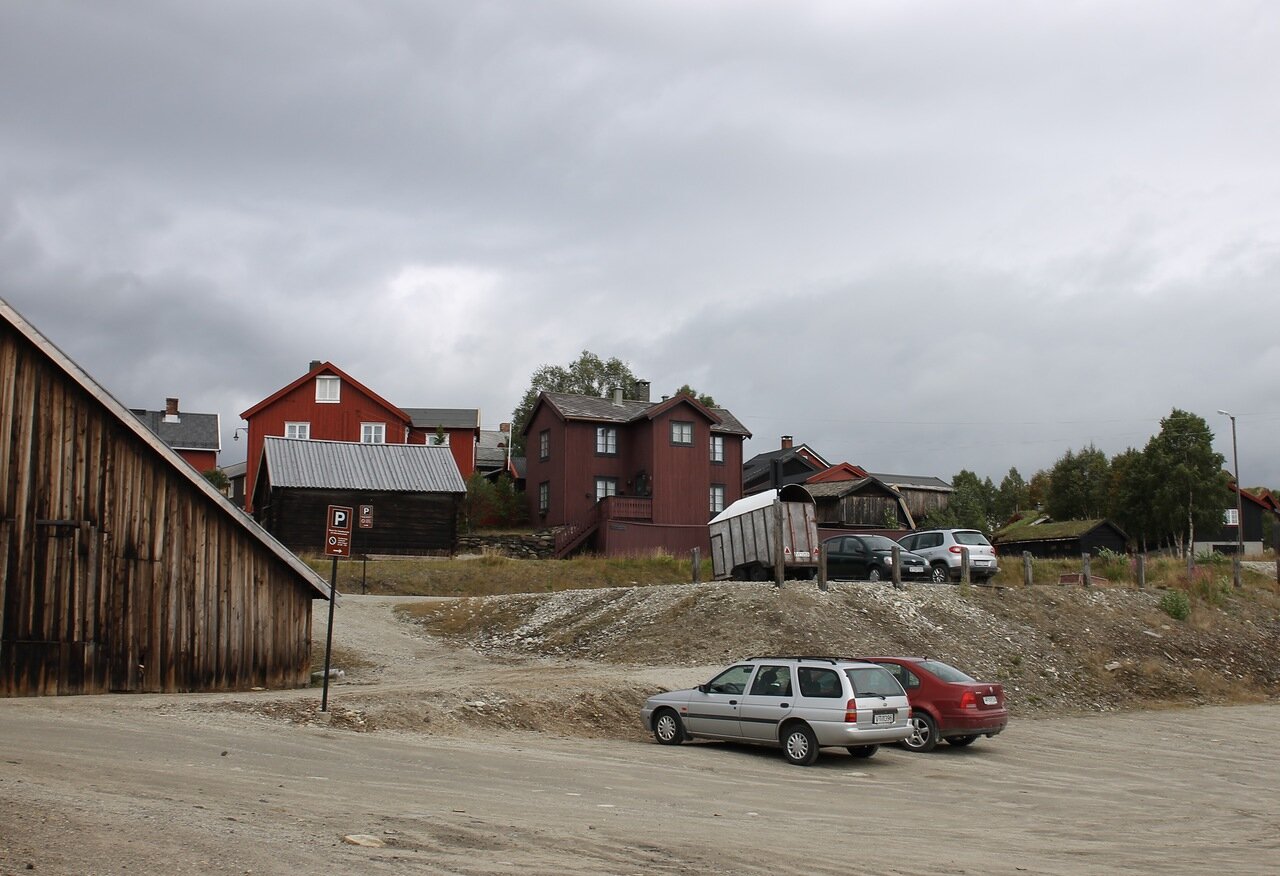 Along the banks of the river and at the smelting factory you can see the oldest buildings of the Røros. 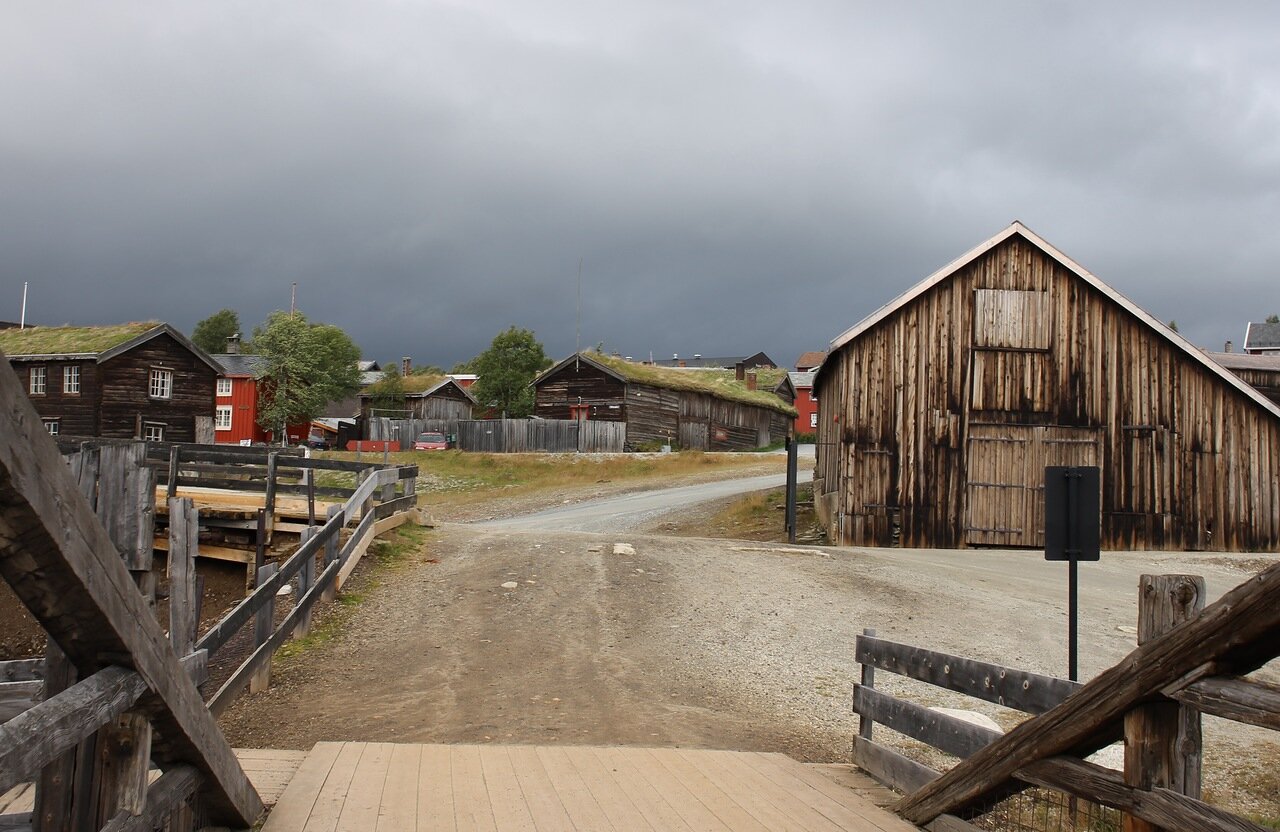 In the 17-18 century there was the center of the mountain town. 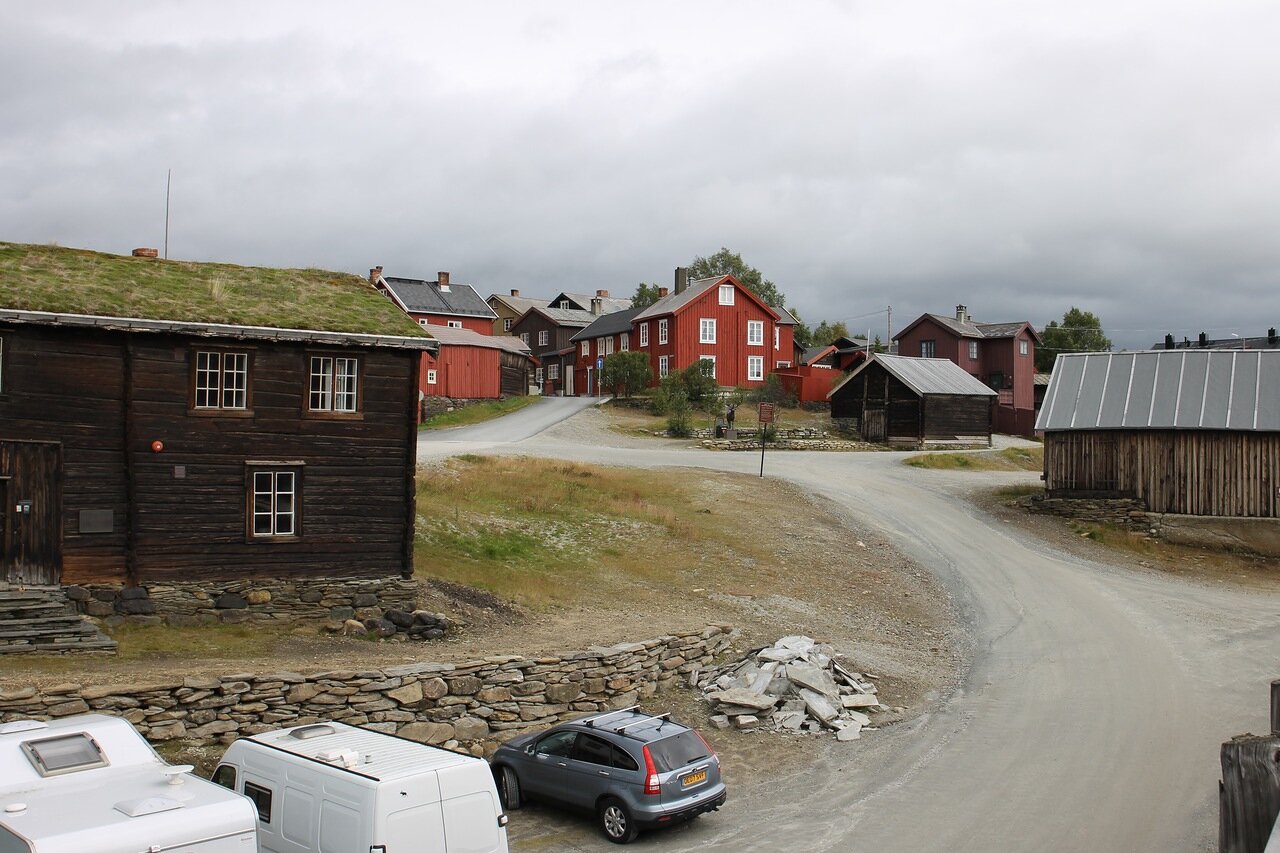 In such houses lived a family of metallurgists and mining workers. 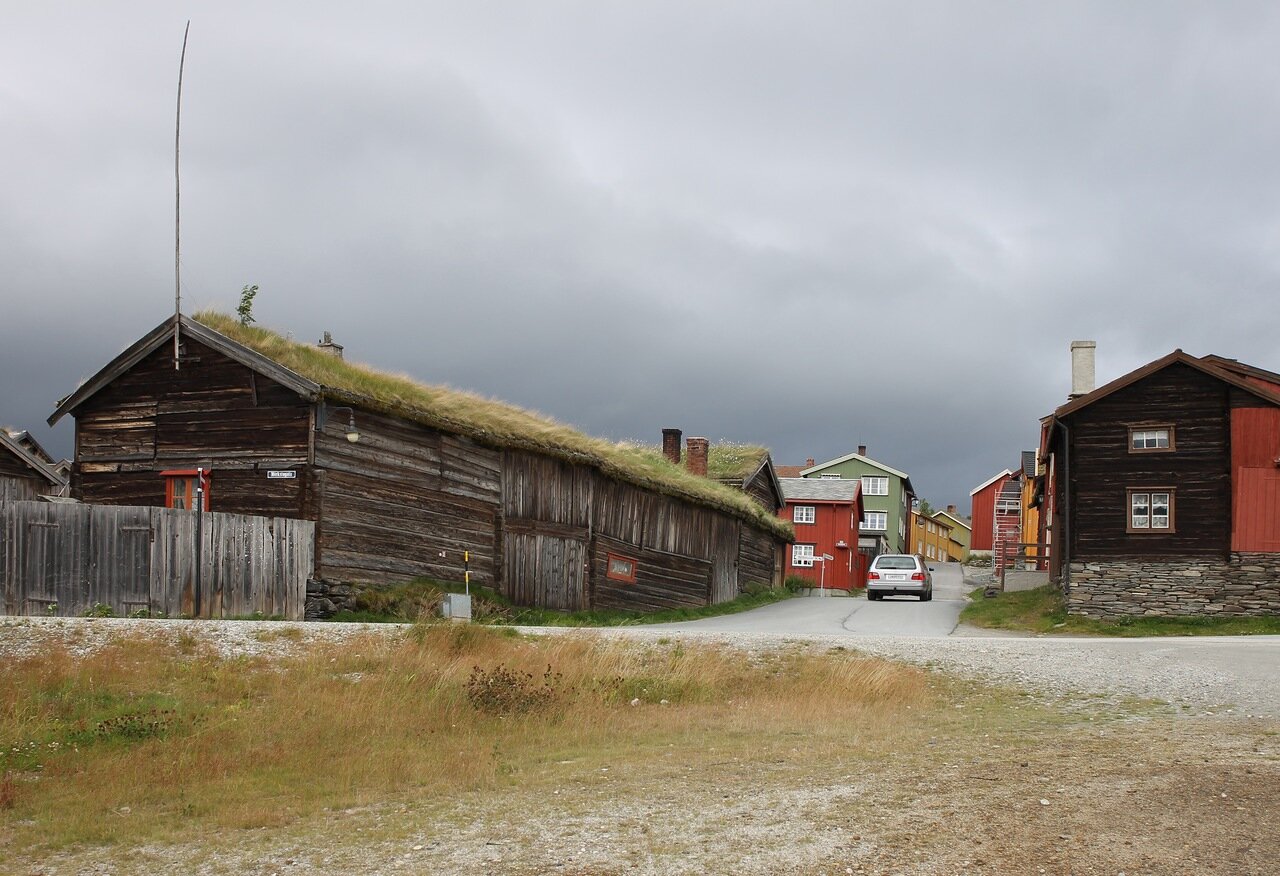 The main building material is wood, but some houses are more than 300 years old and do not look dilapidated. 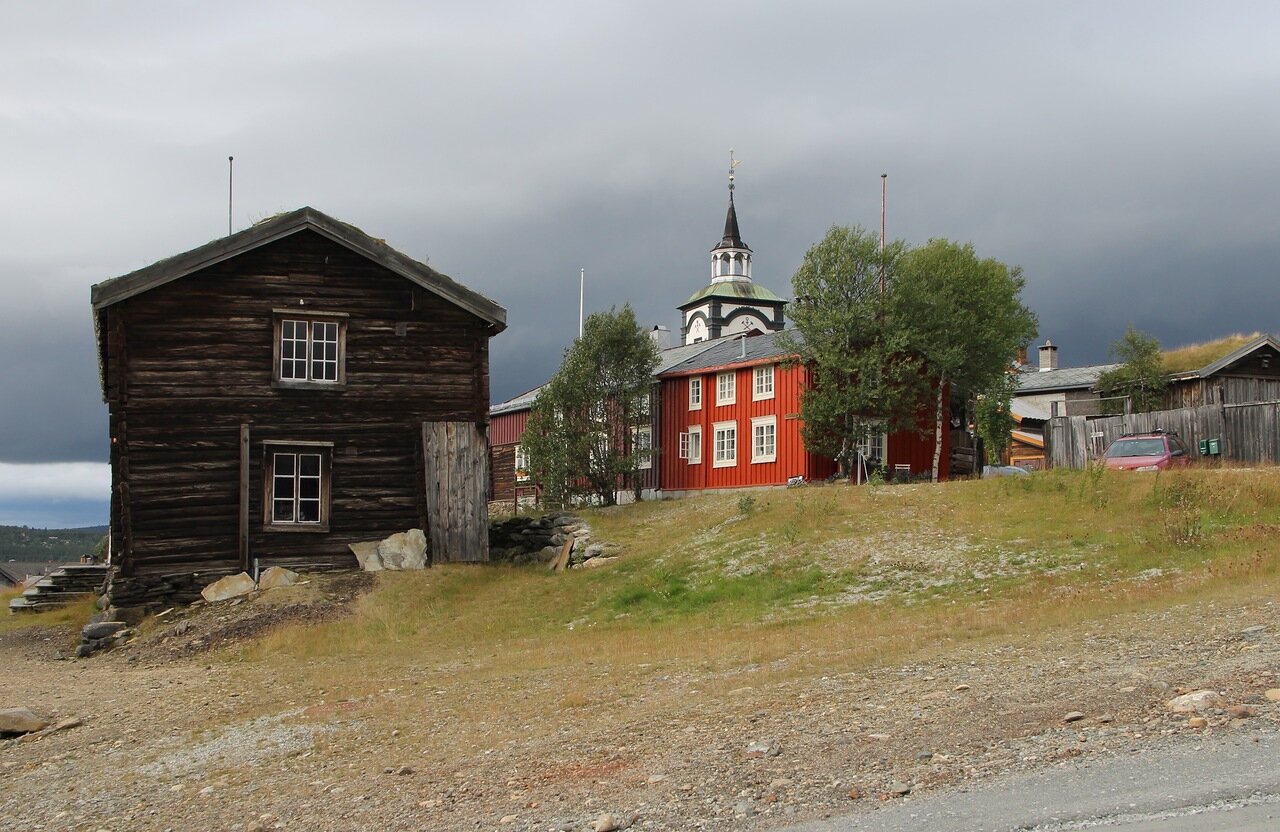 Reindeer is an indispensable attribute of any Norwegian city. Anyway, I met them absolutely everywhere I was. It's like a monument to Lenin in Soviet cities. Reindeer husbandry is still the main activity of the Saami who live in the area. 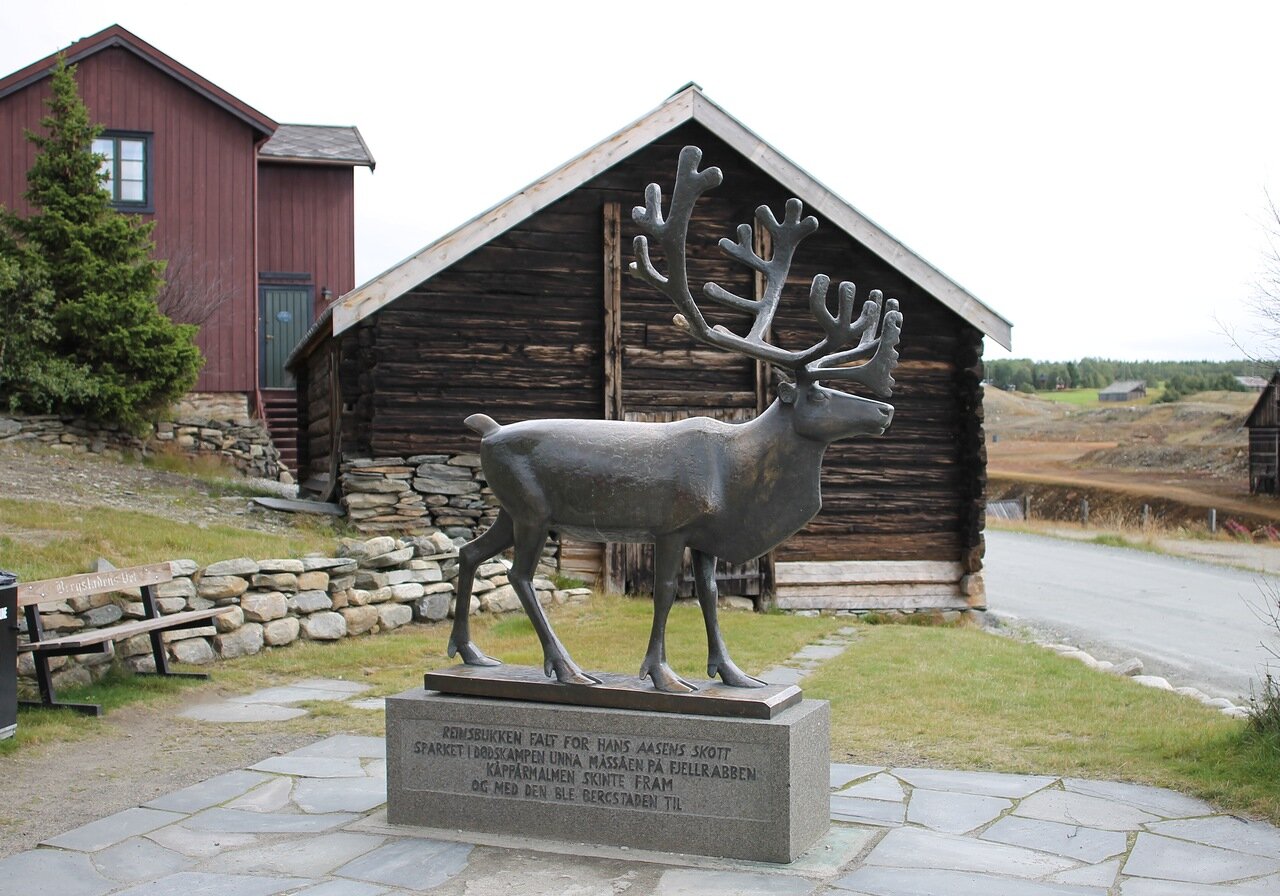